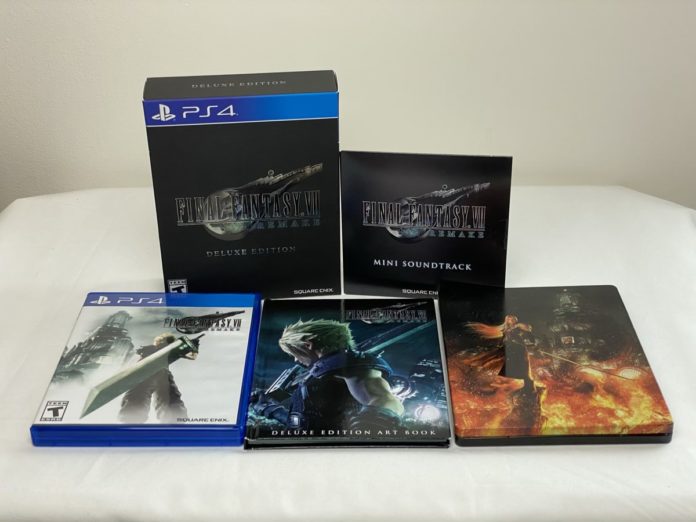 Now that The Last of Us is behind me now, I am taking on Final Fantasy VII Remake and I am loving every delicious second of it. I was one of the very few lucky ones to have pre-ordered the Best Buy-exclusive Deluxe Edition with a Gamer’s Club discount and despite what eBay sold listings were telling me, I opened it. 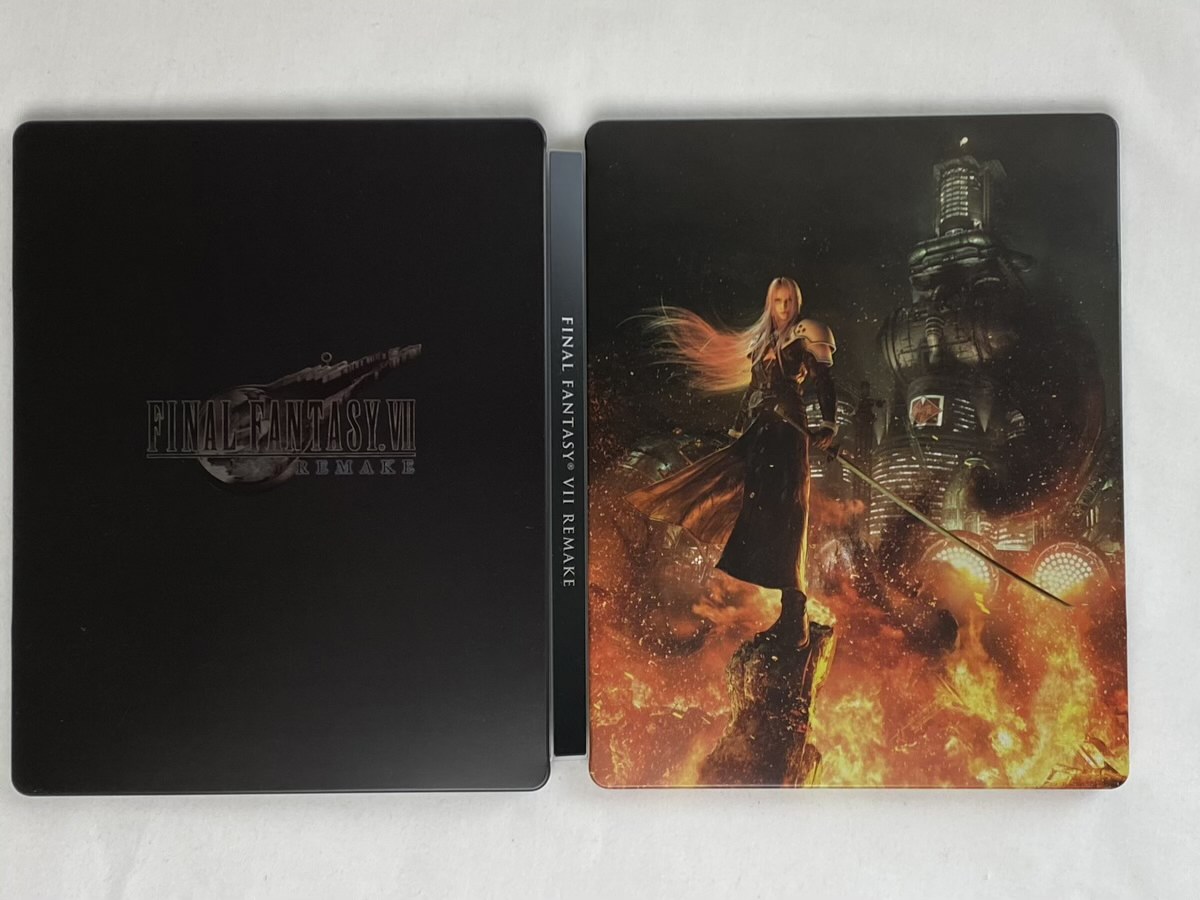 Here’s the SteelBook. Choosing the villain to be on the cover is puzzling but that seems to be the norm for SteelBook covers. The back and front covers should have been swapped as that would have made much more sense. 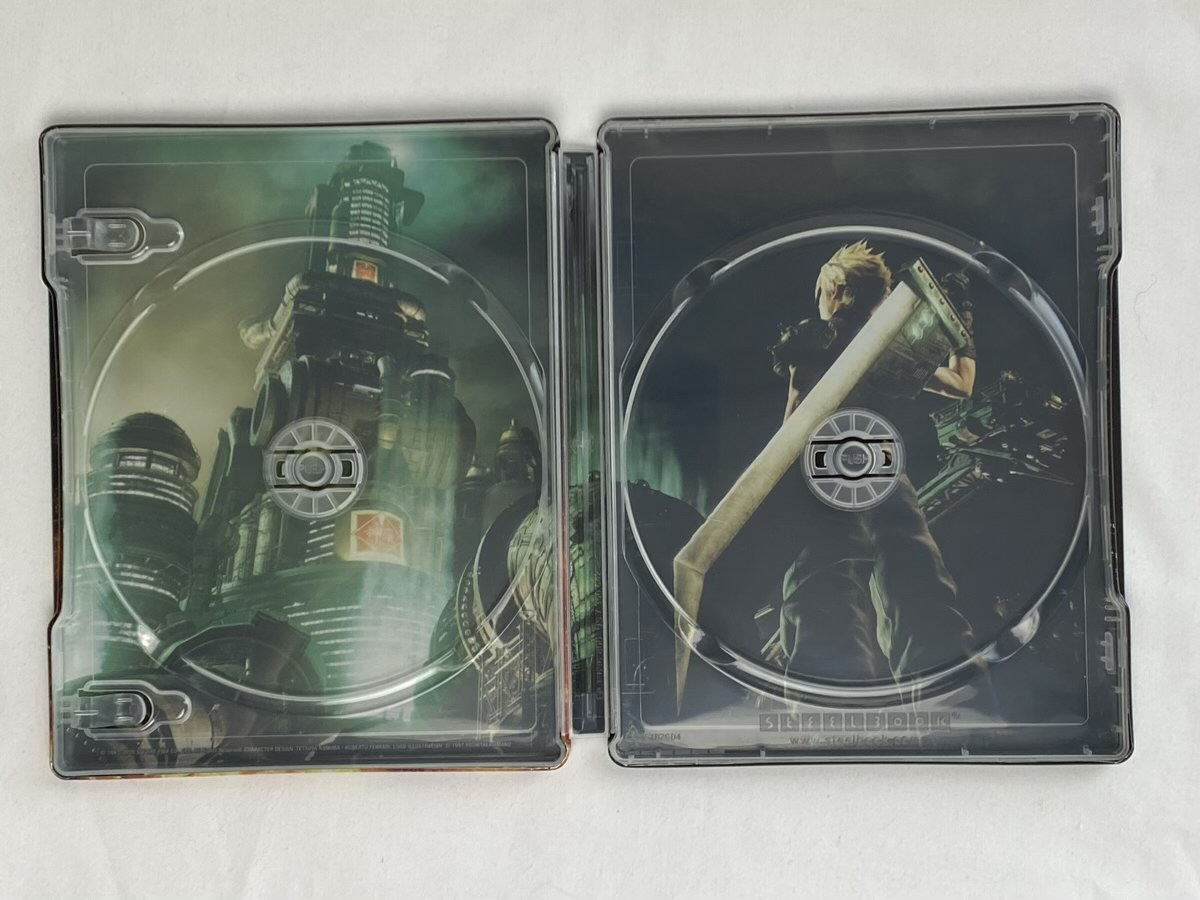 The inside of the SteelBook shows the iconic poster image of Cloud staring at Shinra Headquarters. 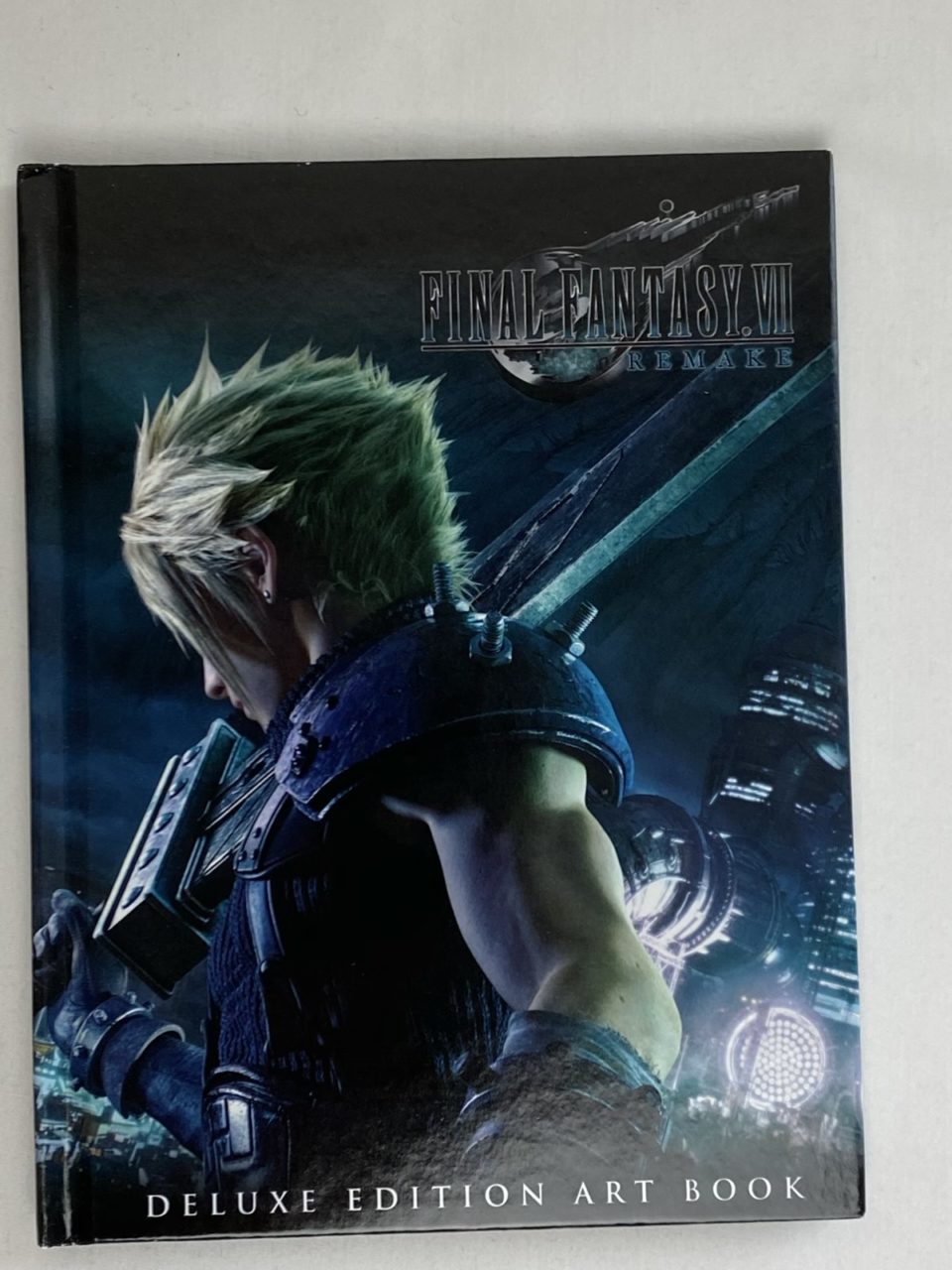 I’m a sucker for art books for beautfiul games or games I’m a big fan of. Even though it may be a smaller size than a normal book, it still had plenty of illustrations to pore over. 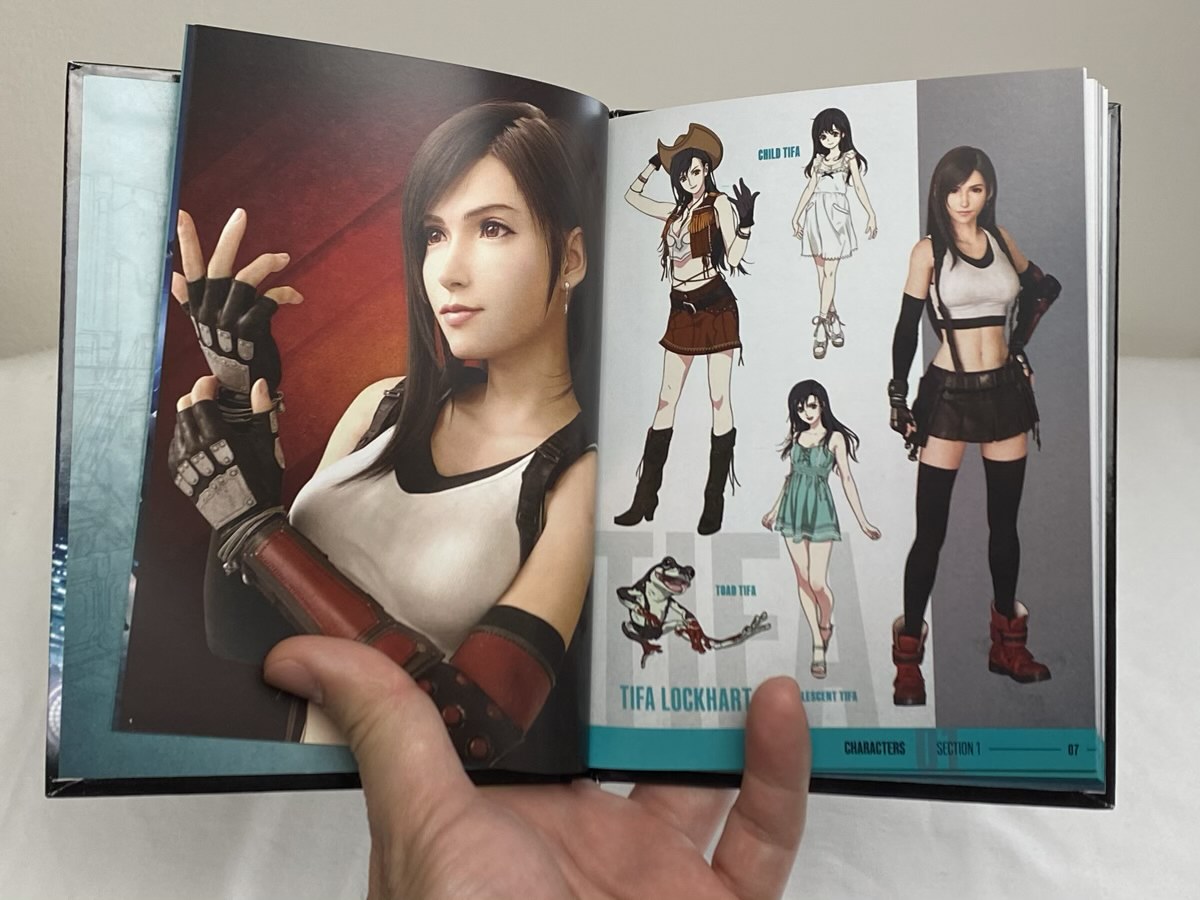 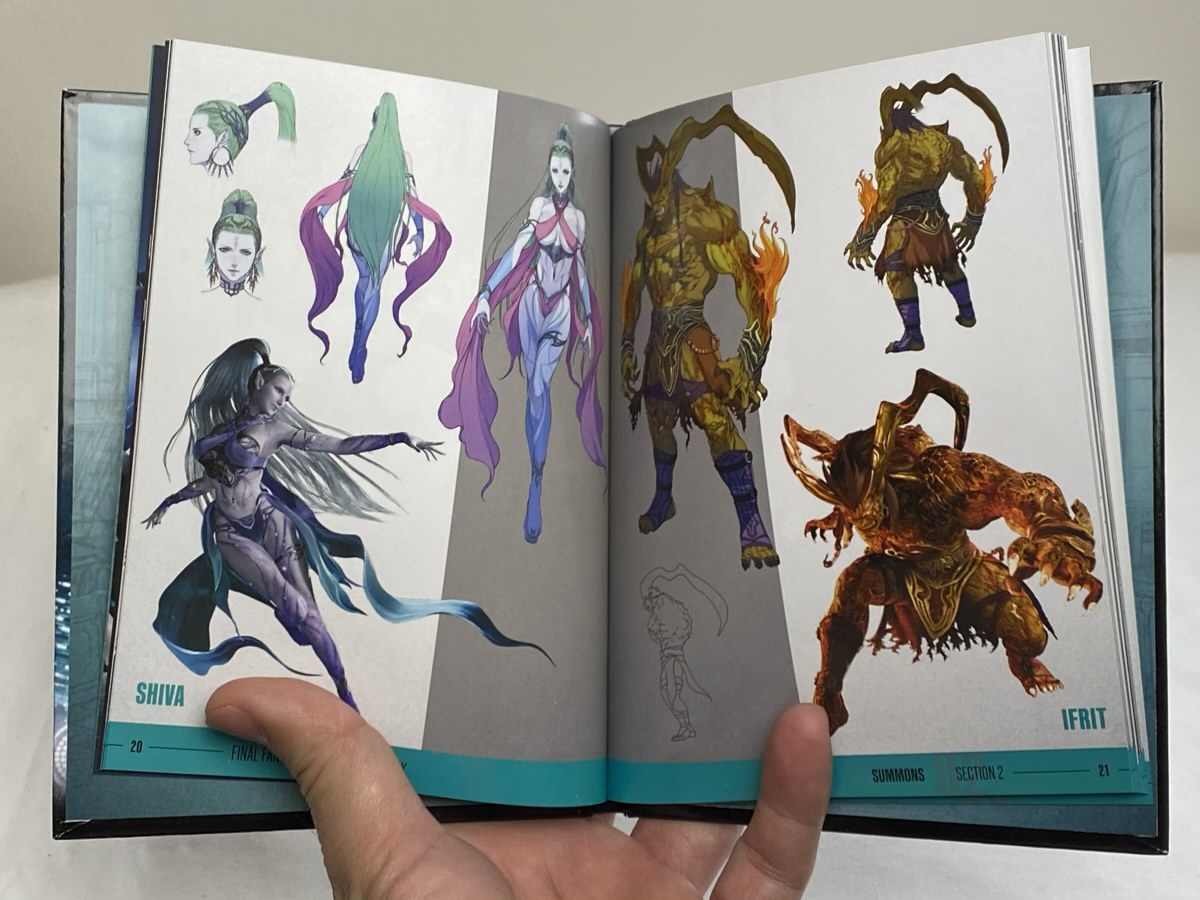 All the playable characters are featured and a bunch of the monster enemies you fight are in it too.

The Mini Soundtrack has a selection of music, hopefully in a higher fidelity than the jukebox tunes you get in the game. Love the music, but I may never crack this open. It’s got that cruddy circular tape to seal off the edge. It sucks to try and remove a tape seal from black cardboard as there’s a high chance you’ll tear it. My OCD would not like that. 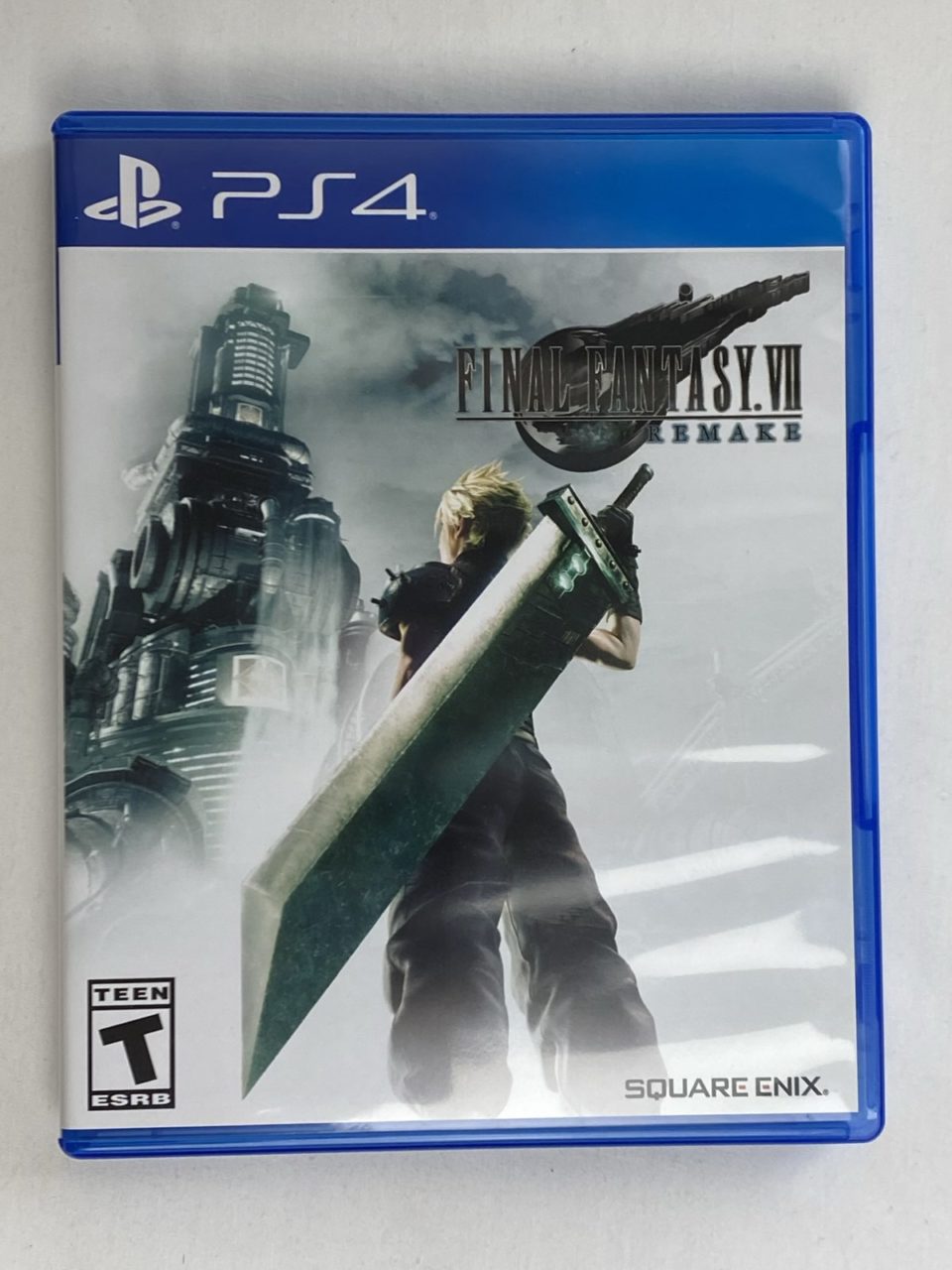 And of course, the game case featuring that same iconic imagery you see from the inside of the SteelBook. I liked the alternate printing of the cover better: 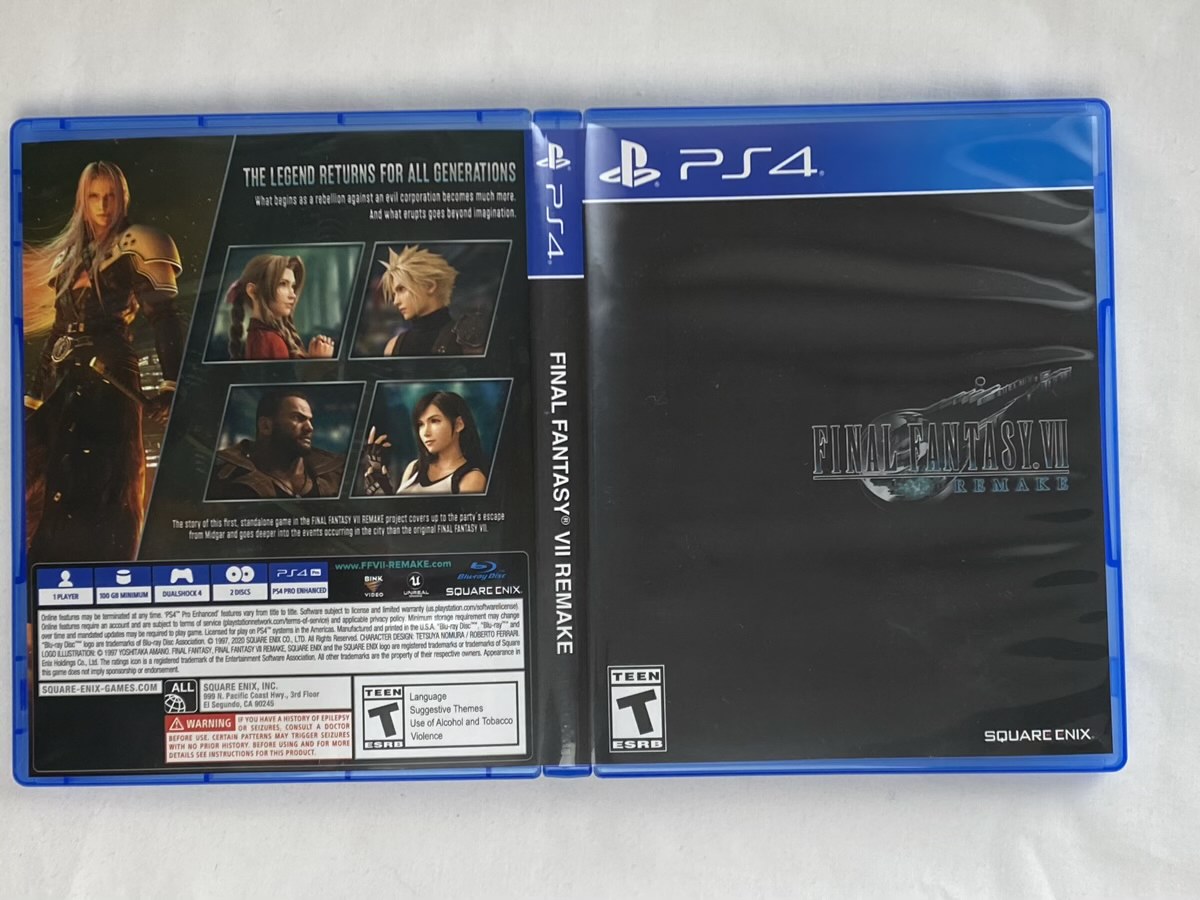 See? The logo on the front with Sephiroth on the back is better than what the SteelBook ended up being. Oh well.