Long rumored, finally confirmed, is a huge slate of upcoming Mario titles for your Switch and new Game & Watch handheld between now and next year (and in a few cases, only until next year). It’s hard not to get excited about a lot of these, even though there are a couple of conspicuous absences in the mix that I’ll talk about later.

It was a little bit of a misdirect to start, since it was showing a game that was already on the Switch as part of the Nintendo Entertainment System app… then it zoomed out to show a wonderful handheld Game & Watch special edition. A full color LCD screen, which also functions as an amazing little watch! It’s slated for a world-wide release, but only up for pre-orders in Japan, and supposedly will be in stores on November 13th. Funnily, that’s also a rumored date for the upcoming Xbox Series X or the PS5… and I can tell you where your money is better spent.

Next up is another WiiU port coming to the Switch. I’ve been pretty up-front that I have no issue with older games getting ported to newer systems in general (so long as there’s actual effort in moving it, and not the scams that are being done on the next-gen launches with Activision or 505 Games). That’s especially true with the WiiU, a game console that a few dozen people owned when it was out (okay, 13.5 million, but that’s stillÂ tinyÂ for a console from Nintendo). Like New Super Mario Brothers U Plus Ultimate Switch Pineapple Made-Up Words edition before it, it’s designed for co-op play, but still looks like a blast.

A couple of games that are coming out are locked behind the Nintendo Switch Online service, with Super Mario All-Stars coming out with “updated graphics compared to the NES and Famicom version,” which is to say it’s just the SNES version being added to that app later today.

More interesting than another re-release of All-Stars is a new re-release of the original Super Mario Bros., except as a Battle Royale game in the vein of Tetris 99. BR isn’t really my thing, but it’s still a very interesting take on the game. It’s coming out October 1st, requires having Switch Online… and will only be available until March 31st of 2021 (though if 2020 is any indication, next March is still at least 7 or 8 years away). 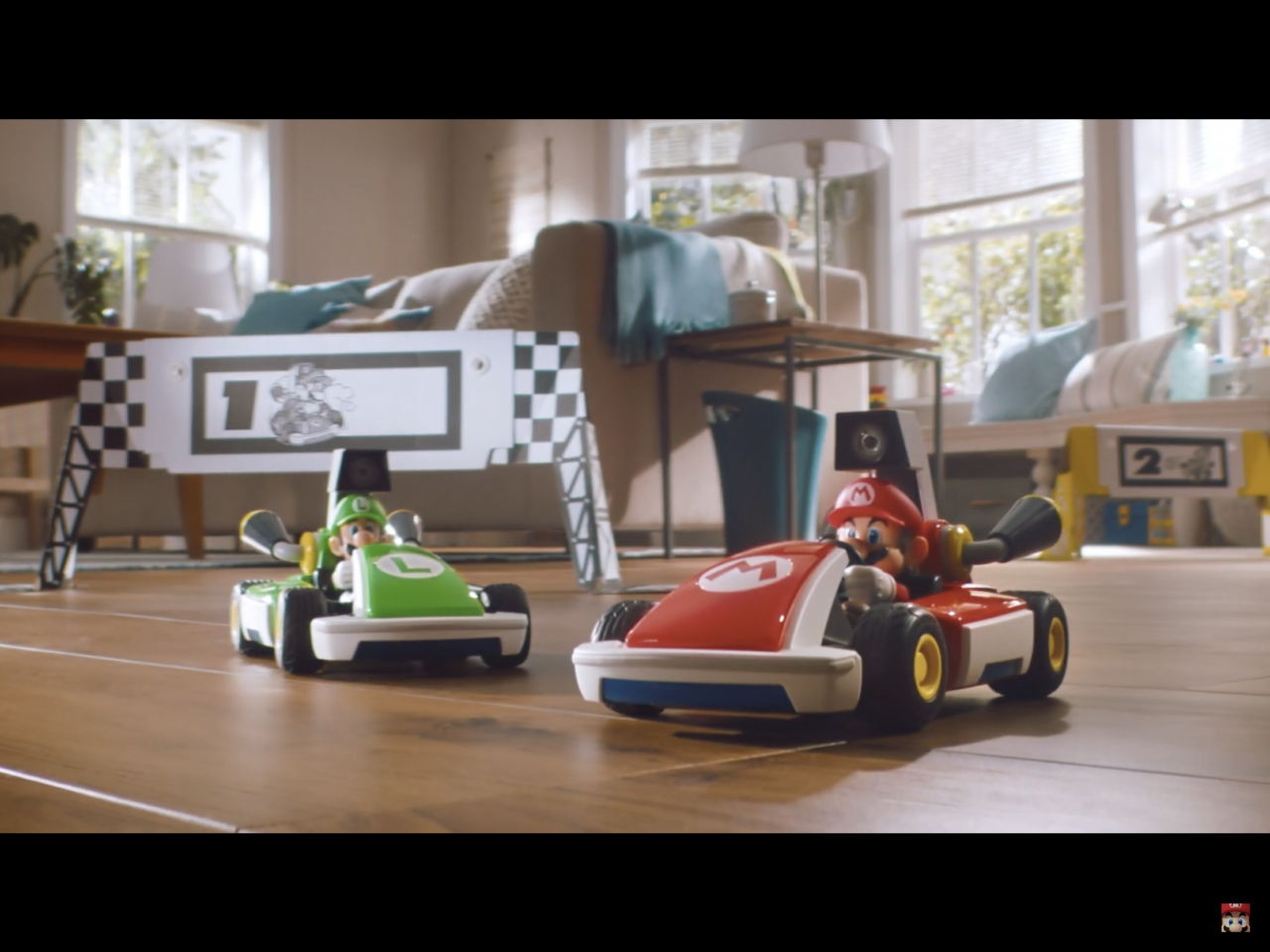 Did you know that Mario Kart 8 Deluxe is the best selling Nintendo Switch game of all time (though Animal Crossing will likely eclipse it by the end of the year)? I own the game, and I’ve played it maybe 3 or 4 times, but it was a launch title, and something to do when we weren’t playing Breath of the Wild (which, oddly, was the best selling launch title… but obviously had a ceiling).

While a new Mario Kart game would likely be welcome by many, we’re not getting that… what we are getting is a weird Toys-to-Life game that blends our living rooms, Switch systems, sells us RC cars and gates, and somehow imagines a world where people actually get together in real life again. Coming out on October 16th, the base set looks to include Mario and Luigi, but there are pricing details yet.

This is a fascinatingÂ idea, but I have doubts on how viable it is. Based on the fine print, you need to have multiple systems to control multiple karts, as well as buying the cars to race with. There’s no indication that it can be played online… that honestly wouldn’t make much sense, given the AR nature, and that is a huge limiting factor even without a pandemic. Pricing will be key here, but given that the cars seem to be remote controlled with the switch and have a camera in them… and will carry a Nintendo tax, it’s not gonna be cheap.

My Nintendo Rewards and Merch 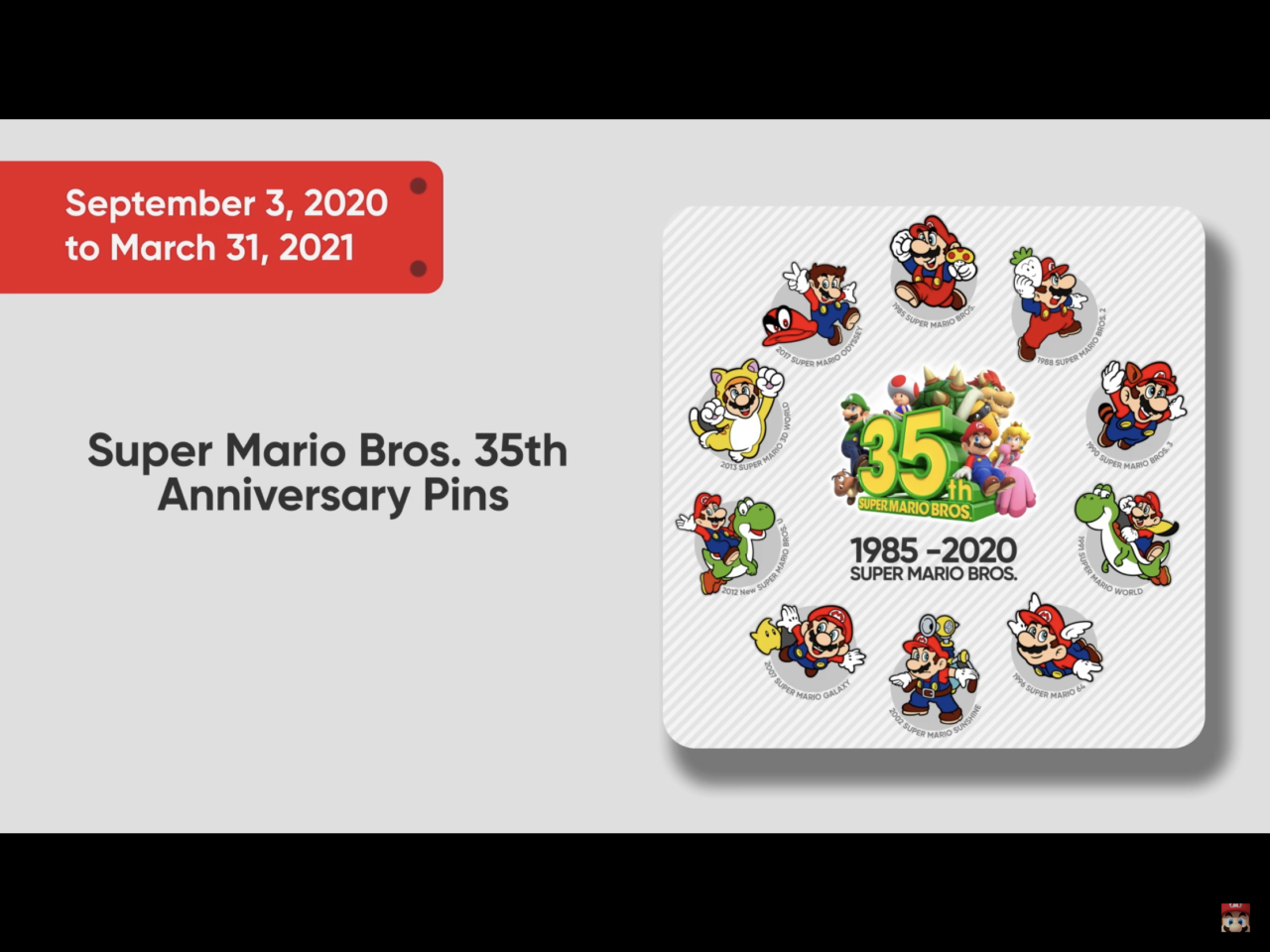 Because this is a half-year event to celebrate an anniversary, there are a bunch of activities and merch popping up to go with it. Missions kicked off today on My Nintendo, including a contest to win a Switch, eCards, Mario themed Jenga and Monopoly, and a cool looking but likely terrible PowerA controller. There’s also a pin-set… in truth, seemingly more than one, as the one available is only half of what they showed in the preview, that requires completing missions, and purchasing Super Mario 3D All-Stars from the eShop.

The NYC Nintendo Store, as well as their online shop since most people aren’t in NYC and it’s a very bad idea to travel right now, is going to have a lot of 35th anniversary merchandise. Other Nintendo titles are getting in the mix for the anniversary too, with Mario Maker 2 getting updates, Splatoon 2 getting a Mario-themed splatfest, and Animal Crossing getting Mario-themed furniture.

Of course, the big news that a lot of us had been waiting for, if you followed the long rumored-releases coming up… is Super Mario 3D All*Stars being released for the Switch, with three classic titles: Super Mario 64 (Nintendo 64), the vastly underrated Super Mario Sunshine (GameCube), and Super Mario Galaxy (Wii). Curiously missing from this collection is Super Mario Galaxy 2, which was rating extremely high by players and critics alike. It wasn’t even shown in their montage at the end of the Direct… while equally ignored titles like Super Mario Land on the Game Boy were. 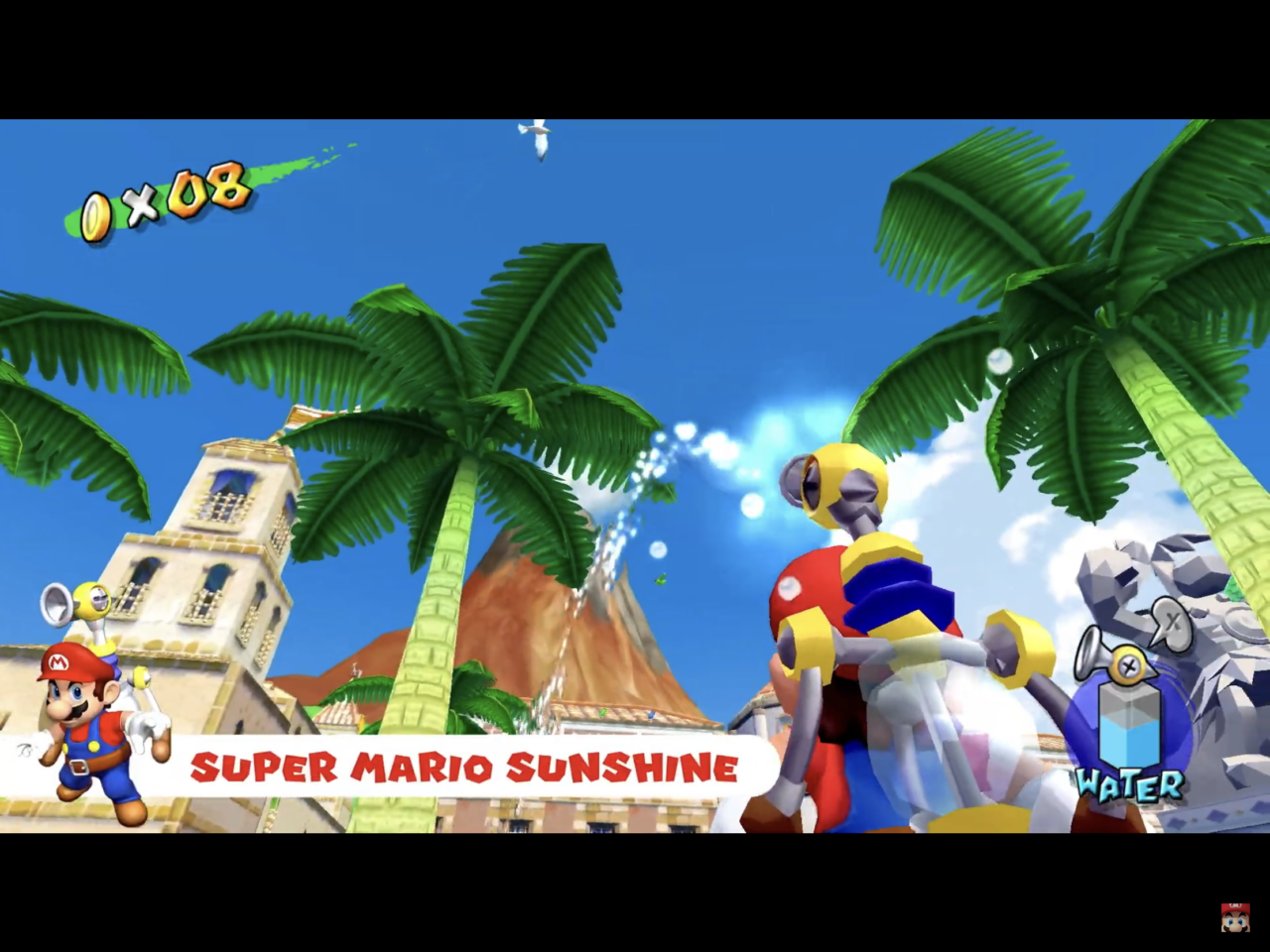 The biggest benefit of these games is that all the graphics have been updated, but don’t look like the core game has changed… and the video has been expanded and optimized for modern widescreen televisions. That alone is worth the price of admission for this $59.99 re-release that will be coming out in just two weeks, on September 18th. It will be getting a limited edition physical release as well… in fact, the whole game is a limited edition, only being offered until March 31st, 2021. Which is kind of bonkers. 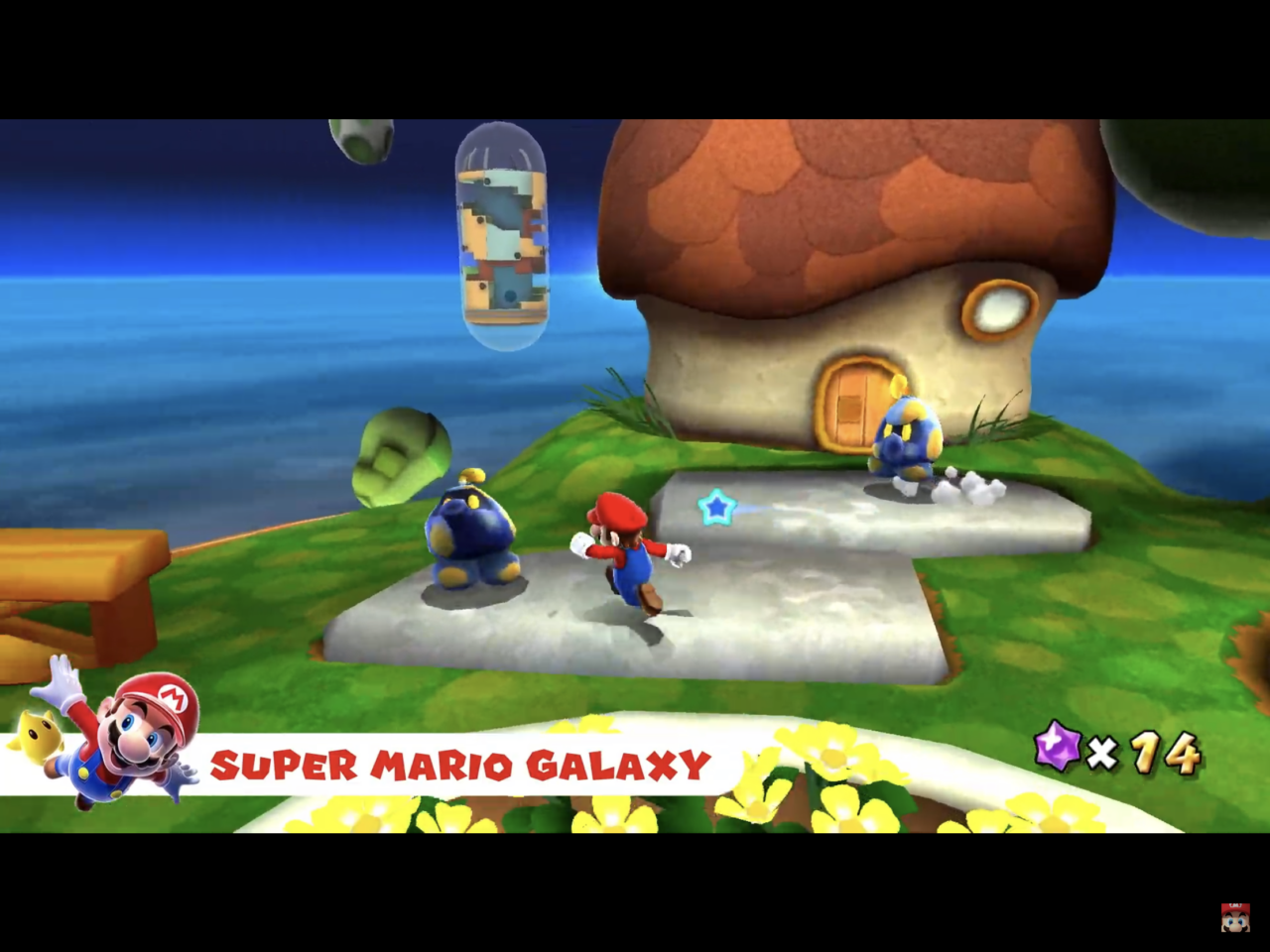 I’m looking forward to getting back to Sunshine, but also to play Galaxy, which I missed out on having skipped the Wii generation entirely. I have a copy that I could put into my WiiU… but have never gotten around to it. 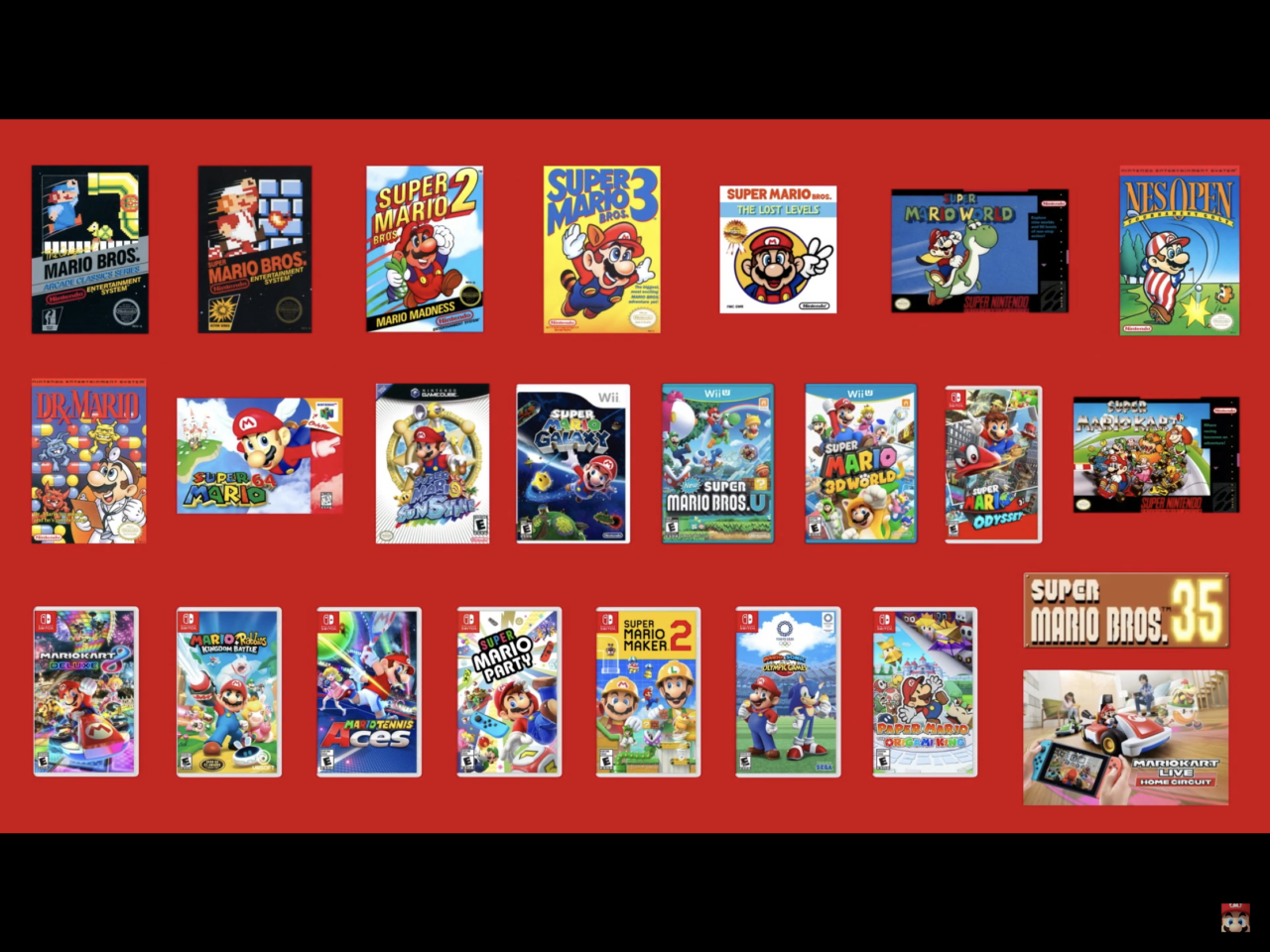 Even with the conspicuous absences of the the Game Boy games (seriously, why can’t we get a Game Boy app like we have a NES and SNES one already) and Galaxy 2, there’s still a whole ton of Mario you can play on the Switch now and in the future.