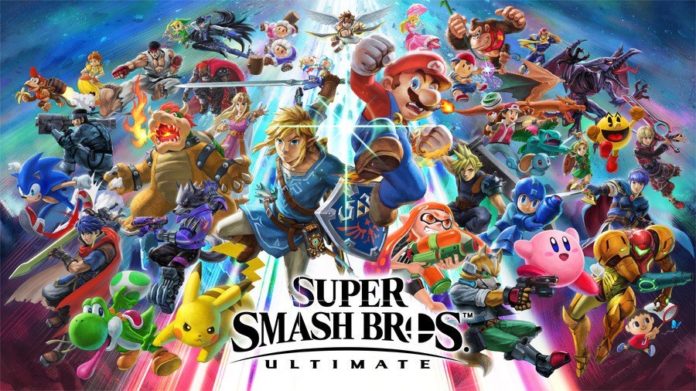 That headline up there was a bit tricky to write as I didn’t want it to read like this is “the hands-down, bestest, ultimate GameCube controller post for Super Smash Bros”, but more like the post about GameCube controllers for Super Smash Bros. Ultimate. Writing it that way would have resulted in a much longer headline that goes against my better judgment. But that’s not really the point of this post.

I haven’t played Smash that long. I had Brawl for Wii, but didn’t play that much. I played a ton of Smash 4 though, thanks to the simultaneous Wii U / 3DS release, that and having a friend I can regularly play with /against. I even went so far as to getting the GameCube adapter and special Smash 4 edition GameCube controller. I had no experience with the Melee on GameCube, so I went in on blind faith and believing the hype that the GC controller was the best way to play. And you know what? It is. That giant A button, the 8-sided control stick ring, the ZR button, it all worked so well.

And Nintendo is not stupid: they knew they HAD to include GameCube controller support for each version of Smash since Melee else they’d run the risk of disappointing the community behind the games. The Wii had built-in ports for the controllers to plug into. For Wii U, you had to buy the adapter. For the Switch, you’ll also need the adapter. Looking at the hardware of the dock, it has two USB plugs side by side on the left side. It seems so obvious now that they future-proofed the dock for just this one accessory.

When Ultimate was announced and the GameCube accessories with it, I was curious if they’d change anything hardware-wise between the Smash 4 versions and the Ultimate versions. The good news is that the changes are all cosmetic.

The Wii U’s flaming Smash ball log is gone in the Ultimate version, replaced with a vanilla Smash ball logo sans flame. The cable lengths are the same clocking in at about 72 inches in length. The original GameCube controllers’ length is a measly 40 inches, which is way too short considering the average flatscreen tv is 50″ and rising. You want to be further away from the screen the bigger the size. The original GameCube controller just won’t cut it.* 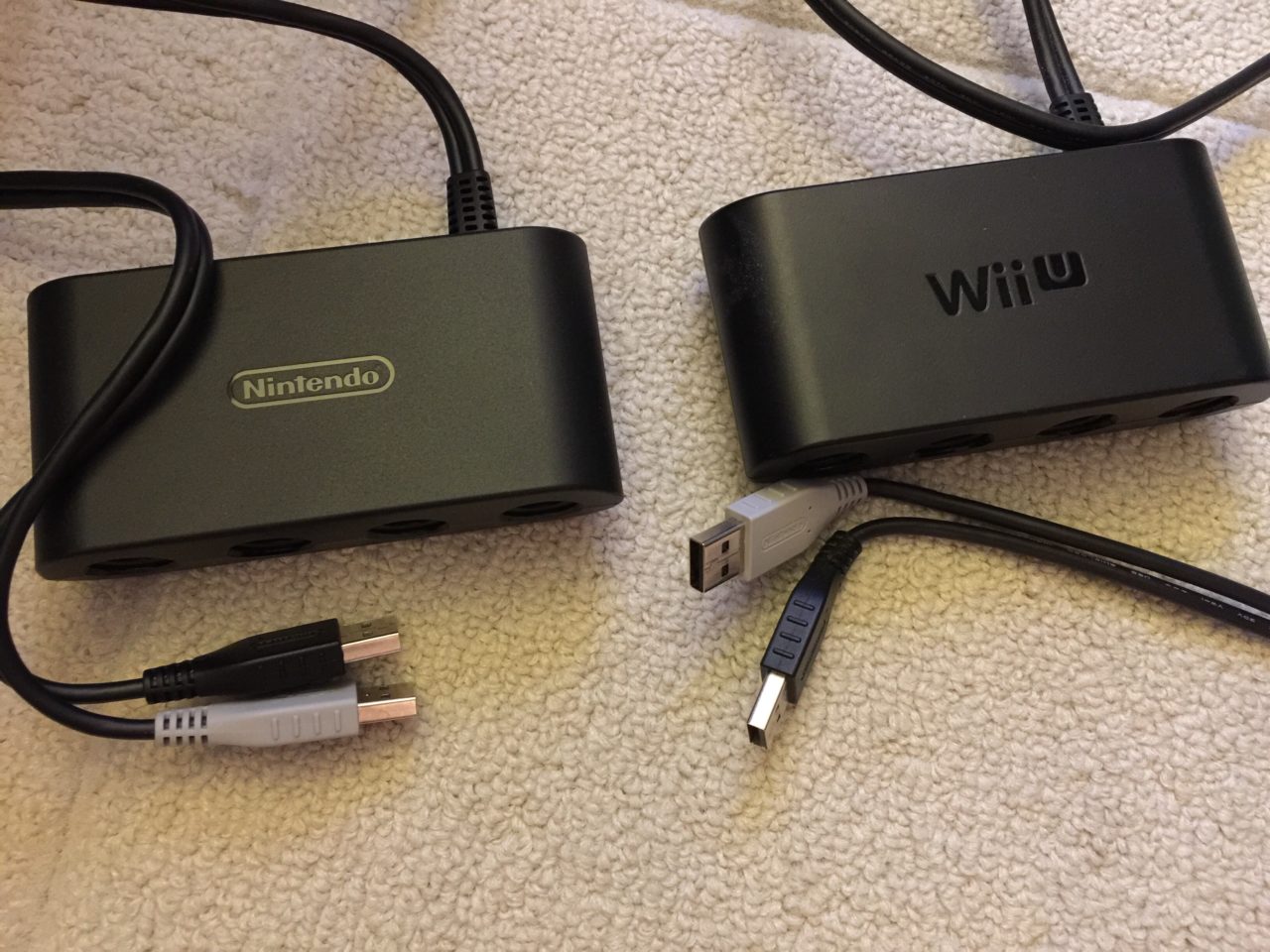 The adapters released with Wii U said “Wii U” on the top. The Ultimate versions replaced the platform name with just a generic Nintendo logo, which is much better if you ask me. The cable lengths are the same. 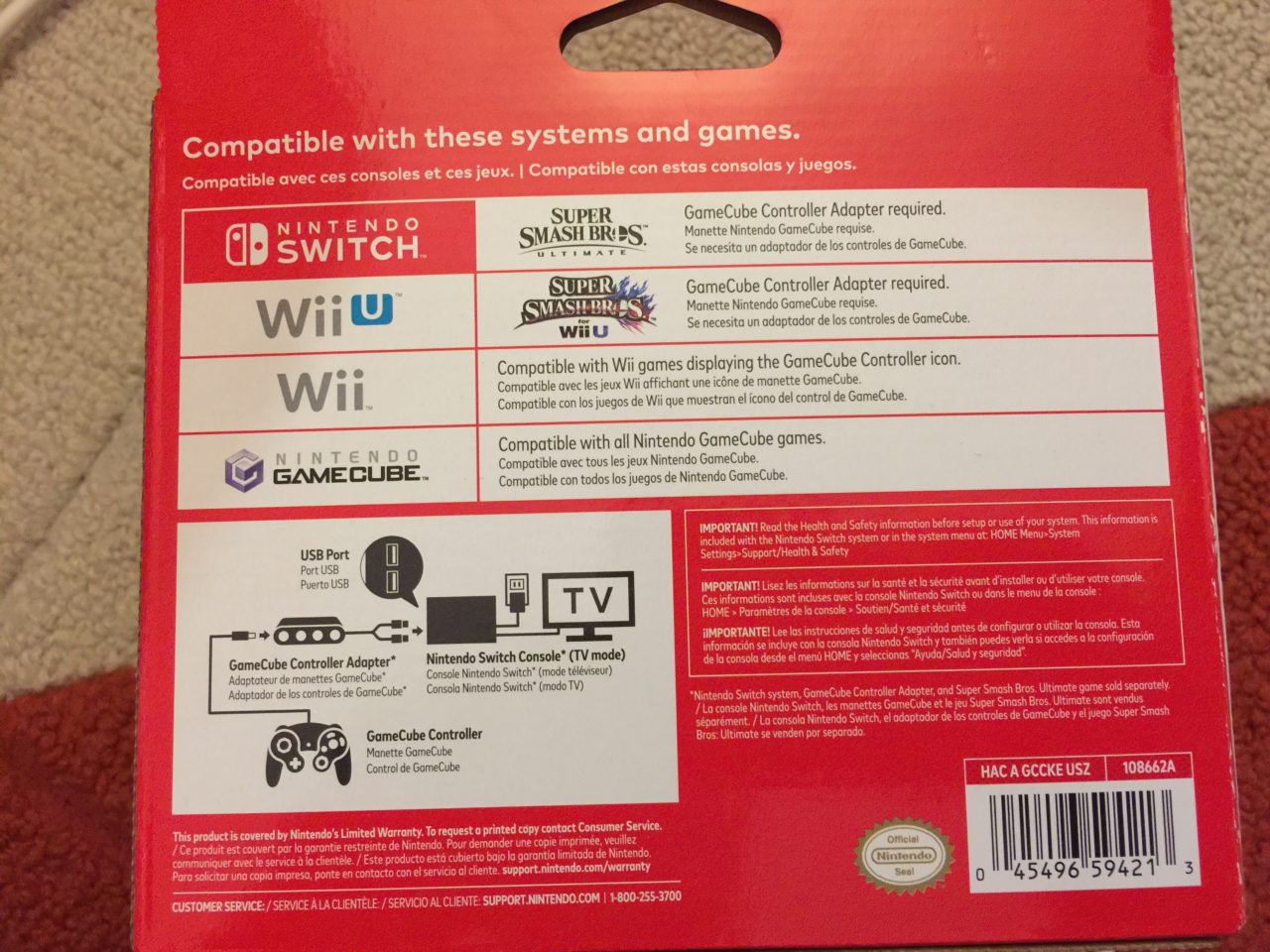 One other lingering question I had was whether or not the GameCube controller would be compatible with any other games that weren’t Super Smash Bros. Ultimate. The writing on the back of the box would say no, but I fired up Ikaruga, one of my favorite GameCube games that was ported to the Switch, to try. I plugged the GameCube Controller Adapter to the dock, plugged in my original orange GC controller, and lo’ and behold, it worked! I can’t remember if the button mappings were the same but I was able to fly around, shoot, switch polarity and everything else.

The controller was missing the home, share, and +/- buttons obviously so getting back to the home screen required a powering down but the compatibility was there. It’s kind of a niche use case but it was a nice surprise to see that game work with the GC controller.

I have the white controller pictured above and I don’t plan on replacing it anytime soon. If you’re looking to pick up Smash you owe it yourself to at least seriously consider the controller and adapter. I’ve played the game at E3 and at Comic Con using the Switch Pro Controller. It’s just not the same.

You can buy the official** GameCuber Controller Adapter for $19.99 and the official Switch re-release if the GameCube controller for $29.99 right now from Best Buy.

* – 8BitDo is releasing a bluetooth adapter, calling it GBros. Adapter, that will let you connect GameCube controller (as well as other controllers) wirelessly to the Switch. The adapter adds the missing home and share buttons which will let you still navigate to and from the home menu. If it is as lag-free as they are boasting, this will truly let you cut the cable and not be tethered to the console AND will let you use the controller while in tabletop mode. You can check out the 8BitDo site for more details and pre-order it from Amazon for just $19.99. It’s the same price as Nintendo’s GameCube Controller Adapter but the 8BitDo will only connect one controller as opposed to the four in Nintendo’s. I’ll be honest, I’m tempted to pick one up for travel. 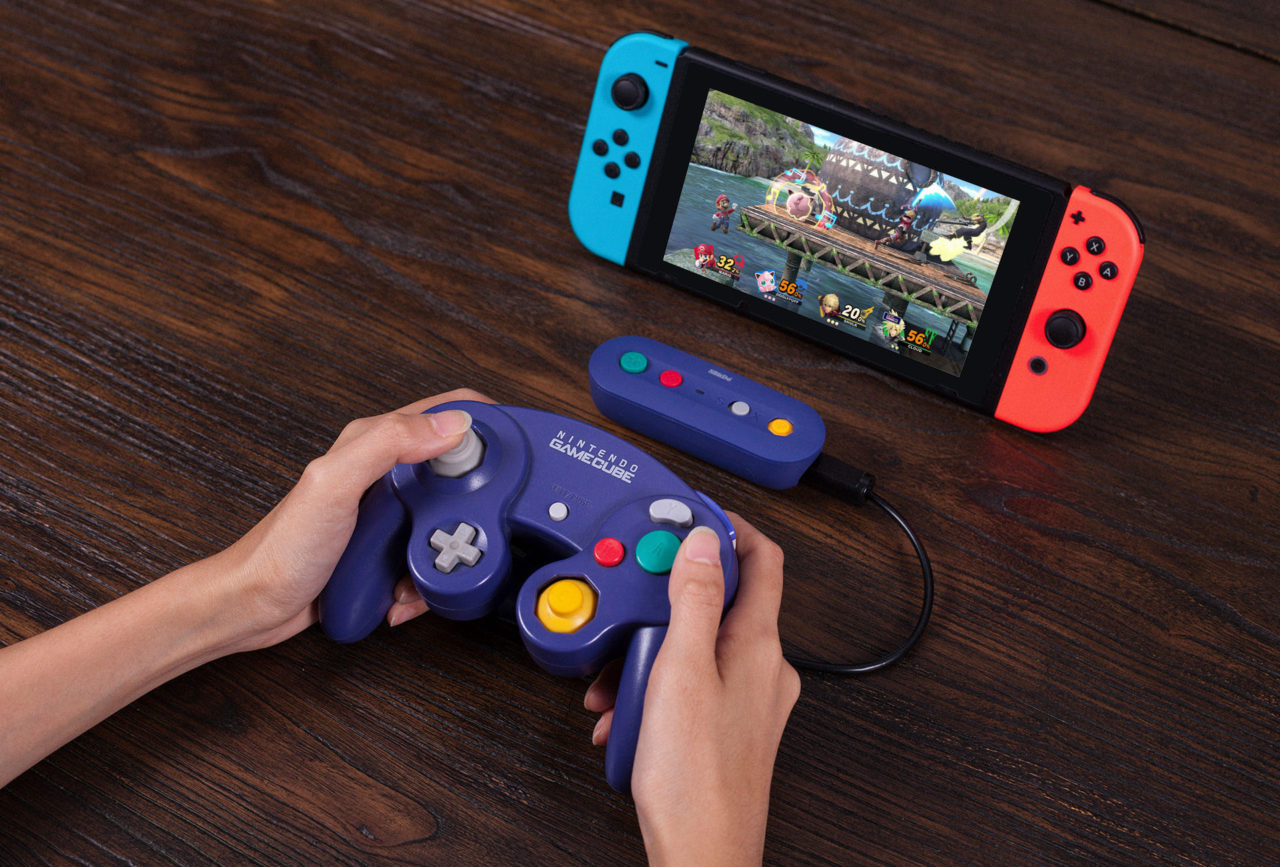 ** – I realize that PowerA, makers for third-party accessories for the Switch, have their own licensed GameCube controller and for cheaper. But to be honest, I’m a bit of a purist, and the five bucks i’d be saving just doesn’t seem worth it for a controller that doesn’t have the same tried-and-true reliability of the original.