Nintendo presented their E3 direct this morning and there was a lot to get excited about, for me anyway. The full Direct is above, but I’ll post the highlights below.

Kazuya Gets Ready For The Next Battle

Kazuya from the Tekken fighting game joins the Super Smash Bros. as the next DLC fighter. I kind of had a feeling that Tekken was going to be represented. There will be a special Kazyua-focused direct on June 28th.

Guardians of the Galaxy

Guardians of the Galaxy from Square Enix will be out on the Switch on October 26th.

Patchwork Bear Outift will be free for the first 2 weeks. There’s a 25% discount if you pre-order the game right now.

Astria Ascending will be out on September 30

Two Point Campus, a sim management game, will be out next year.

All game modes will work with online play. You can play against anyone, anywhere. Mario Party Superstars comes out on October 29th with pre-orders starting today.

Metroid Droid is the series first brand new game in 20 years. It is a direct sequel to Metroid Fusion and the mechanics are based on the excellent Metroid: Samus Returns game for the 3DS with some additional moves. There’s a heavy emphasis on map exploration returning the game to its namesake Metroidvania roots. The game comes out on October 8. Pre-orders are open right now. 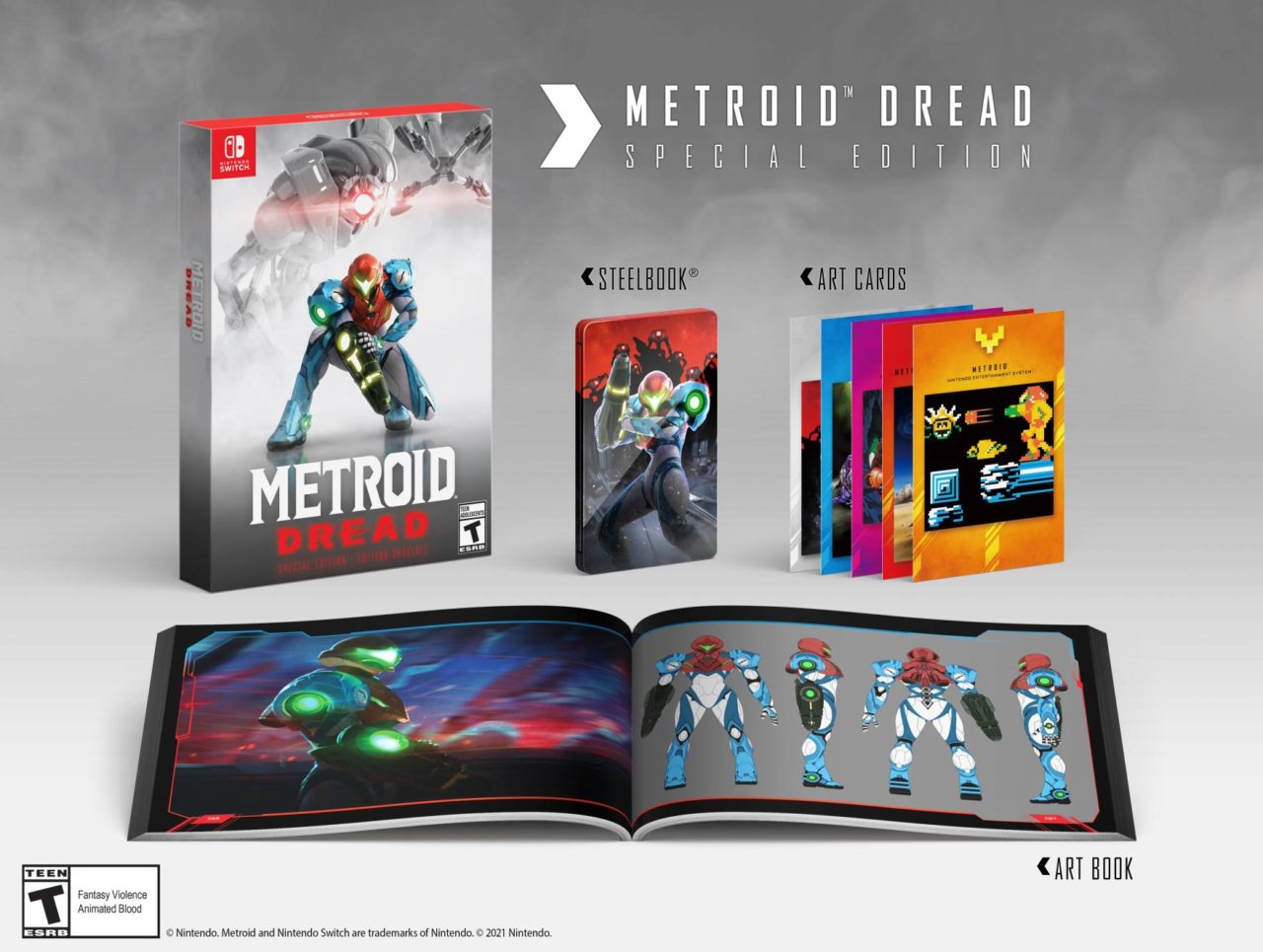 The Metroid Dread: Special Edition will also be available at launch, which includes the game, a steelbook, a 190-page 2D Metroid franchise artbook and five cards that feature box art from all the games in the five-part saga. Unfortunately, some online retailers already put up pre-orders for the Special Edition and sold out within minutes. 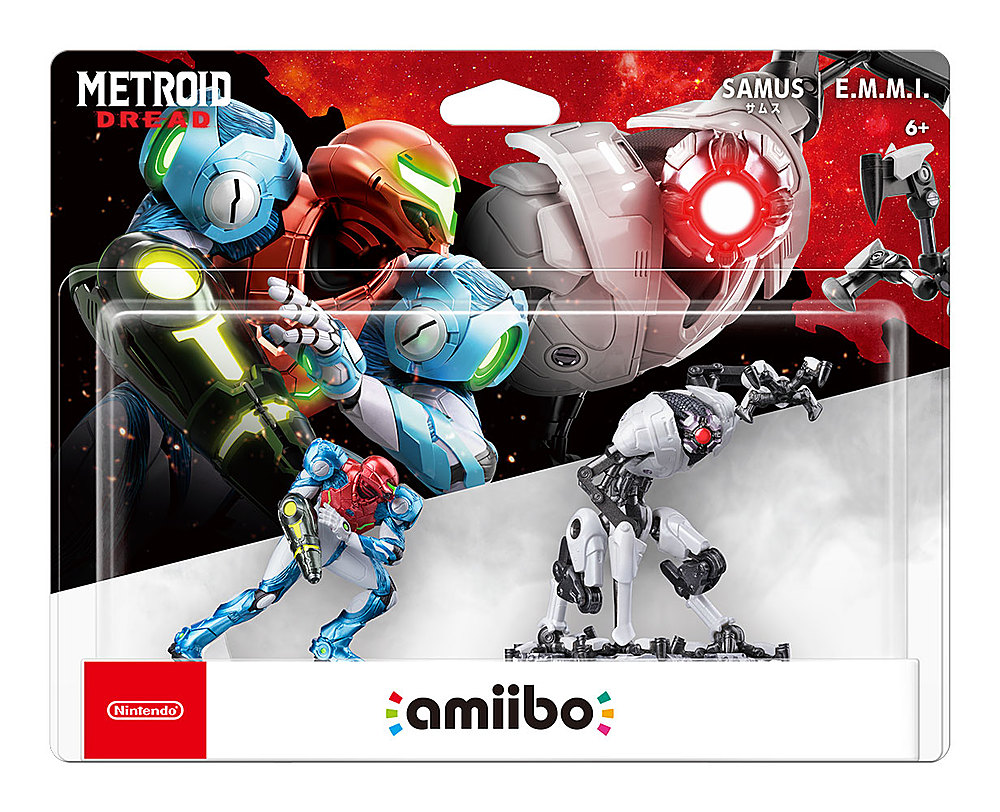 You know what else sold out within minutes? The Metroid Dread amiibo two-pack, that’s what. You get Samus in a Fusion-inspired suit and E.M.M.I., one of the new enemies that stalk you in Metroid Dread. Everything releases on October 8 so you may still get lucky if you hit a retail spot.

Metroid Dread, to me, was the highlight of the Direct. I was done after this.

This was previously announced but they’ve added some more clips and announced that there will be free content updates that includes new courses and new characters. Mario Golf: Super Rush comes out soon on June 25th.

The Monster Hunters Stories 2: Wings of Ruin features online co-op multiplayer quests and battles. The has a free demo that comes out on June 25th. Any progress made there can be carried over to the full game which comes out on July 9.

WarioWare Get It Together

WariorWare Get It Together will have a two-player versus mode. The game will feature new playable characters with different abilities. You can pre-order the game right now ahead of its September 10th.

Shin Megami Tensei V by Atlus is exclusive to Switch and will be released on November 12. Pre-orders for the physical version begin June 21.

Danganronpa Decadance is four games in one collection. You can also buy them individually from the Nintendo eShop but the physical version will have all of them together. Danganronpa Decadence will be available later this year.

This campaign expansion is available now.

Strange Brigade is available today. You can play this game local co-op or online.

Mario + Rabbids Sparks of Hope will feature Rabbid Rosalina. Your characters can also freely move and not locked into a grid system. This game will launch next year.

After Metroid Dread, this was another “Holy crap!” kind of moment. I played and really enjoyed these on the Game Boy Advance back in the day. I was actually considering picking up some used copies to play them again but it looks like I won’t have to. Re-Boot Camp will have both Advance Wars and Advance Wars: Black Hole Rising together for your Nintendo Switch on December 3rd. You can pre-order it today.

All The Legend Of Zelda Announcements

The last segment of the Direct was entirely focused on a bunch of new Legend of Zelda Announcements.

Details around the first Hyrule Warriors Expansion Pass were revealed. Wave 1 – Pulse of the Ancients will be out on June 18 and will feature the following:

Wave 2 – Guardian of Rememberance will be out on November 21 and will have:

Game & Watch: The Legend of Zelda

I imagine that there’ll be a Game & Watch: Metroid version coming out next year.

Sequel to The Legend of Zelda: Breath of the Wild

My picks of the litter? Metroid Dread, Advance Wars 1 + 2: Re-Boot Camp, and all of the Zelda. Yes my heart has room for third-party games but, sadly, not from this Direct.