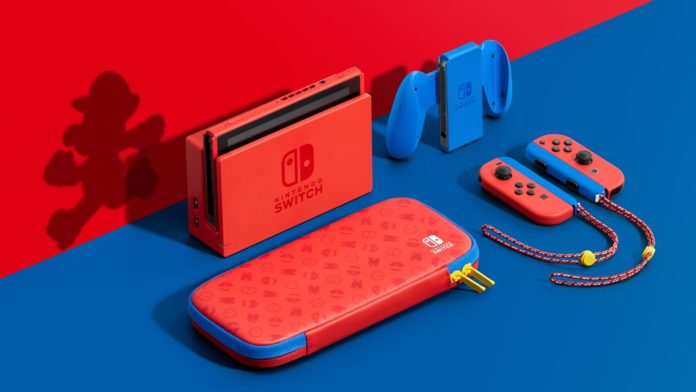 Tomorrow is February 12. It’s the day that Nintendo’s newest themed Switch, Mario Red & Blue Edition, goes on sale as part of the Mario 35th Anniversary. It’s also the same day that Super Mario 3D World + Bowserâ€™s Fury goes on sale but we’re not here to talk about that.

The Red & Blue system is pretty dope. You get a pair of red Joy-con controllers, blue Joy-con grips, a red dock, a red Switch, a blue Joy-con grip, a screen protector and a special carrying case. They could have done a little more with the branding, like adding some icons or graphics to the back of the Switch like they did with Animal Crossing, or add some blue suspender graphics to the front of the dock. Right now it’s just very, very red.

And speaking of red, I do believe this is the third red color we are getting in the Joy-cons. Nintendo’s product page lists them as “Red” and not “Neon Red” like the original ones. They are not as dark as the dark red Joy-con set either that came with the Mario Odyssey Switch bundle some years back.

The redness isn’t dealbreaker for me though, because I still plan on getting one. My current Switch’s battery life isn’t what it used to be. And plus I’m a bit of a sucker for special editions. 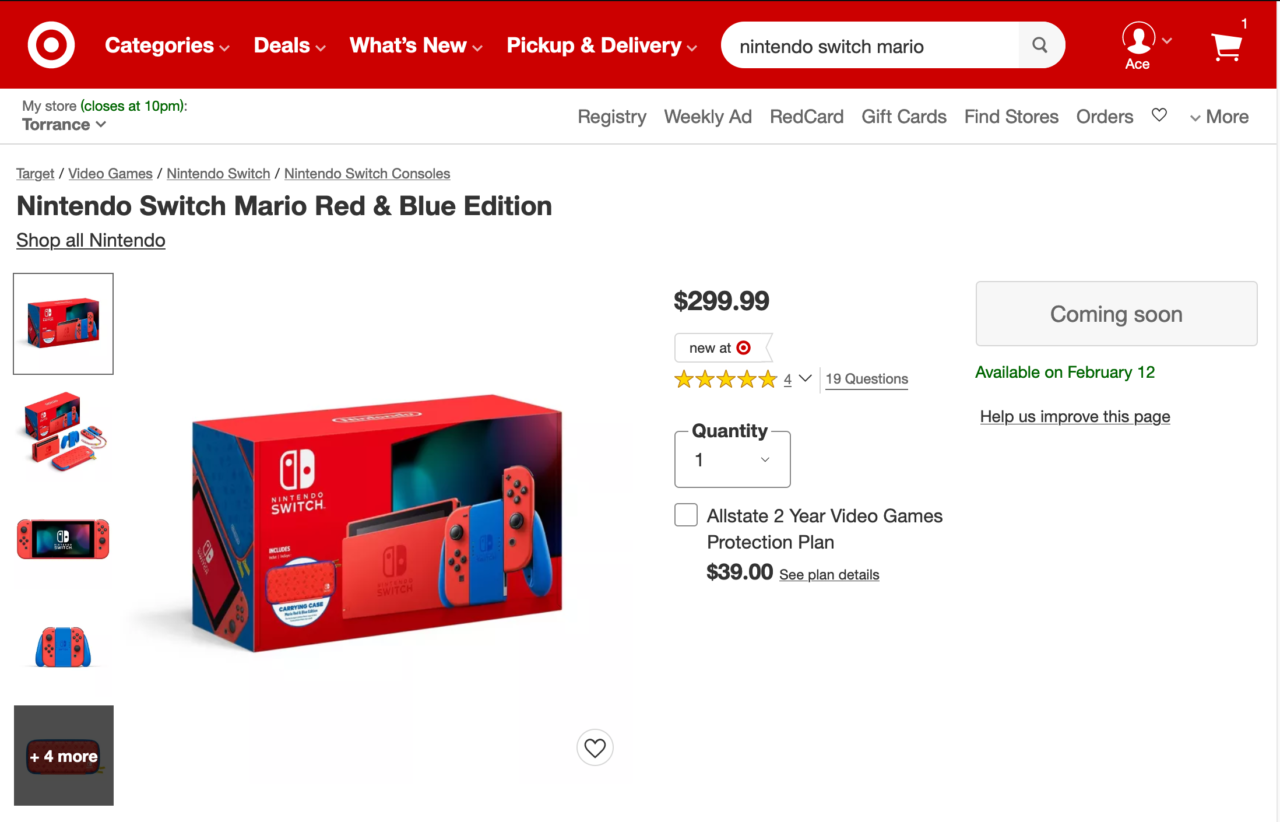 The release date is tomorrow, which means it may go on sale at various retailers tonight at the stroke of midnight Eastern time. This is NOT a PS5 situation all over again because as far as I can tell, no retailer has put up any pre-orders. I’ve mostly set my sights on Target. The mobile app showed them in stock at all of my local Targets before they updated it and removed that ability. But the listing still shows that it’s “Coming February 12”.

Best Buy‘s listing page says “Coming Soon”. I signed up for notifications on Amazon the day they listed the console but never got anything, so I assume they’re sticking with the release date as well. Either Nintendo is strict with their retail partners about release dates and pre-orders or the big box retailers learned their lesson with the PS5/Xbox fiasco. Either way, sticking to a release date takes the guesswork out of it all. And given that this isn’t a next-gen system release, there isn’t that pent-up demand so acquiring one should be relatively easier. I’m hoping it will be anyway.

So yeah, tonight at 9pm Pacific or sometime after the stroke of midnight. If you’re looking to get one, good luck to you!

FBTB is an affiliate partner with some of the retailers listed in this article. If you click through any of the links appearing in this post and make a purchase, we may earn a small commission. Thank you for your support.