And I have no regrets. And I know exactly why. It’s not because of any workload paralysis (well maybe just a smidge), or crippling depression, or any other sort of emotional or mental issue. Not this time anyway. It’s because of The Legend of Zelda: Breath of the Wild. I mean, just LOOK at this screen shot: 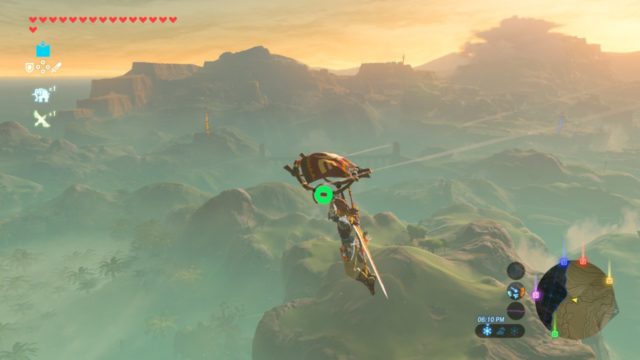 This game is absolutely GORGEOUS to play. That screen cap is a pretty good representation of just how vast the world is. Someone once told me or I read somewhere that one of the best things about this game is that if you see something far off in the distance, you can just go there. And aside from completing the small story segment to get off the beginning area, that is absolutely true. I’ve done nothing but wander the map looking for shrines, korok seeds, and try and get to the towers. Here’s my travel progress so far thanks to Hero’s Path Mode: 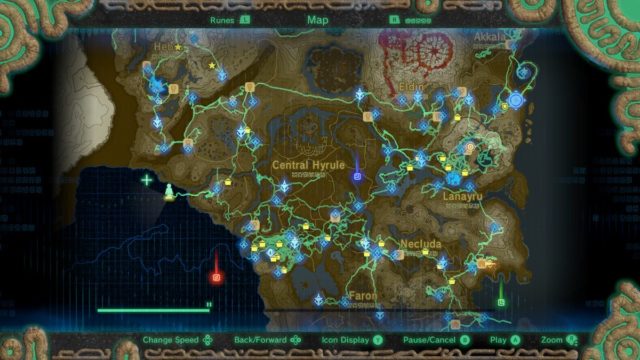 I’ve completed two out of the four champions quests. The Revali one was especially fun. Mipha’s Song was okay. But I’m in no rush to complete any of the others, or any quests for that matter. Like I said, I’ve done nothing but explore the map. That should tell you a lot about the game right there, that the experience of exploring the landscape is so compelling that the main story line can be foregone until you feel like doing it. You can pretty much do whatever you want, whenever you want to. Quests can be collected and are compiled in your log so you never lose track of what needs to be done should you want to go back and do them.

The only thing that may get in the way of just exploring is your stamina limit and heart containers. It behooves you to do shrines to collect enough spirit orbs and convert them into one or the other. The shrines themselves are little logic puzzles that, so far, aren’t too difficult. They feel rewarding and there are enough of them strewn about (120 in total, more with the DLC) to keep the dopamine flowing.

There are at least two of you Switch owners out there that don’t have BotW. This is really a flagship game that belongs in every Switch library. It is mind-blowing what Nintendo managed to accomplish in this game. As much as I wax on about it, there’s just something else that I can’t quite put my finger on to describe just how magical this game is. And maybe that’s just it: magic. I can’t imagine what the next entry is going to be like. This has set the bar so high that if they retired the series forever, I would not blame them one bit. 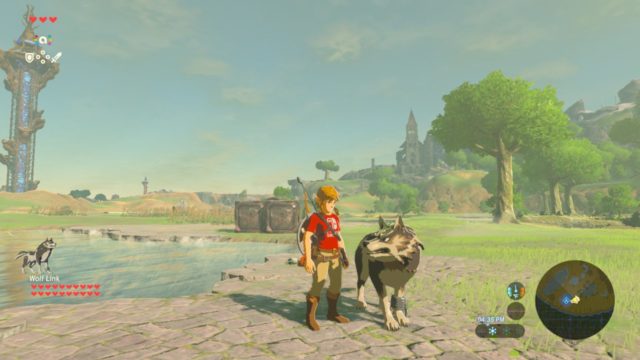 And yes, I did get my 20-heart Wolf Link. That was a whole other ordeal that I won’t get into.

Toy Fair is this weekend, so we’ll get back into LEGO soon enough.