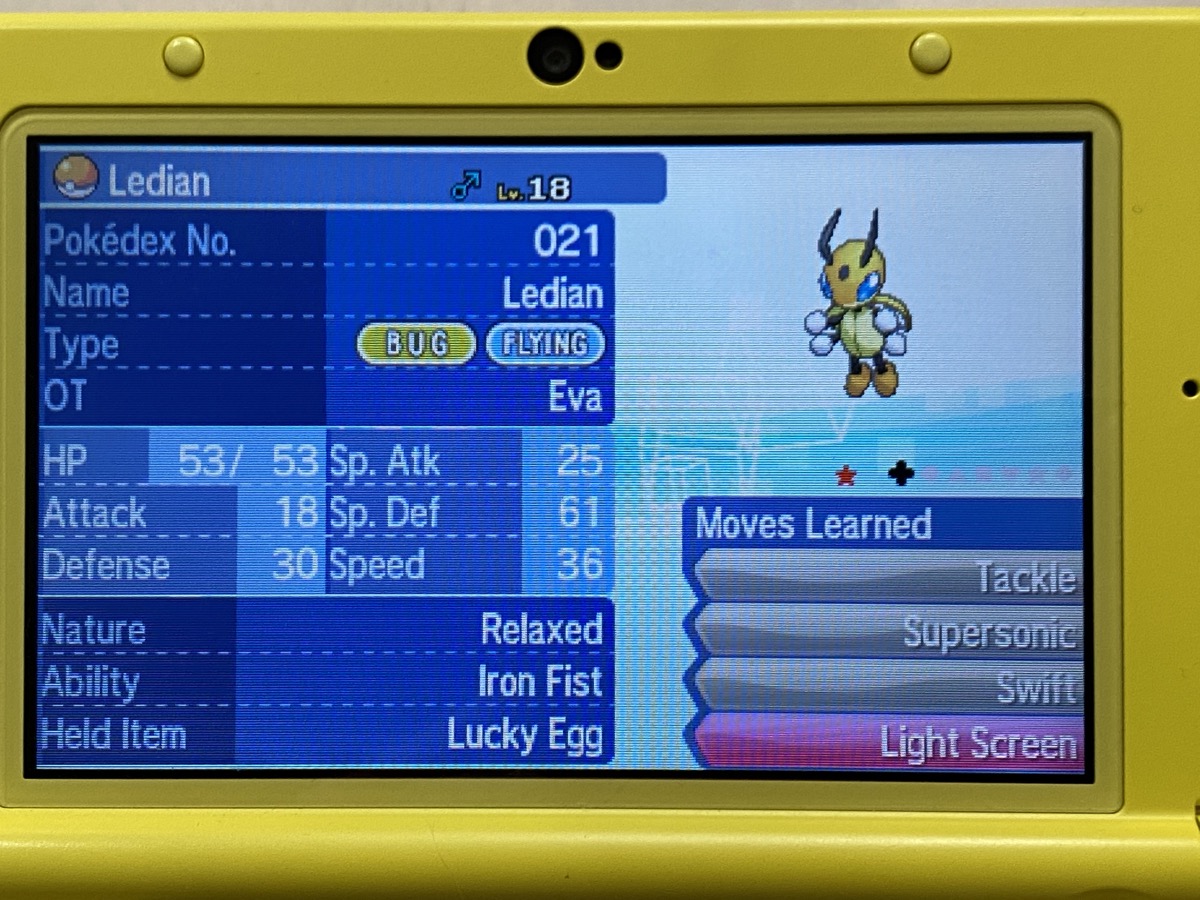 It’s been I don’t know how many days now and I still don’t have a complete shiny set of Ledyba and Ledian. One out of two ain’t bad though.

I managed to get my first shiny Ledyba and evolved it to shiny Ledian while hunting for my second Ledyba. This one took 135 SOS calls which doesn’t seem like much but the first couple of failed attempts of nabbing one still left an impression on me. It didn’t help that my last went to 514 SOS calls before Harvest failed, which was really surprising. Harvest only has a 50% chance of proccing but it’s rare that it would fail so many times in a row after the berry consumption to not hit. It was very strange.

After that failed attempt I wandered over to Ultra Space Wilds to take a break from SOS battles and was rewarded with this after one run: 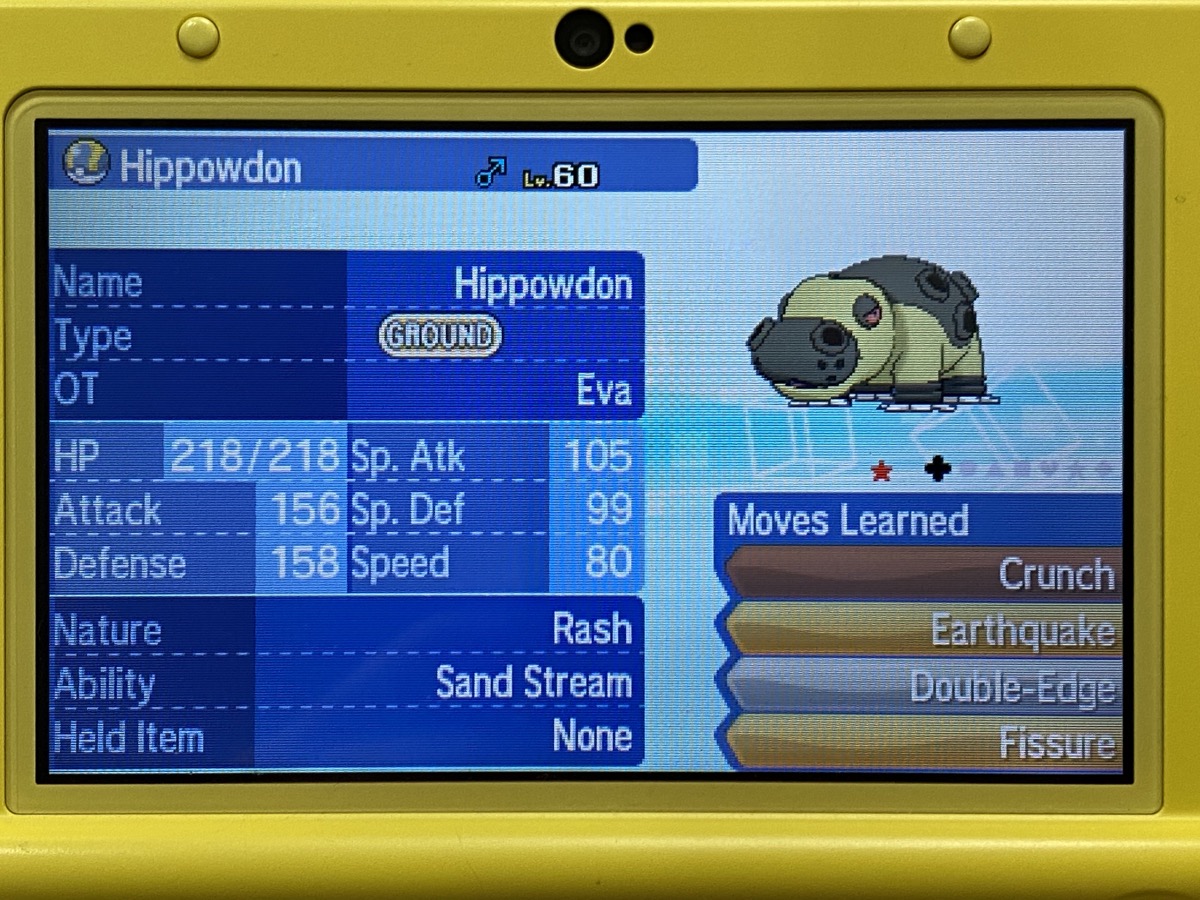 I wasn’t really paying attention when the encounter animation started so I missed the star effect. And it’s shiny color is so close to the normal color that I couldn’t be sure but I caught it anyway and I was pleasantly surprised. As easy as it was, I kinda needed an easy win this week.

One hundred fifty-one down, two hundred forty-two to go.