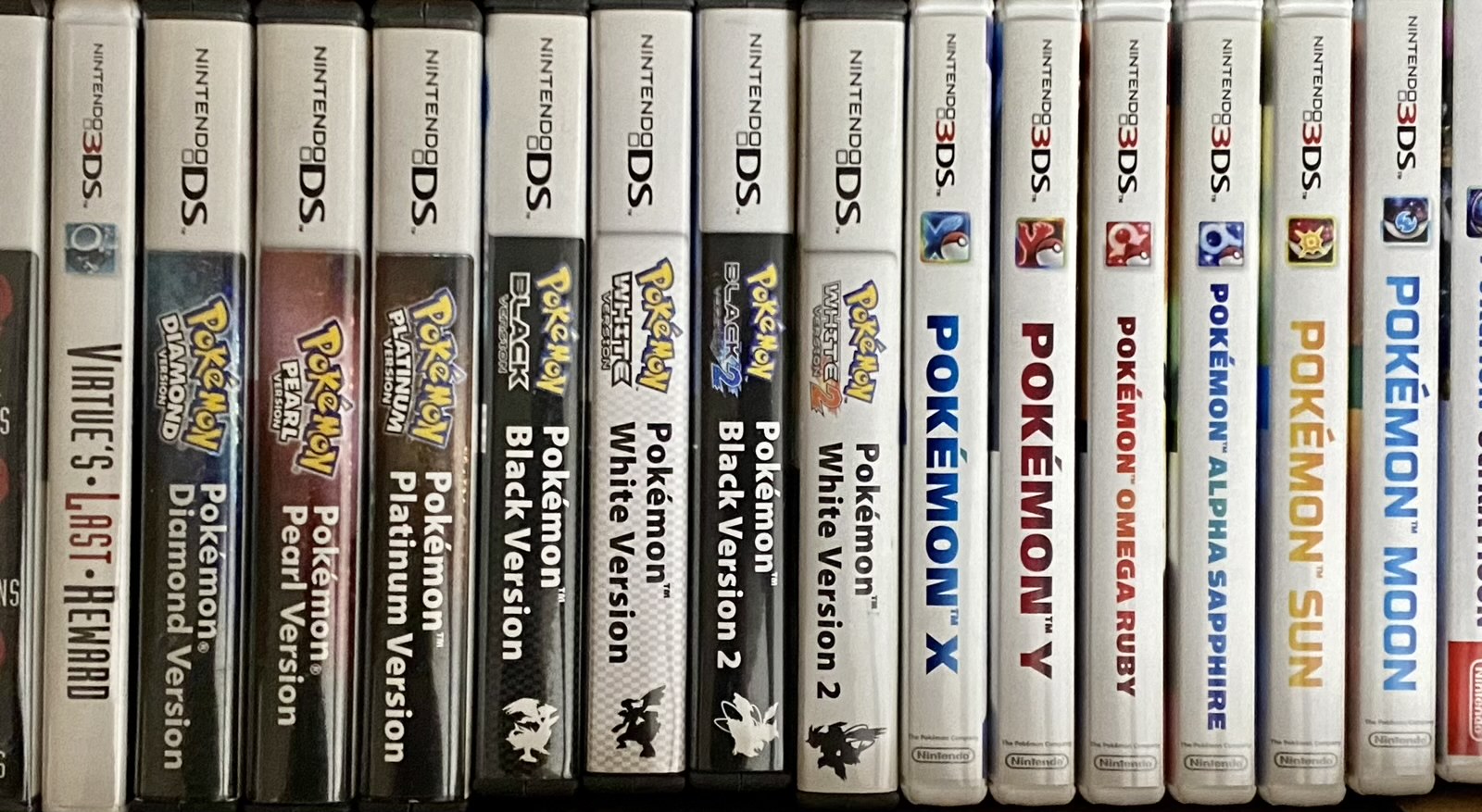 I don’t really have much to say for today’s PokéMonday’s post. In Ultra Sun, I’m still soft resetting for a shiny Type: Null and am currently at 3,854 and counting. This one’s a bit more grueling to do just because of the sheer amount of dialog you have to cycle through to get to the gift. My aim was to get Ultra Moon to the same point so I can double my rate of resets using two games instead of one. I’m just about to get to the point of summoning Lunala in UM so I’m pretty close I think. I’ve decided if I hit 10k resets without hitting a shiny Type: Null, I’ll just progress through my dex and try again later.

I still haven’t bought Sword and Shield. But I may have to soon. With Pokémon Brilliant Diamond/Shining Pearl on the horizon, I’m gonna be way, WAY behind on my dex, more so than I already am. Part of me not getting Sword/Shield was that I was trying to resist getting more games that just add to the backlog. Part of it was that I just didn’t find those games all that appealing. Pokémon on a home console just isn’t the same. The whole idea of the game on a handheld was to be able to take the game out of the house, meet other players and trade and/or battle, just like in the game. It’s a bit meta but it worked so well. If I was young and still in school, I would have totally brought my system with me and played with friends at school or on the bus.

Playing so much Pokémon on the 3DS, I kind of wonder if the target market has shifted or if there are as many new, younger players. I got into the series really late. X/Y were my first games and they were internet-enabled, meaning I didn’t have to venture outside my house and seek out other players in real life to trade or battle. But now that the 3DS is retired, I don’t really get a sense that the in-person aspect of Pokémon games happening as much on the Switch. The Switch is more of a family system and I can’t imagine it being a dedicated handheld for kid to play Pokémon on let alone take to school. Maybe that’s what the Switch Lite* was trying to do, fill that one user-one system void the 3DS left behind. If it was, the Switch Lite is a beast to carry around compared to a slim 3DS model. Even the 3DS XL is still way more pocketable and portable than a Switch Lite will ever be. Pokémon GO on smart devices may be one way to do that too but that’s not really the same either. That may be another topic to cover in a separate post but long story short I don’t see myself ever going back to GO.

I regret not getting into Pokémon sooner. They’re such fun, little, digestible JRPG games, perfect for the handheld space. I’ve been picking up older Pokémon games here and there whenever budget allows. Do I honestly think I’ll ever get around to playing them? No. But it’s nice to see the series together as a collection. And if my research in collecting shiny Pokémon is accurate, there’s at least one or two I’ll have to play to catch them all.

* – It’s funny how, if you look at the DS family of systems, Nintendo made the DS at first. Then they wanted to go smaller and introduced a DS Lite. Then when the DSi was a thing, they wanted to go bigger and released a DSi XL. Same with the 3DS and the 3DS XL. With the Switch and Switch Lite, I’m expecting a Switch XL to be their next hardware release.