As I was soft resetting my life away again, this time trying for a Type: Null, I realized that I was doing it all wrong. See, I’m one of those Pokémon players that gets both versions of a game because I’m an adult and don’t know any adults or kids that play the game that I can go trade in-person with and mostly because I can’t stand the GTS. I’d rather just work on catching them all myself. Anyhoo, I had this copy of Ultra Moon just lying around. I also had a stash of 3DS XL’s that still worked. What I should be doing is soft resetting both copies of the game at the same time to double my efforts. The chore now is to get Ultra Moon to the same point in the game as Ultra Sun. So I fired Ultra Moon late last week and ended up with this beauty: 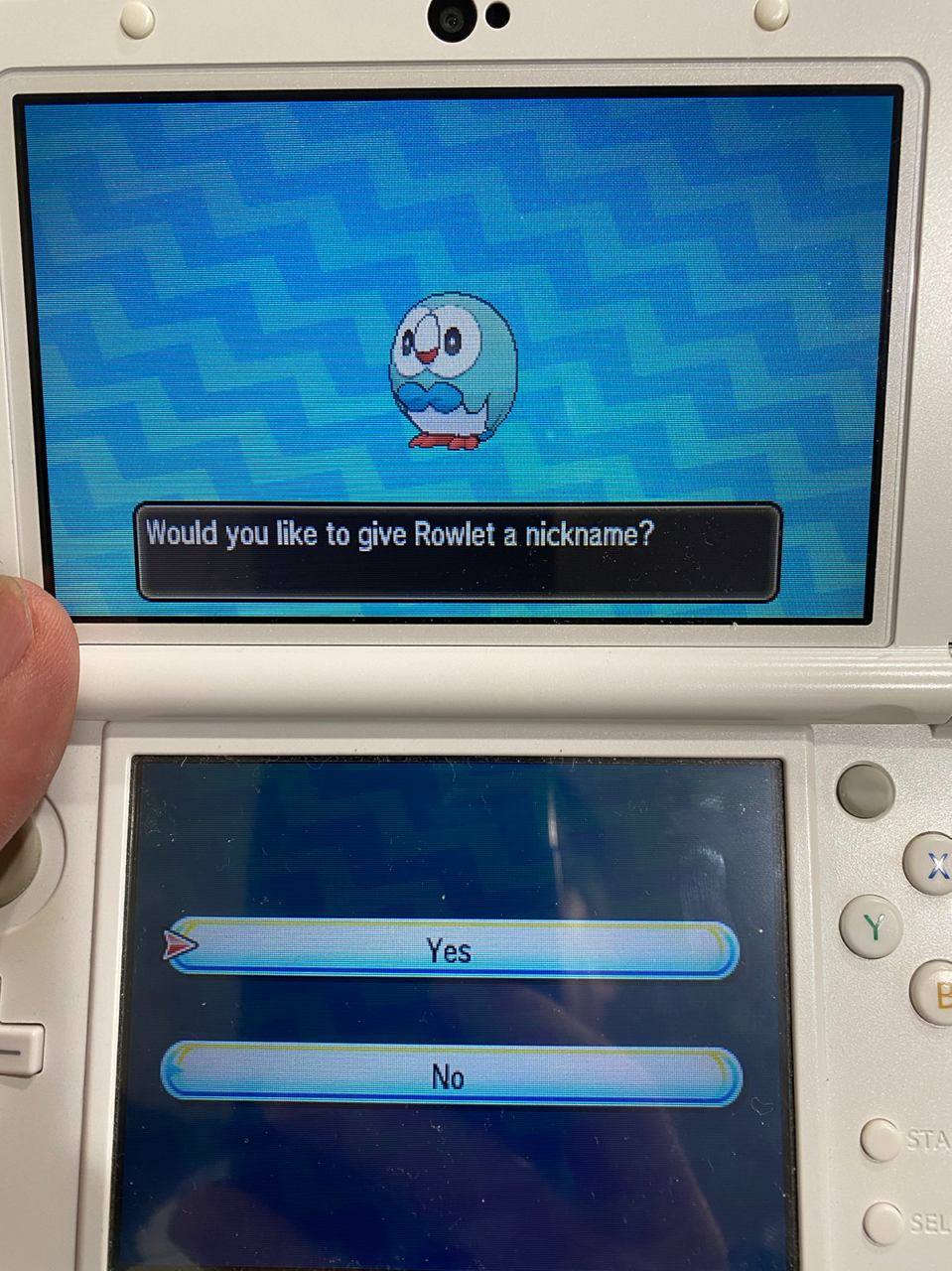 Shiny Rowlet. Now, I’ve read posts and seen videos about how people would do the reset thing for a starter and it, too, would take hundreds and even thousands of tries to finally get one. I’ve briefly tried my hand at it in Omega Ruby but got bored cause I just wanted to play the game. I didn’t even try to get this one and was absolutely stunned that Rowlet came up green with no resets, stunned and ecstatic. I had to stare at it for a good 3 minutes to make sure I wasn’t imagining things, then looked it up online to verify it was indeed the shiny color. I can imagine, if I was a first time Pokémon player with no idea what a shiny was and this happened, that I would have thought the game was broken since its color did not match the in-game cinematics before and after your partner Pokémon is revealed to you; broken enough to want to reset the game. How tragic would that have been?