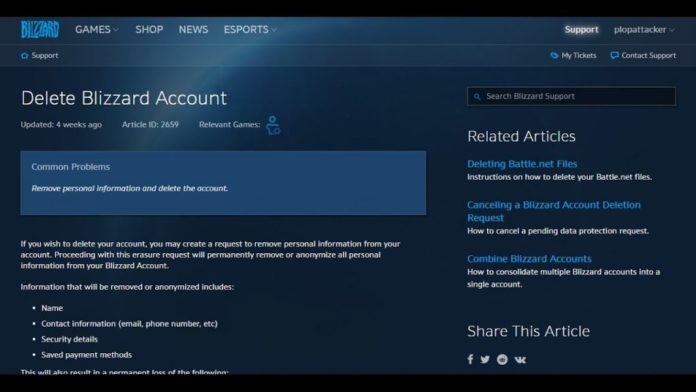 Content Warnings in this article: Talk of Suicide, Abuse, as well as the use of Explicit Language

Look, I’m just going to come right out with the only someone half-hyperbole in this article, okay? The story broke late last week, and I was sort of mulling over if I wanted to talk about it on here or not. Blizzard is a company I’ve talked about before on this site, a developer who used to be one of my absolute favorites of all time, who’s made games that I’ve got a lot of memories and made a lot of friends in.

But it’s clear that the cost in making those games, in the very real toll it’s taken in a very real way, up to and including the loss of life and real lasting trauma, that the whole company,Â the whole company, needs to be burnt to the ground. The allegations that have been pouring out, and the evidence to back it up from former andÂ current employees of the studio, mostly women but also men, are damning to say the least. There’s nothing to salvage, and it’s just the latest in the long line of terrible companies full of terrible people doing terrible things. Fuck Blizzard.

Fuck J. Allen Brack and his notpologies and denials, and his tepid denial in internal emails. Fuck the founders and their empty “we failed” messages. Fuck the people that built this culture. These cultures do not grow in a vacuum, and they do not come up without people at the top knowing about, and condoning. We saw it with Ubisoft, where those from the CEO on down shielded and protected predators from legal action.

I mean, 2021 has now, somehow, made it so that Blizzard is the more evil part of Activision|Blizzard. And Activision employs actual war criminals and a torture apologist (in fact, that’s who they put in charge to handle the PR on this). I’m not going to rehash the story here. You can read it on any number of gaming sites… or on big news sites. That’s how big the story is – no matter how many of the real dedicated fanbois doing mental backflips are trying to deny it now. Once you start seeing coverage like this in the Washington Post, New York Times, and Rolling Stone, shit has gotten very real.

I have a friend who has a great saying: there’s no such thing as ethical consumption in capitalism. That’s true… but at this point, I can’t see any path to do the mental gymnastics to purchase their games and services in the slightest. I’ve got a World of Warcraft sub that runs for another three months… and the game has already been uninstalled. I’m going to just send a note to my guild via our discord that I’m not going to log in to even remove myself from the guild. I hadn’t been engaged in the game for awhile, but this is the sort of sour taste that is likely to linger on forever, and doubt I’ll go back.

This will likely be the last post, of any sort, I give coverage to for an Activision Blizzard game or service – or Ubisoft or any other abusive predatory company. Someone else here might feel like covering something, but in general, I was the only one who played those games, so likely they’ll just go ignored, as they should be. They don’t deserve our time, our dollars, or our support. They only deserve our scorn. Their workers deserve restitution and support, and a better place to work. Their billionaire CEO deserves to lose every cent he has and be put in prison for allowing this to happen, and all of the leaders and managers that were responsible or negligent deserve the same. In a just world, that’s what we’d get.

Sadly, instead, it’ll likely all be forgotten as soon as they decide to whole their next convention, do a little announcement on a game, and issue a notpology to thunderous applause. Just like they did before.

I may still play some of the games I have, but I won’t be purchasing them. We’re not a big site, by any stretch, or even honestly a small fish. We’re not a games media in… just devoted fans a lot of the time. But this is the sort of ugly evil that need to be driven out and destroyed.

Down with Blizzard. Don’t play World of Warcraft. Or Diablo IV. Or Overwatch II. Or Hearthstone. Or anything else they try to shit out in order to distract from this. Until they are held accountable, and the people who did this, and enabled this actually brought down,Â they deserve nothing.

Also, it’s well past time for Games Development to unionize, so that they have a bit of protection from crap like this.