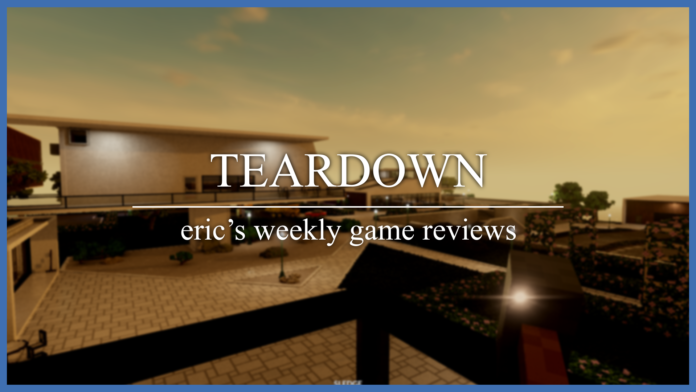 I would say Iâ€™m pretty consistent with the type of game I like the best. Games that give you tools and a mission, and leave the rest up to you. Metal Gear Solid V: The Phantom Pain. The recent Hitman Trilogy.

Teardown is in the same category. The problem is: what makes Teardown so inventive is also what holds it back from greatness.

If youâ€™re unfamiliar with Teardown, let me explain. A voxel-based (imagine Minecraft but the blocks are very small) environment, with several objectives, usually theft of some kind. Once you grab the first item / complete the first objective, a 60 second timer starts. You have to complete all the objectives within 60 seconds and escape to beat the level.

A vast (around 98%, Iâ€™d say) of your gameplay is spent preparing for a 60 second speedrun. You look at the level design, and try to figure out the most efficient way to complete your heist. And if you donâ€™t see one, you can make one yourself. 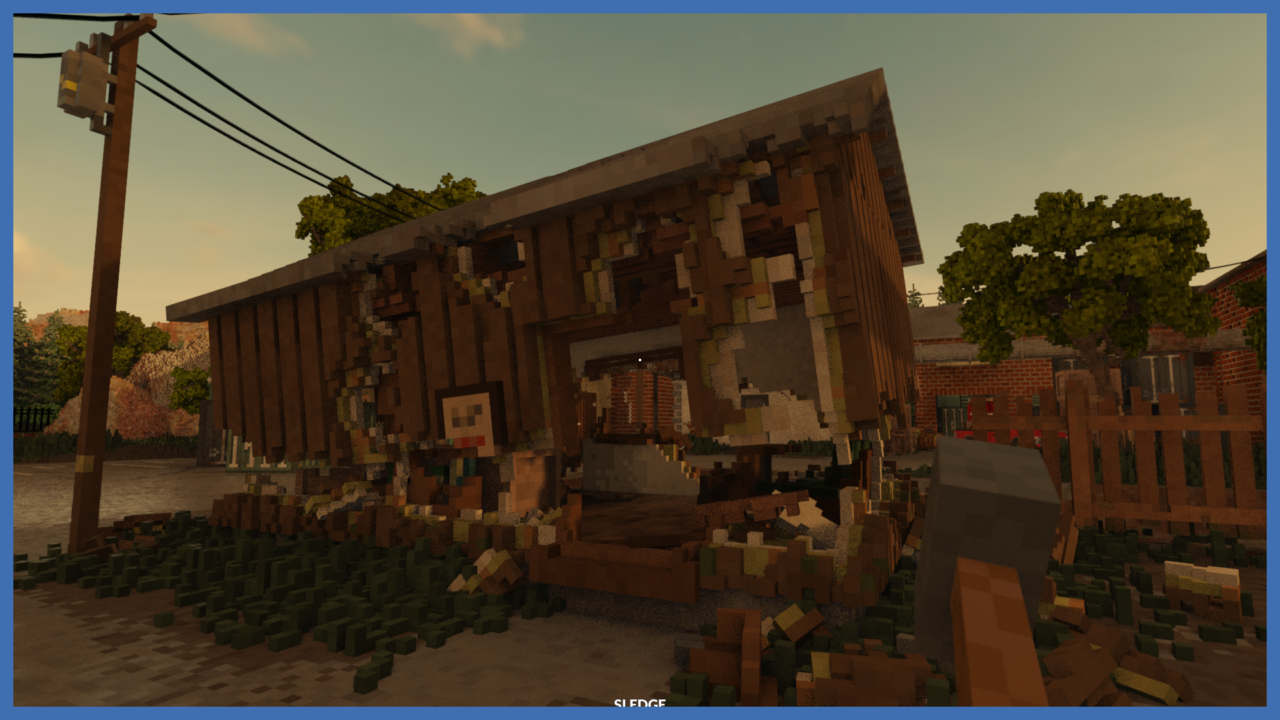 Teardownâ€™s key concept is the ability to destroy / move everything in the level. A very simple example: thereâ€™s a window you need to get up. But thereâ€™s no boxes nearby to jump on. So you shoot out the window with a shotgun, and remove a nearby streetlamp from its base. Then, you jimmy the streetlamp through the window to make a makeshift ramp.

This concept is really great, and it works pretty well most of the time. This eventually gets to the point of tearing down walls, building makeshift ramps, and blasting holes in ceilings. Itâ€™s all in service of a grand plan of your own making: the path that will allow you to complete the heist in 60 seconds.

Teardown gives you tools to really stretch your creative muscles. A sledgehammer, which destroys weak materials like wood or glass. A spraycan, perfect for lining out your path on the ground. An extinguisher, to stop the very quick and dangerous spread of fire. A blowtorch, to start said fires, as well as cutting through metal. A shotgun, for a bit of larger blasting. A throwable pipe bomb: inaccurate, but powerful. Wooden planks, where you can create your own ramps or bridges or whatever you can imagine. A pistol, for more accurate but less powerful shots. A bomb, which you can plant before detonating. And a rocket launcher, which, you know, does rocket launcher things. Youâ€™ve got limited ammo / supply for most of these, so you have to be careful with how you use them. 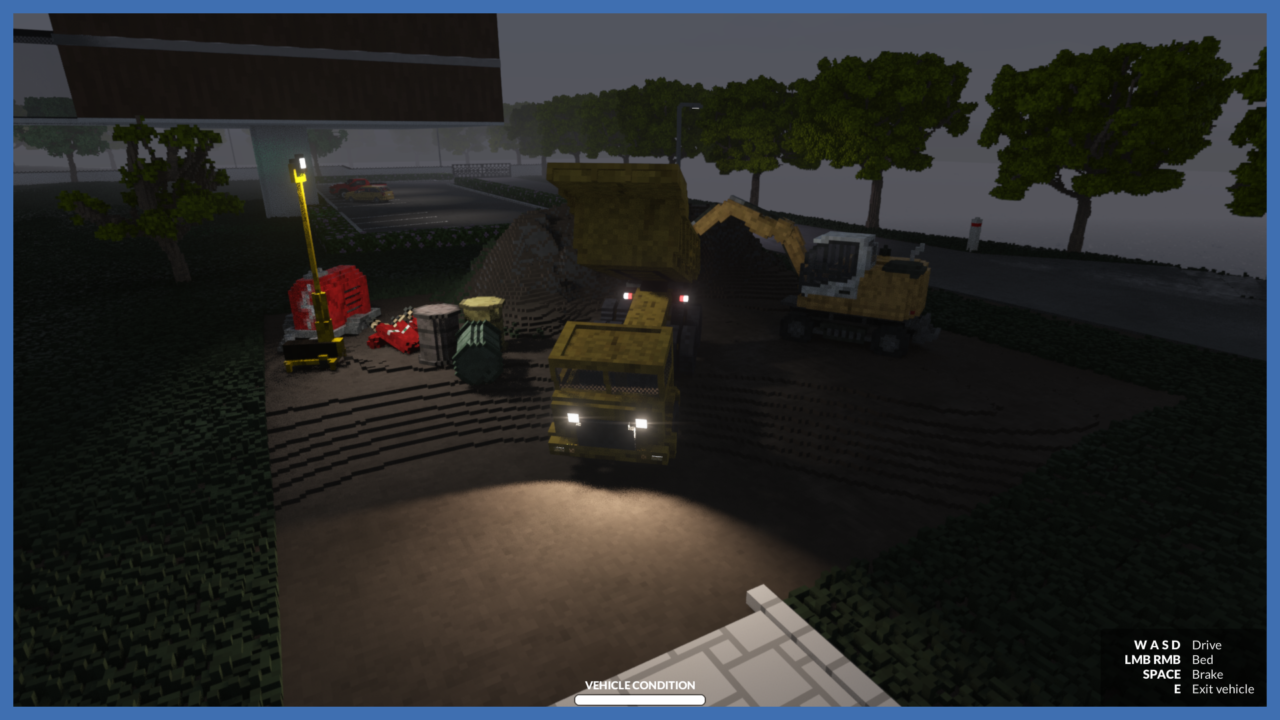 Each level has things that can help you, too. Cars help your speed, and can also serve as a wall-removal. Cranes can lift loose walls or roofs. A dump truck can hold things up at very specific angles, and can let gravity take effect if youâ€™re in a rush. These vehicles get pretty crazy. There are large boats, racecars, bulldozers: youâ€™re really encouraged to take advantage of them.

Itâ€™s a great foundation, and itâ€™s really satisfying when a crazy heist works out exactly as planned.

But getting to that point is really frustrating.

Everything in this game is physics-based. So if you bash away the legs of a dresser, itâ€™ll fall to the ground. You know, like gravity. But physics based games always have that jank to them, where itâ€™s extremely hard to be as accurate as youâ€™d like, or things donâ€™t move the way you want them to. So in Teardown, if I pick up something at its corner, itâ€™s liable to swing from left to right from the point Iâ€™m picking it up as I move my mouse around.

This wouldnâ€™t matter so much if you didnâ€™t have to be so accurate with your placement. Because you only have 60 seconds to complete a burglary, it is pertinent to make sure nothingâ€™s left to chance. Something looks a bit structurally lose? Bolt it down with boards. A concrete wall you blasted away has a voxel sticking up? Better remove that, otherwise a car might get stuck or knocked off path by it.

So when you couple those two: the janky physics and the accurate placement, you get a lot of trial and error. Mostly error.

Let me give you an example: on one level I needed to get two safes to a boat on the other end of the level. The safes are attached to proximity sensors, so if I move one too far away from its sensor, the alarm and timer will start ticking.

Both safes are on the second story of their buildings, so I had to get creative. For the safe on the right, I destroyed the roof and threaded the crane in to grab the safe. Then I created a funnel with wooden boards so I could drop the safe and have it roll down the funnel into a car. Easy enough. Except it wasnâ€™t. For one, the craneâ€™s rope has an incredible amount of slack to it, so it swings all over the place. Even if you manage to grab the safe with it, it still can suddenly swing way too far in one direction, tripping the alarm. So I had to save scum (save every few seconds so I could load that save in case something went wrong). Not fun.

The other safe was really annoying, though. I found a dump truck in the level, so I figured I could drop the other safe into the back of that by shooting out the floor below it. So I destroyed the wall as best as I could so I could feed the dump truck in. It took some doing, because the dump truck would destroy other bits of the wall and even the floor below the safe, starting the alarm and forcing me to load an earlier save. And even once I got it in position, there were still more troubles. For one, every single bit of the wall I destroyed was sprinkled around the road. Which meant the dump truck got caught on all those tiny voxels, and would twist around or get stuck. So reload the save, and move every single little bit of wall until the path was clear. No problem, doing that only takes 30 minutes.

And once I finally had the rig set up, the boards would sway and drop the safe before it got in the dump truck. Or the safe would fall from the crane at a bad angle and break through the boards. Or the crane rope would be swinging still, and when I dropped the safe it entirely missed the funnel. Or the other safe would somehow roll out of the back of the dump truck because of the way I shot the floor out below it.

All in all, beating this one level took about 4 hours. 3 and a half of them were spent trying to force the janky physics to do my plan. Almost every mid- and late-game level is like this, and it can be extremely frustrating. By having these completely destructable environments and physics – a super novel concept – the game turns into trying time after time to get the world to line up with your vision.

I really donâ€™t have a great fix for this. Not that would work with a mouse and keyboard, anyway. I think this game would work great in VR. Having two hands to grab things, or place things, would make everything so much easier to manipulate. I donâ€™t think that would harm the vision of the developer, either.

It would also be great to have some sort of undo button. If you forget to save (which happens!), you have to restart the level to undo a mistake you made. And it would be way easier than hitting escape and clicking LOAD MOST RECENT SAVE. 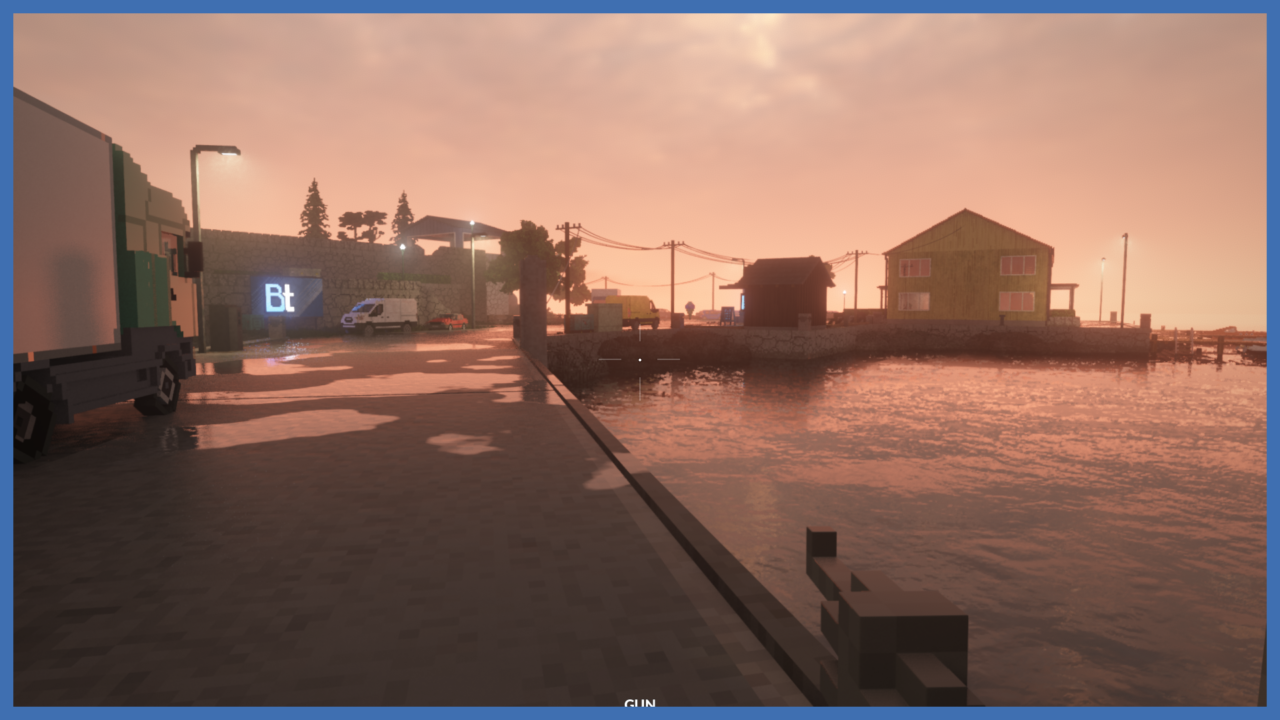 Itâ€™s also the first game that requires raytracing that you canâ€™t turn off. My computer is pretty powerful, but itâ€™s not quite ready for that kind of lighting system. So I was playing at around 30-40 fps on the â€œlowâ€ graphics settings. Some more options would really help things. 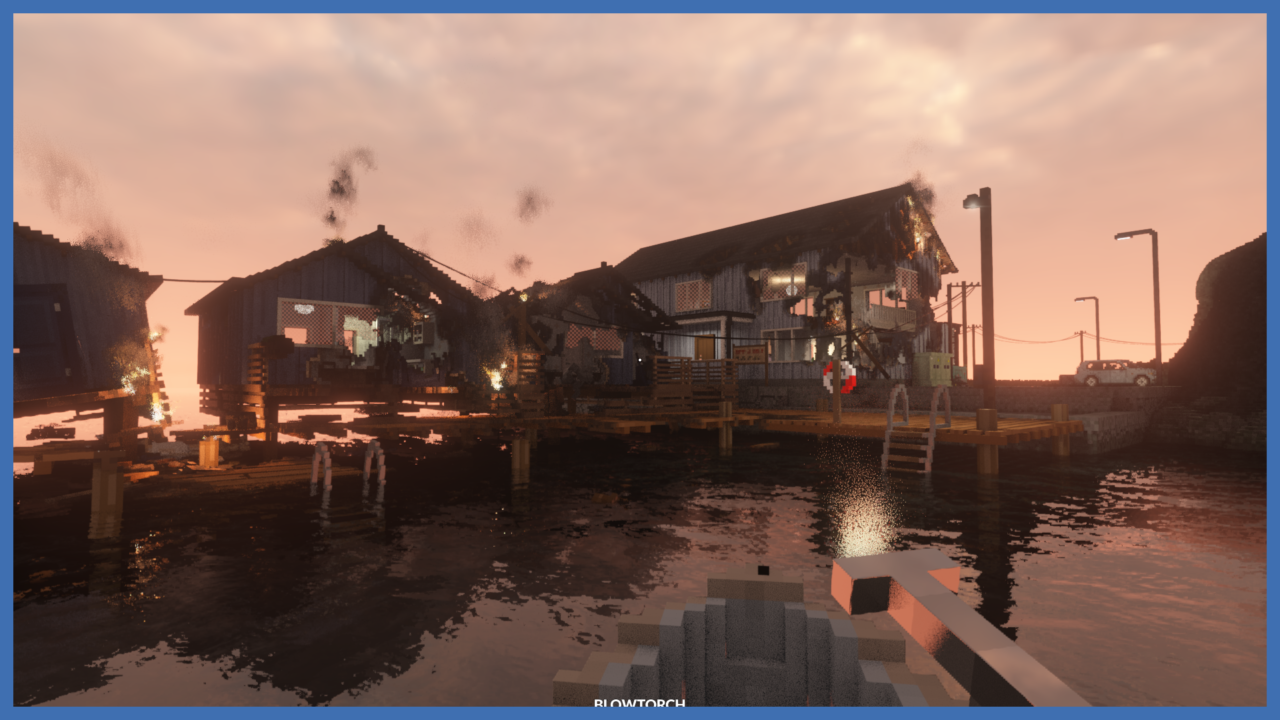 Still, I think Teardownâ€™s something every person should try. When it clicks, it really clicks, and itâ€™s a blast. There is a mission later on where you have to dump eight cars with proximity sensors into the surrounding water. So itâ€™s a frantic rush as you have to figure out a way to get to each garage and dump each car within only 60 seconds. Itâ€™s a bit like speedrunning at that point: trying to improve efficiency by just a few seconds to beat the level.

Also, they added a level editor in a recent update. I look forward to playing some of the user-created levels; maybe they have the same issues as me.

I donâ€™t think itâ€™s Game of the Year or anything like that, but itâ€™s an extremely interesting concept. Itâ€™s just that it offers you a bit too much freedom, to the point where it can drag the game down.