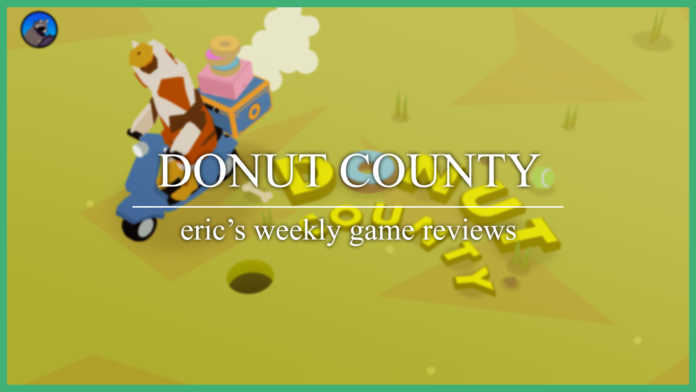 Itâ€™s got a very Katamari Damacy / Untitled Goose Game vibe. You play as a hole, sucking stuff up and growing larger. Thereâ€™s not much more to the game than that. Hop in a level, swallow everything in it, next level.

What really makes Donut County fun, and what kept me invested enough to beat the game in one sitting, is the presentation. In between levels, you learn about the wacky characters of the world, all stuck at the bottom of the hole. BK, the troublesome raccoon who keeps sending people â€œdonutsâ€ (holes), gets blamed by everyone, and constantly reflects the criticism with some ridiculously stupid answer. Itâ€™s genuinely funny, and I always loved seeing what excuses he could come up with next. 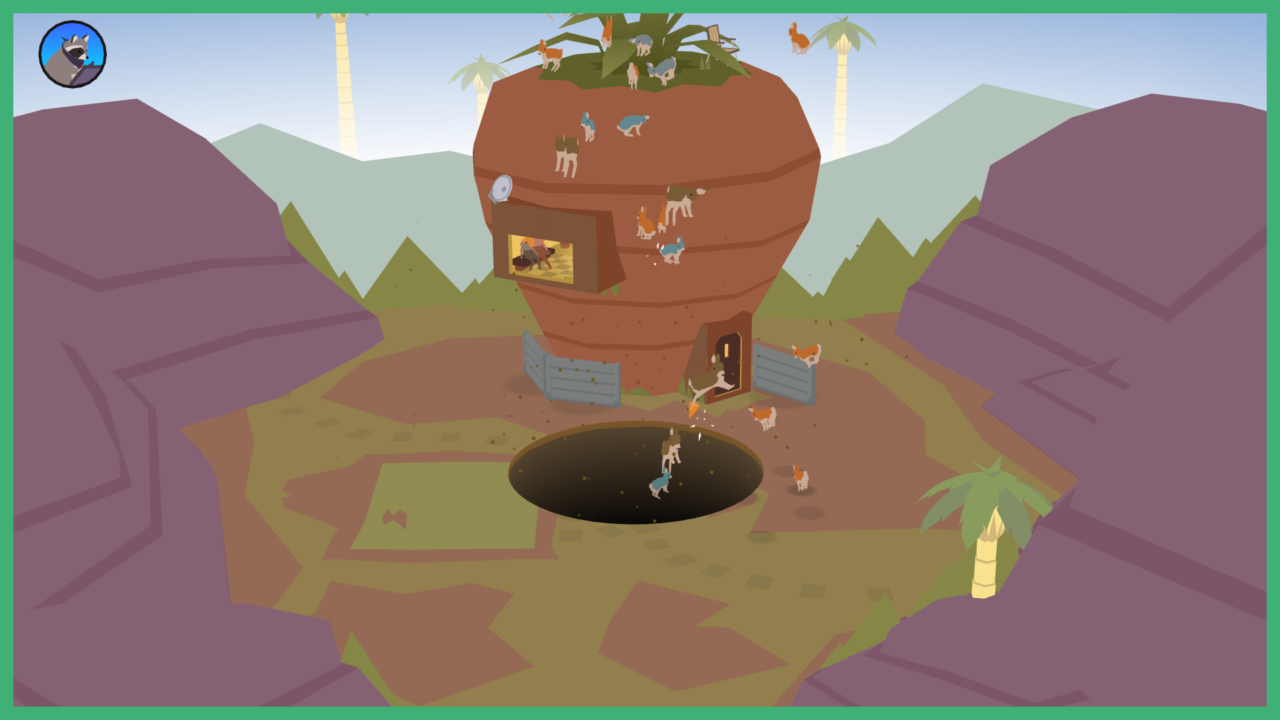 Gameplay isnâ€™t much more than swallowing stuff. There are a few tweaks thrown in: filling the hole with water, a catapult to shoot things out, swallowing a campfire to set things on fire. It adds a veneer of a puzzle game, and itâ€™s inventive enough in the level design to change up the â€œswallow stuff upâ€ formula.

But beyond that, thereâ€™s not too much to this game. I think I beat it in an hour. Itâ€™s funny, itâ€™s satisfying, thatâ€™s about it. I do wish the game had a bit more, because itâ€™s extremely gratifying to swallow things.