Well, the battle lines have been officially drawn for the next generation console wars, with Sony finally,Â finally, announcing the prices and release date for the upcoming PlayStation 5 and PlayStation 5 digital. It was… a little anti-climactic, honestly, with the biggest announcement coming right at the start of the stream, and prices waiting until the end.

For the pricing part, there are two versions of the console. We don’t know if there are any differences past the lack of an optical drive, but the PlayStation 5 is going to go for $499, and the PS5 Digital will come in at $399. Both will be available worldwide on November 12th. Preorders weren’t announced, While I was writing this article, Sony apparently told the press that preorders will be out tomorrow, Sept 17th, for the new console… getting the jump on Microsoft’s pre-orders next week.

There weren’t any new details for the consoles themselves, but a few games were announced or shown off. Very few of them looked to be launch titles.

Okay, so, this one threw me a little bit. It looks, at first glance, like an expansion for Final Fantasy XVI: A Realm Reborn, the MMO that’s got all of the grind of an MMO and all of the insanity of a Final Fantasy game x3 (there have been several expansions). Everything about what was coming, from the focus on the “Eidolons” to the look to even the sound and animation.

This was also setting up something that would play throughout… it looked interesting and all, but nothing in there really looked next gen. There also wasn’t a date attached to the game, and given that it’s square, it could be anywhere between 2021 and 2525 (if man is still alive).

There’s a Hogwarts game coming. I don’t care one way or the other about Harry Potter, though the author is a terrible person who needs to shut up and deserves no money from anyone. This is a cross-platform title, even though that wasn’t stated (it was in their press release)… so not really a system seller.

Okay, we knew about this one… one of the few new launch day titles and the only 1st party one as far as I can tell. This featured more gameplay than most other announcements, and it looks fun as hell. But it also doesn’t look greatly better than what the original Spider-Man game does on the PS4.

Extra news that came out, but had beens sidestepped… is that the gameÂ will be coming to the PS4 as well as the PS5. This game was likely to get me to buy a PS5, but it being available on the PS4 too probably talked me out of it…

Okay, I’ve already said I’ve been playing, and enjoying, Call of Duty: Modern Warfare. There’s a fundamentally satisfying gameplay loop even if all of their monetization is odorous. I think the first two Black Ops games are some of the best CoD games ever made, and had interesting, if dark, stories. BO3 was bad, and BO4 was a multiplayer only waste of time… so this was their chance to get back to the core of what made the first two games good.

This trailer… doesn’t do that. This feels more like what happens if the Rambo franchise got rebooted on Rambo III and was now done by Michael Bay. The action is eye-rollingly bad, the fact that it’s tied to some really questionable parts of US history isn’t great, and honestly it felt more dumb than anything. I loved seeing the RC car show up again, that thing was always great, but the idea of setting it off under a plane, and that plane somehow now falling back to the ground after taking off and falling apart so it could turn into a ramp? Yeah… no. But hey, you can preorder and pay to be their alpha testers, if you’re crazy or what not.

Okay… I don’t really play horror games and RE has never been my thing. This looks more Silent Hill-esque to me, but what do I know. I think Eric needs to come in here and explain more about this. Mostly it looks like more of the same, which isn’t bad if you love Resident Evil. I know Capcom has been knocking it out of the park with RE7 and the remakes.

The game that was kind of a flop in its day, but kicked off the Soul’s franchise, has been announced for awhile. It’s a PS3 remake that has never shown up on the PS4, so this will likely be the first chance for a lot of people to play it. Eric’s comment on seeing this was “hopefully you can disable motion blur.” Which, yeah. Motion Blur is the worst in games. 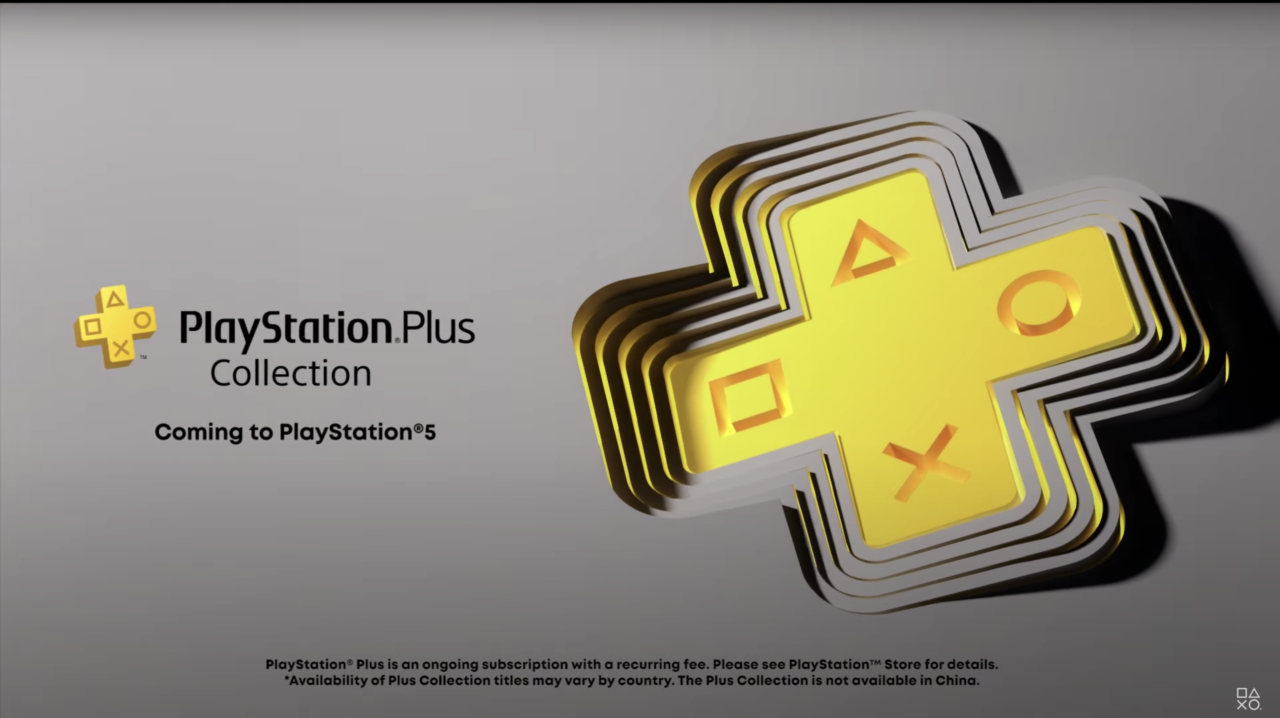 The weirdest thing that was sort of announced, but not really, because they didn’t give any details, was a new benefit of Plus. On previous consoles, Plus gets you online play, as well as some free games each month of varying quality. On the PS5, it looks like there will be a lot of classic titles available as a library, which is great, but also raises a few questions.

First of all… will this be how backwards compatibility works on the PS5, requiring a subscription? Or will owning the games be good enough? Will it always only have older games? It showed off some great games in there, like God of War, InFamous: Second Son, and Last of Us Remake. Conspicuously absent, however, were Horizon Zero Dawn, Ghosts of Tsushima, and Marvel’s Spider-Man. Will it cost more on top of plus, or just included?

Details were scant, so we need to know more, but it may be a way to get more games out at launch.

There were a few other games shown as well. A new Five Nights at Freddy’s, which I only know is a game but know nothing at all about. A new Oddworld, which, okay. I’ve never played any of the other games, but I know some people like them. Fortnite is coming to the PS5, which was a given. Deathloop got another trailer, this time it actually looks, you know, good.

Because you can’t do a stream and not tie on a pointless “one more thing” at the end… we got a one more thing that lied to us and teased a new God of War game coming in 2021. Or something. It was a voice over by Chris Judge, the line that Ragnarok is coming, and then a date. No video, gameplay, or details. Chances that this game actually shows up next year are about on par Activision announcing the removal of all microtransactions from their games.

Curious if anything in the stream was enough to get someone onboard, or off-board, with the PS5?