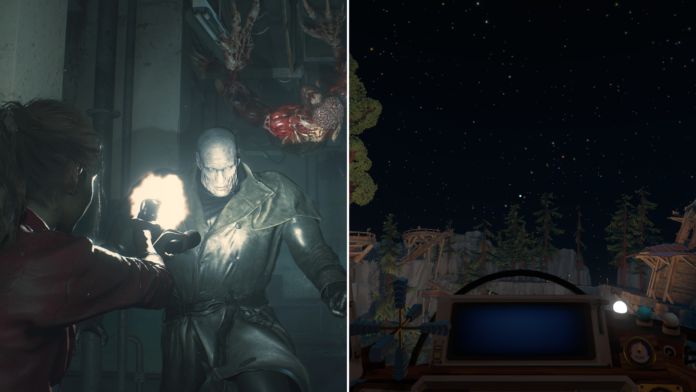 Remember 2019? Or even the beginning of January this year? Before things got all quarantine-y? I like looking back on those old days and sighing at the simpler times. Sighing through a mask, of course. Anyway, about eight months back, we threw up our annual â€œBest ofâ€ post for last year, and I felt really conflicted on what my favorite game was. Not because I played so many, but because I played so few. I really only chose Sekiro: Shadows Die Twice because I love From Software games. And believe me, itâ€™s a great game, but I didnâ€™t fall in love with it. So here I am, over half a year late to the party, to talk about two 2019 games that really took my breath away, and if you havenâ€™t played them, drop everything (except the mask!) and boot them up. 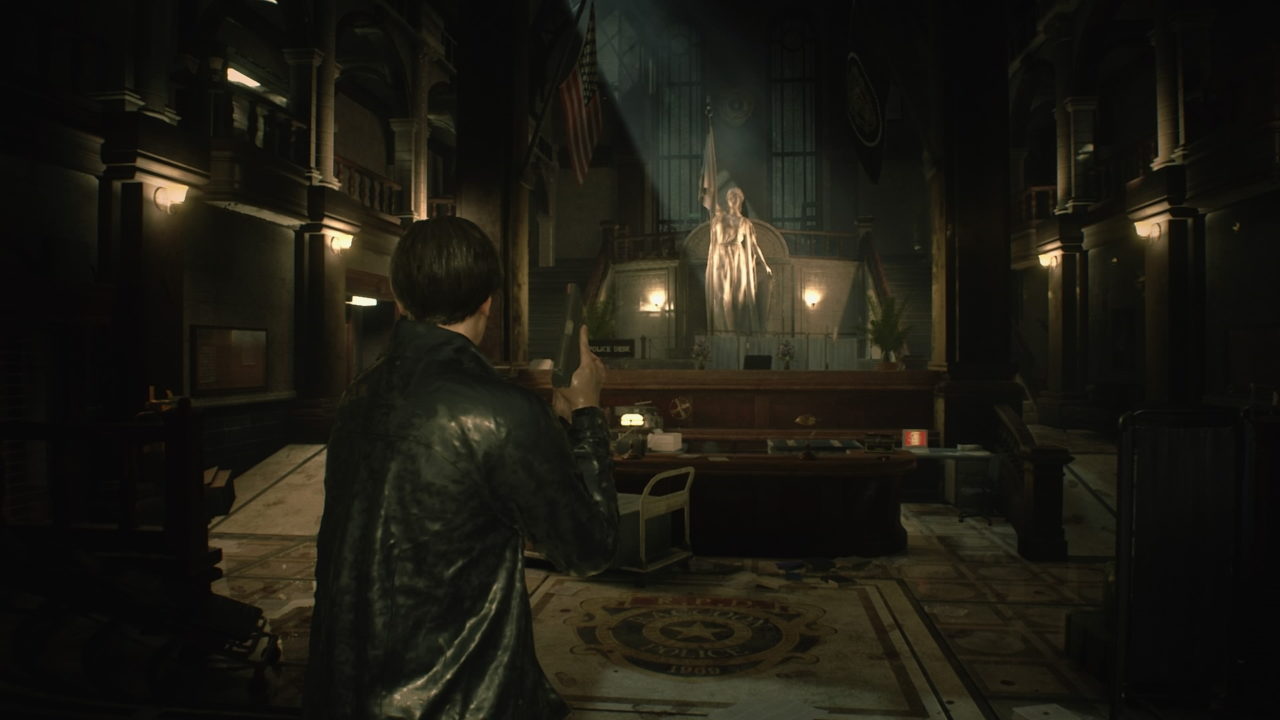 Iâ€™m sure everyone knows this by now, but good lord this game is good. A huge evolution from the tank-controlled, pre-rendered backgrounds of its original version. The atmosphere, sound design, and music (sparse as it is) all contribute to make one of my new favorite games of all time. If youâ€™re a fan of horror games, I canâ€™t think of any way you wonâ€™t love it. If youâ€™re not, youâ€™ll still love it. Trust me. I hate cheap jump scares in games like Outlast or Until Dawn, so playing through a game where the scares respect my blood pressure means a lot.Â

I played through this game on a snowy February weekend, and the rainy atmosphere of Racoon City is both cozy and terrifying. As with the best Resident Evil games, youâ€™re pretty much in one central location – the RCPD Station – and by the end of the game you know the map by heart. Itâ€™s a station full of warm colors in some sections, like the main hall, and creepy, bloodstained hallways full of groans and the pitter patter of rain on windows.Â 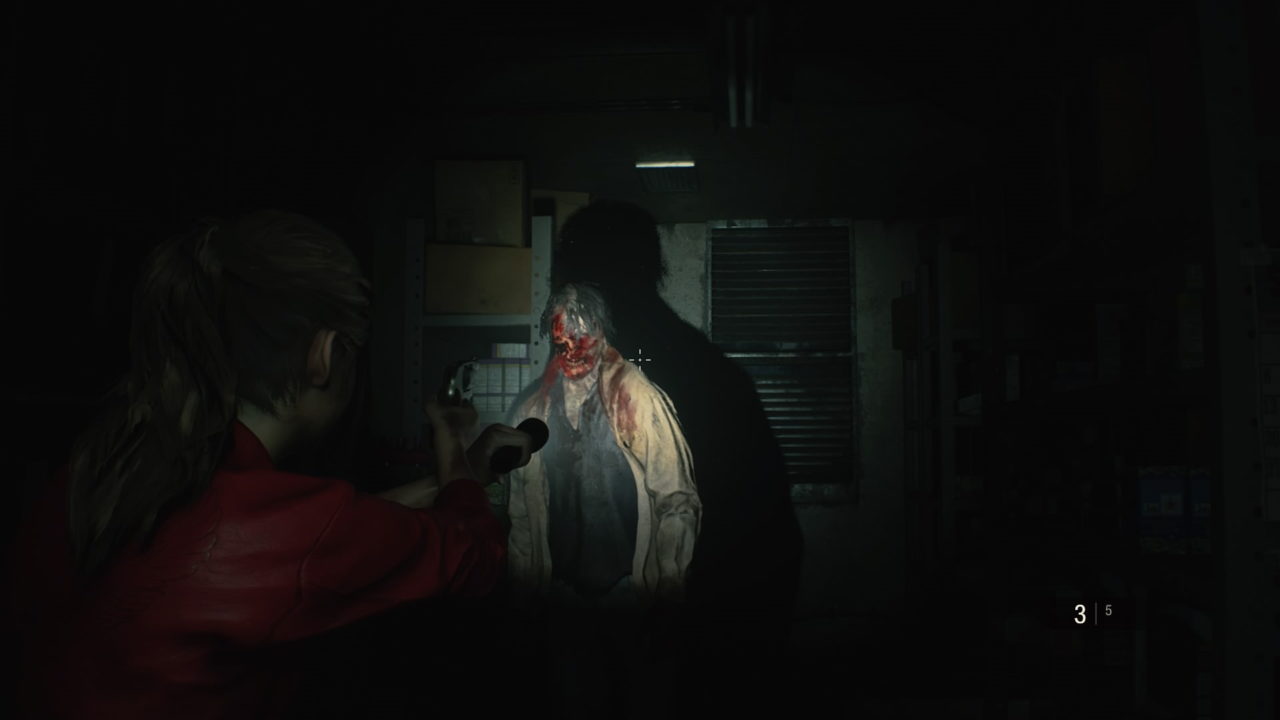 The gameplay is smooth and simple to grasp without the game becoming too easy. (lest you remove the awkward tightness and risky gunplay so perfectly epitomized in Resident Evil games). The inventory, which in past Resident Evils could be a source of annoyance and backtracking, has been streamlined, though without being too risk-free. Iâ€™m at the point where Iâ€™m trying No Item Box / No Saving runs, and things get tense in a way that has nothing to do with zombies.

And, of course, you canâ€™t talk about Resident Evil 2 without mentioning Mr. X / Tyrant. The entire game is completely changed when that big boy shows up, and zombies are now only a way to make shooting a gun even riskier. Mr. X isnâ€™t the hardest enemy in the world to avoid, and you can bait him pretty easily if you know what youâ€™re doing. But, several playthroughs in, Iâ€™m still startled when I see him stomping towards me out of nowhere.

The story and performances, too, are top notch. Resident Evilâ€™s always done this weird thing where some games, especially the early games, all seem like first acts to a larger story that resolves off camera. Resident Evil 2 isnâ€™t different in that regard, but the story that we do get is great. I always love the beginning of zombie movies, when the outbreak is just happening. Resident Evil 2 covers just that, both from Leon and Claireâ€™s perspectives. Piecing together what the hell is happening in Racoon City is so exciting, as the plot of Umbrella slowly unfolds (get it?). The motion capture and voice acting is up there with Naughty Dog, and itâ€™s doubly impressive because this is a Japanese game, which, historically, have less-than-stellar performances from its English actors. Every time Claire sees a zombie and says something like â€œwhat the hell is up with youâ€ just like I probably would, I get incredibly happy.

Unfortunately, the incredible legacy of this remake will be somewhat soiled by 2020â€™s Resident Evil 3. A game that is by no means bad, but not anywhere near the masterpiece of 2. These two games could have been a stellar duo, but itâ€™s more like the Golden Goose and itâ€™s less cool neighbor, Gerald.

Still, I canâ€™t recommend Resident Evil 2 enough, and I give it one of my rare 5/5 ratings. 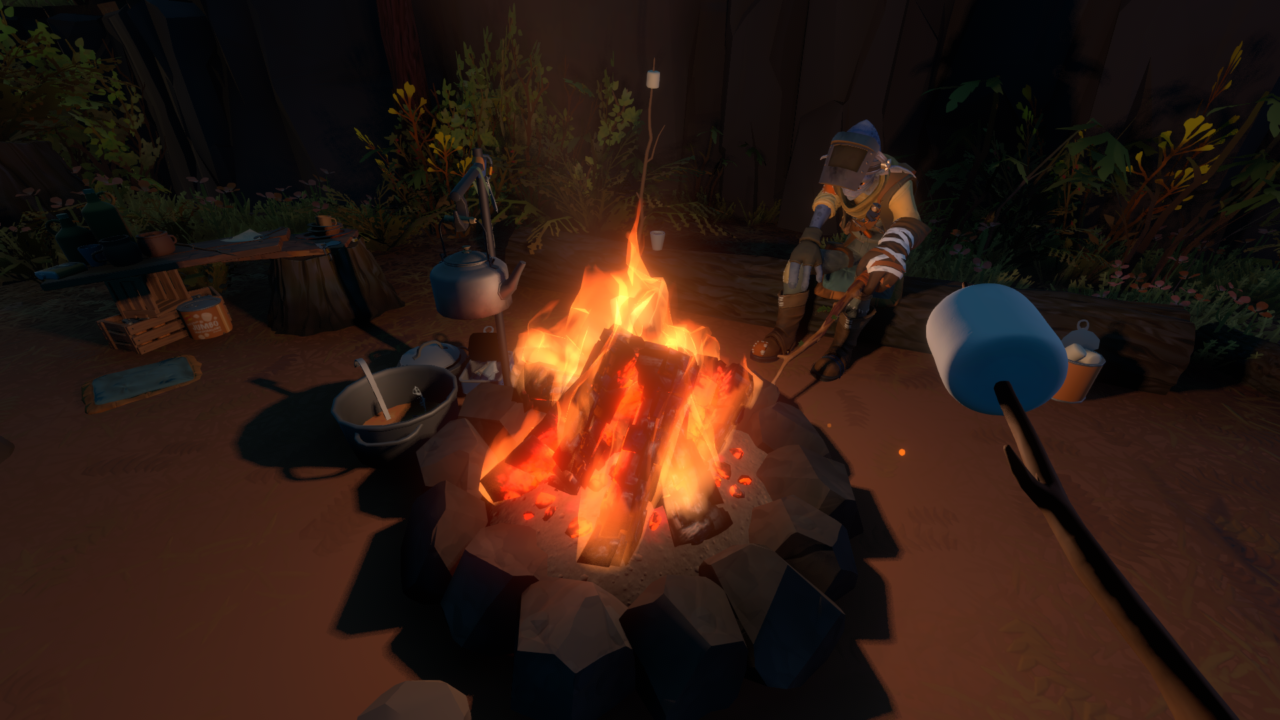 A game that everyone probably confused (understandably) with the far less inspired The Outer Worlds, the Outer Wilds is a game that few have played but those that have love.Â

And I will try my best to not spoil this game, but itâ€™s incredibly hard, because of what this game does so right.

Most games – heck, pretty much all games – reward skill over the time spent the game. You start out the game as a Level 0 whatever, and rank up, building with the tools that the game gives you, and by the end, youâ€™ve pretty much mastered the game. Itâ€™s a great formula that clearly does something right, as 99.9% of games follow it. But The Outer Wilds swings left, and instead of collecting abilities and levels, you build up knowledge.Â 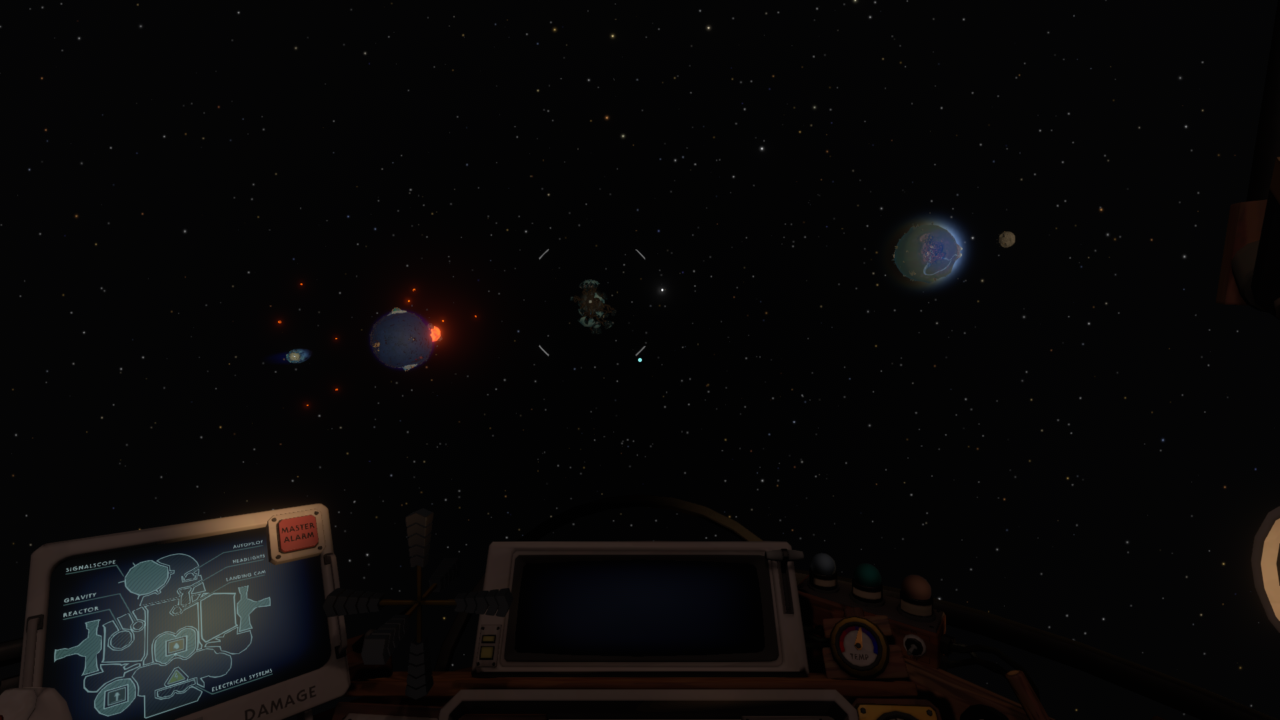 To give a very broad setup, the Outer Wilds is set in a solar system, and your job, as an astronaut, is to explore. It can be daunting to start out, to have the whole solar system available to you. I imagine many players, as I did, just said â€œwell that planet looks cool, Iâ€™ll check it outâ€. And as you do, you slowly build up knowledge, represented visually by a detective investigation-like board. Then you slowly connect the dots, and see how everything in the game has a very specific purpose, and itâ€™s up to you to connect the dots.

There are genuine â€œeureka!â€ moments, when you try something youâ€™re pretty sure wonâ€™t work, and it does. I really wish I could talk about an example, but I want everyone who plays this to go in as blind as I was. Itâ€™s so hard to write about this game, but I guarantee if anyoneâ€™s played through this game to the end, 100% agrees with me. Itâ€™s such a special game in a way Iâ€™ve never seen, and the only detraction is that I canâ€™t play it without knowing anything. Thatâ€™s the curse of basing your game around learning knowledge: you build an incredible experience, but repeat playthroughs will never hit that initial high. Not even close. I mean, by this point I could probably beat the game in around 44 minutes.

Since I canâ€™t talk about why I love the game too much, let me talk about why you, reader, might not like the game. If you like being guided by modern, AAA games, then this game may not be for you. Youâ€™re led only by your intuition and natural curiosity. The game can also be extremely vague, and sometimes a lead doesnâ€™t go where you expect, and goes cold. You just have to press through and keep trying things out, and if you expect a result every time, then prepare to be disappointed. There are very specific rules to this gameâ€™s worlds, and itâ€™s up to you to learn them – thereâ€™s no guide.Â

All that said, the experience is so great, and so well crafted, that I canâ€™t help but give this game another 5/5.