We’re a few months removed from the release of Pokemon Sword and Shield, and the recent Direct went by without any updates of note on the new app to let you trade Pokemon outside of the game. We knew the name, Pokemon Home; that it would connect Let’s Go, Sword/Shield, Bank, and Go; and we knew that it was coming in February. 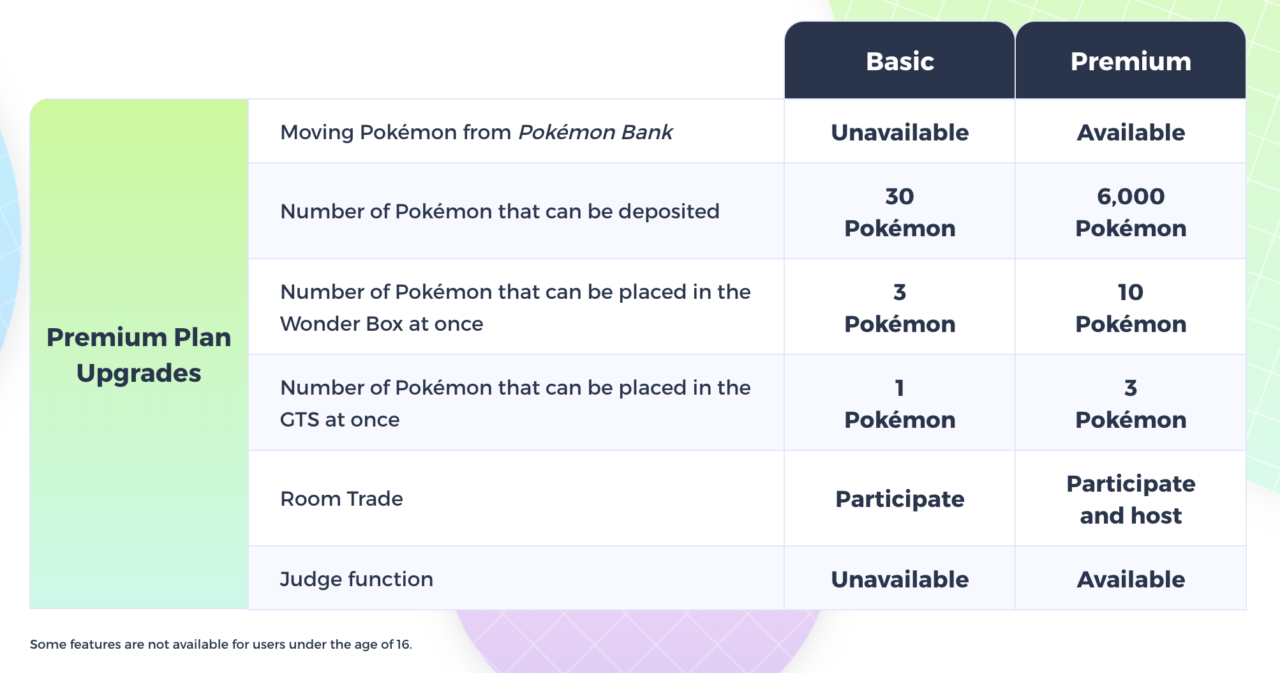 Earlier today, though, the news hit with the details, and, to be honest, it’s kind of a mixed bag. The service has a free version and a premium version. The free version is more of a surprise; Pokemon Bank, which connected the modern titles, has had a yearly subscription fee associated with it for some time. The Free option is very limited, though… you can only deposit 30 Pokemon, you can’t connect from Bank, and you only get 3 spots in the new “Wonder Box” system and 1 in the new GTS system (which I’ll describe a bit below). You only get to participate in rooms, you cannot host, if you’re on the free service as well, which likely means you’ll need a friend with the service if you want to trade something specific.

The premium version lets you deposit up to 6000 Pokemon, you get 10 Wonder Box slots and 3 GTS slots… but the price is quite a bit more than Pokemon Bank (which was only $4.99 per year, USD). Those extra 5970 slots will run you $2.99 per month, $4.99 for 3 months, or $15.99 per year. That’s a 220% increase and is close to what a year of Switch online costs; Online isn’t required for Home (save the ranked features), but still, this feels like something that should have been rolled into that. 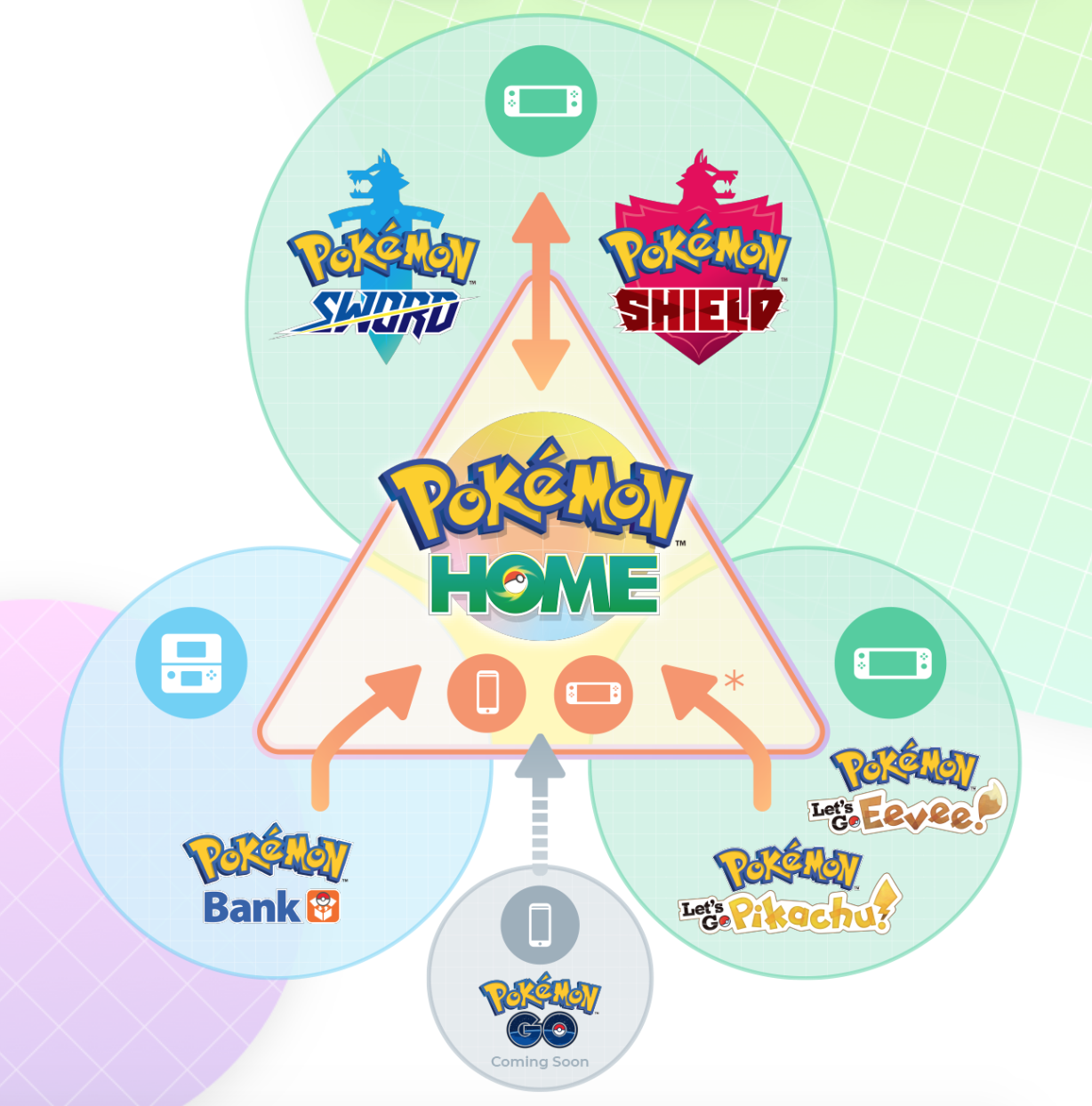 Worse, the biggest hook is in how the that the trades between Let’s Go, Go (which is coming sometime in the future), and Bank are all one-way. Once you send them over to Pokemon Home, they can live there or go into Sword and Shield… but never back out. That’s a pretty huge downside in the books of a lot of people, since part of the attraction for Bank was the ability to move between games that supported them (especially if you were trying to complete specific dex challenges). Still, if you’re trying to go between Sword and Shield, this makes it so you can do that with one console, which is nice. My daughter plays Shield, while I play Sword, and this is a welcome feature.

As for the new trading methods… Wonder Box seems to be like Mystery Trades that you can queue up. You load Pokemon and get random ones, even if you’re not in the app. GTS trades are more targeted… you put up a Pokemon, say what you want, and it opens up to the world to find a partner. 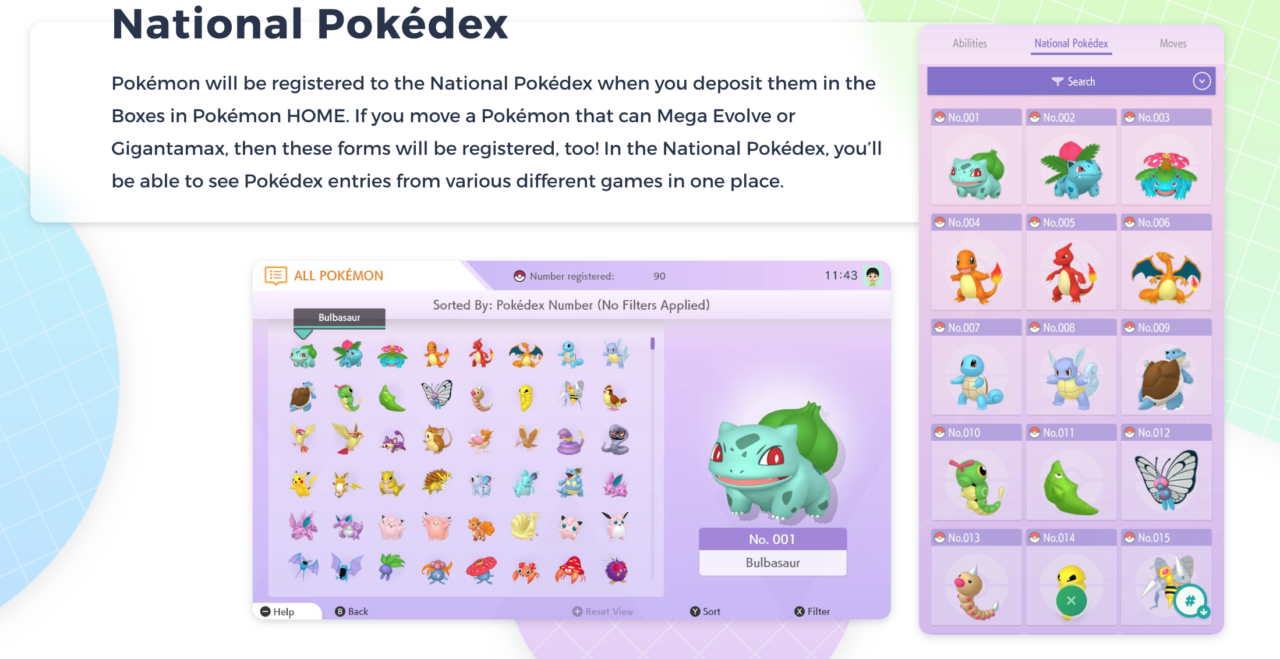 The last big feature to come is the new National Dex, which looks to be the source of information for all things Pokemon. Unlike the regional Dex of Sword and Shield, this has everything, including the entries for games, and also indicates Pokemon that can Mega Evolve or Gigantamax. It’s cool, and looks fantastic, but I’m not sure how much I’ll actually fill it out. It might get me to go back and play more Ultra Sun and Ultra Moon, though, or maybe even X and Y, to fill out some gaps I can’t in the newer games.

Sadly, the “when does this come out” question remains up in the air. I will never understand why GameFreak/Nintendo hold this so close to their chest, but they did the same thing with Bank support for Sun/Moon and Ultra Sun/Ultra Moon. My guess would be the 21st, but I have no actual information to back that up.