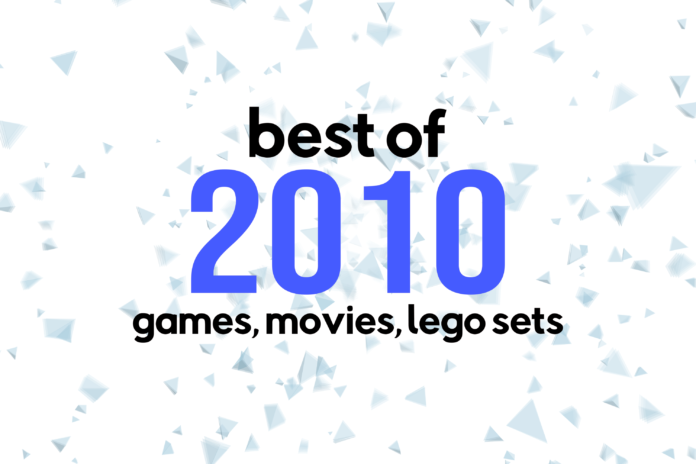 So, we’re coming up on another arbitrary date based on humans deciding that we have to structure everything. It feels weird that we’re at the end of the 2010s, because it at times still feels like 2000 was just here… despite the fact that people born this century are almost old enough to drink. As one of the olds that wasn’t just born last century, but well into last century, I have trouble remembering what happened in what year on the best of days. Luckily, we live in an era of Google where I can search and see what happened in a particular year and go “ooooooh.”

It’s weird to think about games from a decade ago, given how much we’re supposed to forget what happened a few months ago to buy the latest and greatest thing. That said, there are so many classic games released over the past decade, and it’s shocking how many came right at the start of the decade.

Ace’s Pick: My daughter was born in late 2009, and my two boys a few years apart after that so these series are articles are going to be difficult to contribute to. I was heavily into World of Warcraft just before the daughter was born but gave it up cold turkey once she came. It wasn’t just that, I missed out on a whole console’s worth of games on PS3. But, I do remember one game that I picked up and played quite a bit: 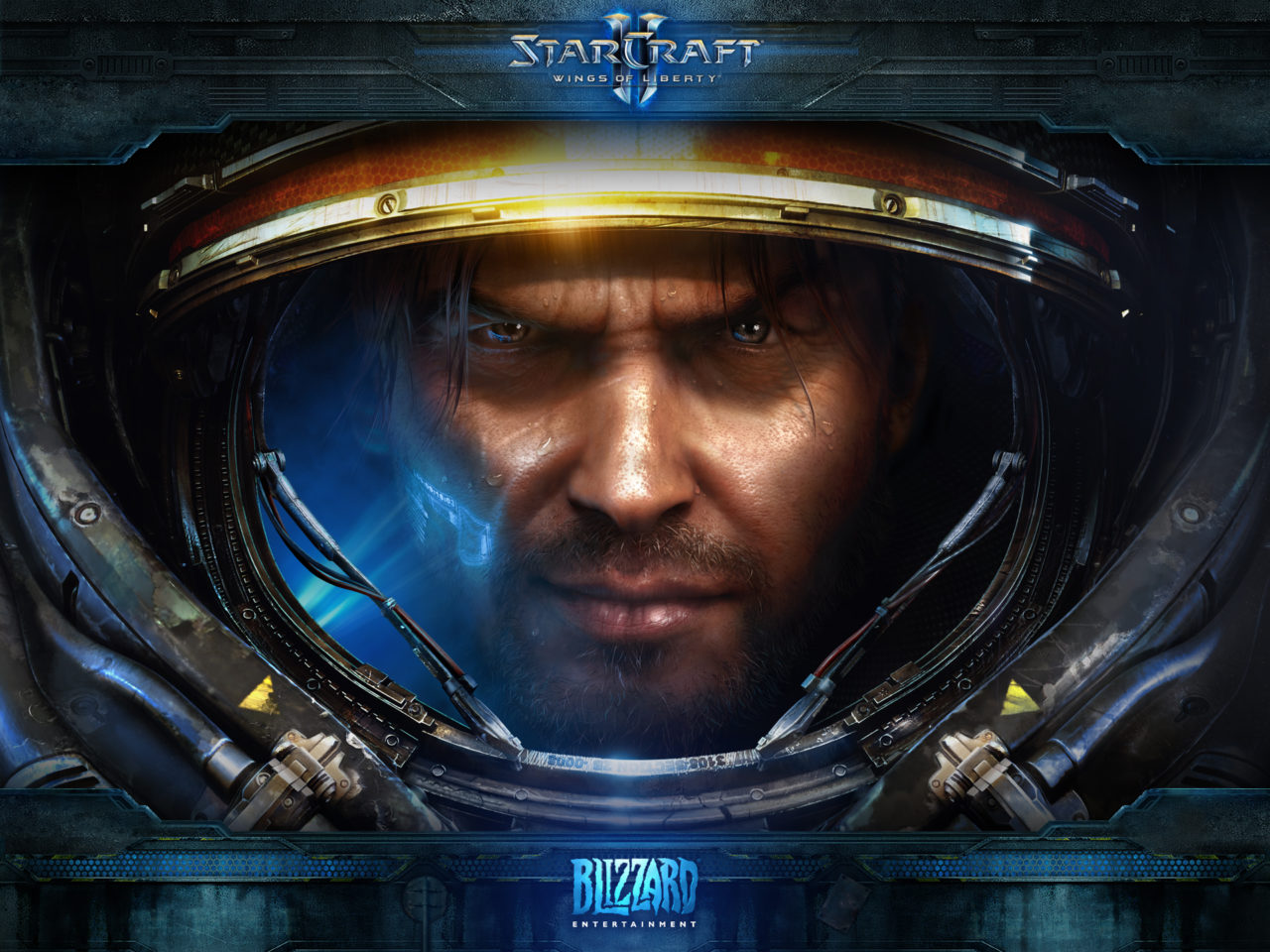 Yep! Starcraft II gets my pick. Despite being Korean, I never played the original Starcraft before so I was looking forward to the sequel. I couldn’t play for long stretches, maybe an online match or two, or if I did ever have more than a few minutes, I’d play the campaign. I never did finish it though but no matter, it was still highly enjoyable and gets my pick for my favorite game of 2010.

Eric’s Pick: My God, I was 12 in 2010. Sorry to make most of our readers feel old, just saying bear that in mind. For these first few years of the decades, most of the games I played years after, when I was, you know, old enough to actually get it. Looking back, 2010 is a weak year of games for me (for me, I said, keep that in mind when you read below). One sits surpreme, even just in terms of hours put in (sitting second on Steam after Team Fortress 2’s massive 426 hours that I’ve played). And that game is… 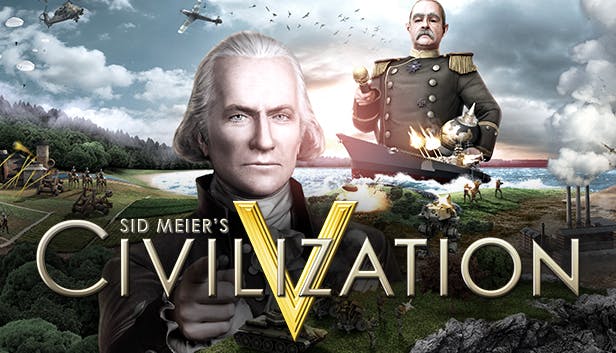 Look, I’m in college, and that means a lot of down time in classes. Being able to hop into Civ V for a turn or fifty is always welcome. It’s the perfect idle game to turn on a podcast for. And, on higher levels, it turns into a legitimately stressful experience, as higher level CPUs or people who know what they’re doing can just absolutely ruin you. I have Civ VI for Switch, and I’ve just never had the heart to put away Civ V. I can guarantee, come FBTB’s Best of the 2020s, I will still be playing Civ V just as happily.

Nick’s Pick: Google “2010 games” and your response is likely something like mine… “Holy [expletive], there were a ton of good games in 2010.” It feels like so long ago, but that was at the height in the XBOX 360 / Wii / PS3 era, while it felt like the waining era for PC gaming. Red Dead Redemption, Fallout: New Vegas, Call of Duty Black Ops, StarCraft II, and Civilization V all came out in 2010, and with one weird exception*, I spent insane amounts of time on all of those games, and go back to them from time to time. But one game that came out in 2010 dominated my time more than any other, and I replay it almost yearly… 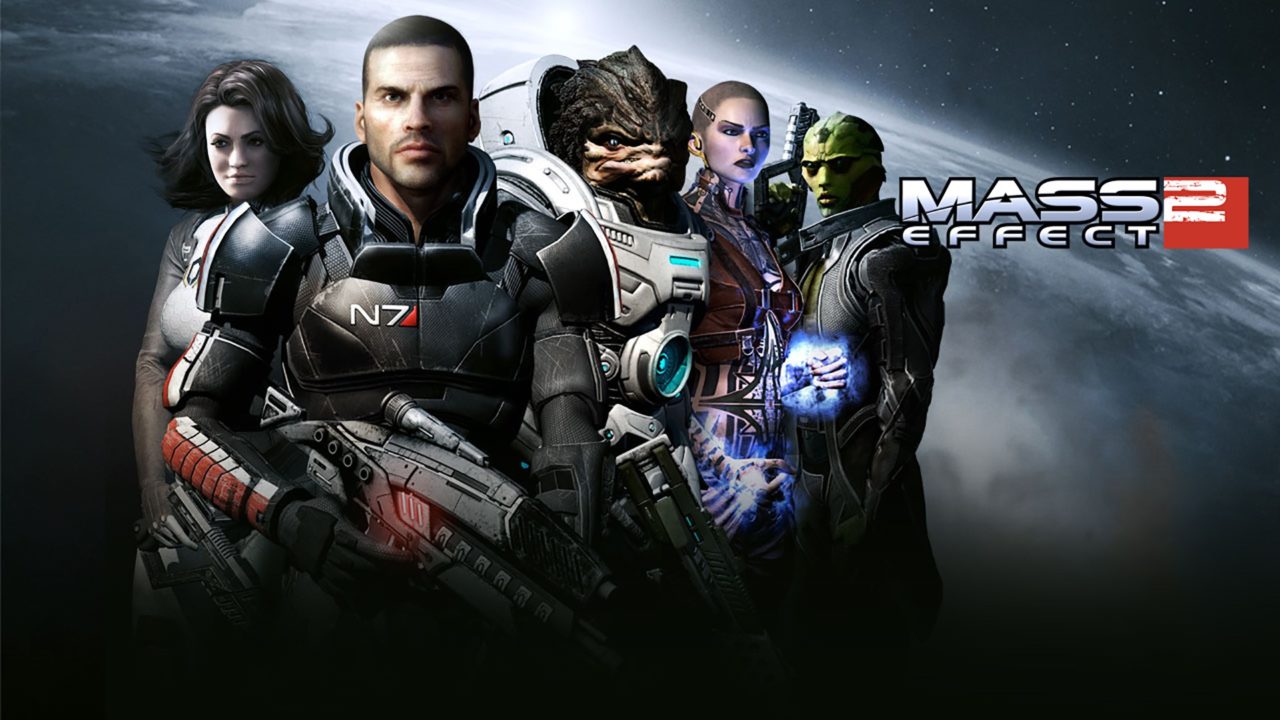 Fun story time, and by fun, I mean more “oh, okay”… I didn’t like Mass Effect when I first played it. I ran into a game-breaking bug on the very first mission and couldn’t progress when I played it on my 360 and never bothered to play it again. I heard great things about ME2, so opted to throw in the original and check out what I missed, and then promptly cursed 2007 Nick for wasting so much time. I played through ME2 without finishing ME, then went back to the original, played through it, and came back into ME2 and gotÂ a completely different experience. I’ve probably beaten the game a dozen times, and always had slight differences. It’s one of my absolute favorite games of all time, and I love it, despite what’s happened to EA and Bioware since that time.

Did you know that the moving cinema pictures existed a decade ago?

Ace’s Pick: This was tough. I had written up a whole thing on Toy Story 3, as that was my initial pick. But looking back, there was one particular anime movie that came out that year that I really, REALLY enjoyed: 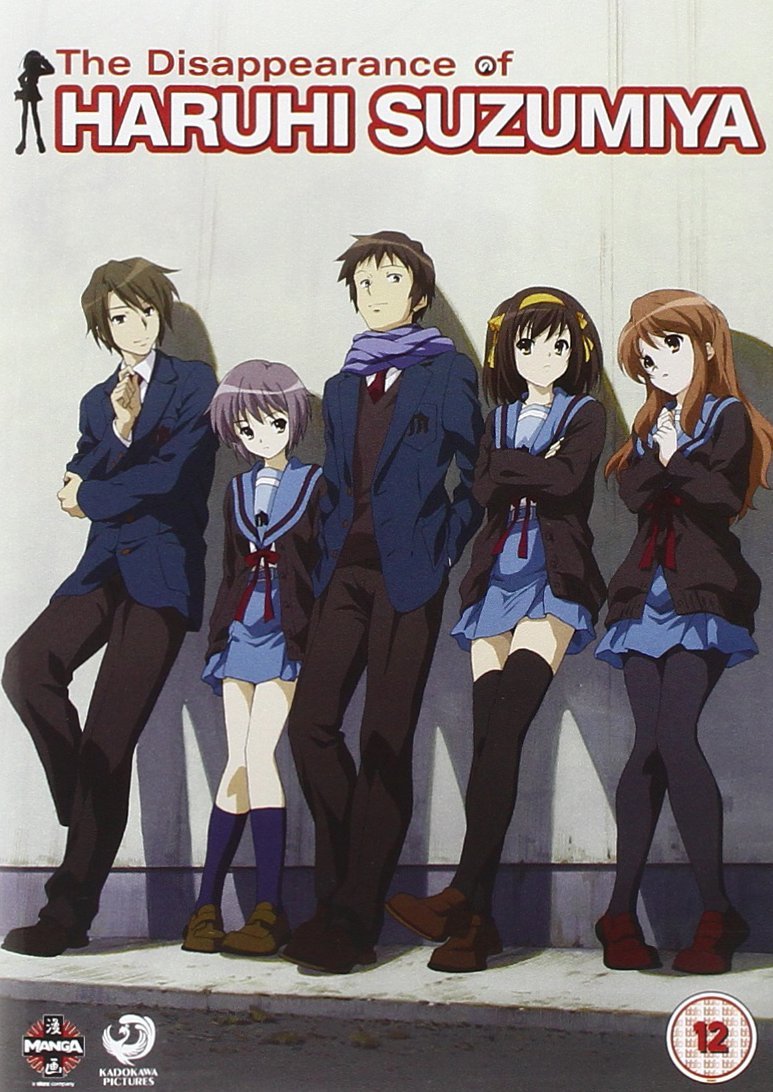 I’m cheating a bit because it’s not an American-released movie but I don’t care. I was going through an anime phase at this time and The Melancholy of Haruhi Suzumiya was a pretty enjoyable series. It’s about a teenage girl, Haruhi Suzumiya, who has god like powers but doesn’t realize it. She summons a cohort of aliens, time travelers, and espers to make life more exciting. They keep her entertained enough so that she doesn’t destroy the world. The movie though, takes a different turn where the world is indeed reset and the gang has to make things right again. All, of course, without Haruhi realizing who any of them are or what they are doing. I was actually quite surprised at just how good the movie was. I highly recommend watching the anime series followed up by the movie. I’m doing that all over again right now as a matter of fact. And yes, this beat out Toy Story 3.

Eric’s Pick: 2010 is a weird year for movies. While we got some legitimate hitters: The Social Network, Inception, Scott Pilgrim vs. The World; most of these movies just feel…so 2000s. Does that make sense?

Anyway, here’s Tangled. My favorite Disney movie, Tangled hit right at that rare moment where Disney actually had something to prove – away from 2D animation like in 2009’s The Princess and the Frog (another good one), and the effort really shows. However, largely, Tangled has stayed out of the Disney gaze – probably since it’s nowhereÂ near the insanity of Frozen’s reception. And I like that. No sequel needed (though there have been a couple of shorts and an animated TV show, which I’m outside of the target audience for). The songs are great, the comedy hits, and the animation is top-notch. While other 2010 animated movies like How to Train Your Dragon and Despicable Me look a bit antiquated now, Tangled will never die. Trust me.

Nick’s Pick: For all the great games of 2010, the movies of that year feel a bit… lackluster. There’s really only one film that stands out as something that I love and remember. I mean, I’ve watched Iron Man 2 multiple times, but it’s not a great movie outside of its place in the MCU… something I’ve written aboutÂ for this site. 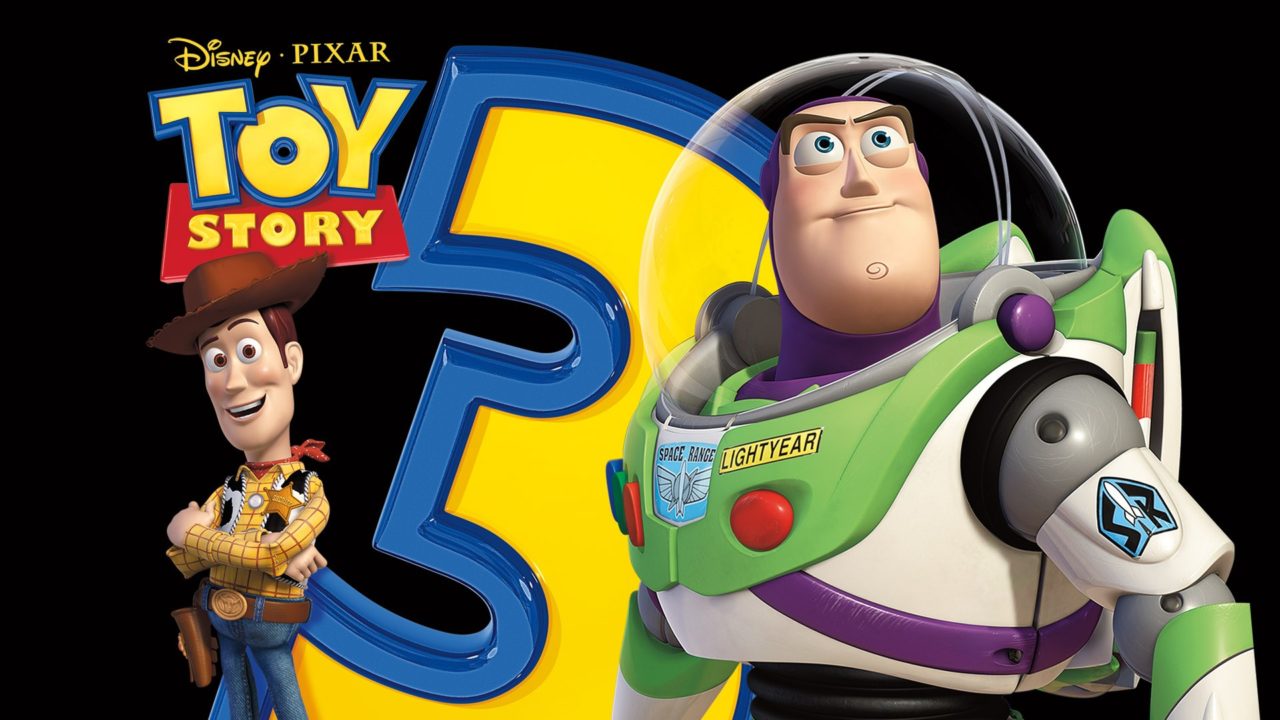 Pixar has been kind of up-and-down in recent years, but I don’t remember being more unenthused for a movie and then shocked by the final product than I was for Toy Story 3. This movie, quite simply, is just a perfect ending. It hits an emotional note that I didn’t know was possible for an animated movie about toys. That ending hits even harder as I’ve gotten older, given things up, and had kids of my own to share things with.

It’s funny how much the view of LEGO has changed amongst the staff since 2010. It went from the primary focus, to a secondary focus, to a “part of our core and history, but not the focus” here. There are some who are probably upset by that, but it’s just the nature on us all changing and growing. Life has a way of taking you ways you don’t expect, and LEGO was no exception.

Ace’s Pick: A couple of great sets came out this year, but this is the first year we got these guys: 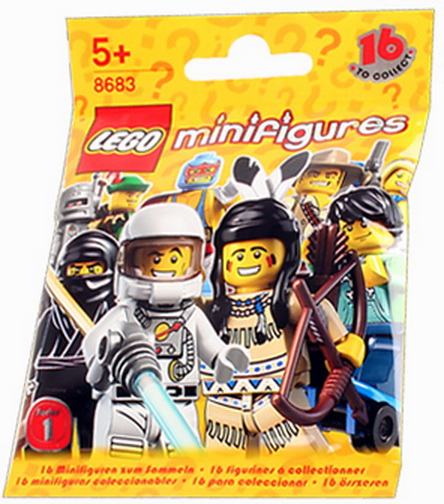 Yep. 10 years ago today, LEGO release the first series in the Collectible Minifigure line. This would spawn 18 more series plus a couple of licensed ones. The figures themselves were a mixed bag of “okay” to “great”. But we started seeing figures that we normally would not have gotten in a regular set. Plus we were introduced to some new accessories. It opened the door for more variety in just about every way. They were a fun thing to collect back then.

Eric’s Pick: I looked, and apparently FBTB never did a review of 8097 Slave I, and that’s okay, because I’ll do it now. 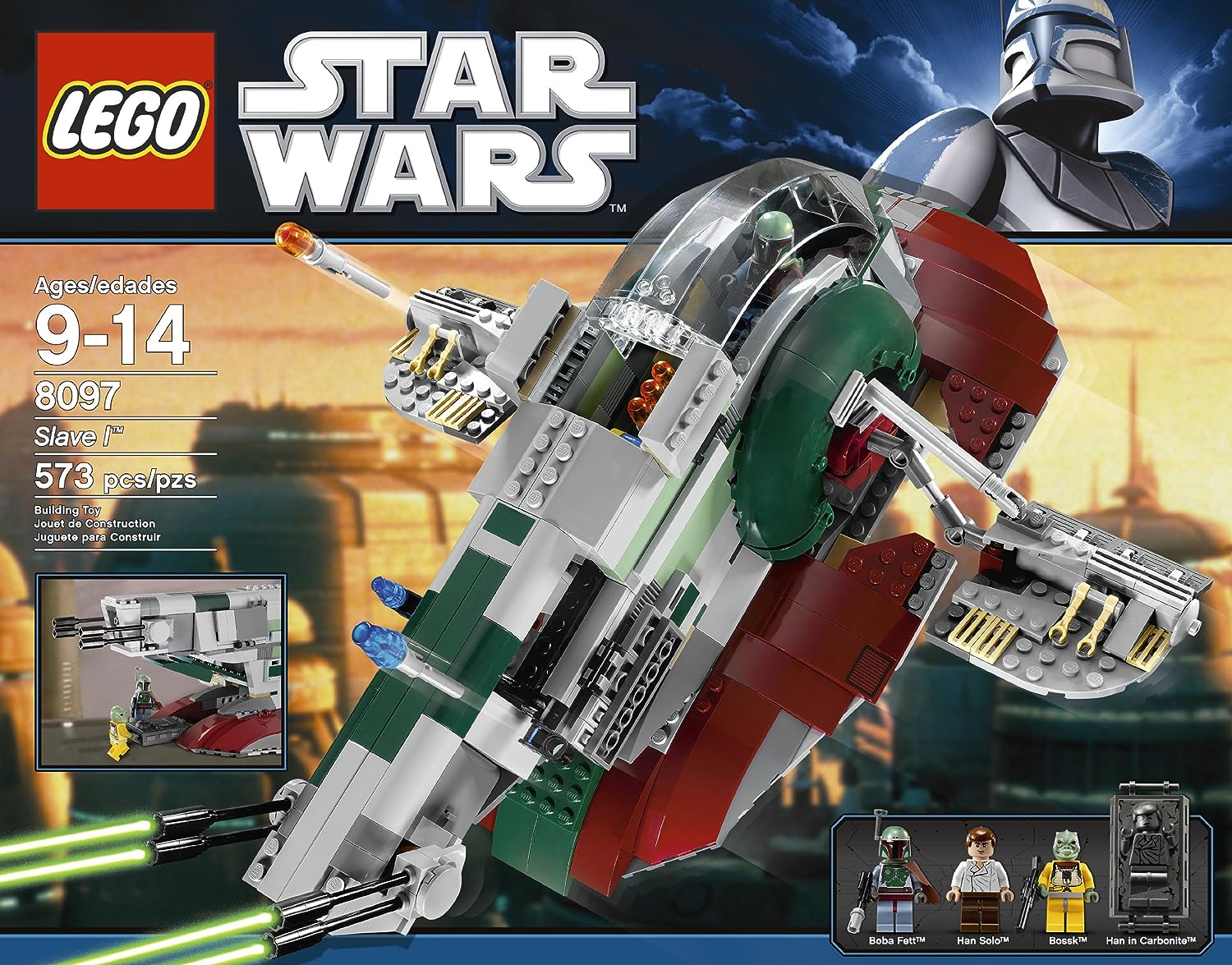 It’s really good. As a playset, as a model, as the first release of the new Boba Fett and Han in Carbonite minifigs. This was in Lego in their flick-fire prime, so we got, like, 8 of them.

Nick’s Pick: 2010 was kind of a rough year for Star Wars LEGO. There was the motorized AT-AT, which I loved, but it has a lot of issues. Super Heroes wasn’t a line yet, and honestly, there wasn’t a lot of licensed content. What there was, that year, was a lot of original sets that were simply fantastic. The Modular Building Grand Emporium released in 2010, as did Shuttle Adventure… but it was one particular set that still stands as one of my all-time favorite sets. 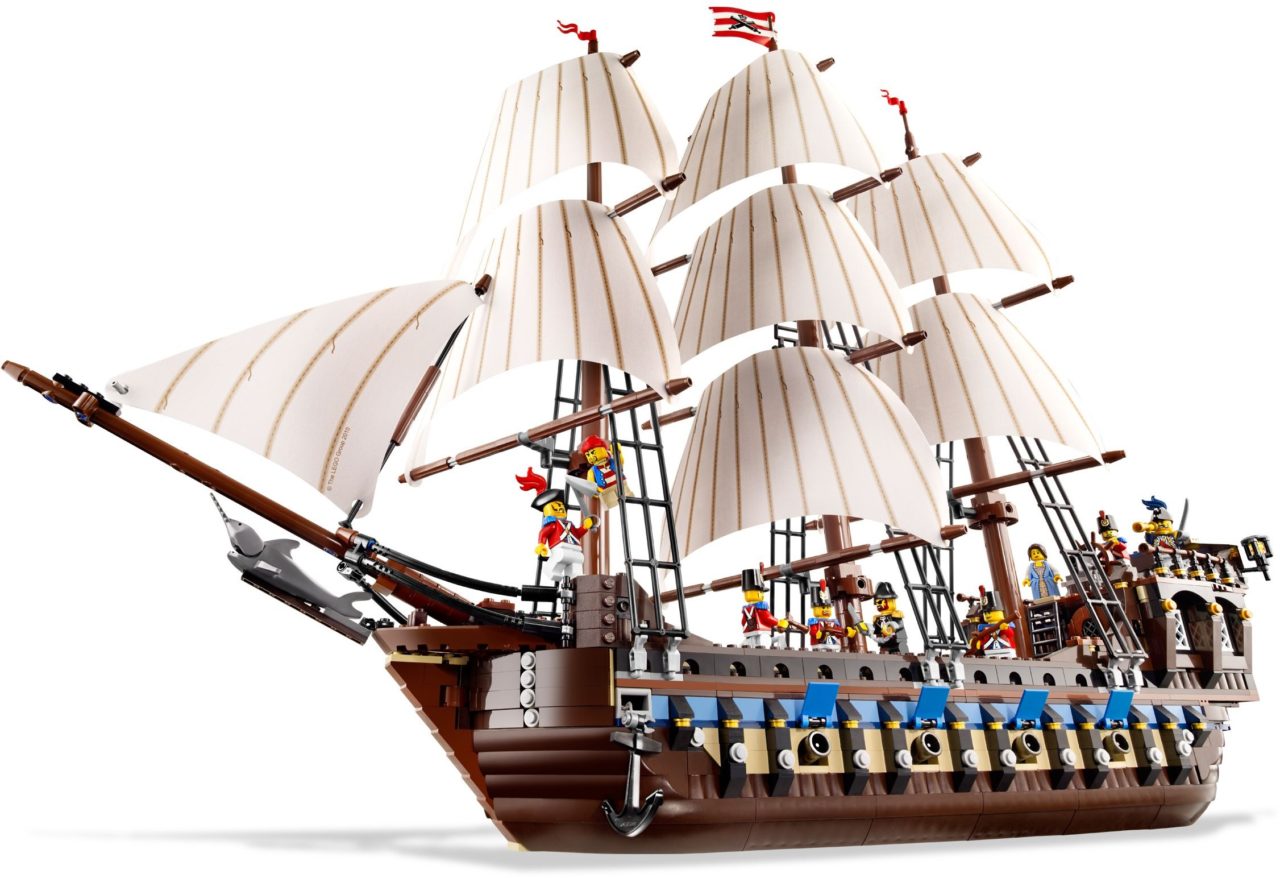 I should put this back together, but I don’t have anywhere to keep it. I remember at the time pestering LEGO to send more more cannons, because they show a lot of them on the ship but only include… half of them? I did a lot of little things to improve it, and added a lot of minifigs, but this was just a brilliant set that remains singularly unique.