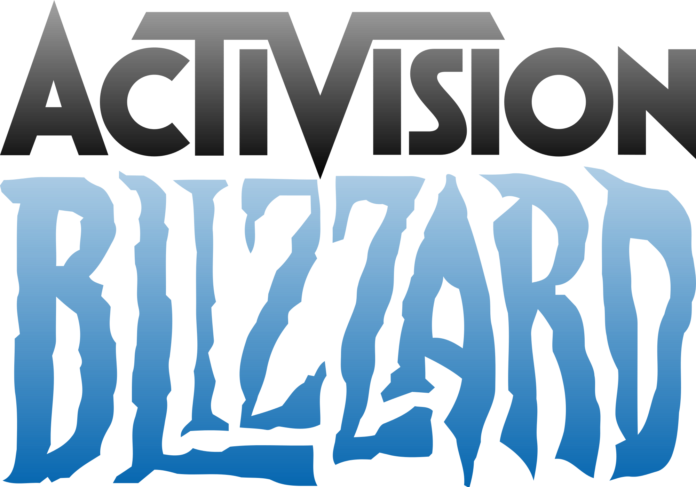 Rant incoming. It may get salty. There may even be some language… just going to warn you.

I’ve said that I’m a Blizzard fan before… I own pretty much every game and expansion pack that they’ve made dating back to the original Warcraft. The latest WoW expansion wasn’t that great, but I still have an active sub (paid for a six month stint a few years ago). As a company, though, there has been something seriously wrong… after they face planted with BlizzCon, and after their parent/sister/whatever company Activision lost Destiny 2 when Bungie wisely dropped ActiBlizz like the festering turd that they’ve become. There were other things there… talent leaving Blizzard in a big wave, and the installation of Activision execs into posts. Rumors of cutbacks, Blizzard cutting off an eSports team and cancelling a program that left a bunch of people without a job… there had been problems.

But none of that compares to today. After today, I think we should all tell Activision Blizzard to piss right off.

There had been rumors for awhile that Activision was implementing “cutbacks” and forcing dev teams and divisions to go lean. Within the past week, there was word that layoffs were expected around the corner. That shoe dropped this morning and they announced that they would be eliminating 8% of their staff, around 800 people, to promote “efficiency.”

Then this evening, on an investor call, their CEO had this to say:

We once again achieved record results in 2018.

By record results, they mean revenue and net earnings, despite the fact that they’d seen some shrinkage in their player base. Their games “missed expectations.” For that, 800 people are out of a job. Don’t worry about the executives, though… they’re going to get bonuses and plenty of stock grants (which is up, because Wall Street can go get bent too for rewarding this crap). The CFO just got a $15 million bonus for taking the job.

Look… we’re all capitalists, and a business has to make money. There are plenty of companies out there that make plenty of money (2K Games, Nintendo, CD Projekt Red… and plenty of others). Activision Blizzard, on the other hand, dodges taxes, makes unrealistic projections and expectations and expected things to grow forever (which it wasn’t going to do). And yes, a lot of the cuts are to admin, eSports, and non-dev roles… but those people are still important to executing and growing business. Something that is more or less impossible when you drive morale into the sewer and leave the threat of layoffs in the background. I don’t even like eSports (in part because I think the name is stupid), but let’s not pretend it isn’t a force.

Let’s contrast this with what happened when the WiiU failed, and Nintendo missed expectations. CEO Satoru Iwata opted to take a 50% pay cut, and the board took lesser, but still substantial, pay cuts. It was done, specifically, to prevent having to make cuts to the staff because it wasn’t their fault.

There is nothing on the horizon coming out from Activision Blizzard of note… except a mobile Diablo game that basically none of their fans wanted. Another Call of Duty, which continues to slide (deservedly, it jumped the shark after Black Ops 3), maybe? Nothing at all new coming, despite Blizzard having some of the most powerful original IPs in all of gaming and they can’t do anything competent with it.

Overwatch has made obscene amounts of money, and it is a bloody fun game, but it gets such a tiny sliver of development help in proportion to that. They’ve added 6 heroes in the past two years, and six maps. Sure, those things are fun, and there’s been development on top of that… but Overwatch is a game that made over a billion dollars in its first year, and it’s a foundational part of those record earnings Activision made. But it’s numbers are down, and people are buying less loot boxes (because loot boxes are junk and all they do is put out seasonal skins, but little to actually spice up the game), so that means they have to tighten the belt and fire people.

I feel for the 800 people out of the job, it absolutely sucks to get used up like this. It’s way past time for game dev, eSports, and similar stuff to unionize in the same way that entertainment and professional sports have to protect against this. Activision Blizzard doesn’t deserve a cent from anyone at this point until they prove they can respect the people and games that put them where they are, and deliver to their customers. And yes, I realize that if everyone suddenly stopped buying a lot more people’s jobs would be at risk, and developers aren’t responsible for this, but the only way to get Activision Blizzard to wise up is hitting the bottom line. It’s all they care about, and if the slide continues, it won’t be the execs that are shown the door next. I’m also not clear how you solve the problems you have by getting rid of the people who are going to fix it.

If you want them to stop with this nonsense, tell them piss off, and never buy another one of their games, loot boxes, or expansions.