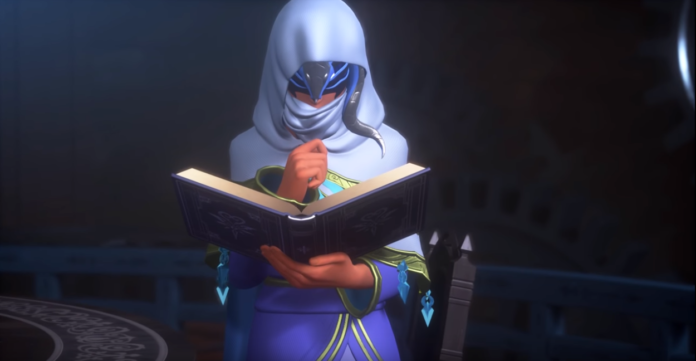 Hey there folks. Kingdom Hearts 3 (or III) came out yesterday. People have been anticipating this game forÂ eons.Â Or at least in the 14 years since Kingdom Hearts II.

Now, a common misconception with this series is that the “side games” don’t matter. Games like Dream Drop Distance, Chain of Memories,Â orÂ 0.2 Birth By Sleep – A Fragmentary Passage.Â Which, even if you only played Kingdom Hearts and Kingdom Hearts 2 (or II), you would realize ain’t true. See, there’s no such thing as a “side game” with Kingdom Hearts.

The storyline is a horrible mess. Unfortunately, the story is a huge part of the games. I lost interest in the series withÂ Birth By Sleep. The game kept thrusting me into lazily put-together Disney worlds. If the only reason to be in a location is “remember how goodÂ The Lion King was?”, we might have a problem. That’s an article for another time.

Regardless, Kingdom Hearts 3 (or åƒ) looks to be a simple and clean time, and for me, at least, it’s worth picking up just to experience the cool game play, top visuals, and praying that finally there will be some conclusion.

So if any of you out there are like me – haven’t played all the games but Kingdom Hearts 3 (or à§©) caught your eye, let me guide you to some great video guides that break the mess down so you won’t be (as) confused.

Cute visuals, fun jokes, and it’s notÂ too long. While it may not be the most accurate summary (as it is 99% drawings), it definitely helps you figure things out.

A bit of a shorter one, but without going as in-depth. It touches on theÂ mainestÂ games (whatever that means at this point) and skips a lot of the Kingdom Hearts bull to get to the main story of Aqua, Sora, and Xehanort. Not to mention Xehanort’s 7 copies. Yeah, buckle up.

The Story So Far in Kingdom Hearts – IGN

This one is all text-based, which might help take things slower. Nonetheless, you still get sentences that read: “Roxas then falls into a coma because of what’s happening to Sora in Chain of Memories and doesn’t wake up until Axel returns from Castle Oblivion as the only surviving Organization XIII member from there.”Â Spoilers? If you can even make sense of it.

I did the math – that’s about 38 hours of cutscenes.

Or Just Play the Games

I mean, might as well, right? Kingdom Hearts 3 (or Ù£) isn’t going anywhere. In late October, Square Enix releasedÂ Kingdom Hearts: The Story So FarÂ for PS4 (sorry Xbox). It has all of those games above, but you get the bonus of being able to actuallyÂ do something during the majority of it.

In conclusion, I can’t really recommend any particular option – it’s completely up to you. But if you’ve seen any trailer for Kingdom Hearts 3 (or áŸ£) and thought it looks cool…then trust me, you’re gonna need to know what’s going on.