Well since this is a holiday weekend… sort of, we thought we’d share a list of games that will be taking up our time this week…ish.Â having July 4th in the middle of the week kind of screws everything up, doesn’t it? Unless you’re like Nick, and took the entire week off just to hide from meetings at work. Hopefully there will be plenty of gaming time when not spending time doing family stuff, unless said family stuff is playing games. 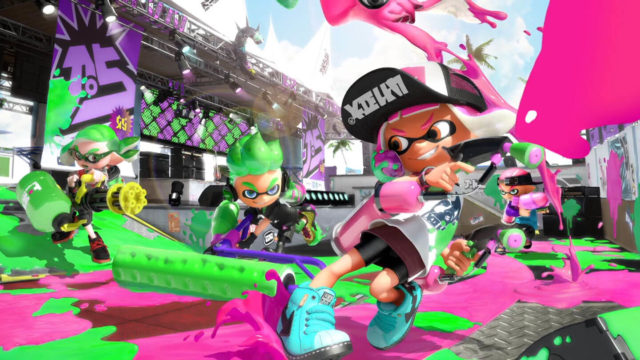 Splatoon 2 is the one game I spend most of my time on. The ranked modes are fun when you’re winning (like most things in life) and Salmon Run is always good when you want a bit of a break from the competitive side and do some friendly co-op. This might be the weekend where I can finally break into the Rank X rank. Plus, there’s the Octo Expansion which I haven’t even cracked into…

This is the only non-Switch game on my list. The only way I can really play this game is if I have a huge block of time where I can just spend hours and hours on one battle.Â  The other games on the list can easily lend itself to a short blocks of time. Not this game though. If I’m not dying and resurrecting at least 50 times in a row then it’s just not God of War to me. 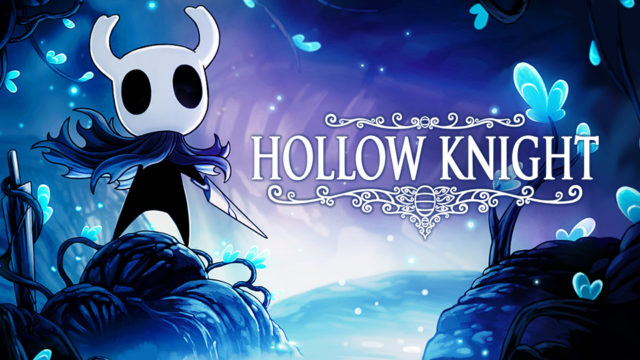 This was a hotly-anticipated game for the Switch and while everyone wondered when Team Cherry was going to announce a release date, it’s clear that Nintendo wanted to feature it as a “download it today” announcement during their E3 Direct broadcast. I took a chance based entirely on hype and downloaded it only to be absolutely delighted with its metroidvania game play. The platforming can be a bit frustrating at times (I’m beginning to hate Crystal Peak). Boss battles are challenging and fun. The hand-drawn art is fantastic as well. Hollow Knight is the whole package and an absolute steal at just $15.00. If there is one game I will turn on before Splatoon 2, it’s this one. 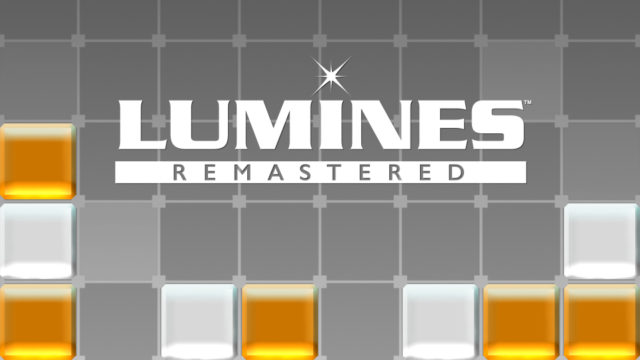 This one JUST came out this week. I played the original one endlessly back in the day when Lumines was a PSP launch title. I’m pretty sure there were some other iterations since then, but Lumines Remastered is the first time this title has appeared on a Nintendo system. S

A game I won’t be playing this weekend? Pode. I wrote down my thoughts on the game in our review so I’ll just briefly recap it here. I downloaded that in hopes that the wife and I can play something together. She’s not a gamer, but we did have a lot of fun with Overcooked!. So I was hoping to find a good easy-to-pick-up-and-play co-op game. Pode is NOT it. While it is easy to pick up on the game mechanics, neither one of us just found it compelling enough to keep playing.

And if I’m not playing games, I may squeeze in a LEGO set review. But I make no promises.

My game time has been dedicated to trying to clear out my rather expansive backlog of “stuff I really need to get around to playing.” Seriously, my Steam Library has gotten to the realms of stupid, which is why I’m spending most of my time playing on my Switch, PS4, or in uplay. Priorities!

I’ll admit that I’m a bit late to the party on this. I’ve mostly quit chasing games, and have really soured on pre-ordering a game unless it’s a) physical and b) expected to be hard to find in some way (see… World of Warcraft Collector’s Editions, Fallout CEs, anything that’s related to Switch Hardware). But I knew I wanted to play it based on word of mouth from some friends (specifically Austin, who loved this game).

For those who haven’t played it… it’s sort of hard to describe. The Far Cry games are all similar, but not really connected. This one is about a cult that takes over a county in Montana (despite how that sounds, not based on a true story)… and then gives speeches that all sound suspiciously like TED talks. I mean, seriously like TED talks.

It’s an FPS available on all platforms. I’m playing it on PC, because that’s where I bought it on a good sale (and also where I own all the other Far Cry games). 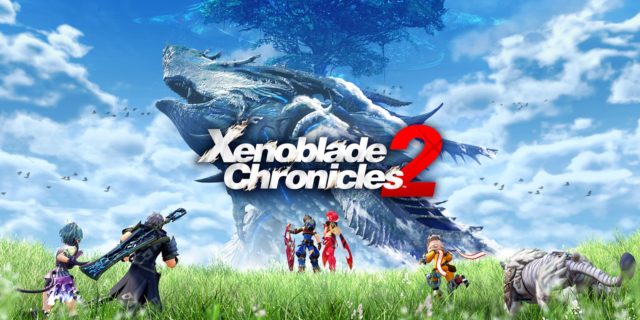 My current client at work has me riding the train for about an hour and a half each day to and from their offices, and that time has turned into prime time to sit there and play my Switch in handheld mode. It tends to go all over the place when I play (I’ve done a lot of Hyrule Warriors Legends and recently dabbled in Hollow Knight, which Ace covered above)… but lately I’ve been playing some Xenoblade Chronicles 2.

It’s a weird choice for me… I never played the first Chronicles and the only Xeno game I recall playing is the original on the PSX (and I couldn’t tell you much about it, that was 20 years ago). More than that… it’s just a hard game to wrap your head around at times. It’s got more systems than probably every other RPG released last year combined, and twelve hours in and there are still tutorial screens that pop up for me.

Still, it’s fun and kind of goofy, and one of the best RPGs on the Switch until Octopath Traveler comes out next month.

God of War, Horizon Zero Dawn, or Last of Us Remastered

Let’s call this the PS4 trifecta of games that I need to go finish. They’re all tough for me to do for different reasons… not the least of which is that I tend to go through phases on what I feel like playing. Luckily, I should have a lot of extra time on vacation to devote to it, so here’s hoping I get some time to take them on

God of War is tough to play because it’s not really a game I can play while my kids are awake. It’s a fantastic game, but not great family entertainment. More than that, though, it’s a game that just demands (and deserves) your attention, and it’s impossible to sit and play for just a little bit. By the time my kids are settled down, it’s already fairly late at night and I probably have other things to wrap up. That means my time is limited, and it’s competing with other things. Good for quick games, not great for stuff like God of War.

Horizon Zero Dawn is similar for time, but not content. It’s a game you can’t put down, and just keep playing and playing. I want to give it hours of my time to finish, I’ve just never gotten around to it. And by now, it’s been so long that I’d probably need to start over.

Last of Us Remastered I actually haven’t played on my PS4, despite having owned it for a long time. I played the original, and liked the story a ton (the game play could be kind of frustrating, but was overall great)… but zombies aren’t really my thing in general. I have to be in a particular mode to play this one, but I want to finish it before the sequel comes out.

Also, if you’re curious about the videos I linked for this and Far Cry 5, Miracle of Sound makes video game-inspired music. I quite like him.

There’s perpetually an MMO of some sort on my rotation… I’ve always enjoyed the genre and have been playing back since the EverQuest days. World of Warcraft is what’s currently in my rotation, and I’ve been enjoying it. I’m a filthy casual in any of these games these days, so I play at my own pace. That sometimes means I play every night, and sometimes means I take a week off to do things like play Far Cry 5. Still, I’d like to get my class mounts finished before the expansion comes out in a couple of months, so it gets some time. 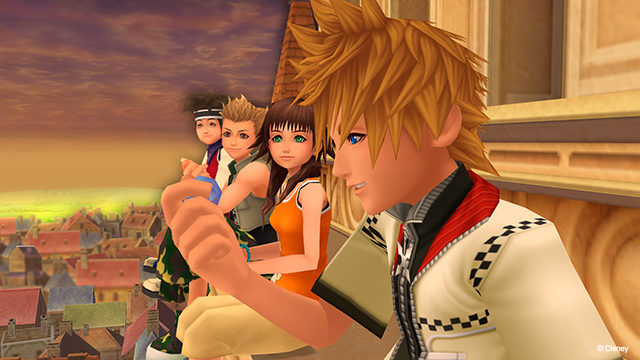 After a lot of consideration and four years of trying to get through the first game, Iâ€™m finally deep, deep into the Kingdom Hearts lore, on a rapid train straight to January 29th for the release of Kingdom Hearts 3. And, honestly, while it took me a while, I finally get it. This series is cheesy, silly, and a lot of it (especially in the first game) didnâ€™t age well.

Luckily, Kingdom Hearts II is a lot better. Iâ€™m only about an hour into this one, still playing as Roxas, and it is weird. Iâ€™ve always felt like sequels live in this strange place where they always have to get a little…strange (see Guardian 2 or even Empire Strike Back), and KH2 is no exception. I keep asking myself â€œwhereâ€™s the Disney / Final Fantasy stuff?â€, but then I realize, I really donâ€™t care. This story is off the rails, super weird, and Iâ€™m loving every minute of it. I canâ€™t wait to see where it all ends up, and Iâ€™ll be squeezing as much time as I can into playing through.

Iâ€™ve been playing Binding of Isaac since the original (2011, wow!), and having it on the Switch is absolutely incredible. I turn on a podcast, jump in my bed, and play for a 30 minute session. I love it, itâ€™s seriously become tradition at this point. Having just gotten a new job, resulting in me being way too busy, Iâ€™m looking forward to relaxing, turning the brain off, and playing through a couple rounds of this game.