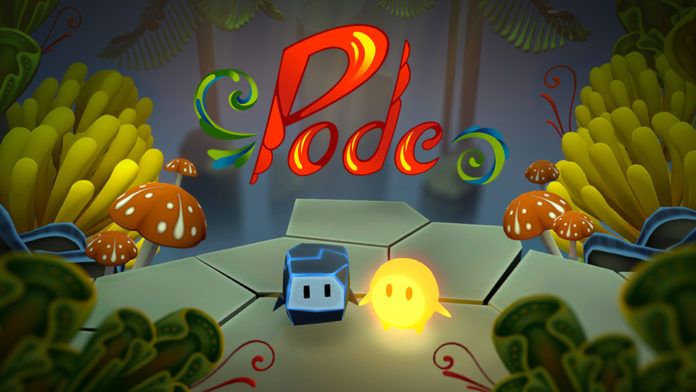 In the chatroom earlier today, I mentioned that I did not like Pode and Nick asked me why. So I started spouting off my reasons and realized I was pretty much writing a review. So here’s my recap.

I’ve been looking for a game that I can play with my wife. She is not a gamer by any means though she is a bit obsessed with Plants vs. Zombies on her iPhone at the moment. I can’t really blame her as that game is really fun. We’ve played Snipperclips together. That was fun but we had an absolute blast with Overcooked Special Edition for Nintendo Switch. We burned through all the levels and are eagerly awaiting the sequel out this summer. Until then, though, I haven’t quite found another game that we can both dive into. So on Nintendo’s twitter account, they were lauding Pode, a two-player game featuring a fallen star and a rock that work together to get, I think, the star back home. 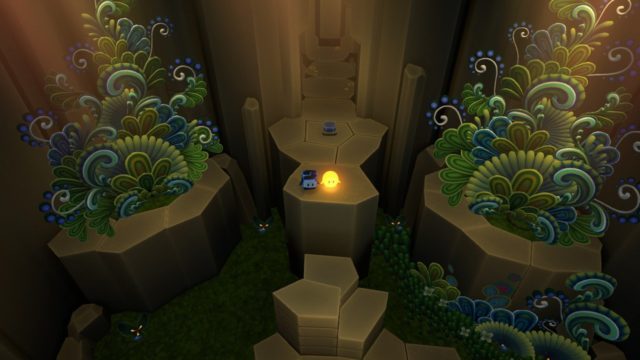 One player controls the star and the other the rock and each character has this special power that can activate growth in the environment. The star can make plants grow, the rock geodes and crystals. For some reason, the duo has to travel through a cave that is a series of rooms where you have to go from one end of the room to the other end, where you will find another room. After a couple of rooms, the wife and I just found ourselves holding down the trigger button to activate the special power like 99% of the time. We would hold down the button and just walk every inch of the room. 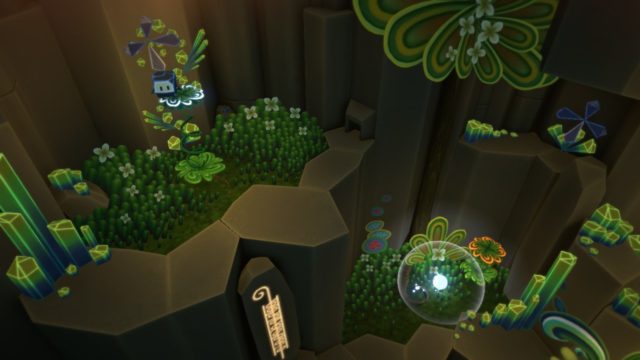 There were some platforming and puzzle elements. In some areas the star would have to stand on top of the rock and then jump when the rock jumps in order to gain access to a higher level. Fun. But they were neither challenging or satisfying to complete.

Sometimes, you have these sort of out-of-body moments where you can see the man behind the curtain, see right through the reality distortion field, and truly see what is going on. In movies, it’s when you can see the directing that’s happening beyond the actors just acting. In commercials, it’s when the fake, overly enthusiastic user of a product is just a little too excited about it. I had that kind of moment with this game. The game developers wanted this game to be a certain way so badly that it was bit off putting. It was supposed to be grand, it was supposed to be charming, it was supposed to be cute, and artistic, and stylish. There is a point early on in the game where the star and rock “accidentally” held hands during a cut scene and acted embarrassed; that broke the reality distortion field for me. Then I saw everything else for what it was and once that happened, I couldn’t really enjoy it. 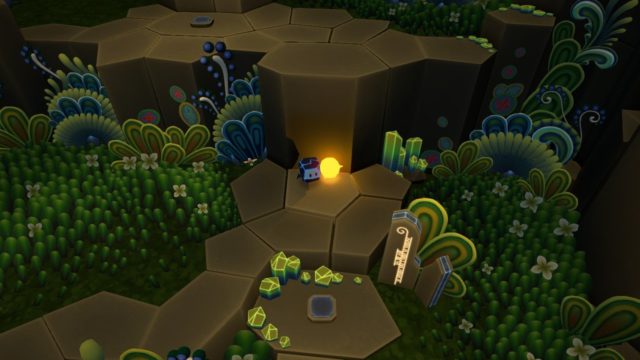 Take for instance the plant growth that the star can initiate. While they are no doubt stylish and artistic, they feel repetitive. Once you fill a room with plants, and the next room, and the next room, it’s like you’ve seen them all. The platforming is uninspired and tedious at times. The camera angles make it a bit difficult to gauge which direction you need to push. The puzzles range from downright child’s play to absolutely frustrating. We got stuck in one room with four buttons that raised these platforms one by one. Admittedly, we couldn’t figure out the proper sequence to open the door and we gave up. There weren’t any clues in that room to help. Nothing that matched any of the symbols on the platforms anywhere. This is where we stopped playing because the game was not fun enough to look up the solution.

Pode is not fun. It feels repetitive and it’s a rather boring affair that comes with a high price tag: $24.99.

Nick also commented that the game has been getting good reviews so I hopped over to metacritic and took a look. It should come as no surprise that NintendoLife liked it and gave it an 8/10. They claim that it gives 8-10 hours of content which seems criminally short for such a high asking price. Comparing it to SnipperClips and Overcooked both at $19.99, they are a better value on price and fun factor. I spent $15 big ones on Hollow Knight and am already 14 hours in, not even halfway through, and enjoying every minute of it. It’s a different kind of game for sure, but my point is that the value isn’t there for Pode for the money you spend.

Critical Hit gave it a 6.5/10 which I think is a bit generous but their score is the lowest I found on metacritic. It’s also the one I agree with the most, no surprise.

Gaming Trend gave it a 95/100 and praises the games visuals and phonics. Like I said, the game has a certain aesthetic appeal, but that’s not enough to mask the utter lack of fun gameplay.

I’m going to give Pode a score of 2 stars out of 5. It’s not the worst game, but you could definitely do way better. The Nintendo eShop is chock full of indie games that are worth exploring. I’ve bought a couple and so far have lucked out. I bought Pode on a whim without checking reviews first, and I regret spending the money. If you’re like me and looking for some fun multiplayer, skip over this one. My search, and hopefully yours, for a good multiplayer game continues.