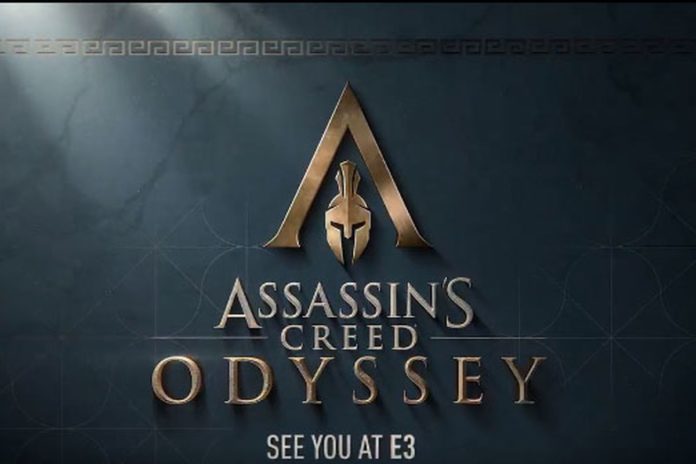 E3 is running full steam, with conferences from nearly everyone, save Nintendo, out of the way at this point (as well as the “this could be a good drinking game if it didn’t hurt so much” PC Gaming Show). Ubisoft helps us get rid of that SquareEnix aftertaste, and wow, given the opening, they… let’s say, struck a particular tone.

I’ve never played a Just Dance game before… I’m never going to play a Just Dance game, but I just love the insanity of this whole Just Dance 2019 song. This is what Ubisoft decided to start off with, given that we already know a lot of stuff that’s coming. And that dude in the panda suit? He’s the star of the whole show. And because the bonkers doesn’t stop with that video, they are releasing this on pretty much every console of the past decade or more… even the Wii. Yeah, the Wii (also the WiiU, for the fifteen or so of us who have one).

I know at some point I played Beyond Good & Evil, but it’s a game that’s never stuck in my head. I know I had it on my PlayStation 2, now long gone, but haven’t ever picked it up since. I probably haven’t played it since it came out 15 years ago. This does look pretty awesome, even though it doesn’t give us a sense of the game itself. BG&E was all about the story, though, and while we don’t get gameplay, we do get a hint of the story.

After that, for some reason that I’m sure someone understands that isn’t me, Joseph Gordon-Levitt came on stage to pitch his company, which let’s people contribute art, assets, and music to the game. There was a bit of a dust-up over it on Twitter, but apparently there is some payment model, so it’s not just spec work and swiping hard work from fans to save a buck. We’ll see how that shakes out, but kind of cool to see that sort of pathway set up.

Two different Tom Clancy games got some time… first up was Rainbow Six: Siege, which I’ve mentioned in another one of these posts soured me to any of the games in the series. Vegas and Vegas 2 were great games, yet somehow, this was an unbalanced and broken mess that made it nearly impossible to enjoy unless you had the precise number of friends with you. I have no idea if they fixed it, but since the presentation was around eSports, I doubt it. Okay, so 35 million people play Siege, but likely not together because that was impossible.

I don’t care about eSports (you can’t call it a sport if someone is fat like me and can do it professionally… unless it’s golf or a knuckle-ball relief pitcher in Major League Baseball). I know people like it, and enjoy watching that. Not my cup of tea, and I hate the fact that focusing on that narrow band has ruined a lot of games out there by taking away resources that the vast majority of players are never going to touch.

The Division 2 also got some play. I never played the original one (I was, but seeÂ Siege… my hatred there runs deep), but know it was just a mess of a game. Supposedly it got fixed later, but it was honestly a bit too-little, too-late. Maybe this one fixes it, but mostly it looks like your standard “takes itself a bit too seriously” shooter. There are so many new things to play, and this looks to be leaning hard into the “Games as a Service” thing that demands all of your time. I don’t feel like having a daily grinder shooter, so likely I’ll pass on this one. It may have been the same trailer that was at the Microsoft press conference, not sure, but it did show a lot of gameplay, and the Microsoft one was light on that everywhere.

Picutred above: the Prime Minister of Finland (as he called himself… he’s an interesting guy I do not recognize) to introduce Trials: Rising. I’m aware of this game, but never got into it when I had it on my 360. Apparently it will be coming to the Switch, so it may get my attention. This is the sort of game that’s just made for the Switch.

That’s actually kind of an interesting thing, given that the whole Nintendo+Ubisoft relationship soured after the WiiU (and that was all on Nintendo, Ubisoft was one of their big supporters and they killed the platform). Things had improved with Mario+Rabbids, but nice to see more stuff coming. Here’s hoping some older games start to make their way to the platform… I could use some on-the-go Assassin’s Creed.

Speaking of Mario+Rabbids, there’s more content coming, including a Donkey Kong DLC. I haven’t played nearly enough of that game, but eventually should do it. I may start trying to get some reviews or impressions done for games like that (and, if I get motivated, try to stream some stuff again).Â Mario+Rabbids was a unique game in an X-Com style, so it’s great to see there’s even more stuff coming for it… titles on the Switch seem to get a lot more updates than titles elsewhere. I can’t say I noticed the music though… yet we got a live rendition. It wasn’t bad, just kind of weird.

Hey, the pirate game, Skull & Bones, that is going to have some content! Looking at you, Sea of Thieves. We’ve known for awhile that Ubisoft was working on a pirate game of some sort… in fact, it’s been around since the Assassin’s Creed IV: Black Flag days, so it’s great to see more to it. The game looks very interesting, but mainly cinematics. There’s some gameplay to it, but also a few danger flags in there, with stuff like “Legendary Chest” that bespeak of lockboxes or RNG micro-transactions.

That being said… Ubisoft has gone far down that route; they put in a lot of cosmetic DLC and micro-transactions, but recently, they’ve gone the “one time purchase” route (outfits in Watch Dogs 2 or the boosts in Assassin’s Creed Origins). I honestly don’t have issues with that as much as the other stuff that comes from players like EA and WB, so if it stays limited in that way, I’ll accept it.

Did anyone else watching this get perplexed when Elijah Wood came out? Apparently if you’re a celebrity that has a side-gig with some sort of tech bend, Ubisoft wants to talk to you. He was pitching a game called Transference. It’s a VR game, which I have no interest in, but it looks to be in the suspense/horror vein, and VR is the perfect platform for that.

The Crew 2, a sequel to a game that I think was just a collection of micro-transactions that Ubisoft couldn’t get people to play when they gave it away. Okay, maybe they just gave it to me on multiple platforms and I never bothered to play because it was online-only and said micro-transactions.

More shocking than that was For Honor getting some time as well. Does anyone even remember this game? It came out and vanished quickly, with somewhat lackluster reviews. It looked fun, but it was buggy when it came out. There’s more stuff coming, it looks fun, and to boot, Ubisoft is giving away the Starter Edition for free on uPlay. Not sure what it is missing from the standard ones, but you can try it for free. Sure, it’s uPlay, but honestly, it’s not all that terrible; given the state of Steam lately, uPlay, GoG, and Origin are looking a little more attractive.

Starlink: Battle for Atlas… I think it was presented last year, but I really don’t remember it. Looks like a mix of Homeworld and No Man’s Sky. It seems like it’s a toys-to-life game, similar to Skylanders, Dimensions, or Infinity. Given that one of those isn’t even playable, one is discontinued, and the other barely holding on… it’s a bold move. Kind of late to the game, but if done right, maybe? The starships are modular, the game itself looks cool… but I don’t know. The only notable thing is that it’s coming to the Switch, and includes Nintendo-exclusive Star Fox content. That’s kind of awesome, actually… just not sure it’s awesome enough to invest in another T2L game. Also, did Ubisoft use Miyamoto like a friggin’ prop on stage there? He came up to wave and get a free Arwing model. Color me confused.

The big “reveal” had been leaked early last week. To Ubisoft’s credit, they didn’t even try to deny it once it leaked, and just posted a bit of art. As a game, it looks fun. Origins is a very fun game, a high point for a series that had been trending up since Unity (a big low-point). Initially, it had a feel like God of War… not just for the obvious greek connection but for gameplay, at least early on. When they went into an in-depth gameplay look it felt a whole lot more like Assassin’s Creed.

We are getting a lot more story, and two playable protagonists; not sure if they each have their story or if it’s an either/or sharing the same story, but it’s good to see Ubisoft giving choices (especially since the best character in Syndicate was the Evie… Jacob just needed a smack upside the head) to players. It seems like they’re also picking up more dialog options, ala a Bioware game, which is great. If Bioware is giving up the mantle of making good RPGs to make that Anthem tripe, I’m glad others are going to step up. Odyssey certainly looks good, and probably something I’ll pick up around launch. The first time in a long time I’ve done that with an Assassin’s Creed game.

No sign if I’ll be able to throw a hat at anything and take them over, though.

You know, Ubisoft, for all their flaws (of which they have many), still seems dedicated to making games. They have their own little quirks and bugs, and they have their patterns and formula… but for the most part, you get a great time. Stuff like Far Cry 5, Assassin’s Creed, and Watch Dogs (shame we didn’t get a new announcement for it) are all good games that are worth the money. That’s something I can’t say at all for EA, which hasn’t made a game I’ve found worth buying since Andromeda, or WB, who crippled several titles to sell loot boxes (looking at you, Shadow or War). A solid conference, with plenty to look forward to.