Yes, Twilight Princess. That really old Zelda game that Nintendo likes to recycle over and over again. It was originally for the GameCube but then was co-developed for a simultaneous release for the Wii. It was then remastered into HD for the Wii U with added amiibo support. 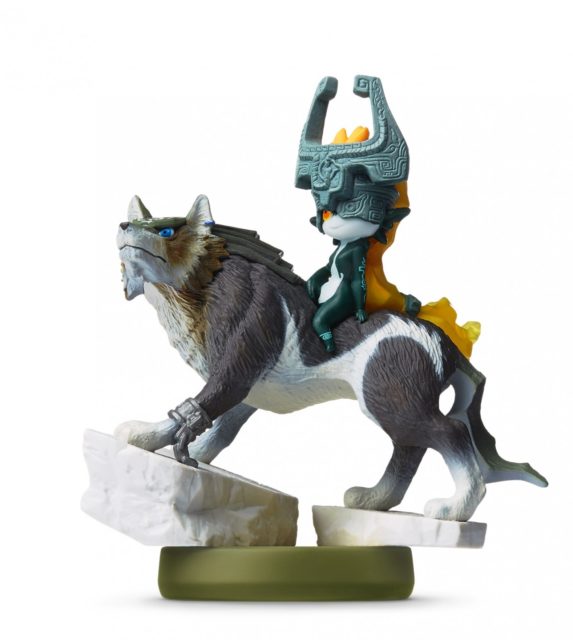 That’s the main reason I got it, for the Wolf Link amiibo and the whole Cave of Shadows save functionality that transfers Wolf Link into Breath of the Wild. Apparently, I don’t really need to do the cave though and loading up a registered Wolf Link into BotW will spawn a Wolf Link with a full array of 20 hearts. It’s totally a gimmick and not necessary to finish the game, but I would love nothing more than to run through BotW with a wolf companion.

Twilight Princess took me an unusual amount of time to complete. Not because it wasn’t any fun, but because I let my kids watch me play it. And I wanted to finish the journey with them. Most of my game playing is usually after they go to bed, so TP game time had to be when we were all at home, chores finished, homework finished, and before bed time.

And, boy, what a journey Twilight Princess was. I can’t say Zelda is my favorite Nintendo franchise (that title lies squarely with Metroid). But this was a great game, great enough for me to know that, in the future, when I look back at it, I will look back on it fondly. The biggest reason for that is Midna. I don’t know how Nintendo did it. They created a character that you didn’t know if you could trust, that seemed to have her own agenda, but towards the end you want to fight her fight and help her right the wrong. I guess that’s what you would call “good story-telling” and “character development”. Like, duh, right? I just though TP was going to be like most other Zelda games I’ve played: get abilities, backtrack, defeat Ganondorf and restore Hyrule. I was unprepared for the emotional attachment I would have towards Midna.

My next game? Without a doubt, it’s Breath of the Wild. My backlog of games isn’t going anywhere so why not another Zelda game? I enjoyed playing with the kids watching and cheering me on, booing at the bad guys, and crying out in exasperation at untimely deaths. I look forward to more nights of that but BotW instead of TP. Hopefully, they will, too, for awhile and not be bored watching daddy play video games instead of them playing games of their own.

The easy decision to pick BotW as my next game actually feels pretty good. I talked about the paralyzing effect of having a big backlog in The Tomb Raider Post and how that makes it difficult to just pick up a new game. Kotaku published an article today that talks about the exact same thing. As I write this, that article has 134 responses so far and counting! It’s strangely comforting to know that I’m not the only one in the same predicament. I can relate to a lot of the excuses that are detailed in the comments. It’s cathartic to read.

So, all that being said, Breath of the Wild, here I come! Oh, and if anyone’s got a Master Edition for sale for a reasonable price (read: at cost), hit me up!