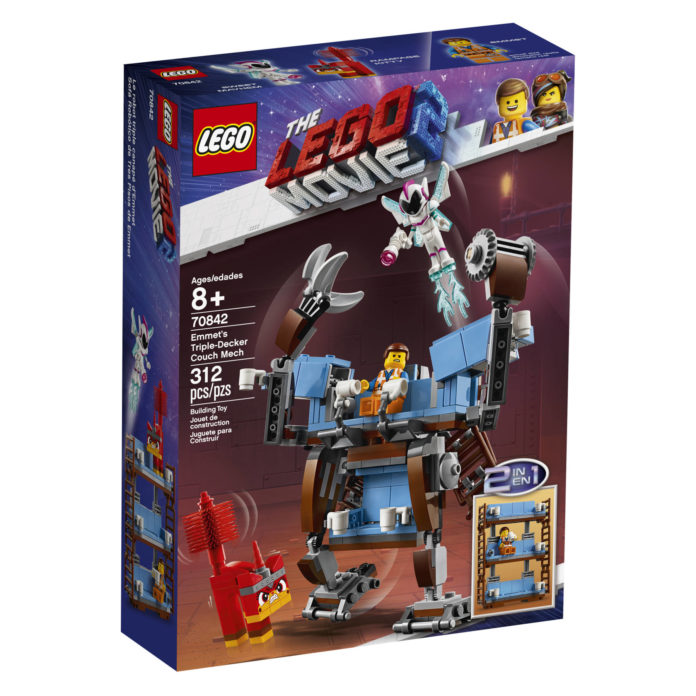 Following up on their Number 1 box office debut weekend, The LEGO Group announced three new sets scheduled for an April release. These are marketed as a “call for families to play together”. I kinda got the feeling that the idea for “families to play together” is somehow related to the plot of The LEGO Movie 2’s live action segment… I haven’t seen the movie yet, but that’s just a feeling I get…

The three sets are listed below with an anticipated release date of April 1. Some observations: Emmet’s Mech Couch is a Target exclusive. And I was confused with the Shimmer & Shine set since there is a Nick Jr. cartoon series of the same name. I thought there might have been some strange crossover with Nick Jr. but I’m guessing the name is just a coincidence. I imagine the lawyers at Nickelodeon are taking notice right about now. 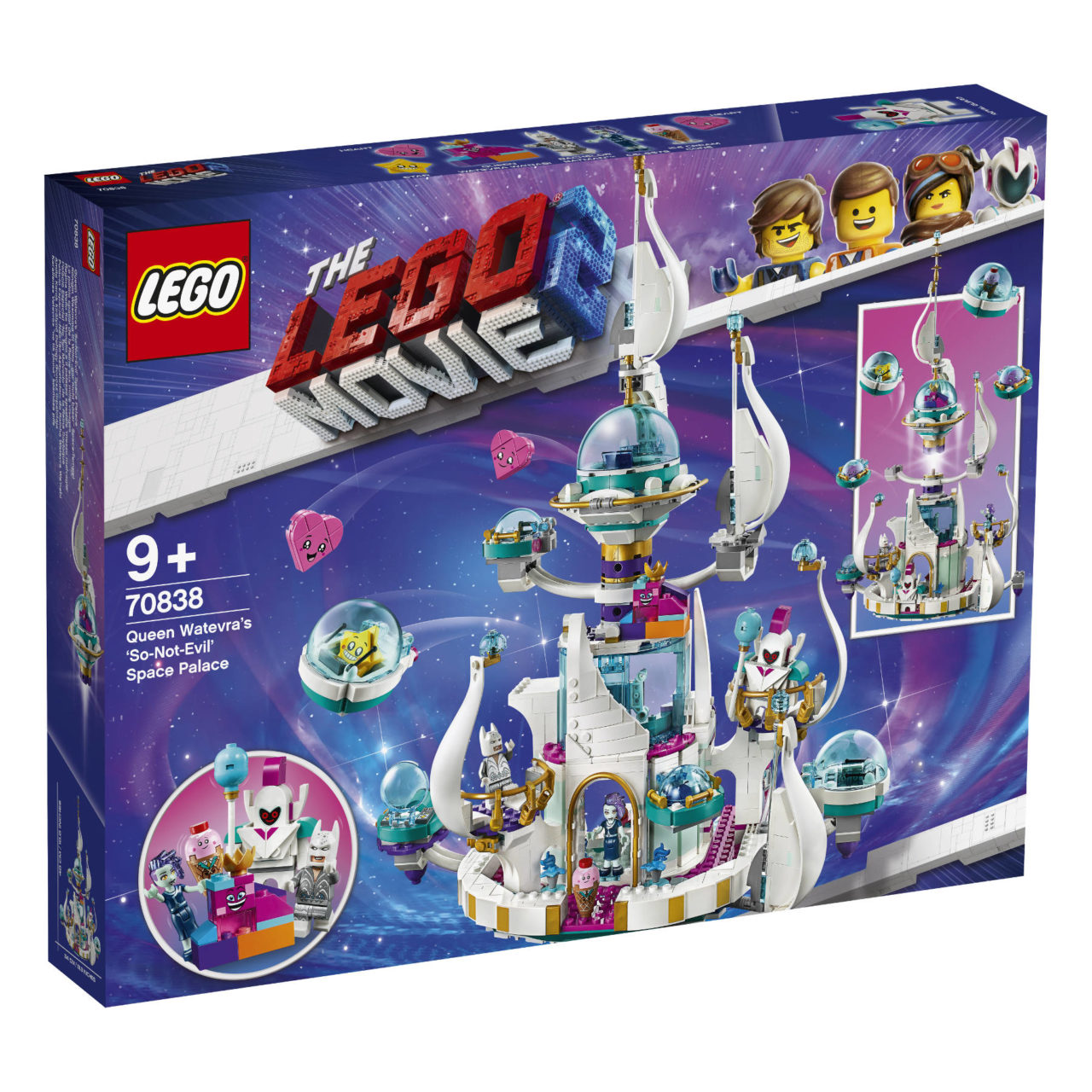 Create out-of-this-world adventures with a space palace toy from THE LEGOÂ® MOVIE 2TM!

Join Bachelor BatmanTM and Queen Watevra Wa’Nabi for dinner at the queenâ€™s â€˜So-Not-Evilâ€™ LEGOÂ® Space Palace with this fun-packed building set! Enjoy a smoothie and check out the DJ booth. Meet other colorful THE LEGO MOVIE 2TM characters like Ice Cream Cone and launch the Stars and Hearts into space in their pods. Then make the top of the palace spin as Queen Watevra Wa’Nabi takes off in her super space rocket toy! 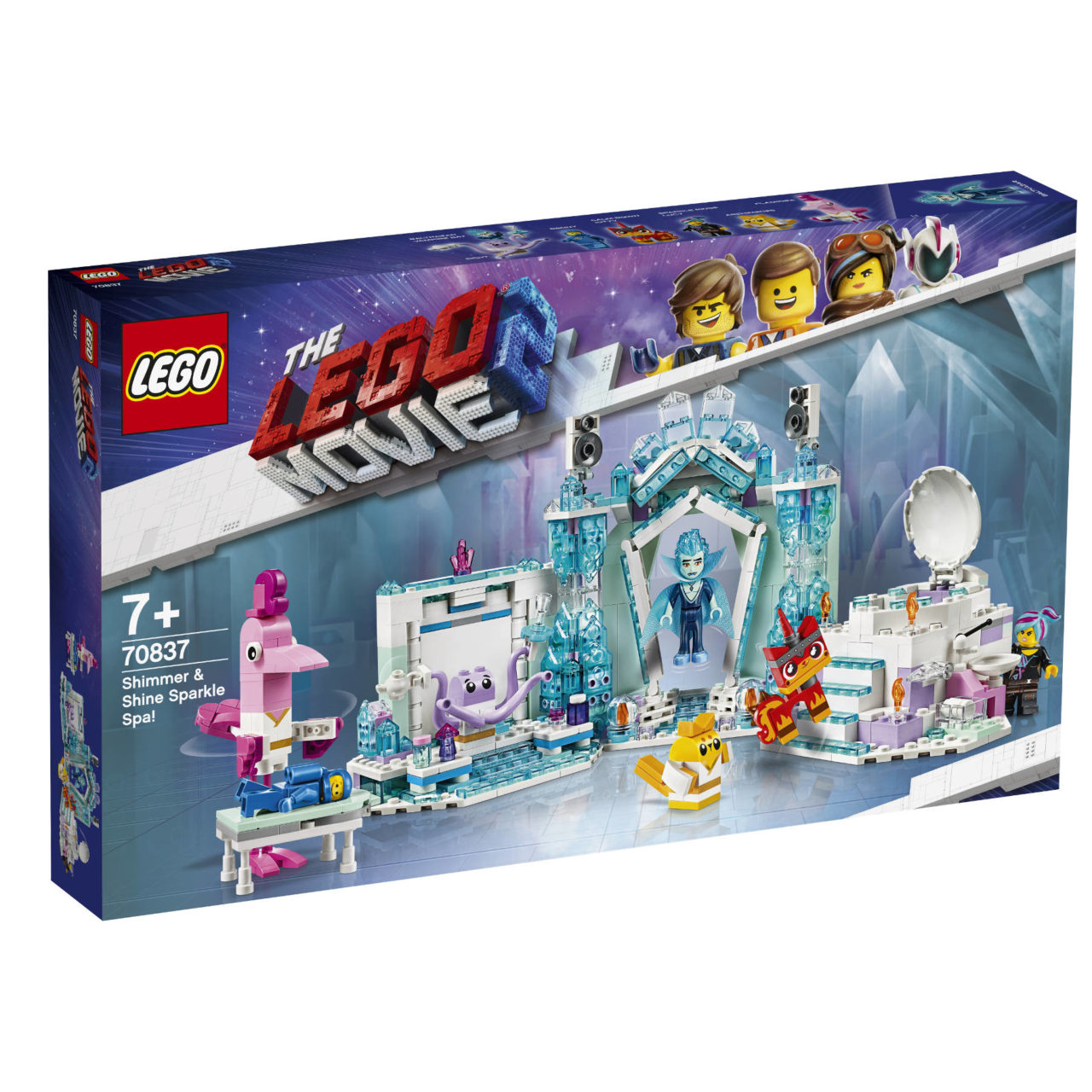 Surprises are guaranteed at the Shimmer & Shine Sparkle Spa!

Join THE LEGOÂ® MOVIE 2TM characters Benny the spaceman, Washed-out Wyldstyle and Unikitty as Calm-Down Kitty at the Shimmer & Shine Sparkle Spa with this colorful playset! Enjoy a massage by Eight the octopus. Relax in the hot tub with Calm-Down Kitty. Check out Washed-out Wyldstyleâ€™s new hairstyleâ€”everyone likes it except her! But bewareâ€”all is not what it seems here in the Systar System. That hot tub has a trapdoor. And when Balthazar transforms into a vampire bat, you better get out of there! 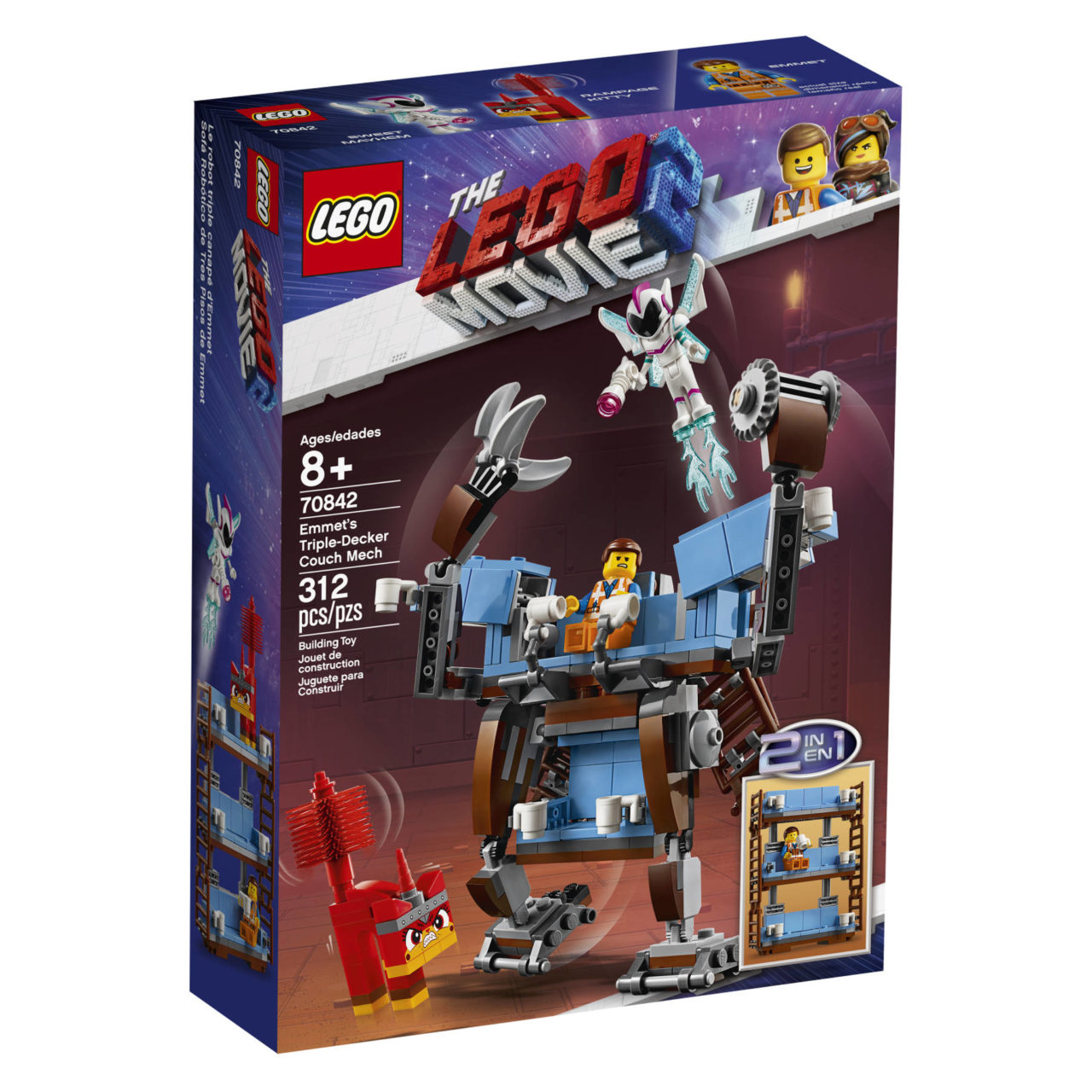 Available this Spring at Target, LEGO retail stores and shop.LEGO.com

Build and rebuild with the 2-in-1 Emmetâ€™s Triple-Decker Couch Mech toy!

Create a cool triple-decker couch with THE LEGOÂ® MOVIE 2TM character Emmet! Take a seat on the super-tall buildable couch and have a drink with Unikitty as Rampage Kitty. But bewareâ€”Sweet Mayhem could attack at any time. So show off your master-building skills to rebuild the couch into an amazing mech! Get in the driverâ€™s seat and flap the ladder wings. Spin the gear wheel and grab Sweet Mayhem with the claw. Then celebrate by having another mug of coffee. Thereâ€™s so much fun to be had with this awesome LEGO building set!