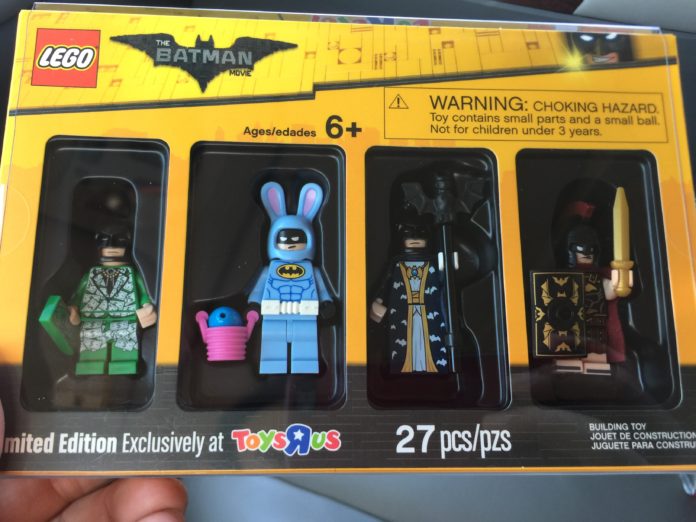 I haven’t been thrilled with Toys’R’Us Bricktober sets for awhile now but this week’s promo is definitely worth writing about. They are doing minifig sets and you can get a set of four never-before-released Batman minifigs from The LEGO Batman Movie: Mr. Moneybags Batman, Bunny Suit Batman, I put on my wizard robe and hat Batman, and Gladiator Batman. It’s a $20 value and you can get it for free with your LEGO purchase of $50 or more. And no, $49.99 will NOT qualify. You may be able to just buy the set outright but I’ve heard of at least one store saying no to that. YMMV obviously.

Last week’s set was NINJAGO-themed, which you can probably pick up for a cool twenty. The rest of the packs for October are pretty forgettable.