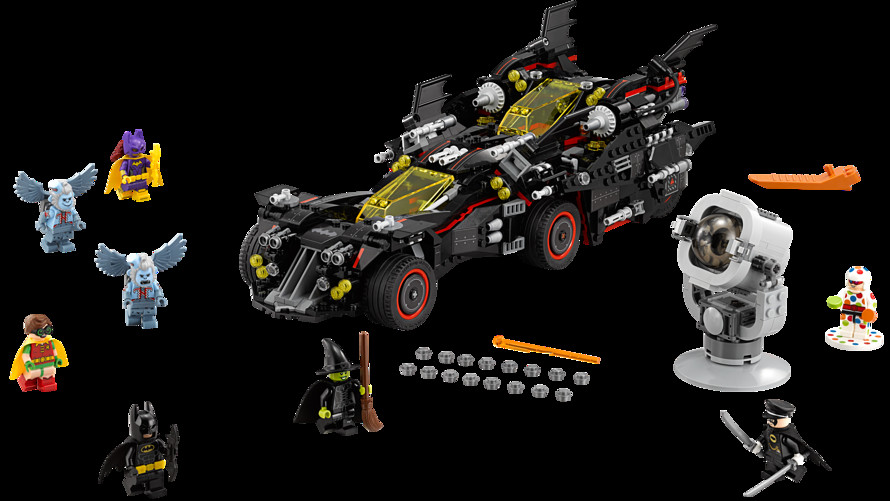 And in case you didn’t have enough LEGO Batman Movie sets to try and collect, news comes from Market Watch about “The Ultimate Batmobile” set. Slated for a June 1 release with a $129.99 price tag, the set will include eight minifigures consisting of Batman, Robin, Batgirl, Polka-Dot Man, Alfred Pennyworth in Batsuit, the Wicked Witch of the West, and two Flying Monkeys. Not only that, the Ultimate Batmobile can split into 4 separate bat-vehicles: Batmobile, Batwing, Bat-Tank and Batcycle. But wait, there’s more! The ultimate Batsignal will include a light brick to simulate an actual Batsignal.