Williams Sonoma is selling some pretty neat Star Wars-themed cookware. There’s a wide range of stuff from pots to utensils to aprons to small appliances. I’ll list some highlights: 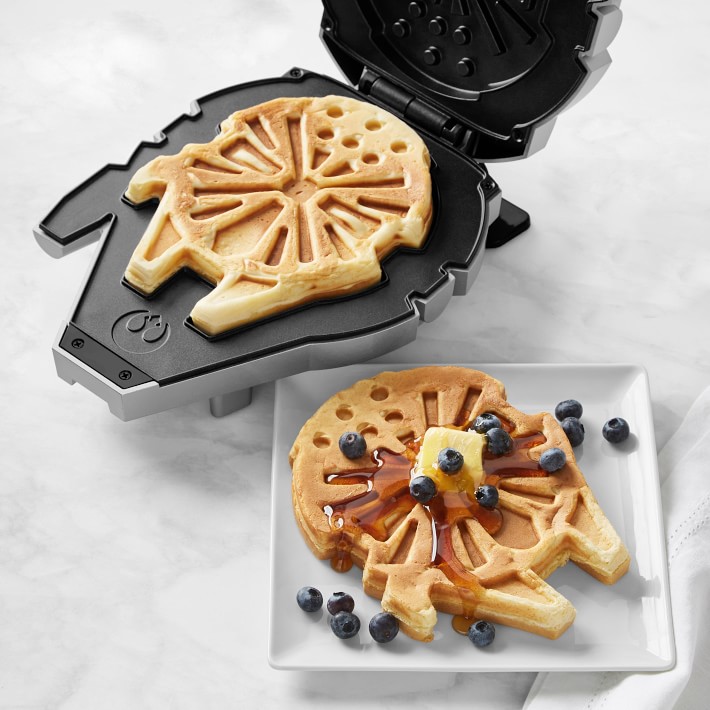 I am not a cook by any means. I can heat stuff up in the oven. But if I were to cook something and that something was to be waffles, this is what I would want to make them with. This Millennium Falcon waffle maker is $49.95 but you can get 20% off with code THANKS (not valid on items ending in .99) that seems to applicable to just a few things, this being one of them. 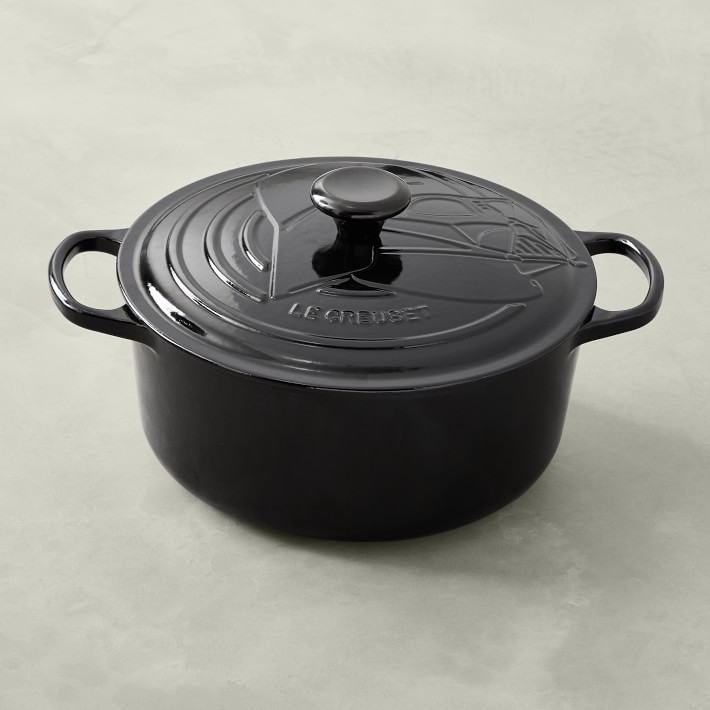 Darth Vader must dutch oven himself constantly in that suit. And now you can do it to him as revenge for all the bad things he’s done. Le Creuset is not cheap, and the price of this cast iron pot reflects that, $395. The THANKS code doesn’t seem to work on this even though it doesn’t end in .99. The price is about inline with other non-branded Le Creuset dutch ovens at the same size at $350, so you’re really not paying that much more for way cooler one. 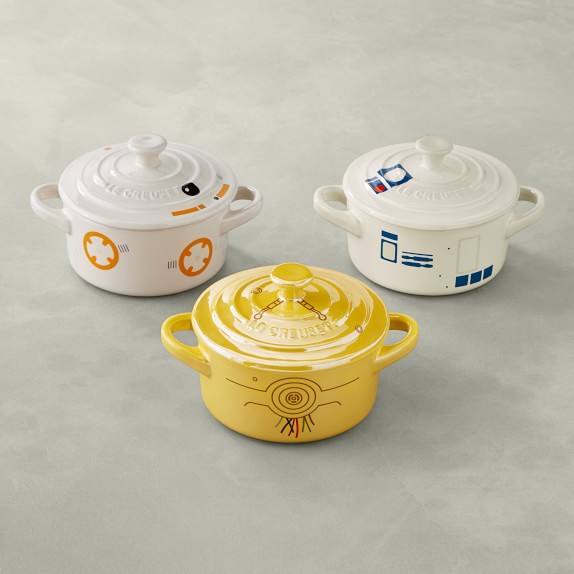 If the 12lb 4oz Darth Vader Dutch Oven isn’t for you, then maybe the three-pack of the Rebel Alliance droids mini round cocottes is more to your liking. I have no idea what a cocotte is, but they look like small pots. Each cocotte is about a pound in weight and holds about 8oz. The set of three is just $90, but you can get BB-8, R2-D2, and C-3PO individually too for $30 each. 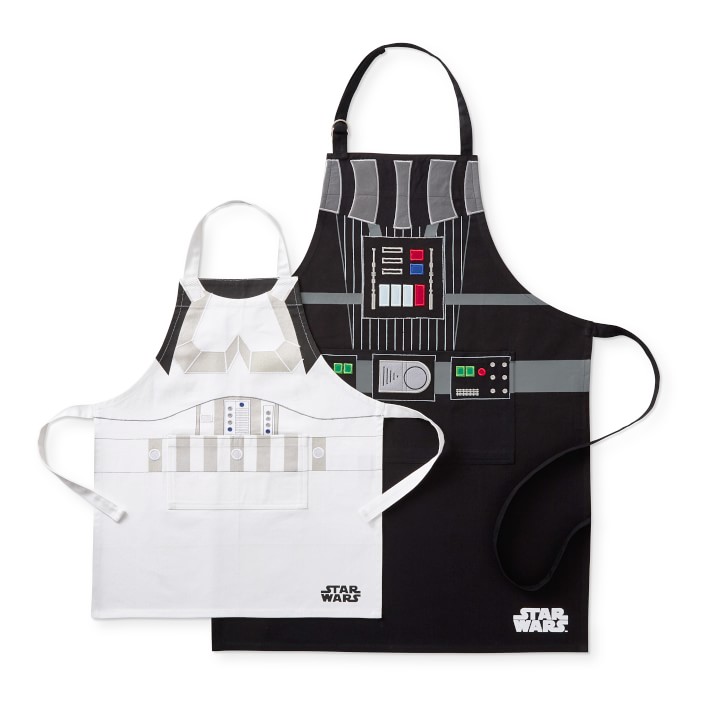 My biggest complaint about this Darth Vader Dad apron gift set set is that the kid’s Stormtrooper apron is not sold separately, but the Vader apron is. A better combo might have been Vader dad apron with Jedi Luke son apron. It’s regularly $64.90, but on sale for $59.95. 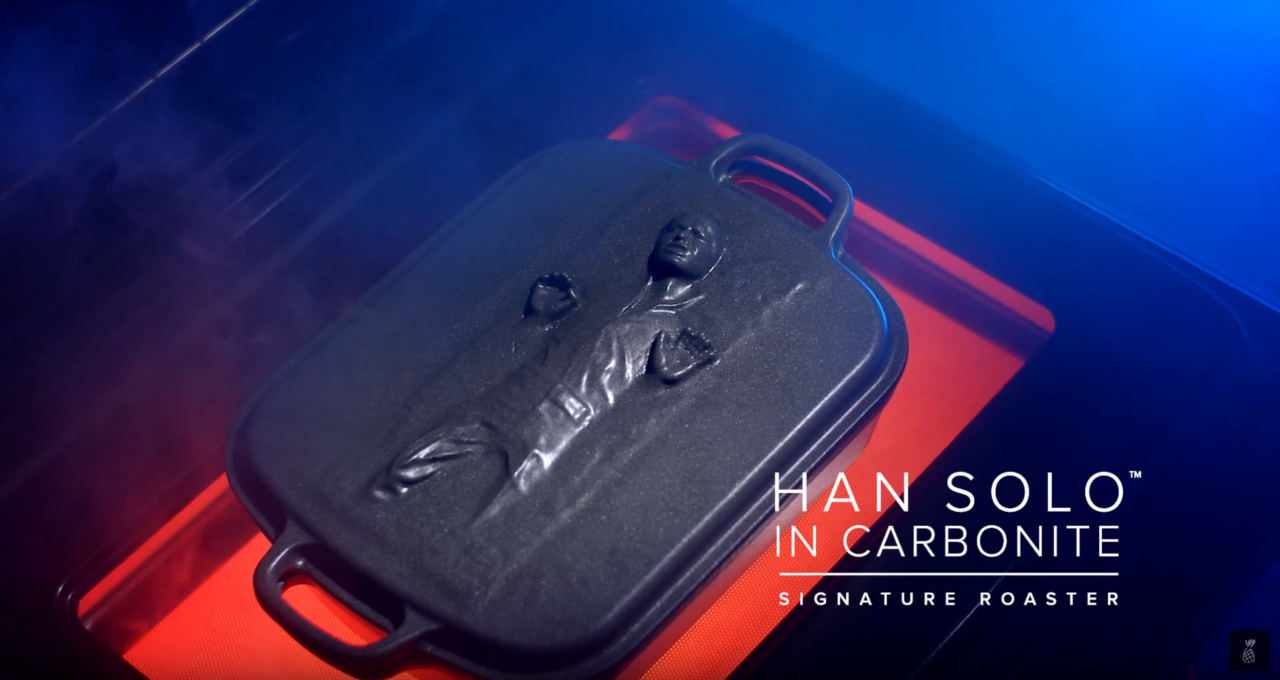 I don’t even know what a roaster is for but i wants it. This is featured pretty prominently in the YouTube video, but as of right now it is a no-show on the website nor is it available in store. So either it’s not available yet or plans got completely scrapped. I’m hoping for the former because after checking the site today and comparing it to a few days ago, there are things there now that weren’t on there before like… 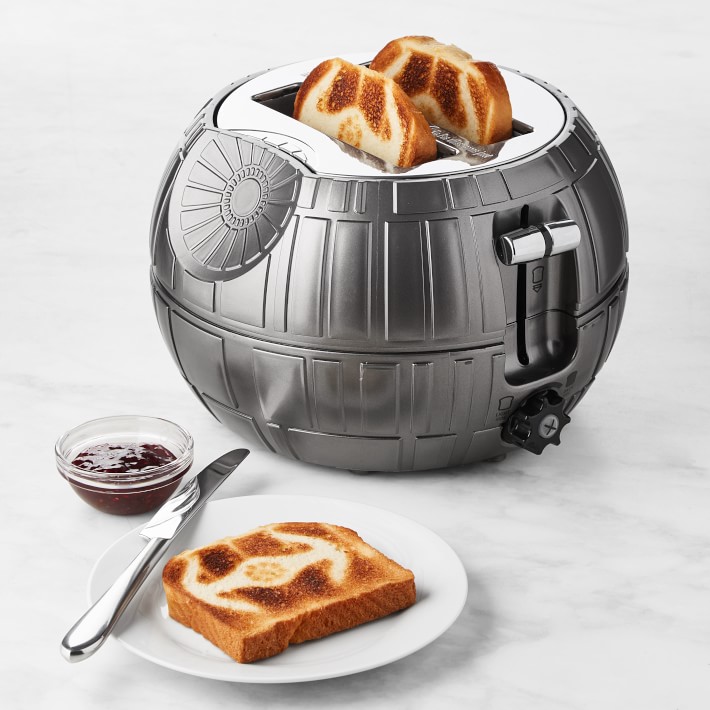 These showed up on the website more recently. But I have a feeling these aren’t exactly new due to this one picture of the packaging for the Darth Vader toaster. That’s a Star Wars Rebels era branding on the box, so I’m guessing these were leftover inventory from years ago. There are three different toasters that each burn a unique pattern onto the bread: Death Star that burns Darth Vader’s TIE Advanced, Stormtrooper that burns the Imperial symbol, and Darth Vader that simply burns “Star Wars” onto your bread. I use the term “burns” with all seriousness because toasters like these usually end up doing just that in order to show the pattern. Still, you may be fan enough to want of them. The Death Star one is the best out of the three.

There’s a ton of other stuff like spatulas, ice cube molds, a Porg pie hole thing. Take a look at all of the Star Wars merch Williams Sonoma has to offer. Be like me or don’t be like because I may or may not have ordered a bunch of stuff I don’t need.

FBTB does NOT get any income from any sales generated from links in this post. Nor did Williams Sonoma sponsor this post. I just ran across it on an Instagram ad the other day and thought I’d share.