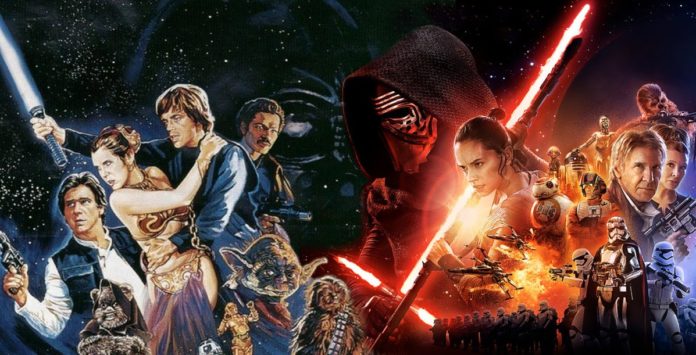 When we found out that Jon Favreau was going to write for the new live-action Star Wars TV show, that’s pretty much all we knew. But in a recent interview with Nerdist for comicbook.com, he confirmed that his series will take place about seven years after the events of Return of the Jedi.

This poses a lot of questions as to just exactly how his work will tie in with the Star Wars universe and what it will cover. As much as my wife would disagree with my next statement, I am by no means a Star Wars ultra nerd, not enough to know anything that doesn’t happen in the films. So whatever happens in cartoons or books or anything else is completely unknown to me. So I’ll leave it up to the nerds at comicbook.com to discuss the timeline interestingness:

“While it’s unclear exactly what plot the series will cover, this notion of the timeline of it all is certainly interesting. Return of the Jedi is set at 4 ABY, with a few Forces of Destiny episodes, short stories, and comics set in immediate years after. But from there, the timeline of in-canon media takes some major jumps, with the tie-in novels Last Shot and Bloodline taking place in 7 ABY and 28 ABY, respectively.

This would place Favreau’s series around 11 ABY — a point in time that’s essentially unexplored within the Star Wars canon. For some, that proximity to Return of the Jedi could be seen as an awesome possibility, considering how many stories there still are to tell within the Star Wars universe.”

It’s proximity to ROTJ makes me wonder if it will be tied to the Skywalker Saga. If not, then the real question for me is whether or not a good story can be told that doesn’t involve lightsabers or already-established characters. If it is, then we may see the rise of Snoke.

The above image is lifted from ScreenRant, this article in particular, which sort of already explores what may or may not have happened between episodes VI and VII. Worth a read if you can spare a few minutes.