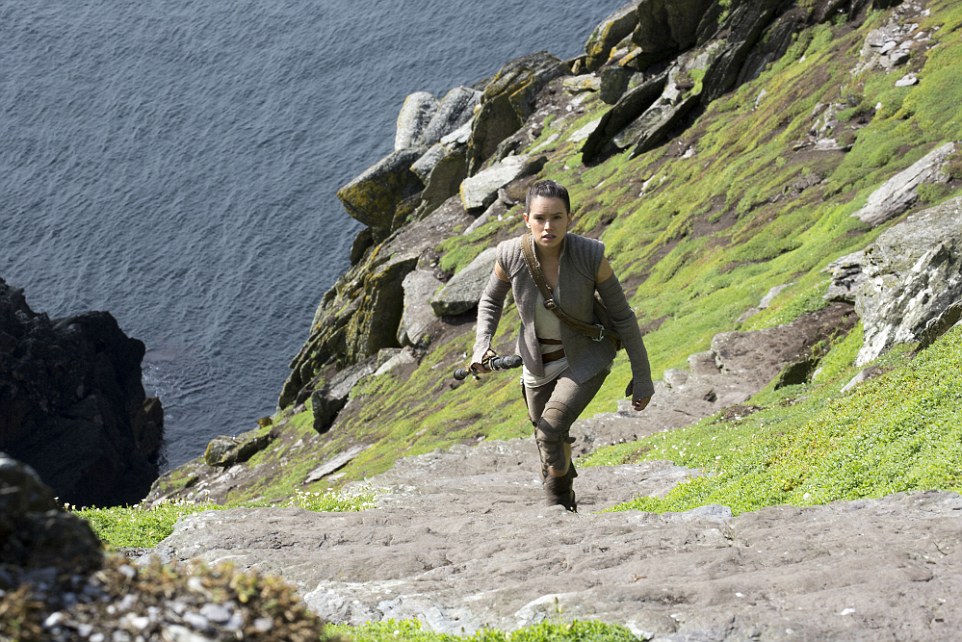 I’ve been a bit lax in keeping up with all of the various spoiler-stuff for Episode VIII and Rogue One. Maybe because I can’t help but watch that Rogue One trailer and get all kinds of shudders. The excitement I have for Episode VII is still there, so I really want to go into VIII with a mind of mystery and surprise (the same thing I’m trying to do for Civil War this week, but all the promo spots are making it so hard).

Last week, Daily Mail posted several non-spoilerific pictures of the studio currently under construction for Episode VIII: More All of the Money in the UK. There are some location things that could be considered a spoiler if you drink a lot and squint really hard, but I’ll put them below the fold anyway… 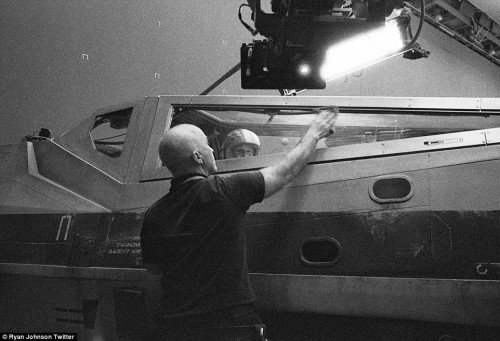 Obviously, we get a return of X-Wings in this movie, because what is a Star Wars movie without an X-Wing (answer: prequels… maybe that’s why they sucked). I do love the practical use of ship cockpits and the like, if for no reason other than getting better interior views compared to just using CGI to put someone in the cockpit. They react to the vehicle being there, which you don’t get most of the time in pure CGI. 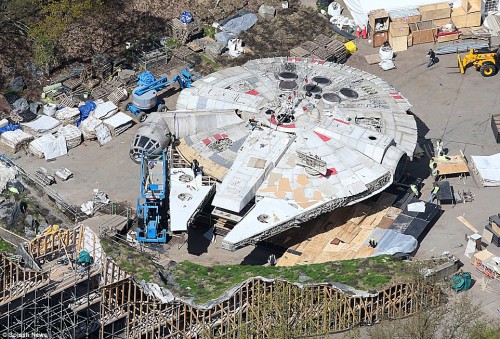 I like to imagine that if Solo ever gets a large plot of land, this is what he would build in the backyard. In fact, I can’t say for certain that he isn’t already building this in his back yard. Likely that the grassy section is for the movie picking right up where episode VII left off. Which is sort of a shame that this is a set, because that area of Ireland was gorgeous. 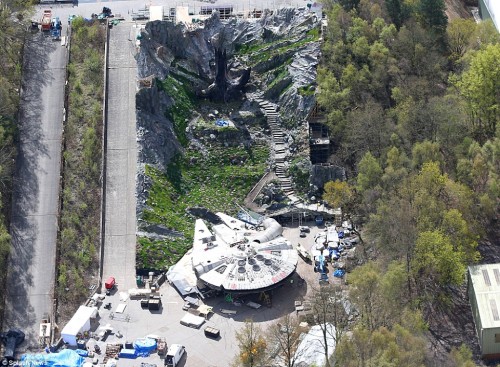 On a more spoiler, and potentially Sith-y, side, an angle of the grass shows one evil looking tree. I assume it’s possessed of Ghost Anakin, Jar Jar Binks, and a bit of the kite-eating-tree from Peanuts. It reminds me of the Sith temple spire that was available in SWG as a card-game item. 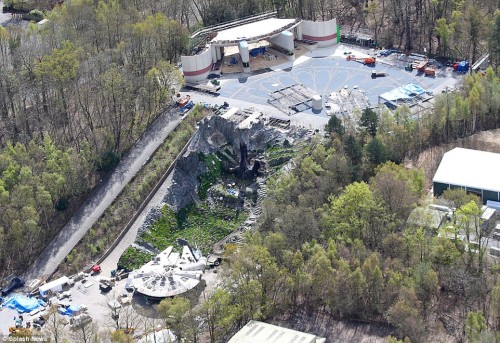 I know some people think that behind the scenes pictures ruin some of the magic, but personally, I love seeing the methods behind this stuff. There’s magic to it, especially on a practical set like this (compared to those ugly massive green-screen studios of the prequels, the Hobbit movies, etc.). I loved the Lord of the Rings movies, and nothing about them was diminished by the seven thousand hours of Weta footage and how they build that world. I like seeing that here too, because it’s just… magic. 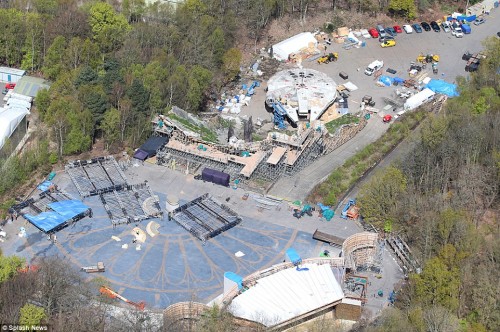 I also want to imagine that this is all one area on a planet, and we’re going to find out that Luke wasn’t hiding on some beautiful, isolated, water world, and was instead just taking an extended spa vacation on Risa. Though I get that it’s just two different planets that will be sharing shooting locations. You have to assume that they’re casting the whole of Wales as extras, given the amount of space they’re building. 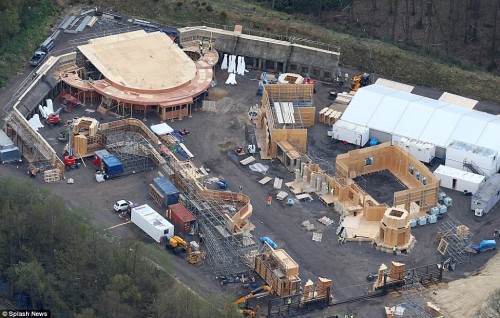 We’re going to get a few different looks, based on what we’re seeing here. That seems to be a proper cityscape, which we only saw briefly in Episode VII (shortly before said cityscape became a fire-y gravel pit). So I look forward to hearing all the gnashing of teeth about how this is just going to rip off Episode VIII, because clouds and green and stuff.

Of course, in a bit more actual spoilers news, Rogue One actor, Mads “Hannibal” Mikkelsen, may have revealedÂ his role in the movie.Â We haven’t seen him yet, and there’s every possibility this was a troll, since he also prefaced the comment with “I can’t say anything about it,” but this was the line he gave:

â€œI read the script, it was very beautiful. Felicity [Jones] plays this lovely, strong woman and I play her [pauses] father. That was too much, Iâ€™m sorry.â€

Since the trailer told us that Jyn has been on her own for a long time, presumably he will be in flashbacks. Of course, it could be a fake-out and he’s an adoptive scoundrel father who’s last name is Solo that laments his estranged relationship with his son. Who knows, I just know that I absolutely want to see this movie, and look forward to staying up late one night because I’m buying midnight release tickets again.