Tron: Legacy is a basic story wrapped up in a shiny, beautiful coat of paint. Probably like a #7DD2DA color, provided that Loweâ€™s sells that color in gloss.

This movie is a sequel / reboot (referred to as a soft reboot) of 1982â€™s Tron. The movie was technically impressive at the time, but had a basic, unimpressive story and has aged fairly badly since.

That isnâ€™t to denigrate the hard work or the acting of the original; however, in light of todayâ€™s nearly photo-realistic CGI, even movies from a decade ago can start showing their age (looking at you, Indiana Jones 4). The story of Tron was simple: a man (played by Jeff Bridges) becomes trapped into the â€œTRONâ€ program, and attempts to escape while defeating the villain, the MCP. Simple. Cut and dry.

Letâ€™s define a soft reboot quickly. A soft reboot is marketed as a sequel of a movie that was decades ago, but at the same time is a remake of that same movie. Star Wars: The Force Awakens, Jurassic World, 2009â€™s Star Trek, the upcoming Predator movie, Creed – these are soft reboots. They star the main / side character from the original movie as a mentor – Han Solo, Spock, Rocky – as a new hero – Rey, Chris Pine, Adonis Creed – takes up the mantle. The story is generally a retelling of the original. Soft reboots, by definition, arenâ€™t bad, butÂ are rather lazy. 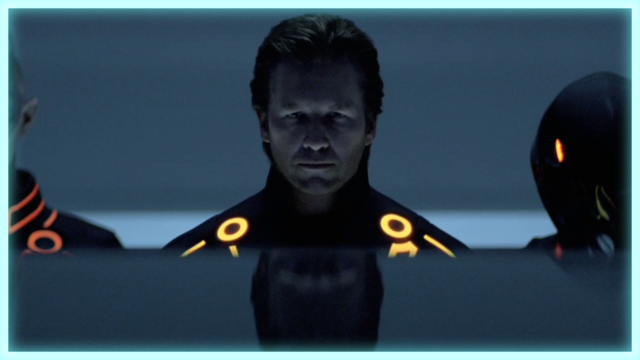 Tron: Legacy fits exactly within that definition. With Jeff Bridges as the older, mentor character (Sam Flynnâ€™s father) and a plot thatâ€™s fairly similar to the original. But the story is…lacking. A character like Quorra is largely useless for the overall plot except for a kind of B-plot jammed in. The main character, Sam, is bland. The most interesting character(s) of Kevin Flynn and CLU arenâ€™t utilized very well. The story is a big jumble of missed potential.

I donâ€™t have any particular problems with the story, as itâ€™s inoffensive and simple enough. At least it doesnâ€™t turn into a large CGI-laded battle that gives me a headache. 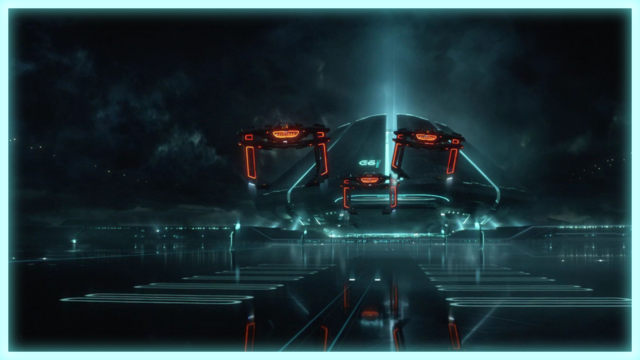 I would say that the main draws for this movie are the visuals and the soundtrack.

Visually, the movie is a winner. The blue / orange contrast of the Grid with that shiny, empty black decorate a bleak setting. The environment is clean in a very computery way, which is perfect. Code doesnâ€™t generally have anything more than necessary to function. 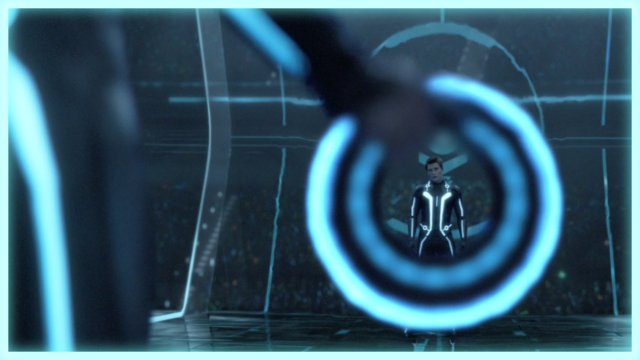 The best portion of the movie by far is when Sam first gets into Tron. Weird flying ships, a disc game, and the light cycle fight.Â Itâ€™s just cool. It remind me of how I felt watching Ready Player One – once we were in the OASIS, I was just having a good time, never mind the plot. As far as movies go, it isnâ€™t the best strategy, but Iâ€™d rather have fun with visuals than be bored with them (hey, Justice League).

Of course, the Daft Punkâ€™s legendary soundtrack sets the stageÂ perfectly. The musicÂ encapsulates the feeling of Tron. The song â€œThe Gridâ€ is so well done, and it makes me want to go into the Grid. As far as Iâ€™m concerned, that’s all the soundtrack of a movie needs to do. I canâ€™t imagine the movie going with a more stereotypical and less memorable stock orchestra sound. 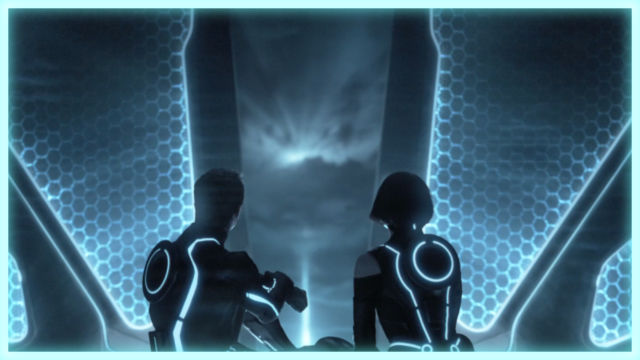 This movie is a 3/5. Average story, great visuals, great sound.

Side note: Thanks to Google, Iâ€™ve just realized that Jeff Daniels and Jeff Bridges are not the same person. Iâ€™ve thought that Jeff Bridges was in Dumb and Dumber for years now. Oops.