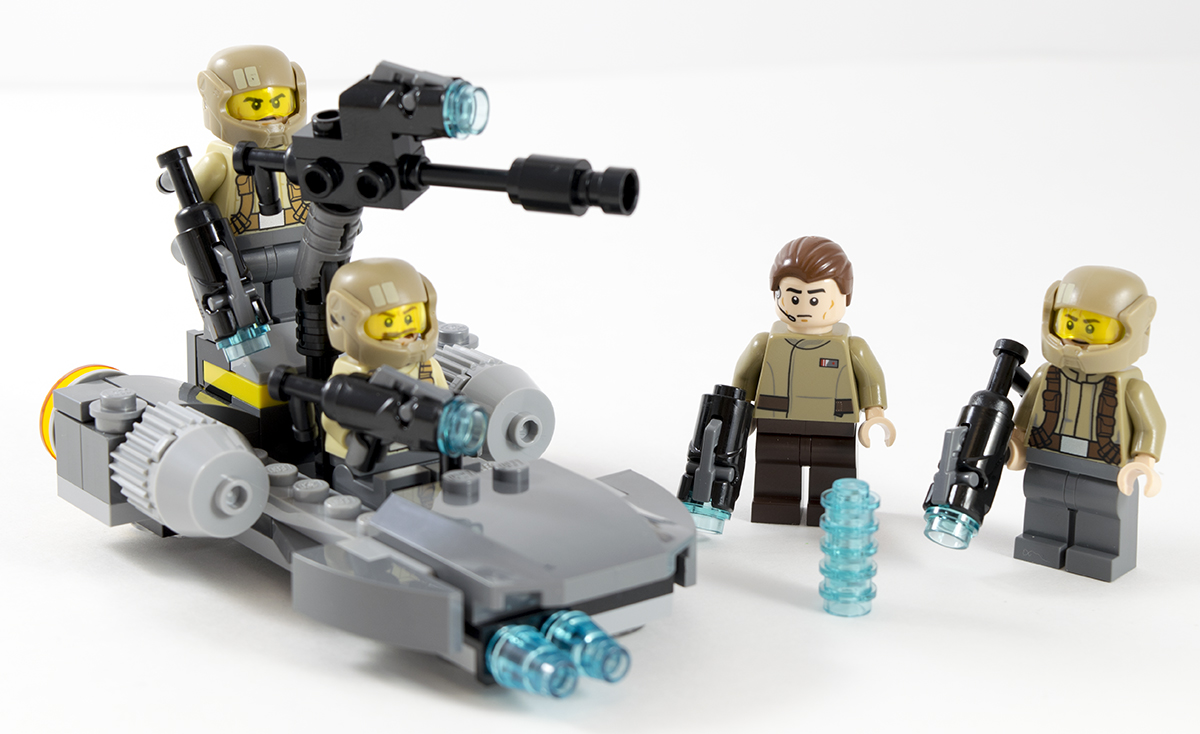 Even before the 2016 sets leaked, we knew there were going to be Battle Packs for the First Order and the Resistance. LEGO isn’t dumb, so of course they’d get sets based around two factions for the biggest movie… well, ever at this point. Once we saw the leaks, I think we all kind of laughed at the helmets of the resistance fighters. We hadn’t really seen them in any of the trailers at this point, but also wouldn’t get the sets until after the movie was released.

It’s no secret that I’m a fan of Battle Packs, so of course I was going to review 75131 Resistance Trooper Battle Pack. I’ve also been somewhat disappointed in the packs for the last few years, unfortunately.Â We’ve gotten some decent army builder packs, like Geonosis Troopers orÂ Kashyyyk Troopers, but they only enticed you to buy multiples if you wanted to build up armies that are somewhat niche.

At 112 pieces, and the standard $12.99 price tag, while coming with three generic troopers and an officer, this set has all the earmarks of a pretty good set out of the gate. It also feels like kind of a throwback to one of the best battle packs LEGO ever made,Â 7668 Rebel Scout Speeder, both with the speeder and the rediculous headgear.

Also, just a warning, there will be discussion about The Force Awakens in this review, so this is your spoiler warning.

The curious thing about all of the Resistance Troopers we’re seeing is that we really didn’t see the troopers do anything in the movie. All of the fights were between the First Order troops and pirates/scavengers/traders, or in spaceships. The troops only showed up after the fight at Maz’s castle.Â But hey, that means they had a much higher survival rate than their Rebellion ancestors.

A battle pack is all about the minifigs, and this one starts off with a bang. I love that we get a Resistance Officer who isn’t a general or an admiral (pretty sure that outside of Pilots, that’s all we ever got in the Rebels). If they actually got into a ground battle, these guys look like they could handle it.

There is variation on each of the figures, which is quite nice. Two have identical printing, the other is darker with different printing on the shirt. There are also four different heads, though the helmets are all the same. You just have to love the mustache on that guy, continuing a grand tradition of the rebellion. And, for some reason, making me think that he’d work for a Dum Dum Dugan minifig. 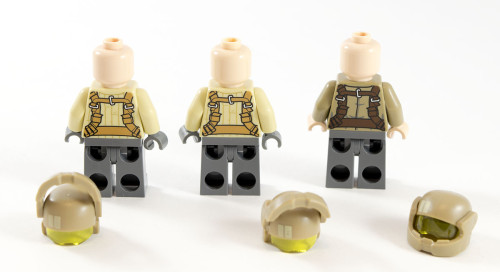 The backs are… well, backs. I still think the dark torso is just screaming out for a Captain Mal minifig. 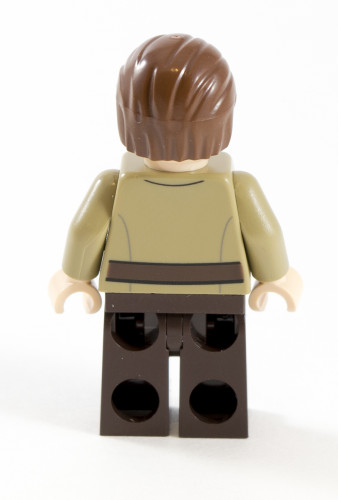 The Visual Dictionary actually breaks down all of the rank insignia meanings for the resistance, which is kind of… well, strange. They’re an unorganized force and not regular military, but still more effective than anything we saw from the Republic (since all they did was suck and get vaporized). He’s got a headset, which once upon a time I would have said detracted from a figure, but we have so many different fleshy head variations now that it’s actually nice to get some with equipment like that.

Between all of the Force Awakens sets (including the new ResistanceÂ Transport), we’ve gotten a decent bunch of soldiers. The only knock I have on these, more than the First Order, is that they’re a less diverse bunch. There aren’t any persons of color, and only the one female soldier (as well as Leia). The movie actually did a great job in painting a pretty diverse picture, so it would be nice to see a bit more variation here. 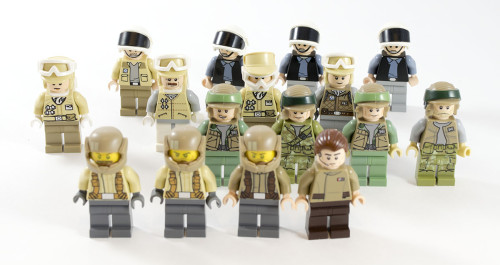 We can learn a few things based on the evolution of troopers over the Star Wars movies. First… they love the color tan. Second, that guy with the mustache is apparently a Highlander who loves to serve in irregular militaries. And they must love throwing hat parties. I sort of feel sorry for the officer, the only guy without a hat. Maybe he’s the DJ.

The speeder strikes me almost like a evolved version of the little Rebel speeder from the battle pack I mentioned earlier. A bit shorter, not nearly as much cover, but still interesting. I’m not sure how effective it would be in war, as it leaves your pilot completely exposed, but at least he’d get a good view. I also question following the Empire’s example of building a gunner position without so much as a railing. It feels like just a few more parts would have made this seem a bit more substantial, like a small windscreen or something to hold the gunner.

I’m not sure I’ll be filling up my resistance battlefields with these guys, but there are some decent parts to be had. Slopes, R4 heads, round grill bricks, and stud-shooter bricks all add a bit of value past the figures themselves. The extra measure I always bring to judging battle packs is if I would buy more than one of them, and I most certainly would buy more than one of these guys. The few problems I had with it aren’t enough to sink the set, so I’m going to call this one a four out of five. Very solid, and I was tempted to go with five because of the variety in heads… but I’ll cover why I’m not more in the First Order Battle Pack. 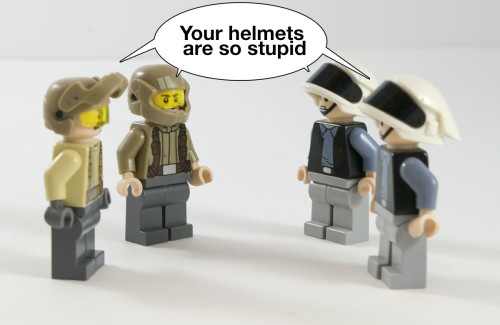 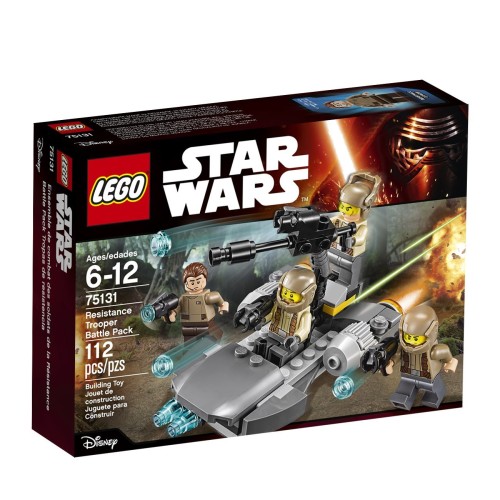