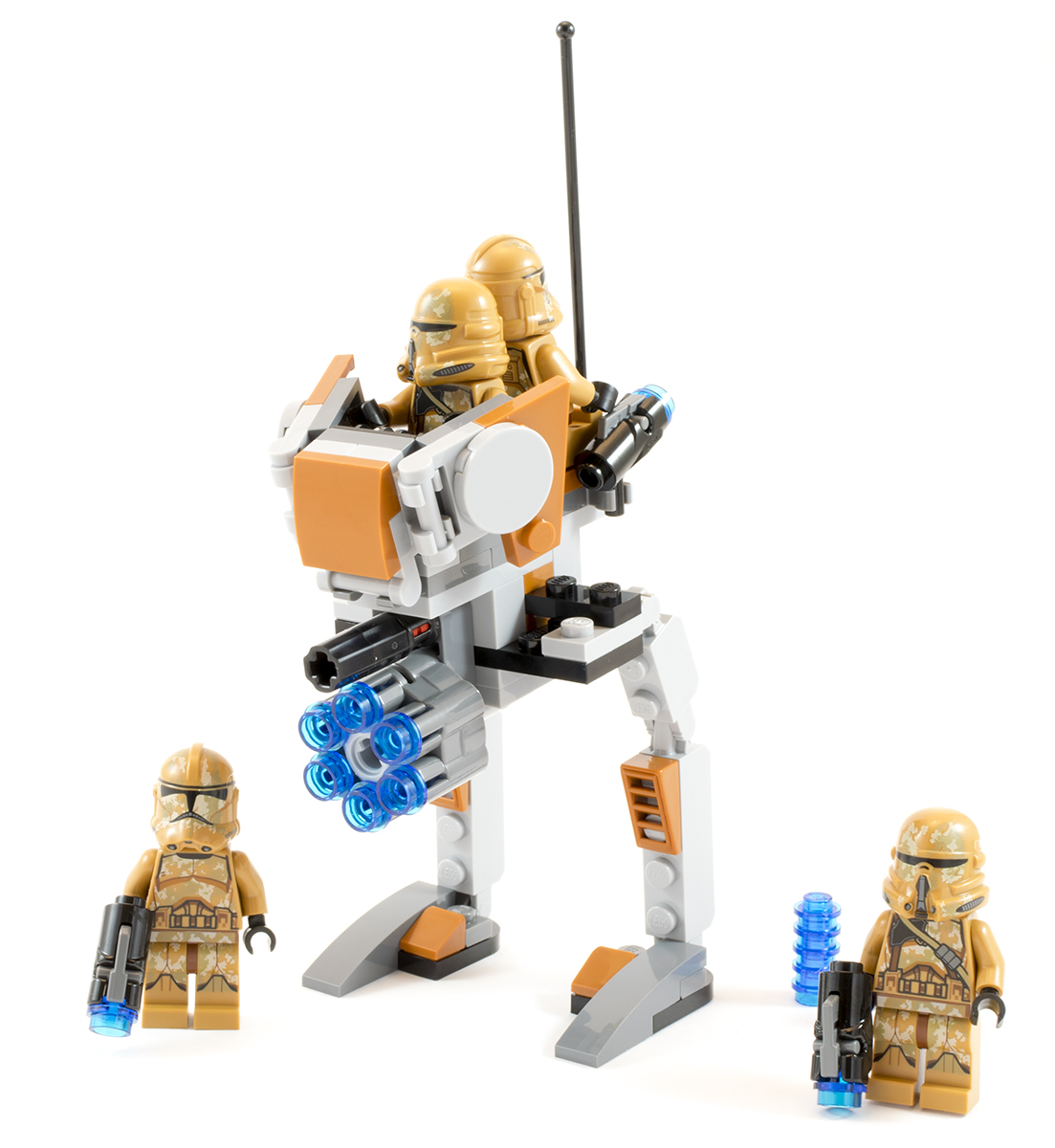 After some wildly impractical camouflage in the Commando Troopers battle pack, there’s something oddly refreshing to see Geonosis troopers in what seemingly makes a lot more sense in a world made primarily of dust and what the easter egg dye looks like after the first couple of eggs. Geonosis popped up a few times during the Clone Wars cartoon, even though we saw the seperatist armies trying to evacuate the planet at the end of the movie.

The set also gives us a walker, which I’ve been known to love, and revisists the rather classic clone walker design from other battle packs. The twist is obviously giving us the new gattling-style barrel on the front to go with our troopers, along with flick-fire blasters for our troops.

This is the last battle pack to review for the 2015 releases, and it’s been a pretty good year for army builders. While we’re still lacking just a plain clone pack, we’ve gotten Shadow Troopers, Smurf Commandos, and Death Star troopers. Next year we’re likely going to see more of a focus on new stuff, so here’s to First Order troopers and rebels from Rebels showing up in our packs. At $13 and 105 parts, it’s got a few more parts than your average pack, but otherwise… it’s mostly just orange.

I think this puts us up to seventeen thousand different types of clones released in the past few years. If we got purple, we could have a whole rainbow corps going.

There are two varieties of clones in this pack, two standard clones and two, what LEGO calls, Airborne Clone Troopers. It’s a curious name for them, since there is nothing that I can see that really distinguishes them as airborne troopers. They lack jetpacks, parachutes, or… well, everything that’d I’d associate with being airborne. I guess that little strap or the half suspender is all it takes to be an airborne trooper in the Clone Army. Under the helmets are the two varieties of Clone Trooper heads. 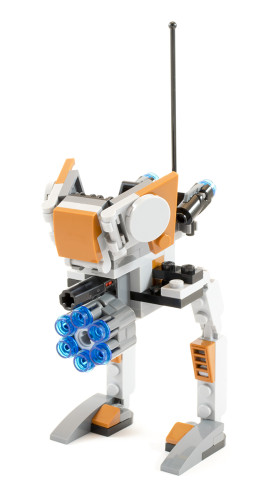 The walker is… well, a walker. The coolestÂ aspect isn’t the turret, which, as I said in the Senate Commando review gets old quick, but the handful of dark orange parts. There are a few nifty things to it, but otherwise, it’s a pretty basic set. You get some grill slopes and a rounded 2×2 slope, and four of the blasters that no one seems to really like.

It’s not a bad little build, and unlike most of the other packs, I can easily see getting more than one of this set if you were going to build up some Geonosis scenes or a nice army. They’re a bit specific to that particular setting, but these are probably one of the least absurd varieties of clone. While it would have been nice to see an ARF trooper or something similar in place of one of the airborne guys, or maybe a jetpack or something to make them actual airborne troops… this is a solid army builder set. It’s not flashy, but I think I’d have to call it a fourÂ out of five just on the “repurchase” nature of the set.

Verdict: 4 out of 5. A solid army builder set even if it’s kind of niche. You can pick up 75089 Geonosis Troopers right now on LEGO Shop@Home. 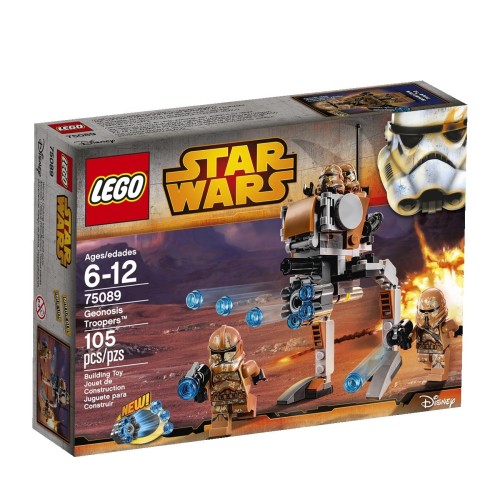