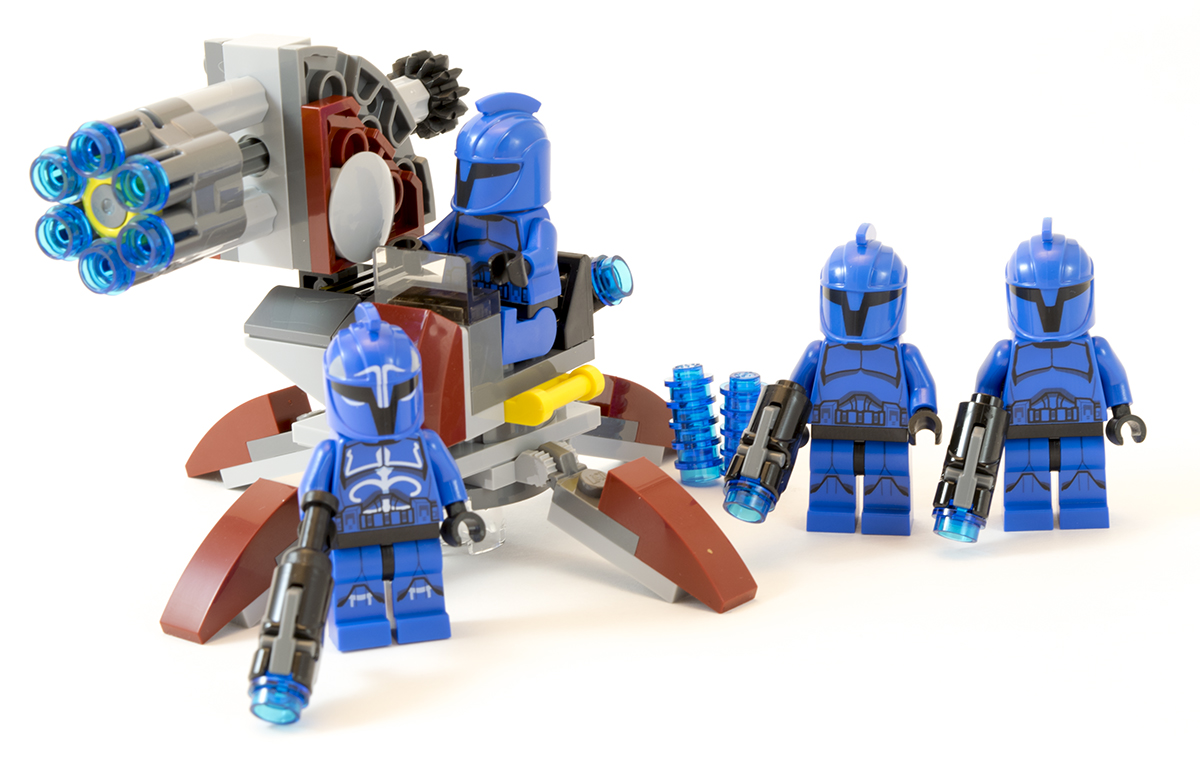 This has been an odd year for Battlepacks, since we got four of the things to kick off the 2015 release cycle.Â A couple of months back, I reviewed 75078 Imperial Troop Transport (best way to get Stormtroopers) and 75079 Shadow Troopers (best way to not spend $13 on getting more Stormtroopers or something). Reviewing 75088 Senate Commando Troopers had me coming back to yet another battle pack, something I do all the time, but it was getting me figures I have very little interest in.

We’ve had Senate commandos in a couple of other sets, the Venator and Cad Bane’s Speeder, as well as part of a magnet set back before magnets were glued, overpriced, and awful. The characters themselves were part of the Clone Wars cartoon (and never seen in the movie… closest to anything blue were the 501st). That’s probably why they’re visually distinctive but otherwise completely anonymous.

As a set, this battle pack follows the weird clone wars tradition of “big gun on walker legs.” I don’t really understand why open-seat guns are part of their strategy, but I suppose things like “shields” aren’t all that important when you can just grow new troopers. Of course, reading up on these guys, they were recruits and not clones,Â which would be kind of cool had they not been replaced by the Imperial / Red Guard. This is likely one of the last time we get figures like this, unless they sneak into Rebels or one of the eleven million rumored projects around Star Wars, so let’s see if it’s worth it…

I’ve said in the past that I add a bit of extra judgement to a battle pack and rate it not only based on “should I buy it” but also “should I buy it more than once.” The idea behind these sets is that you get more than one of them and build your army… which is a great idea for certain figures and sets. I’ve purchased a dozen or more of some sets because they were just that good, so it seems like a good idea to judge them with that in mind.

This is a battle pack, so obviously it’s all about the figures. We get aÂ fire team or a squad of Senate Commandos (side note… why would the senate need commandos; seems more like they’d just need guards), with one that LEGO calls a captain. I guess he’s the Republic version of a middle manager… an officer that’s only in charge of three guys (a pretty strange thing for a captain). Sargent would have been a lot cooler. 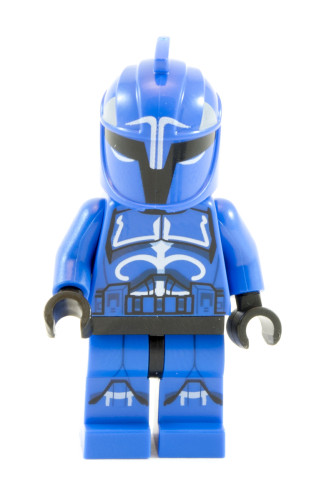 This is the version that’s kind of different from the earlier iterations, with a different pattern to the white (and all have different, clone heads). He gets a slight upgrade to his stud-blaster, getting a stock put on the end that no minifigure can ever hold. I don’t mind a bit of variety to these, but the concern I have with it here is that you’re going to get out-of-proportion if you decide to build up an army of these guys. 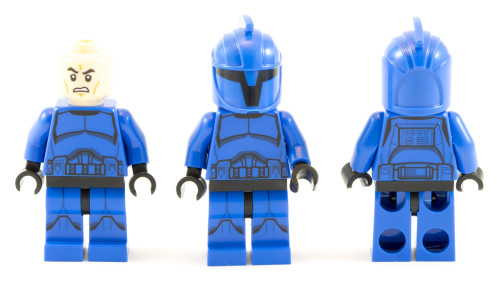 The troopers have sharper printing than the earlier versions, which I apparently forgot to take pictures of. I never purchased the Venator (there are some sets even I skip), so I didn’t have that one for comparison anyway. The helmet is a very interesting mold, which I’d like to see in varieties applied to some of the other ceremonial guards that we see. 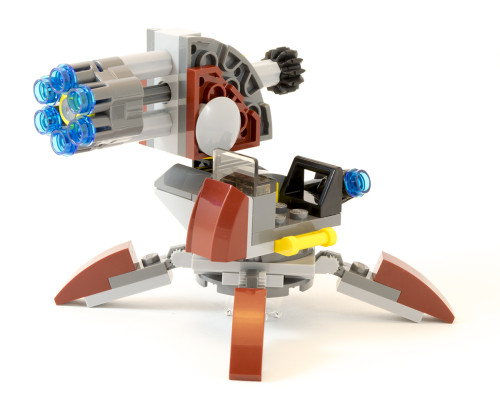 Since this is a battle pack, it has to come with some sort of vehicle, or in this case, a gun emplacement. It’s a fairly simple, yet solid build, that uses the new turning stud-launcher blaster. That’s easily the highlight of the little set, though I won’t knock getting round dark red slopes. There’s not much here to describe past what you see… it pivots a bit and can tilt up and down.

I put together a little video that shows off the mechanism a well. It’s effective and cool, but much like a real machine gun (and not at all like Hollywood machine guns), the fun is over within a couple of seconds and you’re left spending most of your time doing the reload. By itself, it’s a cool play feature… once or twice. But eventually, you’ll get sick of reloading it, so I’ll wait for their next variety that somehow makes it all belt fed.

This isn’t really a bad little pack, and I look forward to seeing how that six-shooter gets put into builds I can’t even imagine. That’s likely the most attractive piece, as nothing else in the set is particularly rare and the figures really aren’t generic enough to get used elsewhere. The knock is really on the re-purchase value… I don’t see the reason to purchase multiple versions of this pack. The Senate Commando Troopers aren’t exactly iconic, the armor is ceremonial unless you happen to be a trooper trying to blend in during the great Crayola invasion, so you’re not going to use it on other figures. That makes this a three out of five. 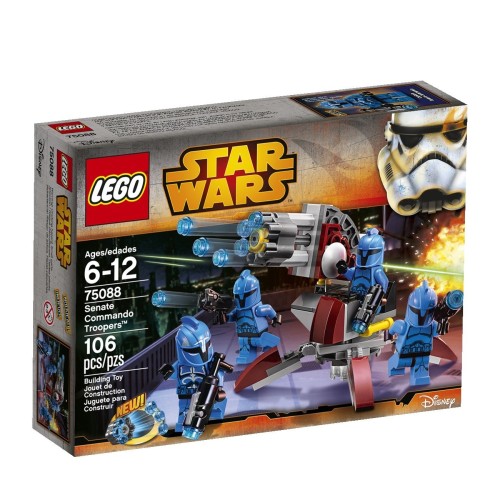