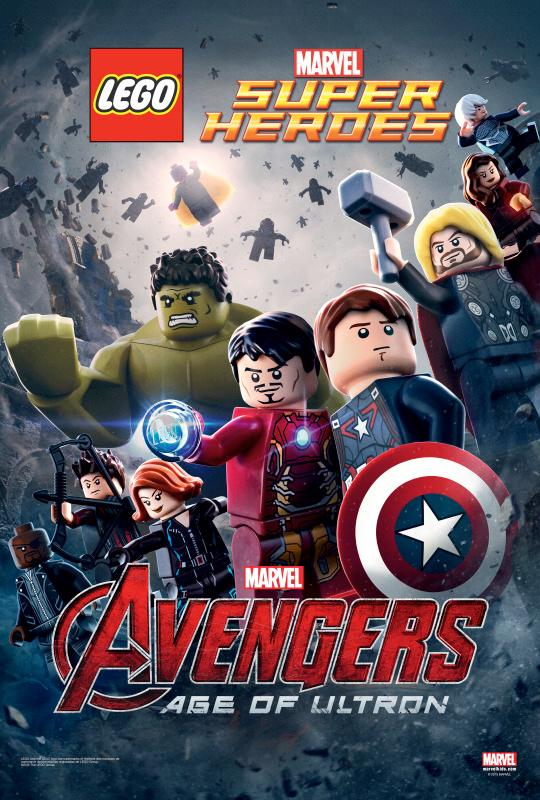 I went to see Avengers: Age of Ultron on Saturday with the family, then spent the rest of FCBD geeking out with the intention of reviewing the film on Monday morning. Usually I like to have my movie review done right after viewing, but I thought a little time was needed to fully digest this one. There will be SPOILERS after the break, but if you’re on the fence about seeing the movie at this point (really?), do it. If you’re a fan of the MCU, you’ll enjoy it.

There you go, easy as pie, but for those who have seen it let’s look at where Age of Ultron takes us and what it means for the MCU.

The new Avengers film is a bit of a mixed bag. It has everything the first movie had and ramps things up to the next level. It’s precisely what people expect from a sequel, but that doesn’t guarantee it will be better and it isn’t. You can put me on record as saying this isn’t as good as the first Avengers film. I bet you didn’t see that coming. I mean, how can you screw up a movie where a dude in a high tech battle suit and a super strong guy punch it out?

I don’t think it’s bad, it’s just weaker than it’s predecessor and that weakness comes partially from the amount of time the film spends strengthening the connective tissue of the MCU as a whole. Age of Ultron sets up practically every movie in Phase 3 and further develops seeds from previous films. Some things that seemed off, now make more sense. Take Tony’s roller coaster ride of a flawed character arc. His actions constantly contradict what he says his intentions are and comic readers will note he’s quickly becoming the Illuminati Stark. Making decisions he thinks are in everyone’s best interest and in doing so, become the bad guy. He IS a mad scientist after all and his philosophy on world protection keeps coming more in line with Hydra’s every day. 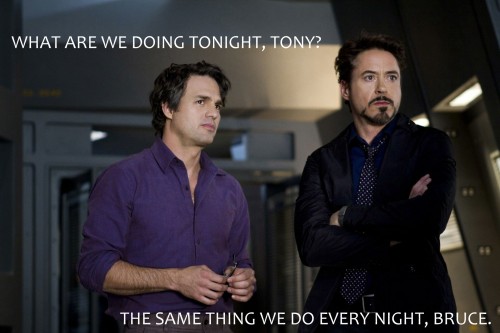 The vibranium acquisition set up Black Panther’s villain, Thor’s hot tub party may have been a clunky hiccup to this film, but it set up Ragnarok and made the team vaguely aware of the oncoming Infinity War. We now know the only remaining Infinity Gems are Soul and Time and we can be fairly confident one of them will pop up in Doctor Strange. My bet is the Eye of Agamotto will be the soul stone and give the user the ability to traverse the astral plane. I’ve been saying for a while that Phase 2 is marching towards Civil War and now Chris Evans has said that Cap 3 will heavily set up Infinity War. Of course it will, every thing in the MCU is heading somewhere else at this point and a weak link is less a threat of the greater whole falling apart and more taking one for the team.

There are a lot of little things in this film I didn’t like, but I can’t shake the feeling that they still make sense or that they will, whether I like them or not. Luckily, they don’t add up to making this a bad film. Sometimes it’s hard for people to separate something they like from something that’s good.

There’s a lot to like about this film if you take it at face value. The action sequences are great. Nothing needs to be said about the Hulkbuster scene, it’s all right there. I will say that I really liked Tony’s suit from the final fight sequence, a lot. They learned from Loki’s popularity that a bit of personality adds to the villain, so Ultron was less a cold calculating automaton and more his father’s son. His motives are a bit underdeveloped, but there are a lot of robots to punch and not a lot of time. He had a wicked sense of humour and that blends to Joss Whedon’s style and the established tone of the series quite well. We got some interesting character development and interactions and even a twist mid film, I didn’t see coming. Which is good, because Hawk guy got pretty much zero development in the first film and his farm really helps cement him as the “normal guy” on the team.

The film has a lot going on and in constantly feels like it’s on the verge of spinning out of control, but I think they contain it pretty well overall. We get to see the triumphant return of some of the tattered remains of SHIELD, and a big question I’ve had about the fate of the original helicarrier was answered. Some of the side kicks stepped up into the big show and I’d be lying if I said I didn’t get a chill from the films final assembly. Also, the newly introduced characters are done really well. I love the vision and I look forward to his future interactions and what he means to the MCU at large (He’s already got an expiry date since Thanos is now after his head). I was concerned that they would screw up Quicksilver after seeing the Americanized version in Days of Future Past. I didn’t know if he’d be as fun as that version and he wasn’t, but he was fun in the context of the MCU and while kind of an ass… 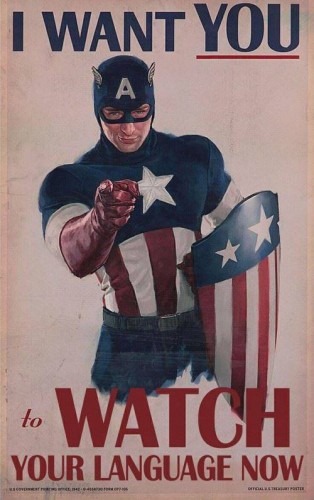 … he was still a likeable character. It seems to be asking a lot these days to get protagonists you can actually like. Marvel usually even manages to make you like the villains, sometimes more than the heroes. And then they kill them. Remember the Iron Monger? He was originally supposed to live. Nope, dead.

Pretty much anybody who pops up with a Hail Hydra! gets their head cut off except for the Red Skull.
He could be anywhere, but if Hugo Weaving has anything to say about it… Dead.

The only villain that remains unkillable is Loki, but Ragnarok is coming.

I did wonder why Strucker was even in this film, he was written off so quickly I was disappointed and it doesn’t make me look forward to Zemo being in Civil War. Being based on the comics means no one’s ever truly dead (except Uncle Ben), but being a Whedon film means someone has to die. So, he spent half the film foreshadowing the end of Clint Barton and then pulled the rug out from under Quicksilver. Which I thought was funny because they already showed how slowly he saw bullets moving in his perception and even had him walk one off a couple scenes earlier for more comic relief, but whatever. Now there’s no one to object to his sister dating an android.

Would the film have been better if it left some things out? I think so, but it may have been better with some things added in too. I’m not sure about Captain Marvel and Spider-Man as Whedon wanted though as the film was already chock full o’ heroes. However, if they had just swung/flown in during that final scene… Damn.

In the end, I think this film will be in the middle of the pack when the dust settles and so I give it a three and a half star rating that’ll get a walk to four, due to our system hating decimals. It won’t quite live up to great films like Guardians of the Galaxy, The Winter Soldier, Iron Man or even the first Avengers film, but it’s not on the bad side of the scale either. I’m the first to admit that while Iron Man 2 and Incredible Hulk were not good films, they’re still watchable. I’m left feeling pretty lucky that with eleven films and three TV series under their belt, a film like Age of Ultron could fall somewhere in the middle. And if future films improve this one in hindsight then we all win in the end. One thing is certain at this point. Phase 3 is going to be intense.

To the Infinity War and beyond(er?).