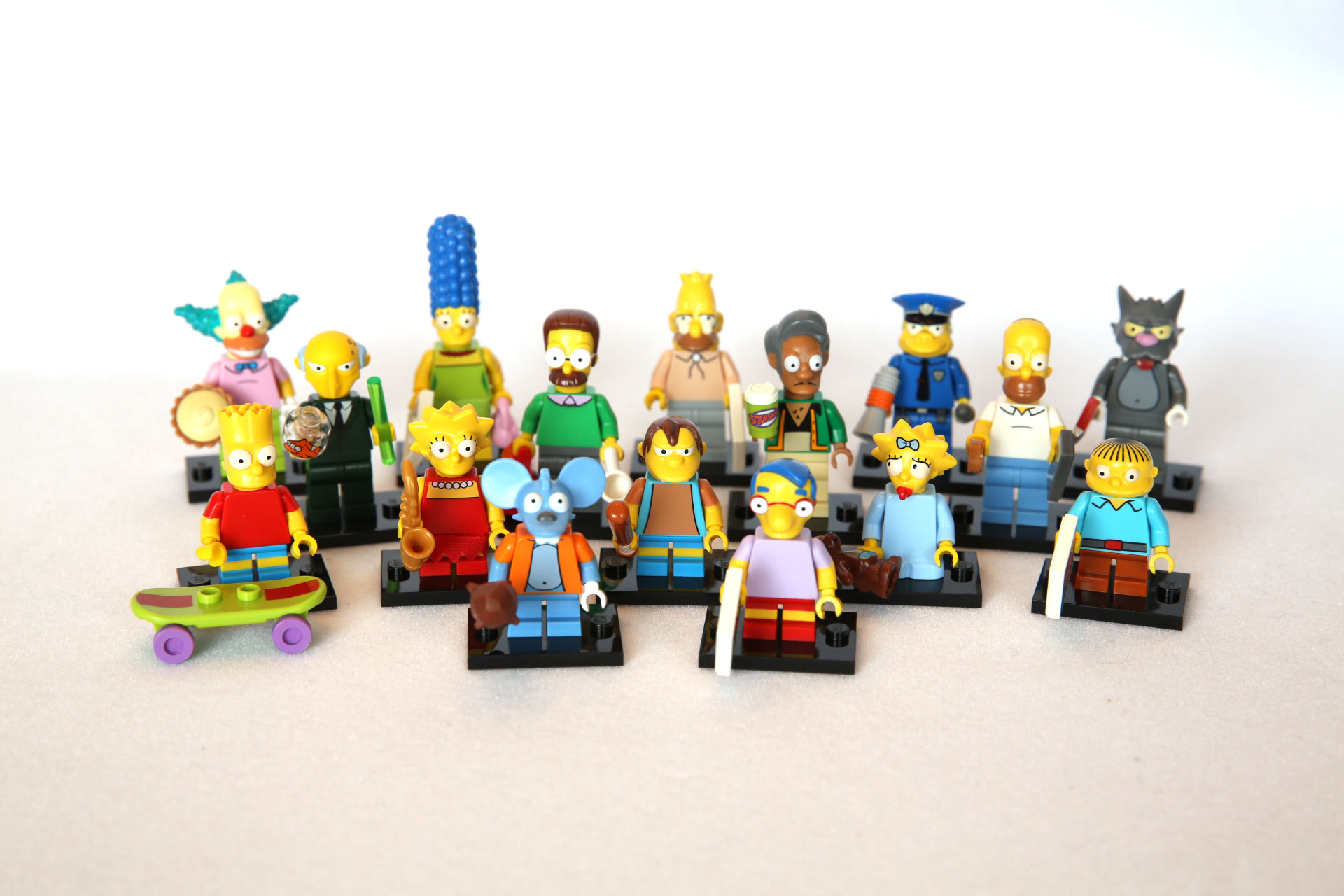 The Simpsons licensed line is a strange one. There is some potential in having The Simpsons be the first licensed, location-based theme (vs a vehicle-based one like Star Wars). 71006 The Simpsons House set would just be the starting point into the town of Springfield. Other locations could be made into sets like Moe’s Tavern, the nuclear power plant, the school, the town square complete with Jebediah Springfield statue, etc. They all could have been great sets to own and be something that Town and Train fans could incorporate into their layouts. But what we get instead is just the Simpsons’ house and a line of Collectible Minifigures. Each minifigure’s likeness is spot on to their on-screen counterparts. No duh. That’s really not surprising considering they each have a custom molded head, so how could they not look like the characters they’re supposed to portray? Gone is the familiar minifigure head element and any accessories; it’s replaced by a single molded element. They look great, the heads. Spot on in fact, like I said earlier. But they are so spot on that the head looks it was taken directly off of an action figure than a LEGO minifigure. And that’s what they actually end up looking like: heads taken off of an action figure and stuck on top of a LEGO minifigure torso. And this is where I have a huge problem with these things: the head. The head is so un-LEGO like and so gigantically disproportionately large, it actually turns me off to the idea of LEGO licensed themes a little.

Back when images of the special LEGO episode of the Simpsons show were being released, this one screen shot in particular caught my eye: 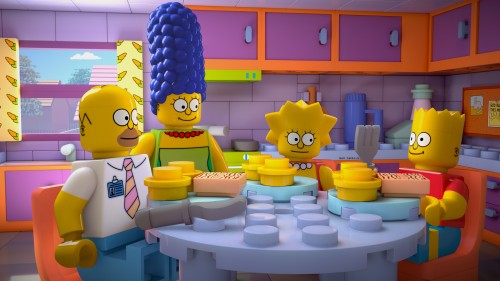 The style is so much more familiar as LEGO pieces than what was actually made into a toy, it made me wish that this was the approach that LEGO took to creating the figures. Looking at Bart and Lisa, as an example, I can imagine that they are using a standard minifig head element with a custom hair element. If this were made into a toy, they would just like any other LEGO minifigure: legos, torso, head, head accessory. And the head would be compatible with every other head accessory and/or any other element that had a stud. Want to put a hat on Bart or Homer? How about giving Lisa a pony tail? That wouldn’t even be an issue with what could have been a GREAT licensed toy line. 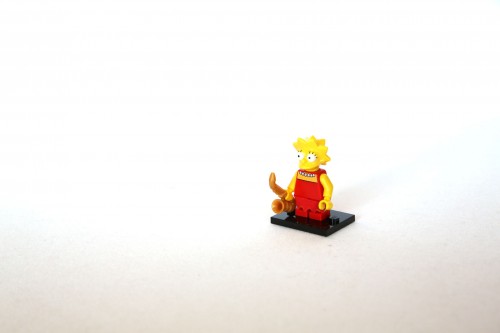 But sorry, you can’t do that with the minifigures we have because there is no interchangeability beyond sticking the head on another torso. We could have gotten regular minifigure heads with printed facial features and head accessories. Instead, we get molded eyes, a molded nose, a molded mouth, a molded hat, molded hair, molded everything. And to me, they don’t really look like LEGO anymore. 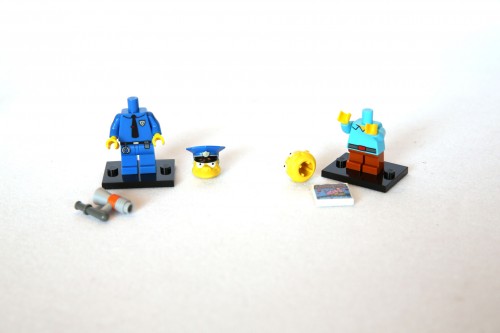 Aside from the head and looking at the series as a whole, fans of the Simpsons or all licensed things from LEGO will delight in having these figures. The Simpsons family members look much better than their counterparts found in the House set mostly because they don’t have that stoned expression on their faces. That may be the only reason to seek out the family members: to replace the House versions. Chief Wiggum has to be the worst looking of the lot. He looks like he recently had gastric bypass surgery. I think a clamshell design like the Ewoks to enhance his and Homer’s rotundness would have been a good approach. And Mr. Burns without Smithers is like an Oreo cookie without its creme filling. I suppose there’s always going to be that one character you wish the line had. But had The Simpsons been a location-based theme, a lot of holes could have been filled with sets and the minifigures included with those sets. Moe and his tavern, Comic Book Guy and his shop, Smithers and Mr. Burns’ office or limo. It’s quite obvious one series of Simpsons Collectible Minifigures isn’t enough and unfortunately it doesn’t look like there’s anything Simpsons-related on the horizon.

You can find these pretty much everywhere, even places like Walgreens. You can also order them directly from LEGO Shop@Home (limit of 32 figures per order). Without any other sets other to support the characters found in the Collectible Minifigure line, it doesn’t score beyond a 3. They’re just okay. Pick them up if you’re a fan, but I don’t think you’ll regret not getting them. 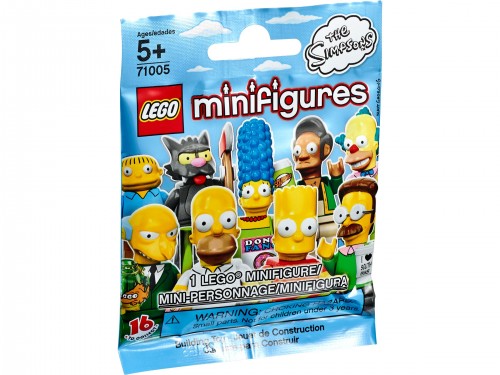