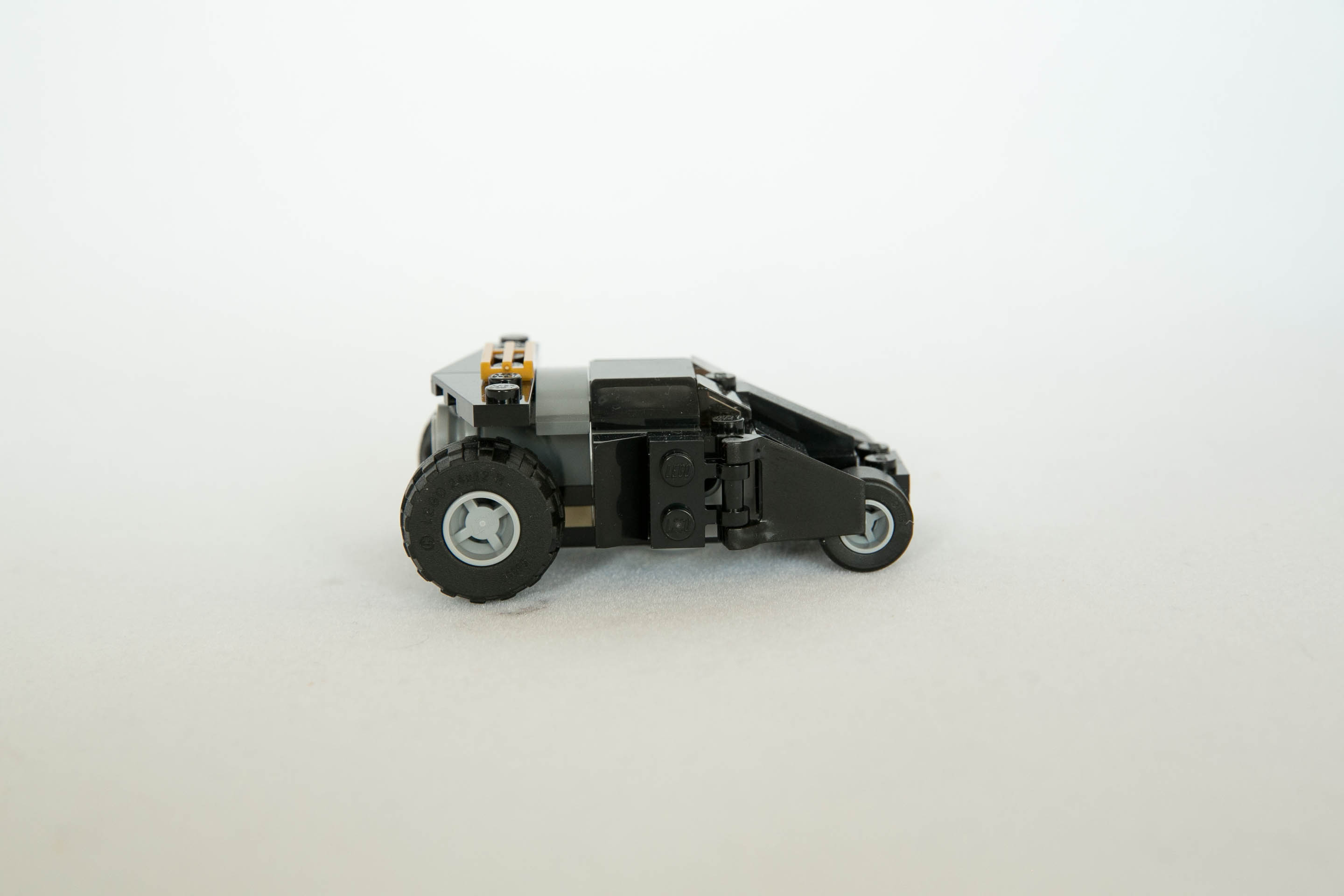 I’m sure you’ve seen the glowing reviews elsewhere but let me set you straight: this thing is a piece of crap.

Let’s take a look at the real deal: 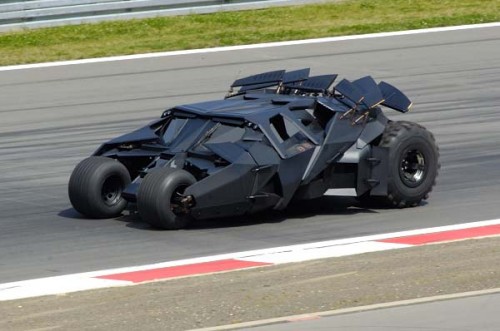 Now, let’s take a look at what LEGO decided to give us in mini form: 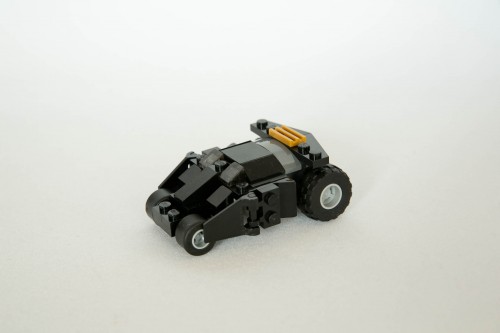 First of all, do the designers not realize that Batman only works “in black… and sometimes very very dark gray?” He said so himself. All kidding aside, the unfortunate thing is that both dark and light gray elements detract from what could have been a cool all-black build. “Cool” being a relative term because even at all black it is still ugly. Plus that pearl gold grille tile has absolutely no place on this model. 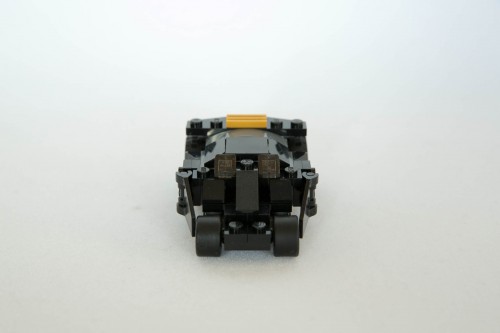 Secondly, it barely looks like the source material. The front wheels are all wrong since the axles are attached on the wrong side of the wheel. The rear set of wheels only has one pair and not two. Even if I were to turn a blind eye to the wheel situation, which I easily could for build stability, element restrictions, or whatever reason, there is no excuse for what I can only assume is the windshield and cabin. The model uses a few offset studs in order to get 1×3 slope front and center. And because of the way it was incorporated, it dictates how the surrounding cheese pieces are laid out to get that sloping effect on the front of the vehicle. The result is just a strange array of slope elements that accomplish nothing to look like the Tumbler.

The one positive I can mention about this build is that the model has a rear exhaust port for the jet engine. The rear as a whole looks kinda okay if you squint your eyes and look at it in a dark room but too bad it’s in light gray and is missing a pair of wheels. It kind of looks okay from the side view, but we’re just really scraping the bottom of the barrel at this point.

I can’t remember how much I paid for it. I found it at Target at the check out lanes. Some say it was $3.99, others $4.99. Whatever the set cost, though, was way too much. You’re better off poking around flickr for other mini and micro build Tumbler MOCs and making one yourself than buying this steaming pile.