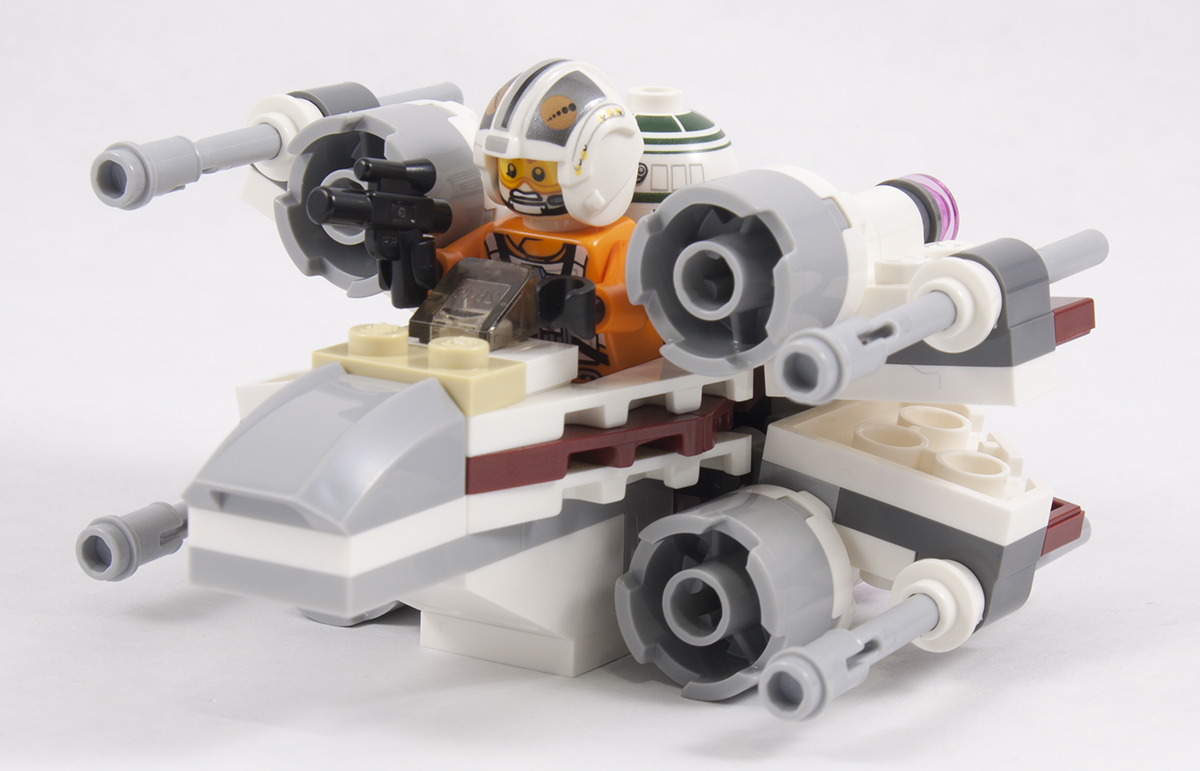 Were you the one clamoring for a whole new “official” scale that’s been popular as MOCs? If so, Lego has the sets for you! I guess that’s probably because chibi is really just slang for “oversized” or “super deformed” that maybe Lego didn’t want to adopt it as an official term. As a style, it’s obviously something we’ve invested in a lot here at FBTB, with our Chibi contests in the past and featuring builds in that style.

I’m not sure if these things are ever going to get a fair shake in the eyes of the AFOL community, since they replaced the Planets sets that were fairly popular to collectors, and I don’t think popular at all for kids. I don’t have any evidence for that, it’s just… how many kids want to play with what is effectively a christmas ornament and a mini-build with a figure? It was a display piece, which would be fine if it was targeted swiftly at adults, but Lego is notoriously bad at targeting their products outside of the kids market.

These sets are pretty much the opposite. The appeal to kids is pretty obvious, especially if you’ve kept up on the action figure trends. The whole oversized / out-of-proportion look has been big, with Star Wars, Marvel, and Transformers all having a line dedicated to looking odd. More than that, they’re obviously not designed for AFOLs… except of course for that minifig, which sort of proves that someone at Lego is just an evil genius, getting us to drop $10 on a handful of parts just because they know we want a Theron Nett minifig. Well played, Lego… well played. Â  In case you didn’t know who Teron Nett is, that’s apparently the name of Red Ten from the Battle of Yavin. His name was never mentioned (not even sure if his callsign was), and the only thing of note from him in the battle is that he had a unique helmet and that he got shot down by a TIE fighter. Not even one of Vader’s wingmen, just a regular TIE fighter. 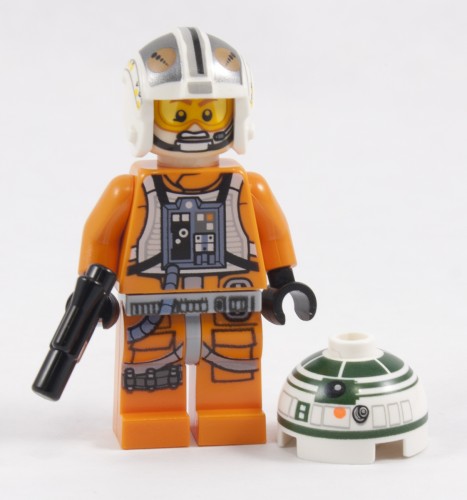 We have here a totally new X-Wing pilot, in case you were wondering. The torso printing is all new, printed legs are all new, and even the face is all new. It’s all generic too, with the goggles, mouthpiece, and chin strap, so I expect we’ll see a whole lot more of them, but they really did sneak in a completely new fighter for this set.

The printing is obviously a lot more involved on this guy, with the life support system and the belt printing, but they did a good job at mostly lining it up. I particularly like the lower straps under the legs, though straps like that are normally part of a parachute system for ejecting, and that raises a whole host of questions. One… where are you going to eject when you’re flying in space. Two… why are you only wearing the straps and not the parachute. Three… is it really all that wise to parachute down on to the space station that you are expressedly trying to blow up? Seems like a tactical error on many levels. 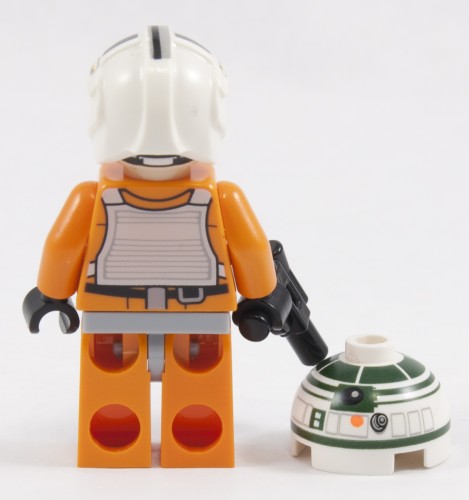 We also get a new R-series head. I don’t know what number it really is, as Lego went with the creative name “astromech droid” instead of something. He also only has a head, so you’re on your own to provide a body. If only there was some set coming up in the near future that came with a green astromech body and some sort of weird, tree-shaped head that wouldn’t be all that useful when it wasn’t Christmas. Ah well, what can you do. 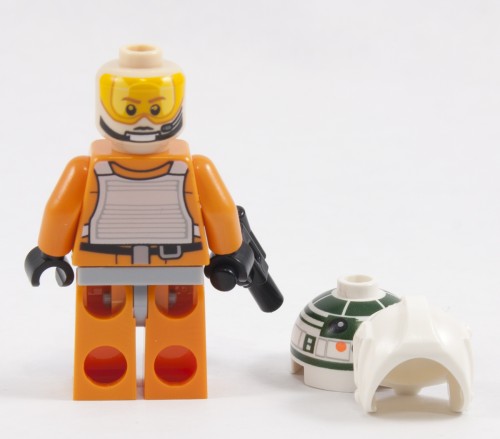 Our guy comes with an alt-face that features kind of worried lips. I assume those are the “well, I don’t even have a name so of course I’m going to die” lips, but I can’t really prove that. The astromech head also features the new printing patterns we saw with R2-D2 in the Jedi Interceptor head, just in green. Let’s be honest with ourselves as AFOLs here. If you’re dropping money on this set, it’s because of these guys. 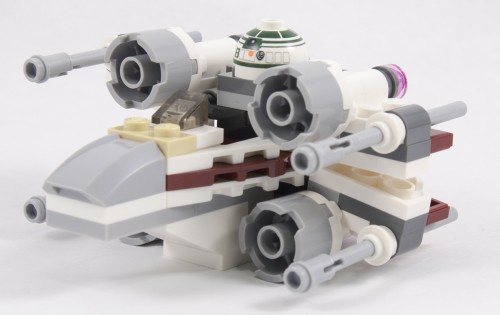 The X-Wing itself is more stubby than chibi style, honestly. I’m no expert on chibi, but usually I see it as more outsized proportion and less “squashed up mess.” We’ve gotten a lot of different X-Wings over the year (Micro, Mini, System, and UCS), so this is just another one to stick on there. It seats the pilot, sans canopy, which is the way that all of these work, and your astromech hops on a plate behind him. Well, his head, anyway. 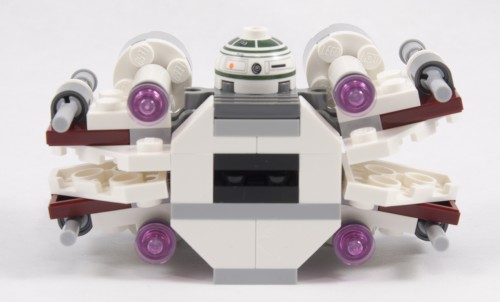 There’s not a whole lot more to say about it. I’m not a great judge of Chibi stuff in general, and I’ve certainly seen “better” builds of the X-Wing in this style, but I’m pretty sure none of them were working with $10 worth of parts. From a parts perspective, they’re okay, but nothing that’s going to blow you away. You get several of the 1×2 technic-pin hinge things (in light grey and white), which hold the X-Wing’s blasters, and some round bricks and plates, but nothing especially unique. 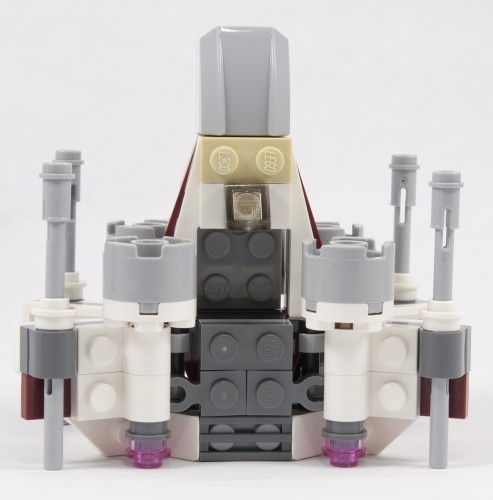 The engines are probably the biggest miss, as far as look goes. It just seems like something more could have been done, and it feels lazy and outside the style, by comparison. After the engines, I think the wings are next, since they feel like they’re too short, and almost vanish next to the body and engines.

That sort of defines this set for me, and the rest of the Microfighters stuff. They’re an interesting idea, but the execution seems sub-par. The value really doesn’t feel great at $10, since I don’t really see buying multiples of this set for the parts and figure (or droid head). If that droid had an astromech body, I’d sing a different song (and this set would just blow away the rest of them for value), or if there were a few part differences (bigger wings, round grill bricks) I’d get it for that. But right now, it’s pretty much an expensive Minifig that also has some parts with it too.

Same on the price… if it was a couple of bucks cheaper this thing would be just great. Unlike that just terrible Spider-trike, this doesn’t feel like an overpriced polybag (and let me be clear, this at $10 is vastly better than that thing at $13, or even that thing at $10). This technically has more pieces than most of the planets sets, but those came with a minifig and a big planet that you couldn’t get anywhere else, so it really gave a lot. I get why Lego wants these, since they are making toys, and the planets sets were never good toys. But as a collector, these are all pretty much a one-and-done for me.

Verdict: 3 out of 5. On a sale (more than the two cents Amazon has them marked down right now), I think the value of these is fine, and you’re going to want this pilot, because he’s obscure and you know you want a full Red Squadron.

You can pick up 75032 X-Wing Fighter on Amazon.com right now, along with the rest of the Microfighters lineup 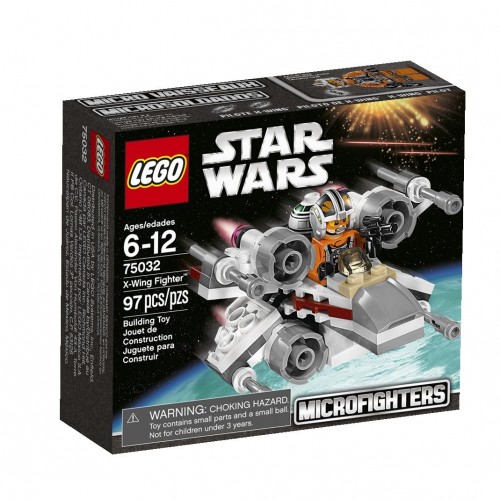