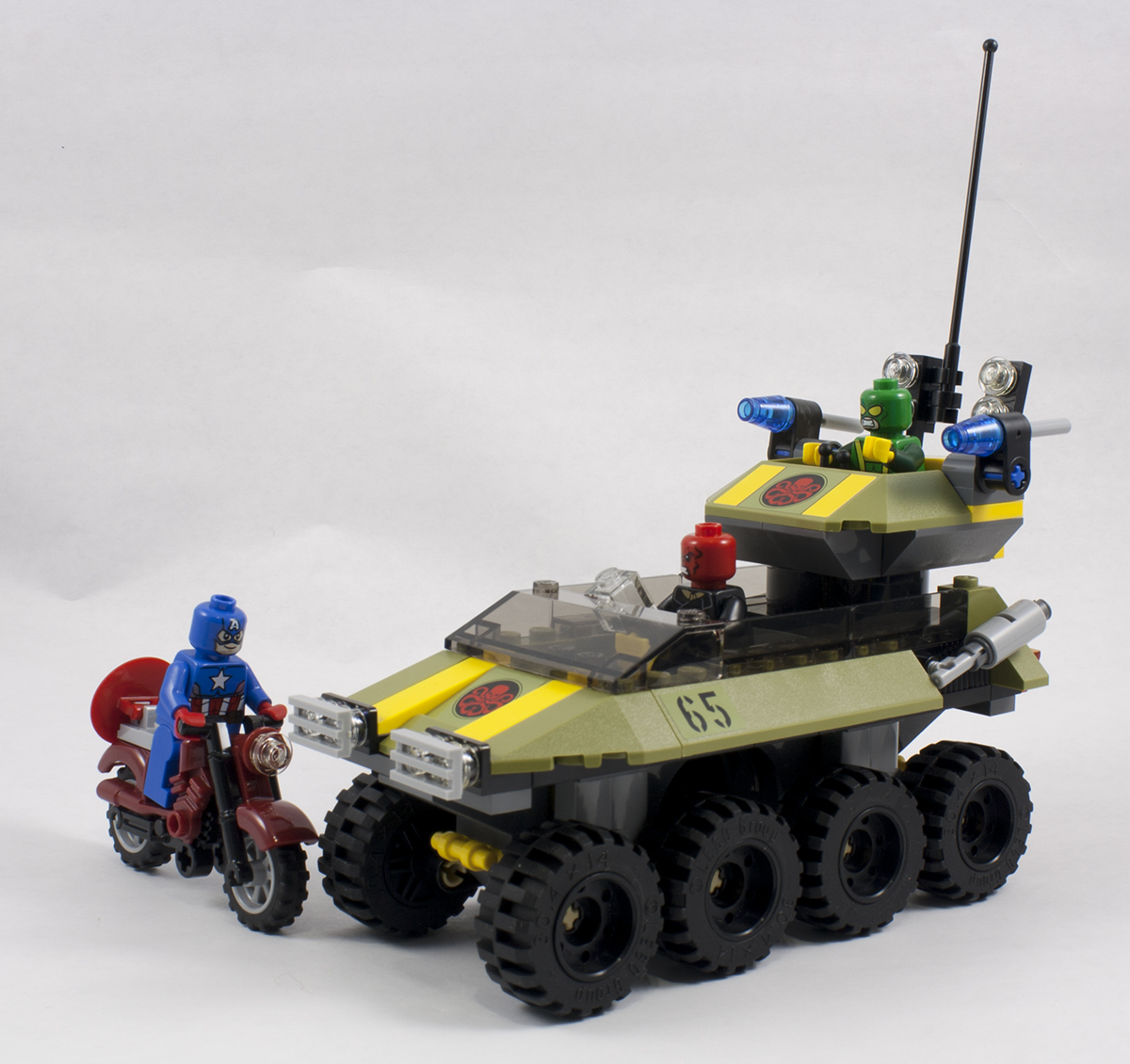 Take a read through Ken’s review of Thor: The Dark World, and his biggest beef with that movie and it’s lack of tie-ins to Lego sets, and you’ll get one of the big problems with the Marvel lineup this year. There are some sets coming out for Guardians of the Galaxy, but that’s pretty much it for movie tie-ins. Which means that Lego has ignored two big releases, Thor and Captain America: The Winter Soldier, opting instead for Avengers Assemble, the Disney Channel cartoon.

From the point-of-view for Marvel and Lego, that makes sense… Avengers Assemble is one of their popular shows and it has a bigger exposure over time than the movies do. But it really looks out of place in toy aisles full of figures from the movies (and the cartoon) to keep ignoring the big releases. That’s not to say that this set (and it’s cousin, Hulk Lab Smash), are bad sets. Far from it… this is an interesting set that gives us a new Captain America and his greatest nemesis, Red Skull (along with a Marvel henchmen that’s not Chitauri). It’s also a chance to put captain on a proper motorcycle at last, and give us some nice Hydra stickers to decorate our MOCs with. That and I bet there’s more than a few classic army type builders that will get this set just for those number stickers on the side.

At $20, the set seems like a great value, but at only 172 parts, you’re left wondering if it comes up being a little bit short. It’s price point is replacing two stand-out sets as well, Wolverine’s Chopper Showdown and Loki’s Cosmic Cube Escape, which means that the bar is set up pretty high for this little set right out of the gate. Given that there are only two sets in the early Marvel Lineup that don’t feature the same Spider-man figure (and that trike set is just absolutely awful), is this one worth some of that hard-earned money?

This was actually the set I was most excited to pick up from the Super Hero stuff this year (at least until all of the Summer sets were revealed). On the DC side, the only set I really care about is the Penguin riding a big duck set, otherwise it’s just minifigs. On the Marvel side, we get Hulk Lab Smash (which I’ll be reviewing soon as well), and then three not-exactly-awesome-looking Spider Man sets.

This set was all about one minifig to me, Red Skull. He was an awesome villain in The First Avenger, underrated in the whole mix of Marvel Movies (it’s easy to remember Thor and Iron Man, but Captain America seems to get lumped in with Hulk and sort of forgotten). I know I rag on some sets because they’re focused so much on Minifigs, but I’m not above things like that myself, and this set was all about that one guy. 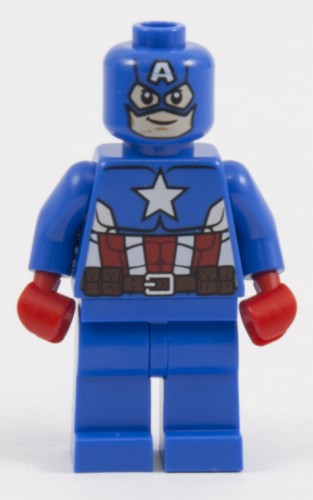 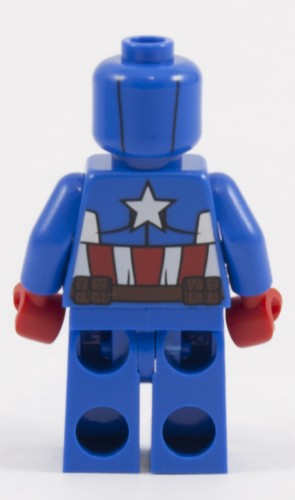 It is a Captain America set, though, so he’s the star of the show, so to speak. This isn’t the movie version, it’s the cartoon version, so I’ll have to rely on someone else to tell me how accurate it is (never watched any of the Avengers cartoons… I’m just now getting around to Clone Wars). The one complaint that jumped right out for me is that the printing on this version is kind of a step backwards for LEGO, where the flesh tones aren’t thick enough and the color bleeds through. It’s been a problem on other sets, but one that had been solved for the most part. Why it suddenly started up again is anyone’s guess. 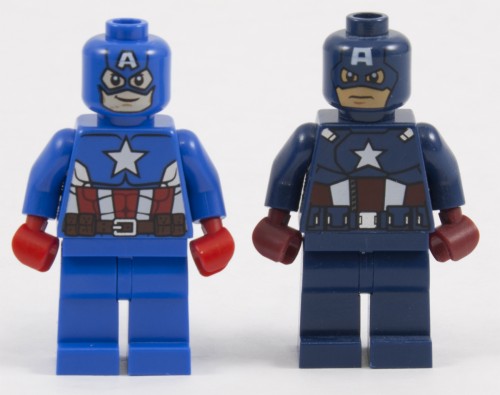 There’s pretty noticeable differences between the movie outfit and the cartoon one beyond the darker printing. The torso is shaped differently, the star is bigger, and apparently the cartoon has been great for Cap’s abs. The color issue I mentioned earlier is very apparent when they’re side by side (cartoon cap needs more sun). For my money, I prefer the movie version from The Avengers lineup, but those sets are mostly retired at this point, so you’re going to end up paying extra if you haven’t gotten them before. 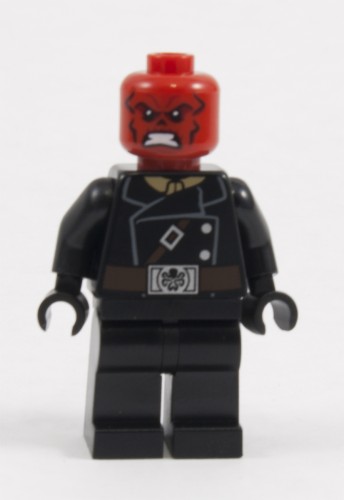 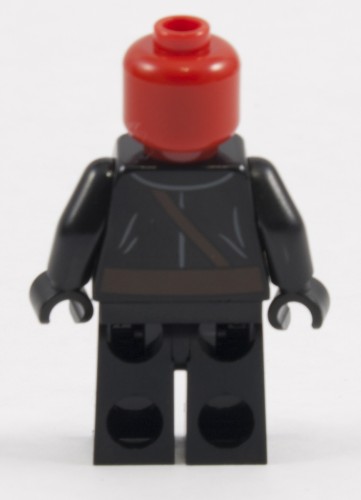 Like I said, Red Skull is the whole reason I got this set. Strangely, this is not my first exposure to his costume for Avenger’s Assemble, as I own the Marvel 3 3/4″ figure from the same cartoon. That version features a nice jacket and a hat; the hat would have made this figure all that much more awesome. Even without it though, it’s still a good figure, and it’s nice to have a villain that’s not Loki (at least until I get a Thanos figure and start screaming shut up and take my money at Lego). 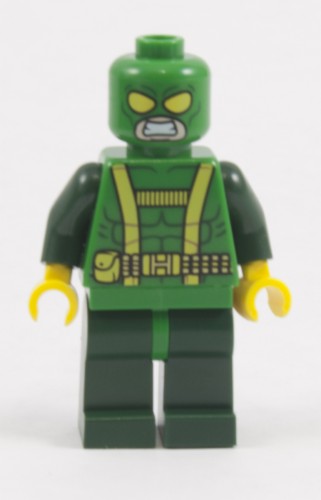 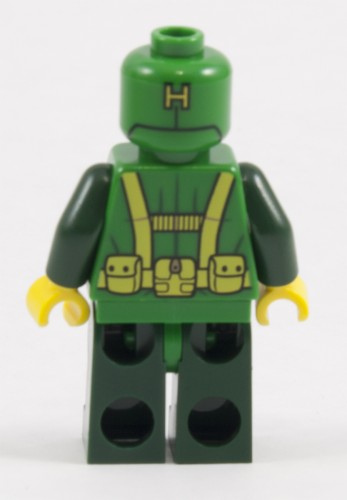 The Hydra soldier is what I hold out irrational hope of showing up in a polybag or something like that. Comic book sets, especially Avengers comic book sets, need more minions to smack around while making “wham” and “pow” noises. The DC line has been a lot better at giving us minions, while the Marvel sets have focused more on the baddies. We got the generic baddies in The Avengers sets, but since then, we’ve only gotten baddies (even in the Iron Man 3 sets which only came with a single Extremus soldier and way too many Trevors).

As a figure, this guy is just great. The classic green look for Hydra soldiers and the nameless masked guy just scream to get multiples. These were basically the cobra troopers or stormtroopers for guys that only existed to be targeted by the heroes, and that’s always fun. In other words, we need more of them! 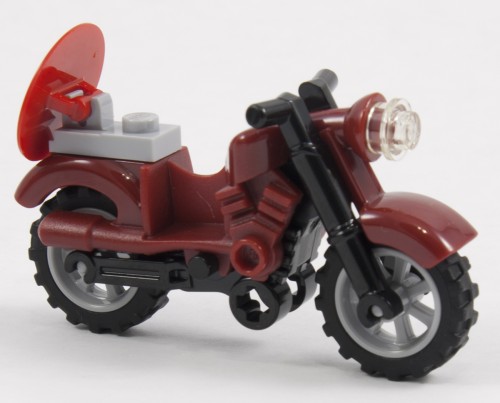 One of the biggest knocks on the original Captain America set, which was a $13 set in the Avengers line, was that Captain America would never ride a super bike like was in that set. He rode Harley-style bikes, being Captain America and all. This set rectifies that by giving us a dark red bike in the proper style. This is the same bike that came in Wolverine’s Chopper, just in dark red. It’s not quite the same as the same color bike that came in the Monster Hunter sets, since that one had trim colors (either dark red on black or black on dark red). The only real addition to it is putting a clip on back for the shield, which I guess is sort of a compromise, since there isn’t an easy way to hook it on his back or the front of the bike (where it typically is in the comics or the movies). 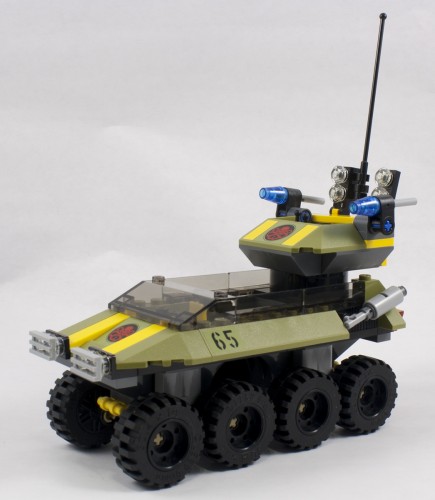 We had a discussion about this thing in our chat room when I was first putting this together. I thought it was closer to a half-track (though lacking the tracks), others thought it was an ATV. It’s really closer to a trooper carrier, just missing the parts to carry troopers. It’s not a bad little build, even if it’s small just because of the size of the set. 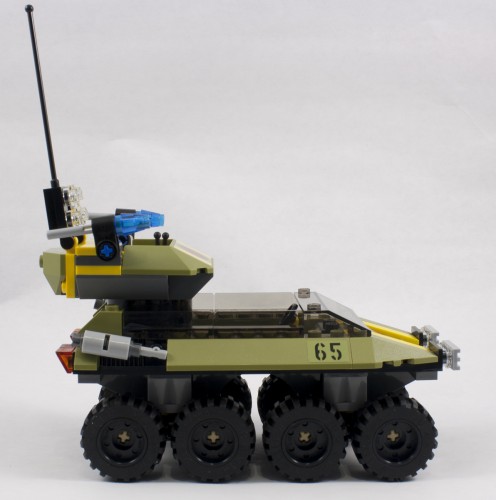 You do have to love the big olive green slopes. I think we can all agree that you can’t have too much olive green, and the castle builder in me likes that slopes are starting to show up so I can make roofs that are something other than blue/red/black. Assuming I ever actually built. Most of the bulk in this build goes into the wheel base and the gun turret that’s on the back. There is an interesting little flare on the back, some exhaust pipes that’s basically some technic pins and a tube stuck on a fire nozzle pistol. 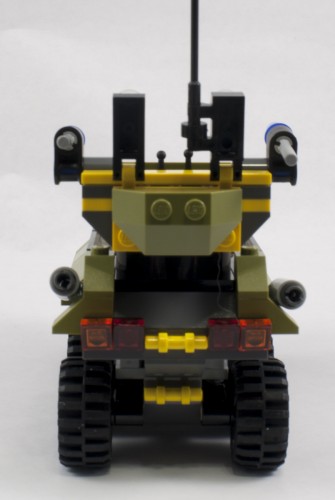 Of course, you do have to love those Hydra stickers, though it’s unfortunate that they’re on an olive-green backdrop, since that limits their use in other MOCs (unless you add some olive green). I would have loved to see it on transparent, so we could be building big Hydra jets and flying wings, and put together some proper Captain America stuff. There are a couple of flick-fires, since I guess the Star Wars stuff had the exclusive grab at the new missiles for now. Maybe because the projectiles are all transparent, so they’re lasers, but Hydra grabbed the Tesseract to make energy weapons, so you got me.

That’s really all there is to this set. The truck is decent, though not as big or really as nice as the Shield Truck in Loki’s escape. It does have some really promising parts, especially in the olive green slopes and stickers, and the bike is a great touch that has typically been a fairly expensive part to grab on the aftermarket. The set could have been better, but it’s certainly one of the best of the lineup this year, and you won’t feel bad about dropping the money on this and having fun with Red Skull, and hoping that Avengers Assemble expands to a whole lot more characters. After all, pretty much everyone has been an Avenger at some point in their superhero career.

Verdict: 4 of 5. Much like Wolvie’s Chopper and Loki’s escape, this set is defined by the price and the minifigs. And given how many people wish they would have bought those two sets now that they’re gone, it’s worth picking this one up.

You can grab 76017 Captain America vs. Hydra right now on Lego Shop@Home. It, and the rest of the early-2014 Super Heroes sets, were released on March 1st. 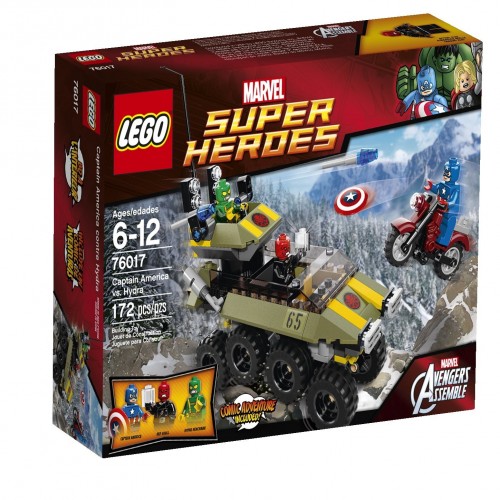