The last planet in series 3 takes a detour away from the central film of the PT trilogy to visit the much stronger second film of the OT as we hunt for what is arguably the most infamous ship (at least in the mind of one smuggler) in the Star Wars universe.
Let’s see if this set sends series 3 out with a whimper or a bang. I still remember how hopeful I was when this set was announced. It seemed like a golden opportunity for LEGO to produce a large molded asteroid that could possibly be used in future sets. They had already done so with the Death Star and a that required two separate molds where they could get away with one here and like the normal sphere just double it. Change it up a bit and it could be used as a rocky base or a full boulder in any number of sets and themes. My disappointment when the reveal came was crushing and I was left feeling cheated and baffled at LEGO’s “planet” on this one. Still, you can’t dwell on what could have been forever and the decision needs to be made when the product hits the shelf. Basically, it could have been worse. As I said in a previous review, LEGO could’ve taken the lazy route they did with the two random swirly planets and given us a black ball with random speckles splashed over it. It’s a nice print, but it still seems like a ridiculously baffling choice to represent an asteroid field in a series called planets. I will say that the more useless a part seems, the more impressed I am when someone finds a way to use it really well. In this case I think I’m going to be waiting for a while. Again… the stand. Moving on. Series 1 capped off with the TIE Interceptor and I did like that one despite it’s flaws. Here we are with another specialty TIE and I have to say I like this one too. The fantastic printed cockpit dish makes a triumphant return on this second offering of TIE and it actually makes me hope for more TIE variants if this thing keeps rolling. Speaking of rolling, if they made a TIE Crawler (which I didn’t know was even a thing until the seemingly unpopular LEGO version popped up) I could get another sweet printed dish and a bunch of those sweet chain links too boot. The new R5 head piece makes it’s set debut as an unprinted part and really adds to this sets appeal as a mini parts pack that might make it worth picking up multiples on sale (and who wouldn’t want more asteroid fields?). The model is solid and I think it really captures the shaping of the old 4479 TIE Bomber set (sans the comic-colouring blue) which I think is fitting and it should keep those that claim sets don’t have the proper “LEGO aesthetic” at bay. You could never capture all the colour detail at this scale, so don’t worry about it and move on to more important things. I love that they kept THE EXACT SAME WING DESIGN as the TIE advance mini from a decade ago, but actually fleshed out the rest of the model in a much more satisfying size and style. The square to round shaping of the pods with the mish-mash of different textures thanks in part to the grilled 2×2 round bricks and the tapering of the truncated cone at the end really works as an attempt to deal with detailing. Hey look! Another unique figure we didn’t need. What was wrong with the TIE Fighter Pilot from the two sets it appeared in last year with a torso that was still good enough after flying nearly every TIE under the suns for more than a decade? Seems like another waste to me. If they really thought they needed new prints, why not on the two sets last year? Then we could already have a few of the new print, but now you’ll need multiples of this if you want to get the new shiny, unnecessary version. Not cool LEGO. I have about a half dozen of these guys (probably more) and now one of these things is not like the other. The worst part, I really like the new torso. It seems sharper as the newer prints tend to do and the tubes are a much better size. I shake my fist in your general direction LEGO, or at least I will… just give me a second to get my bearings. There we go. *Shakes Fist* Vedict: If you can see past the ‘roid rage, get it. I actually almost didn’t, but it went on sale for 8 bucks just weeks after release here. Not the whole series, just this one. Yeah, think about it. I don’t know what I regret more, not buying an extra or the fact that I want to in the first place. Series 3 was a tough one with no real stand out that dazzled me on all three fronts and while this entry isn’t a whimpering exit, it’s no bang either. I look forward to series 4 and the possibility of sniping a review or two out from under the boss when he’s not looking. Like I did with this one. Shhhhhhhhhh! 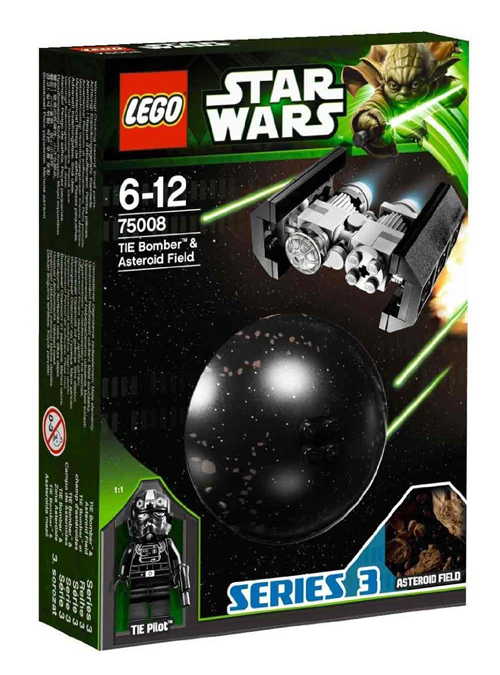