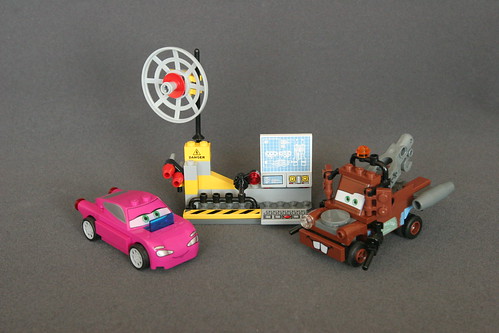 There isn’t much to say about this set, good or bad. It’s just sort of blah. 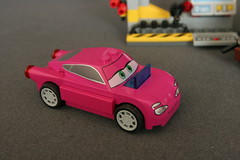 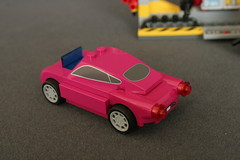 The set is designed around a scene where Mater is outfitted with cool new gadgets and weapons a la James Bond. Holly Shiftwell is present; I guess she’s supposed to be Q if we’re going to continue with the Bond metaphor. Mater comes with guns and some jetpacks, and a new eye deco. Holly looks pretty much like Sally from Flo’s V8 Cafe set, except in magenta. I guess that’s to be expected with a limited set of new parts: the minicars will end up looking like they’re the same model in different colors. 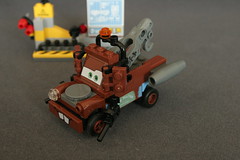 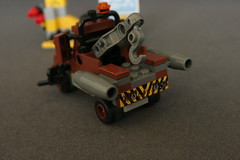 The only other remarkable thing to mention about this set is that, oddly enough, I got a spare wheel and tire in the set. We’re all used to getting the odd 1×1 plate, or tile, robot arm, or cheese slope, but in all my years of putting together LEGO sets never have I gotten a whole wheel and tire assembly as extra elements. 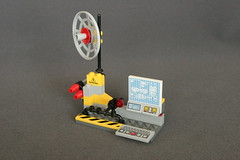 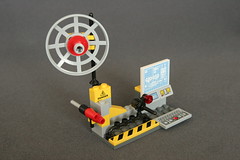 What I liked: An inexpensive way to get Holly. This set’s MSRP is only $14.99. The only other sets she appears in is the $69.99 8639 Big Bentley Bust Out and $49.99 8638 Spy Jet Escape. It’s also one of the few sets where the background scenery props don’t feel like a second thought; they actually make sense and belong in the scene, something that can’t be said for a lot of others. It’s also one of six sets priced at $19.99 or less so I give LEGO big props for making a lot of sets affordable. You do, however, get a few extra weapons that you can swap out with Mater’s guns which actually adds a bit of a play feature in an otherwise boring set. 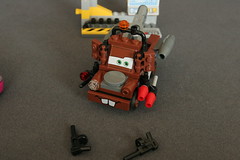 What I disliked: It’s a boring set and nothing about it screams must-have. If you’re bent on getting all the minicars, you can probably skip this one and go straight to Big Bentley Bust-out or Spy Jet Escape since those sets include Holly and Angry Eyes Mater and have more minicars that aren’t available elsewhere. The trans dark blue panel used for her visor in this set isn’t exactly unique either.

Verdict: Skip it. But hey, it wouldn’t be a review without a link to Amazon. 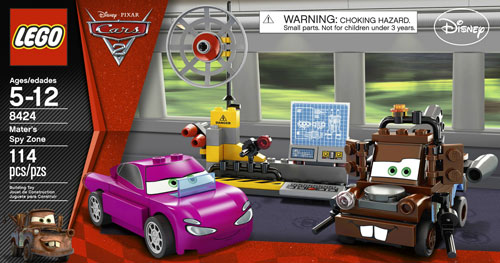