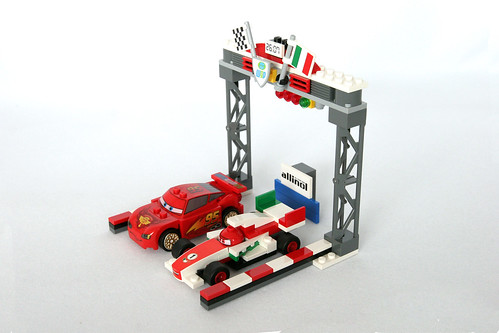 At first I thought this was going to be just another ho hum set with very little redeeming qualities but it does have one saving grace that I can’t say a lot of other Cars sets have.

8423 World Grand Prix Racing Rivaly is a small, simple set. It is a Target stores exclusive and one of three Cars sets that are priced at $14.99 making a good selection of Cars vehicles affordable. Each of the three sets comes with two vehicles so siblings can share, race, and play together. 8423 pits Lightning McQueen against his rival Francesco Bernoulli. 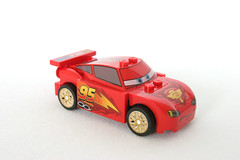 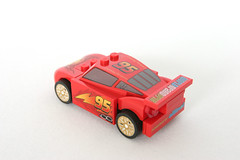 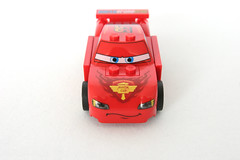 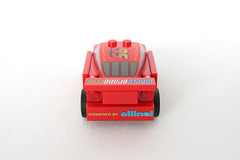 Lightning McQueen is not exactly unique to this set being also available in 8679 Tokyo International Circuit and 8639 Big Bentley Bust out. He has a more determined look in his eyes from other versions of him along with a ‘Powered by Allinol’ bumper and ‘World Grand Prix’ print on his spoiler. He also features gold rims which is a mistake as he had red rims in the Grand Prix races. 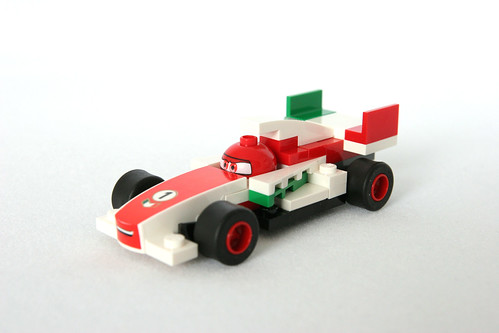 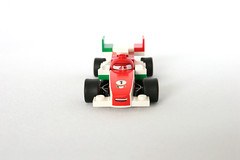 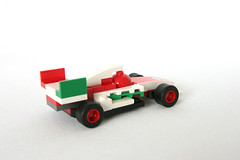 Francesco Bernoulli appears here and in the much more expensive 8679 Tokyo International Circuit set. There’s not much to say about Francesco’s build other than he looks spot on to his film counterpart and, dare I say it, even a better and more accurate model than 8678 Ultimate Build Francesco set. 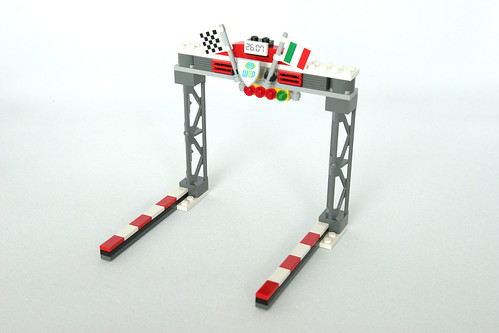 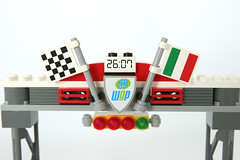 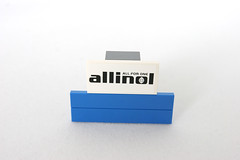 The building components of this set consist of some sort of Allinol sign and a gate. The Allinol sign is pretty pointless to this set as it doesn’t seem to serve a purpose, not even as a sign if its even that. The gate build isn’t anything to write home about either but it does act as a frame for the whole set.

What I liked: Francesco Bernoulli is a nice little model, Almost on par with Mater with fewer pieces despite the fewer pieces and simple build. 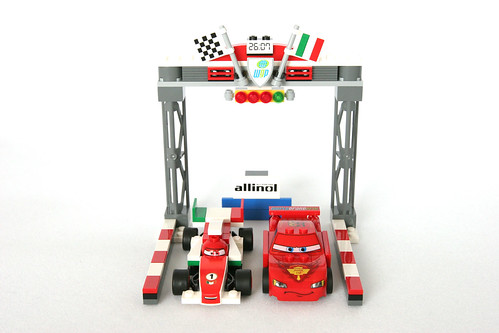 Now, I wasn’t completely sold on the merits of this set until the next morning when I came downstairs and saw the set sitting on the table from the build session the night before. It actually makes a really nice display piece representing the best part of the movie with the two rival minicars in the lane under the gate. Unlike all the other Cars sets (save for the excellent Mater), this is one set I made a space on my shelf for to keep on display. 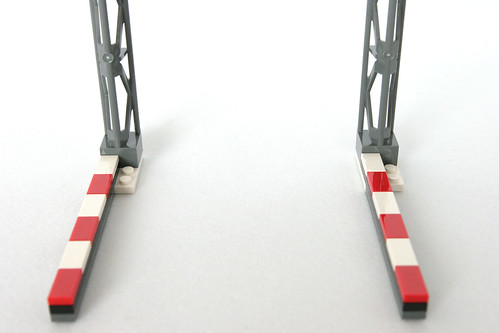 What I didn’t: Not a lot wrong with the set but the gate has a strange build at the base of the two supports. The long plates are constructed the same way and not mirrored off of each other as you would expect. An easy fix but still strange nonetheless. Also, I wish the gate was built on a baseplate keep it upright during play, and to make displaying the minicars easier.

Verdict: A tad expensive for the amount of pieces you get, but you do get two nice race car minicars for the price. As a gift for a loved one, colleague, or for yourself, it’s a nicely designed set to keep on your desk or shelf. Even at full price, I recommend picking this one up.