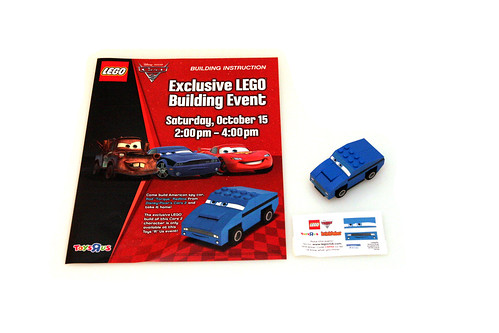 You won’t find Rod “Torque” Redline in any official LEGO Cars set. Rod “Torque” Redline is an homage to the muscle cars out of Detroit, right down to the Michigan license plate. As a LEGO set, he was a promotional item from a Toys’R’Us LEGO Building Event held on Saturday October 15, 2011. By some of the things I’ve heard and read, I should consider myself extremely lucky that my daughter and I were able to walk away with a set for each of us.

The event that I attended was a chaotic scene of parents, kids, and overwhelmed employees. Par for the course for a LEGO building event. It could have been better organized in a million different ways. Still I managed to walk from one end of the tables in the building area to the other and pick up the pieces my daughter and I needed to complete our Rods. Some elements were in short supply so in order to get those, you had to pretty much join the crowd mobbing the poor employee who did the best she could to dole out the requested elements. As a surprise bonus, if you showed your completed Rod to a different employee, you were awarded with the week 4 Bricktober magnet, the Classic Space Minifigure in black, but I’m pretty sure this bonus was restricted to our TRU.

Despite these hiccups, our Rods were complete and we left the frenzy 30 minutes later. Fellow LUGOLA member Paul Lee reported that at his local TRU store, people had walked away with bags of parts rendering any attempt to complete Rod futile, and another store canceled their event altogether because they didn’t receive their shipment of parts at all. So, yes, I feel grateful and lucky. 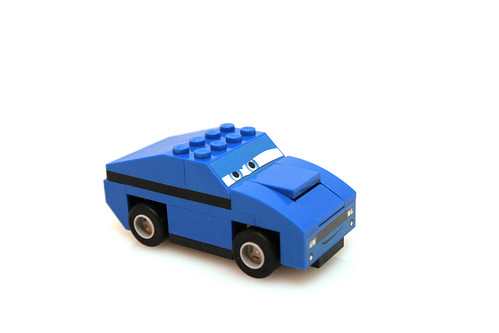 What I liked: Rod’s shape isn’t very accurate, but I think they managed to get the hood scoop exactly right. 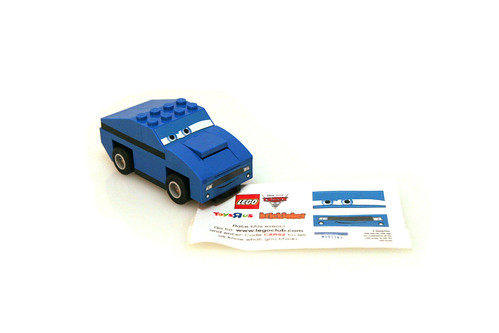 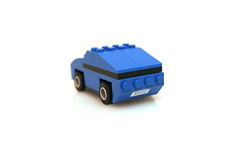 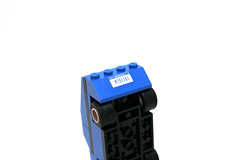 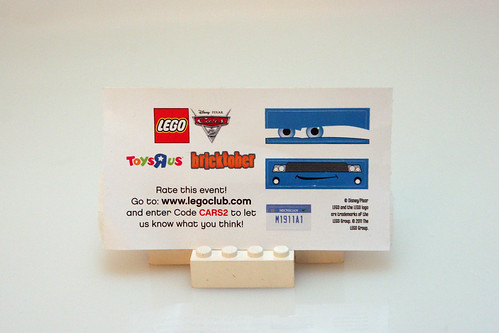 What I didn’t: The stickers on the textured slopes for the eyes and license plate probably won’t last very long in the hands of a child, but if left alone it should last a good long while. With all the other Cars minicars having printed eye elements, I can only deduce that the use of stickers was a cost saving measure but it’s a shortcut that I feel LEGO should not have taken. The license plate sticker is particularly stupid since you won’t be able to see it unless you bring your nose down to ground level. 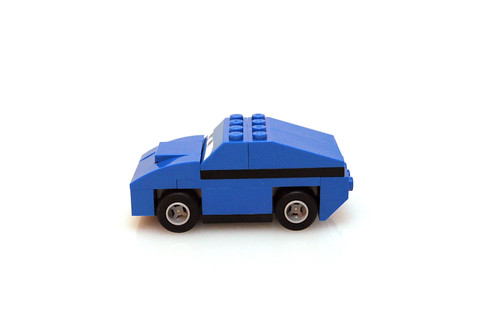 Like I mentioned earlier, the overall shape isn’t very well done. Comparing the final model with the turntable video, the front end should have been extended by a stud while the back end should have been shortened by a stud. I’d also change the rear slopes to slopes and a tile to more accurately represent the car cabin and trunk. If I’m not feeling too lazy I may try and rebuild him and see how the final product turns out. 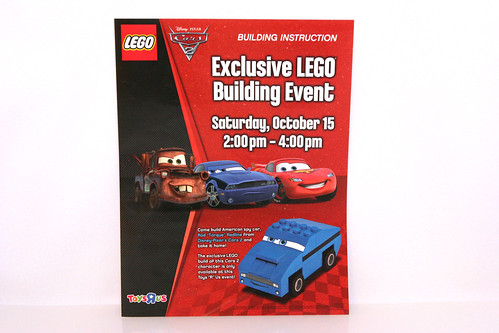 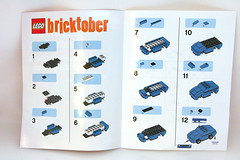 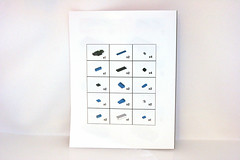 Do you want to build your own? I’ve taken photos of the parts list and instructions if you want to take a stab at it. Unfortunately, you’re outta luck with the stickers but maybe there’ll be an appropriate substitute in a future Cars set.

Final Verdict: It’s kind of a shame that Rod is so limited and difficult to acquire. LEGO needs to somehow make the sticker set more widely available so that others may get a chance to build their own Rod “Torque” Redline.