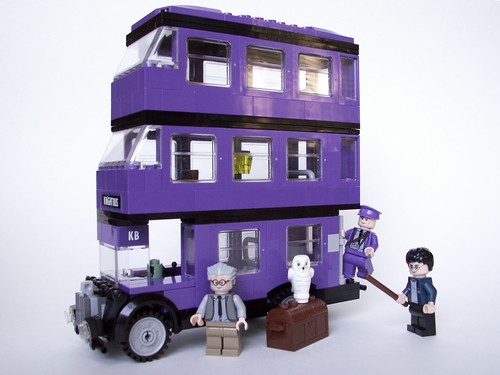 For all of its mystical wonder, the Harry Potter franchise is largely devoid of one thing â€“ vehicles. There are only a handful of iconic transports in the films, and the Knight Bus is one of â€˜em. Given the shortage of vehicular fodder and LEGOâ€™s affinity for a good set of wheels, it makes sense that there would be multiple iterations of a few transports. That said, the 4866 Knight Bus is more than just a re-release of a previous model.

First off, the figs are better than those in 4755 from 2004. The most notable upgrade is the inclusion of Ernie the driver to fill out the set (Stan Shunpike doubled as driver in 4755). The detail on these figs is superb, showing everything right down to Stanâ€™s ticket machine and the herringbone stitch on Ernieâ€™s sweater. Ernie donâ€™s the Count Dooku hairpiece, while Stan has only the hat. Harry is the only fig with dual face printing. 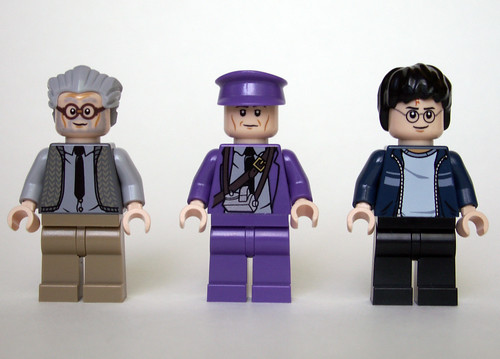 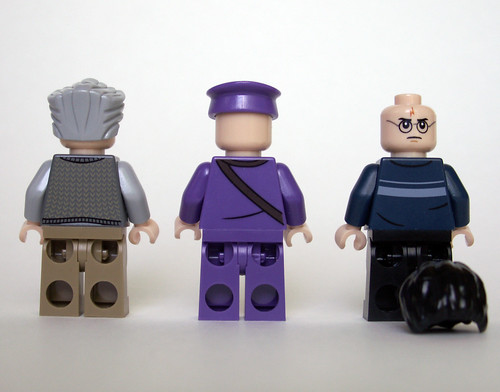 Though not quite a minifig, this set also includes an actual Dre Head shrunken head piece, another upgrade from the first Knight Bus which merely depicted the shrunken head character with a print on the windshield. While itâ€™s nice to represent a character with its own piece, the printed cylinder seems a little generic and maybe doesnâ€™t capture Dre as well as the printed windscreen. You decide. 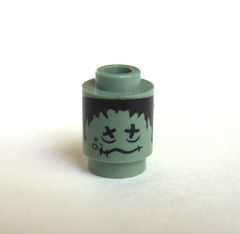 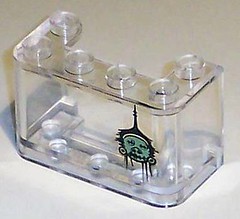 4866 also differs in design from its predecessor. The bottom floor features a sliding bed, something that was built into all three levels on the first Knight Bus model. Here the upper tiers are built without a floor, which allows room for a swinging chandelier. While it cuts back heavily on seating space, itâ€™s a nice touch that distinguishes it from the previous incarnation. 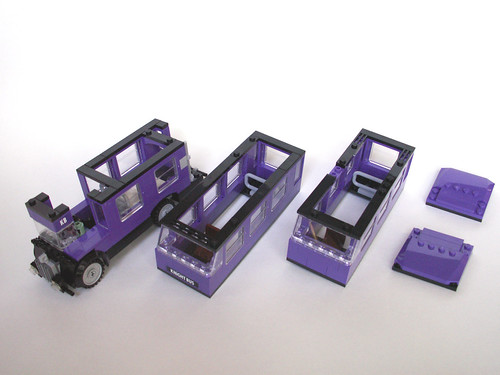 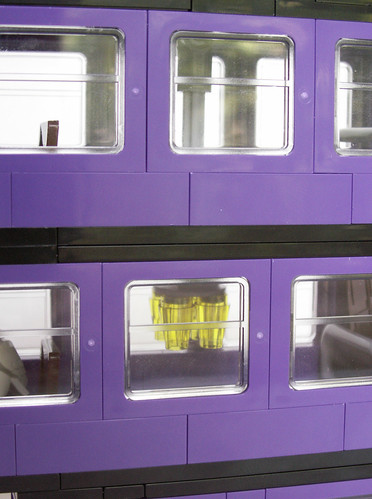 Lastly, a note about the build and parts. Not much to the build. Once the chassis is together, you build a box, put it on top, repeat. As far as parts are concerned, this set is definitely a step up from its predecessor. The manufacturing process in 2004 made color-matching difficult, thus many fans ended up with a Knight Bus that looked like it had been paintballed with blueberries. Now that the color-matching issue has been ironed out, there ainâ€™t nothinâ€™ but sweet, velvety purple here. The most exciting purple parts are several 1×4 tiles and 4x6x2/3 curved wedge panels, but there is a healthy helping of bricks and window panels, too. You also get several black tiles of various lengths and a handful of 1×4 modified plates w/ 2 studs in black. 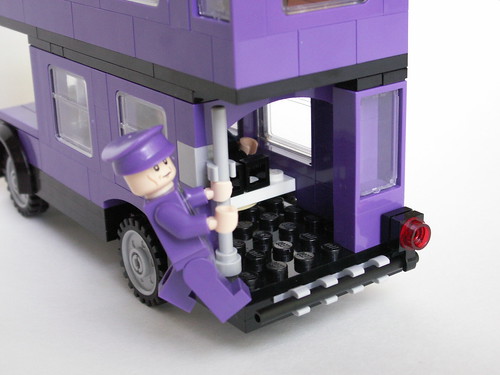 What I Liked: Superb minifigs, some nice parts, plenty oâ€™ purple, and the finished model looks good. Not quite movie-accurate, but very well-done for the scale. Thereâ€™s enough meat here to entice fans outside of the HP line and enough variation to warrant a new purchase for those who have 4577. Also has more parts and less scenery than the 2004 bus, so brick-for-brick itâ€™s a more substantial model.

The price. Given the trends with licensed sets these days, $35 for < 300 parts doesnâ€™t quite feel like a rip-off, but many of those parts are conventional bricks. Does it really cost that much more to make purple parts?

The cab design. My one quip with the finished model is that the front of the cab is too boxy and doesnâ€™t look enough like a 30â€™s style pickup or roadster, and thatâ€™s the one place where the 2004 model beats this one out.

Verdict: Definitely worth picking up to fill out/complete your Harry Potter collection or as MOC fodder.