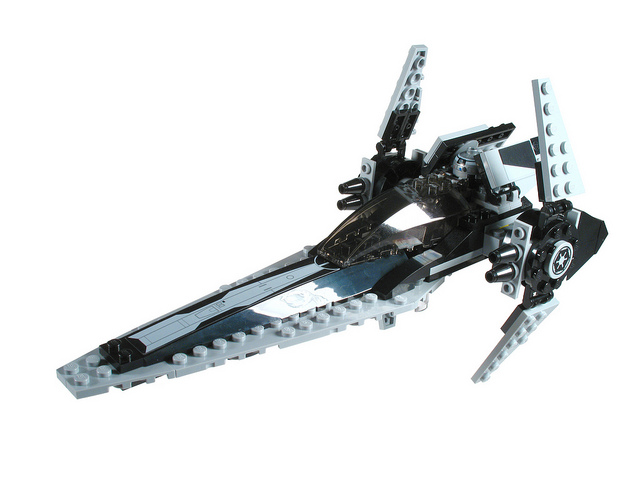 Ah, the V-wing. Two seconds of screen time is more than enough to warrant a set, and then apparently a redesign with a different color scheme a few years later…

That’s right. Back in 2006 when Revenge of the Sith was fresh in everyone’s mind, the Republic V-wing made it’s debut. I don’t have one on hand to compare head to head, but I remember it being pretty disappointing to me in every aspect but price. Thankfully I don’t have to rely on my memory because Ace’s review of that set is right over here. The short version: it got a bit better, but the upgrades came at a steep price. 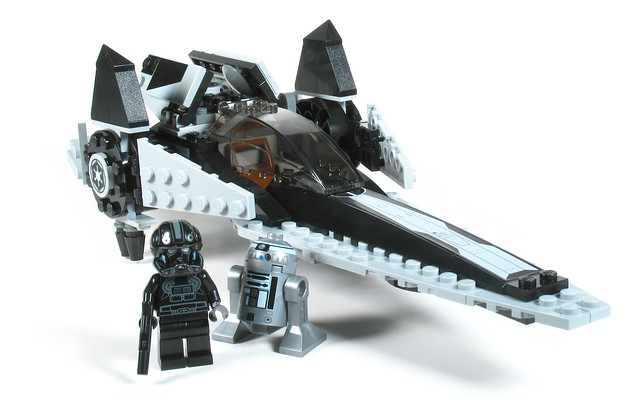 Value: Retail on this is $19.99. Even with various improvements and the pair of fantastic minifigures, that’s twice the price as the first version and in all honesty I just don’t feel like it’s twice the ship. It’s only around 20 more parts than before and it isn’t substantially larger. Despite being the cheapest non-battle pack set in the current lineup, $20 just feels like a lot to ask. $15 feels like a more appropriate price point for this little ship. $10 would be ideal considering the precedent, but that’s unrealistic considering the recent prices. 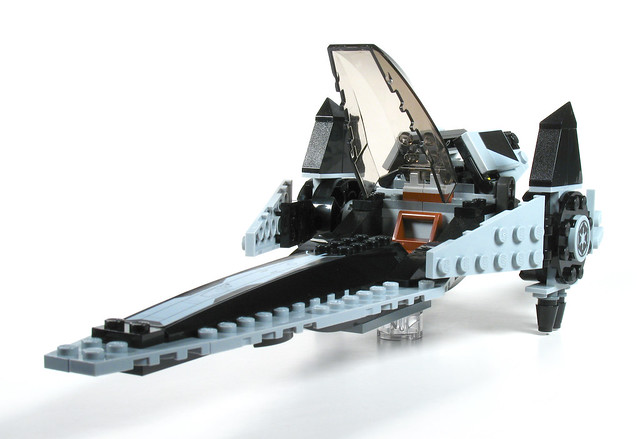 Build Quality & Play Features: I think he best way to go into this is to break it into three parts…
The good: The body isn’t a flat stack of plates like the old model. The new canopy makes it sleek looking and it actually opens like it should. I did not anticipate the Technic gears to rotate the wings from landing to flight positions, that was a nice surprise. 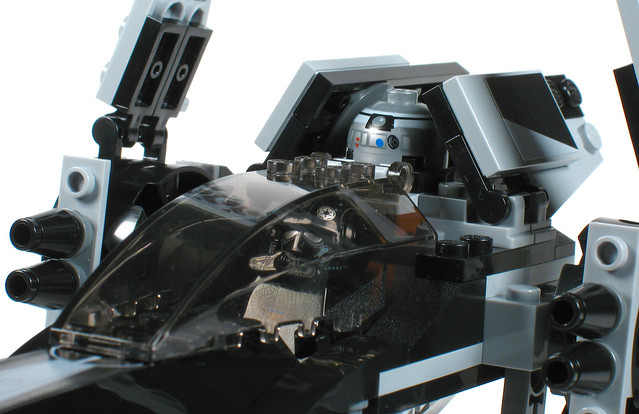 The bad: Unfortunately, the rotation is real loose, and without click hinges on the wings it’s maddening to keep the angles balanced. Also, I thought the astromech had a socket to fit into behind the cockpit. Discovering that the way they accomplished this was just sticking the dome on the back was disappointing to say the least. I’ve never liked that lazy solution on starfighters, but at least it looks OK and you got the full droid in this set. 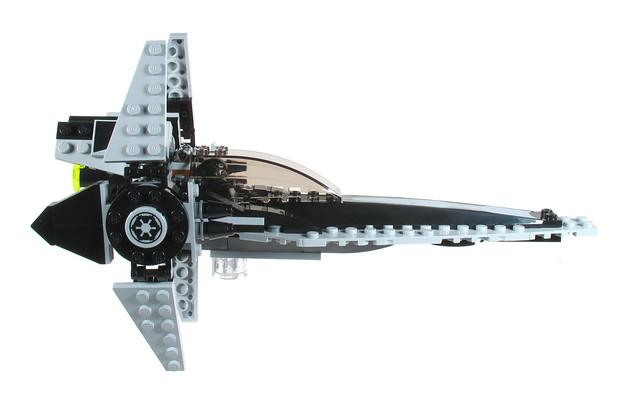 The stupid: I can’t decide if the “landing gear” on this is better or worse than the previous version. Instead of random inverted slopes on the underside, you get a clear 2×2 round brick. It just feels lazy and cheap. 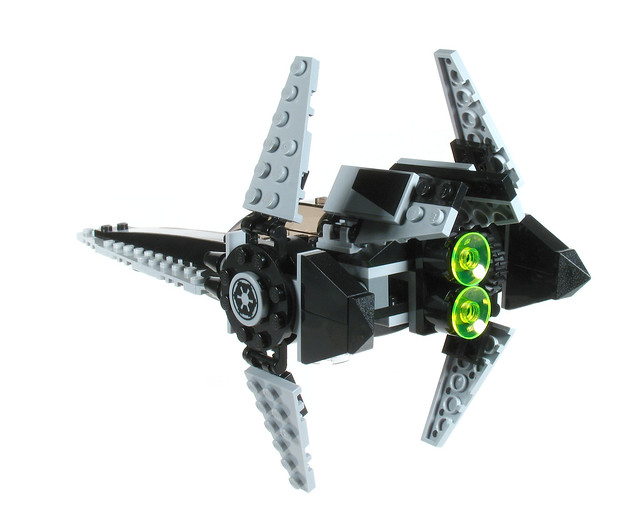 Swoosh Factor: There isn’t any secure place to hold onto, and if you try to use the Technic gear on the back to spin the wings you are probably going to drop it. Expect to lose a wing or three when you do.
Accuracy: It’s hard to say thanks to the obscure nature of the ship. It’s not like the X-wing or TIE Fighter where everyone knows what it should look like and if this detail or that is off. Given the limited reference material and other toys available it looks a little bit elongated and thin in the nose, but the overall the shape is OK. The wings should be wider and offset more than they are too, but the rotating mechanism for landing is true to the description where the previous model had them fold down instead. I like that you can see the strong influence from the Sith Infiltrator – and other unlikely ships if you get creative… 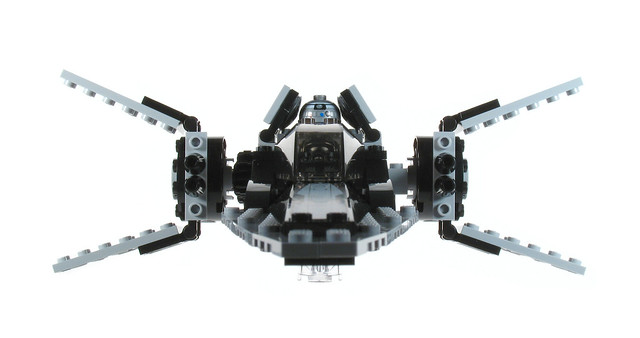 But I don’t think they had this in mind when designing it. 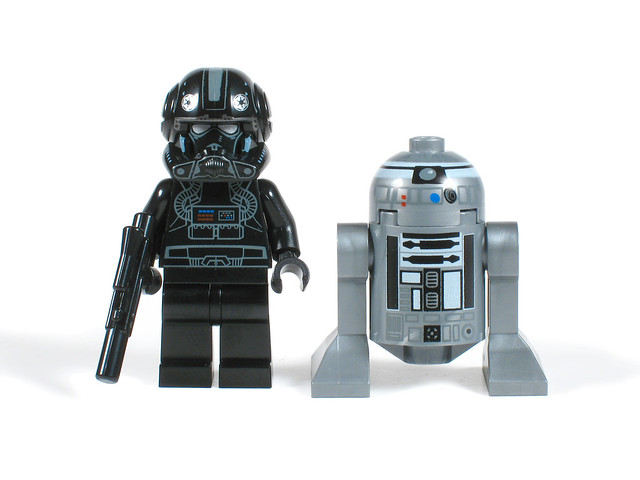 Minifigs: Without a doubt, the minifigs are the main draw to this set for me. R2-Q2 is molded in pearlescent/metalic silver with black and white themed classic style astromech printing. The striped bands on the dome are perfect. That is one slick looking droid. The Imperial Pilot is nothing to scoff at either. Hidden under the open faced helmet is among the coolest looking heads to come out of Star Wars. The torso is similar to the previous V-wing’s pilot, with a little extra detail and done in black of course. 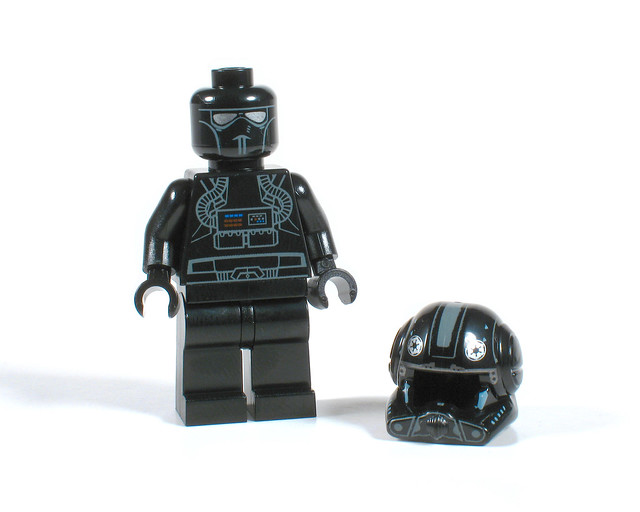 Summary: I really wanted to rate this higher, but given the cost I just can’t do it. It’s not a bad ship by any means, it’s just overpriced. Including those two figures in it almost makes it worse. If it weren’t for them I could dismiss the set with ease. But since it’s probably your only chance to get them I’d say it’s not worth passing up. Just wait for a sale or try coning someone into buying it for you.

Images used in this review: