I’ve never been a big fan of the Clone Wars style figures, so it’s hard to believe this is my favorite battle pack so far. Apart from one real gripe (and my typical hatred of the unbearably ugly clone face) this almost qualifies as “perfect”.

First, lets get a good look at the figures… because honestly, that’s why we buy battle packs: 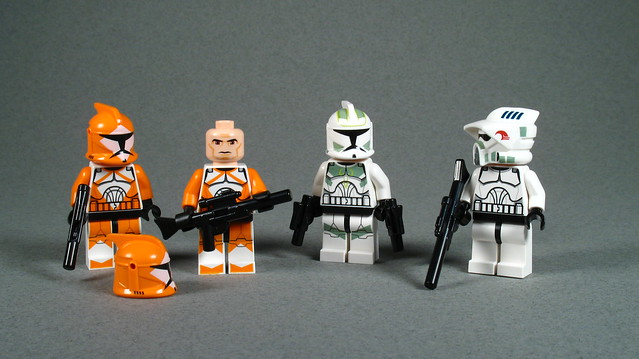 Starting on the left is a pair of Bomb Squad Troopers, showing off just how good orange looks on clone armor (and why I prefer to leave the helmets on). They remind me of the Utapau Troopers from Revenge of the Sith which I always liked, and they’ll definitely stand out from the crowd of white helmets in anyone’s collection. Next to them is a sand green highlighted Clone Trooper, with a unique paint scheme on the helmet torso and legs. Excellent for variety. On the right is the ARF Trooper in his slick proto-BikerScout helmet with asymmetric markings and more sand green highlights. A little disappointing that the torso is generic white armor and more so that the legs aren’t even printed, but it’s still a very respectable trooper in my book. The weapon selection is also very nice: two rifles, a standard sized blaster, and two sidearms. All your bases are covered. So that’s the meat of the battle pack, what’s left is some trivial vehicle to build just so Lego can still sell it as a construction toy right? 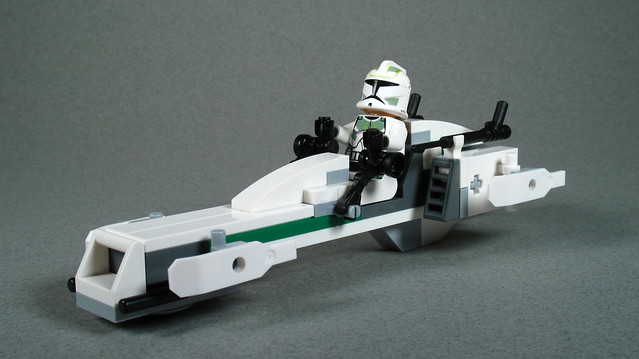 Wrong. Instead of some awkward walker or generic spindly speeder bike & rock to hide behind, you get a solid, well designed BARC Speeder. So well designed in fact that they included one in another current set (I can only assume to make up for the lack of any other redeeming factors in that one, but that’s for a different review). 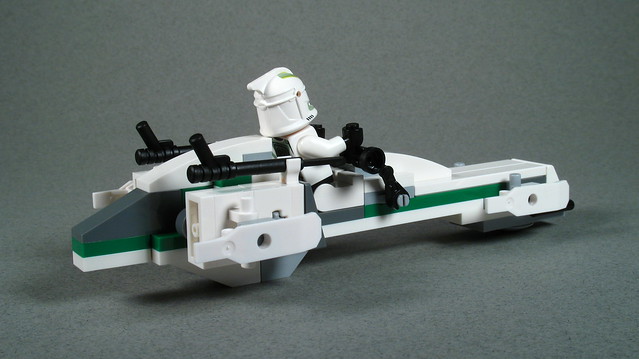 The green highlights look nice and use basic elements to easily swap out to better match with your favorite squad. Parts wise I don’t see a lot of alt model possibilities, but it’s a nice spread to add to your collection for future models. 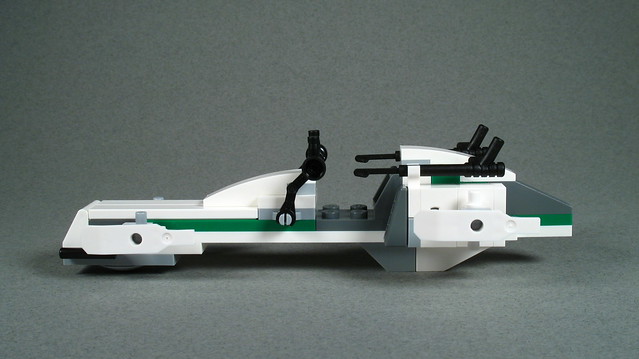 All together it’s a well proportioned little speeder, and I genuinely have no complaints about it. You really get your $12 worth here. The only change to the set I would have pushed for would have been four unique new troopers instead of three with a stunt double. These things are meant to be bought several times over, and really, how many Bomb Squad Troopers do you need to have? Are they that bad at their job? 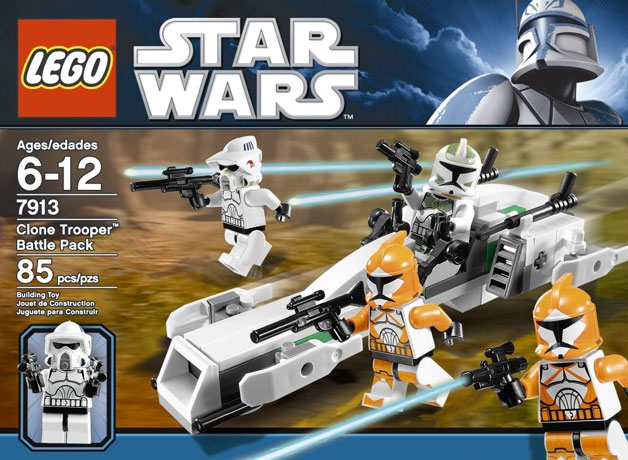