This scene by baronsat isn’t just a great build filled with nice customizations and excellent parts usage, it’s a an exciting homage to the silver age of comics and a walk down memory lane for this long time comic book guy. If you know nothing about comics you might think this fellow is the Space Pope due to the big hat and fancy duds, but you’d be wrong. The Space Pope is a lizard, dude.

This creation is the coming of Galactus.

Fantastic Four #49 was smack in the middle of one of the longest collaborations in comic history. Stan Lee & Jack Kirby created the stories and art in a monumental 102 consecutive issues and before Kirby left Marvel comics in the mid 70’s the duo created some of the greatest characters and storylines in comics. Before the Fantastic Four, superheroes tended to be one dimensional with villains that had no depth and no motivation beyond greed or simply being an evil cliche. Doctor Doom, Black Panther, The Kree, The Skrull, unstable molecules (my personal favourite and a much needed explaination in comic lore), Silver Surfer and his world eating master Galactus were just a sample of the long-lasting elements the true dynamic duo created for the rich history of the Marvel Universe. Galactus was less of a villain and more of a force of nature that the Fantastic Four faced on many occasions despite the fact that the cosmic behemoth was meant to be a one off villian in the three issue run. I was six when I first saw a copy of Fantastic Four #243 and the sight of them fighting this crazy giant along with Iron Man, Captain America and Thor was all I needed to convince me I had to start reading more than just Thor, Hulk and Superman comics. 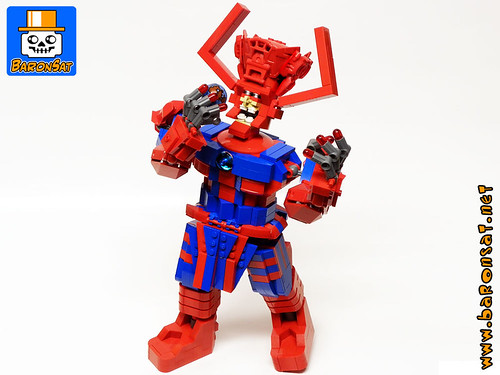 Reading Fantastic Four was kind of like a gateway drug it introduced me to so many other great comics, some through cameos in FF and some through the search for more issues to fill the gaps in what I’d read. The quest for comics led me to unpopularity on the playground, a closet literally filled with issues and a life-long love affair with the illustrated page. Up until that point I thought Spider-man was just a TV character, needless to say those small screen offerings quickly took a back seat to the dynamic storylines and multi-layered characters that leapt off the pages of Marvel Comics. I’ll Admit to anyone that I’m a Marvel Zombie, but that doesn’t mean I haven’t read more than my fair share of DC Comics and pretty much anything I could get my hands on.

With only one comic shop in town my main source of back issues was garage sales and flea markets, but what a source it was. You could find anything back then and the stacks you could come home with were as ecclectic as they were beautiful. In the same pile on any given table you could find Wonder Woman, Beetle Bailey, Howard the Duck, Sgt Rock, Heckle & Jeckle, Hulk, DC Team Ups, Richie Rich, EC Horror, Conan the Barbarian, Shazam!, Rom the Spaceknight, Weird Western Tales, Uncle Scrooge and if you were lucky some old issues of The Invaders or Challengers of the Unknown.

My mother took me to see a matinee of The Goonies in the summer of ’85 and afterwards we walked across the street to the local flea market that set up in a mall since the stores were all closed on Sunday. There was less than a half hour until it closed and one of the vendors had a huge two-four Molson Canadian box that was over-flowing with comics and he said he’d let the whole thing go for twenty bucks. My mom gave him five. On the bus ride home I was digging through the box getting more and more excited as she kept telling me to wait until we got home, halfway through the trip she gave up and I was off to another world. I found The Incredible Hulk #215, Marvel Premiere #59 Staring Tom Baker’s Doctor Who, Thor #337 (the first appearance of Beta Ray Bill), the entire run of Camelot 3000 and Fantastic Four #51 “This Man… This Monster!”. That night we had grilled cheese and bacon sandwiches and watched a Doctor Who marathon on PBS while I ripped through that box of comics. It was like my first geek christmas and with the exception of Camelot 3000, I still have those issues to this day. 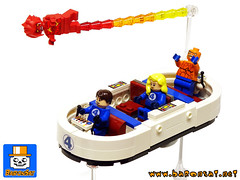 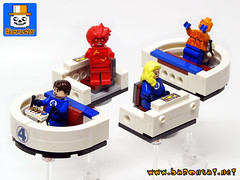 Scenes like this one no doubt seem goofy to some, but works like Watchmen, The Dark Knight Returns, Invincible, Hellboy, The Killing Joke and a pile of current super hero movies wouldn’t have come to pass without the introduction of flawed characters and complex arcs that transcended the printed page and fired the imagination.
Ones just like “The Galactus Trilogy”.