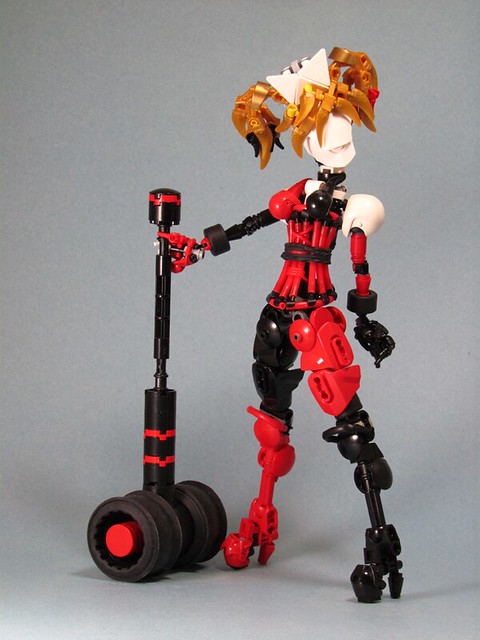 LEGO’s Super Heroes Unite! Contest has inspired Flickr user retinence to create a Bionic Harley Quinn. Harley has always been a favourite of mine for not only the obvious reasons, but because she was such a perfect sidekick for the clown prince of crime on Batman: The Animated Series that she was adopted into the comics. This rendition captures her attitude perfectly and takes some great features from multiple looks Harley has had.

“If you think Arkham’s scary as a doctor, you should try it as a patient.”