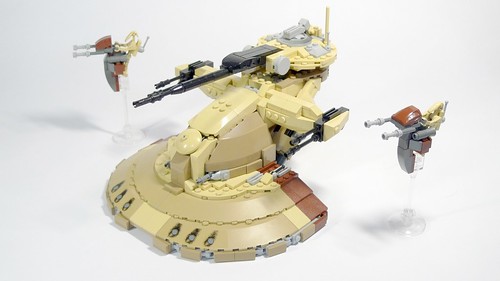 There are very few sets that have not been redesigned since their debut, and fewer that stand the test of time. The AAT is one such set but that didn’t stop Stephen Chao (obscurance) from creating one on his own, and the result is outstanding. Wouldn’t you agree? His model is much beefier than the official design, and looks like something LEGO would release to match their redesigned MTT set from a few years back.