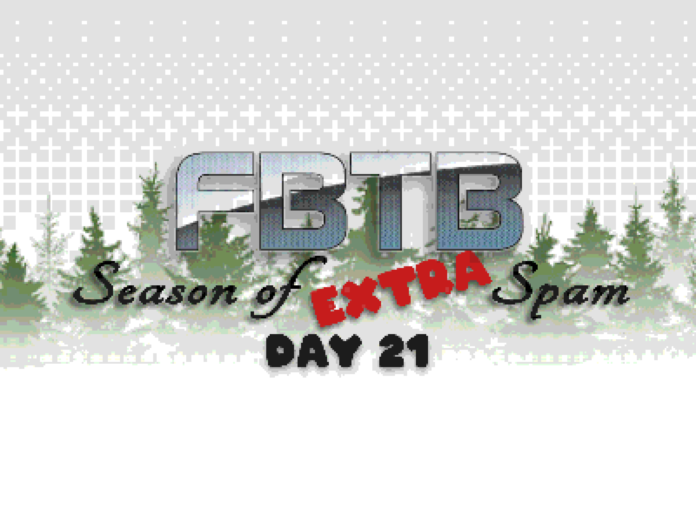 It’s basically Christmas by now. Honestly, I’m just impressed that there are enough variations on Space Marines to fill 24 days. And also impressed that Eric hasn’t gotten tired of hot sauce yet. (Just kidding, he definitely has.) 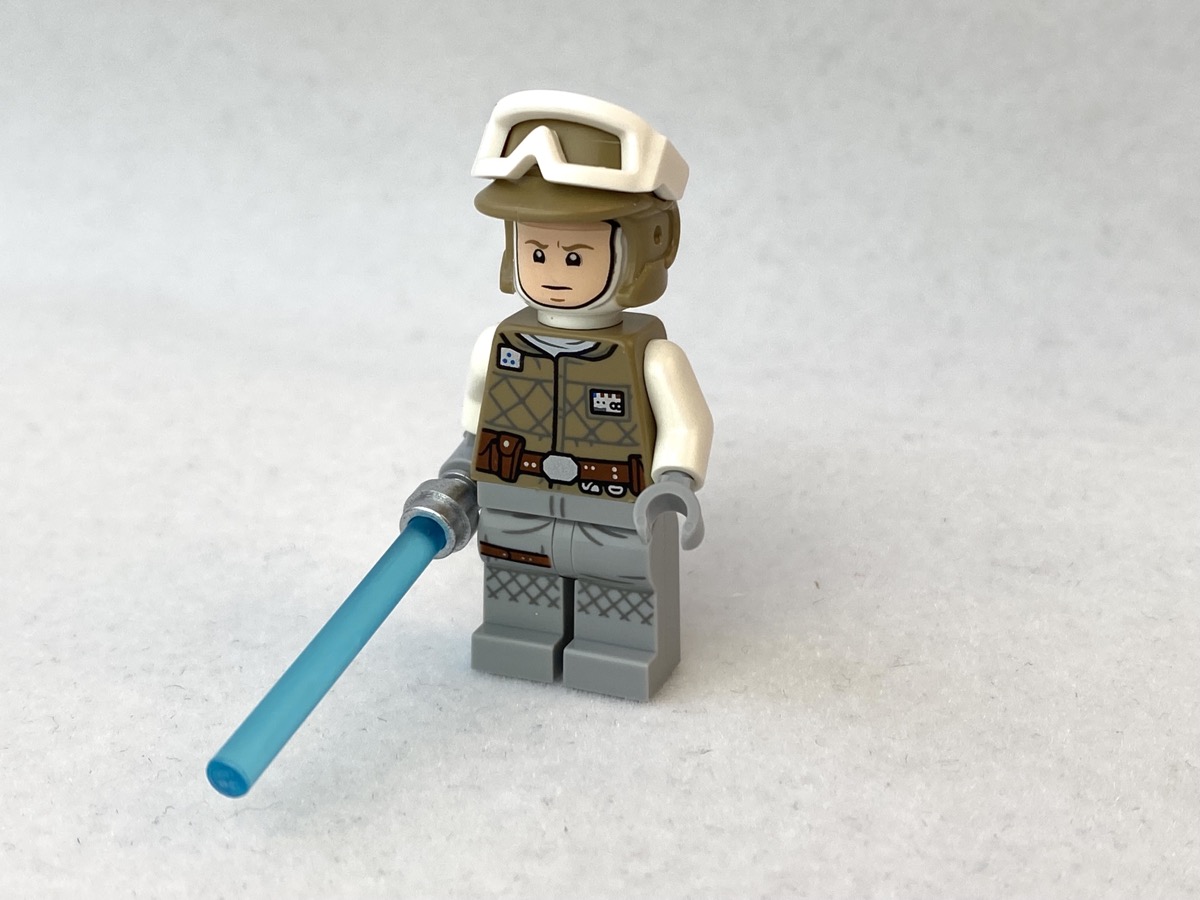 Okay, it’s not a Rebel Hoth Trooper. It’s something better: Hoth Luke! The unexpected upgrade was certainly a nice surprise. This version of Luke appeared in only one other set, 75298 AT-AT vs. Tauntaun Microfighters. I never got that set so this is my first exposure to this fig. And as excited as I was to get such a nicely detailed figure of Hoth Luke, I experienced an equal amount of disappointment. ‘Cause see, just in case this is also your first exposure to Hoth Luke, the head is double sided and the stupid thing is that the hat is designed in such a way that viewing it from the back gives you this unsightly sight: 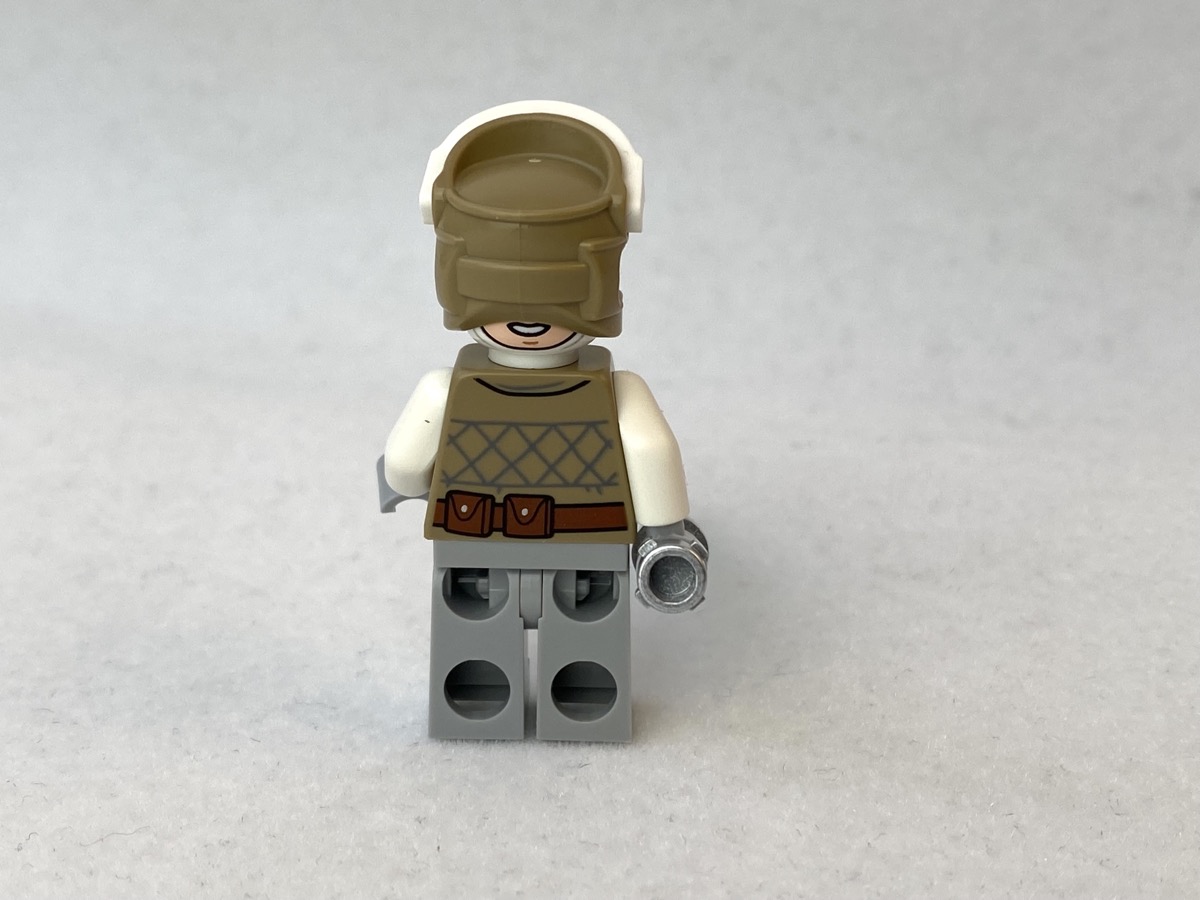 You see the bottom of the second print peek out just under the hat. I can’t figure out if the hat was molded in such a way that it was designed around a neck accessory like a scarf or a backpack even. I can’t be bothered to look that hard cause honestly, if it was that other accessory should have been included. I admit it’s a sharp looking figure with just the right amount of detail that I appreciate, but the back view is just stupid and ruins it for me.

Okay, it’s a day divisible by three, which means we get a minifig! I wonder who it’ll be… 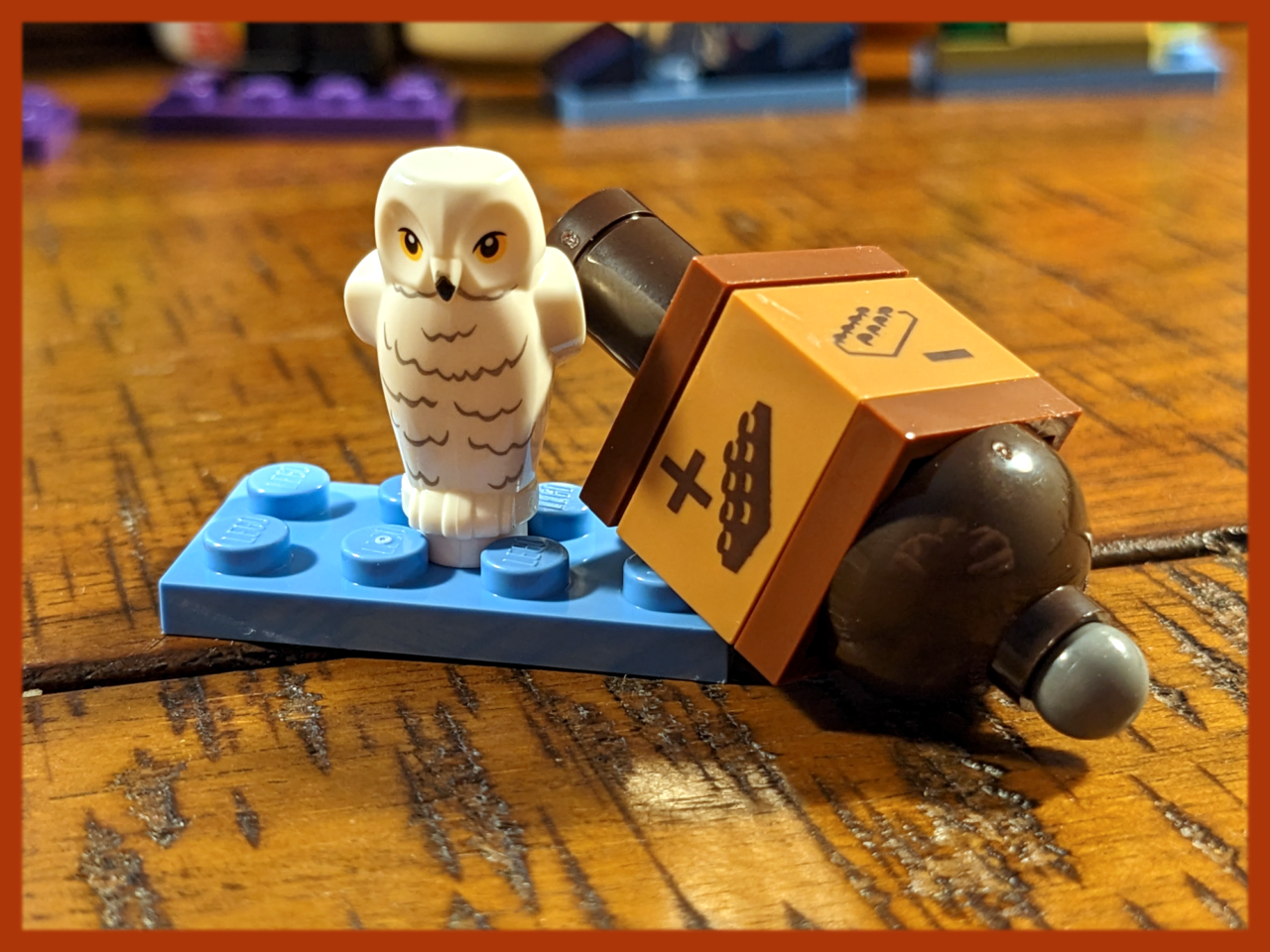 We also get a little spinner to correspond with the “game” that this advent calendar is really trying to shove down my throat. I explain how it works in the video above, but the point is – it’s kinda rough and not really strategic? You just spin and either win or lose eventually.

The hot sauce – ASS KICKIN’ BACON – is pretty much what it says on the label. It’s kinda hot, and then your mouth gets filled with the taste of a whole lot of liquid bacon. I did not love the experience.

I’m pretty disappointed to be honest, but hopefully we’ll get some cool builds in the next two days. 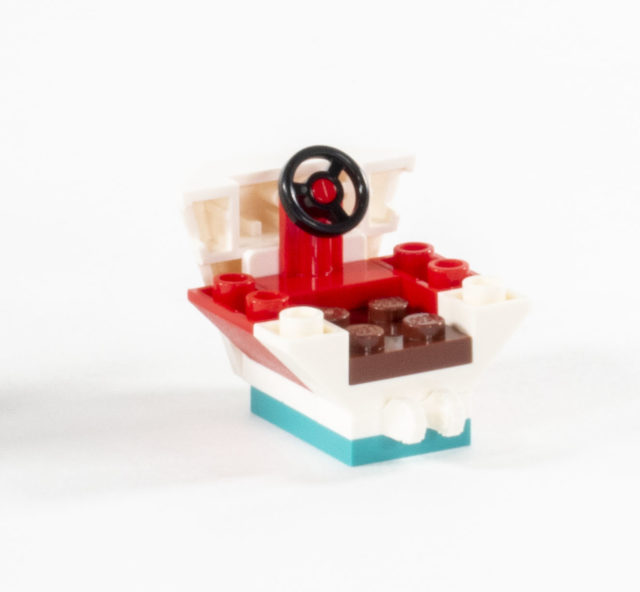 Oh, great, another multi-day build. Apparently we’re getting… a sleigh or a cart or something I guess? Honestly, I was almost tempted to take a picture of my facial expression in building this instead of the build itself. This isn’t just a miss, even if it wasn’t a multi-day build, it’s lame.

The phrase “you can’t judge a book by it’s cover,” like so many phrases, is often is wrong as often as it is right. I’m not even going to make a joke about how people don’t buy books (print book sales have actually steadily been rising year over year for some time), but book art is often just lazy and boring anymore, so you can’t judge it because it says nothing. But the largest thing is usually the cover, and if it says something like, say, that Bill O’Reilly contributed to it I know that it’s going to be full of nonsense and idiotic alt-history, or if it’s John Grisham it’s likely to bore me to tears.

In the Warhammer community, you could also turn that phrase on it’s head with something like “you can’t judge a player by their army.” Except, sometimes, you totally can. Not gonna lie, Warhammer, like so many “Game Store” hobbies, and nerdy things in general, has a stereotype stuck to it that’s often earned. It wasn’t a shock to people in the hobby that Games Workshop had to issue a big press release to tell their players “if you’re a Nazi asshole, you’re not welcome here” last year – literally. The setting is “grimdark” and built as a sort of satire where the focus group is a pseudo-fascist theocracy.

The saying I mentioned at the start is that there are no good guys in 40k, and there are more than a few players who either don’t get that, or don’t care and overlook that fact. It’s not helped by the fact that individual stories often write about heroes, good people, or things like that, or just sort of look past that part of it in the grimdark… but it’s also not a unique thing for fans to miss the damn point and start embracing the wrong things as the hero (see… Star Wars, Rick & Morty, and just about every other property ever).

What does any of this have to do with the Red Scorpions, today’s little Chibi character? Well… they’re the chapter that you have a much higher than average chance of being able pick a player as someone you absolutely don’t want to be around, don’t want to play with, and probably don’t want anywhere near you or your store. This is the chapter that follows the letter of the law, believes in absolute purity, and sees anyone who doesn’t follow the Emperor exactly, the Codex Astartes exactly, and only deal with “pure” humans as inferior beings that are to be shunned or destroyed.

So in a grimdark future, full of a terrible human empire, they function as the worst of the worst representation of everything that’s wrong with the Imperium. They’re unbending, unyielding, and just awful. They don’t work with the Imperial Guard (the army of regular humans) because they employ “abhumans” (basically, the other “fantasy” races that also exist like halflings, ogres, etc). They don’t work or trust other chapters unless there are no other options, and they don’t revere any Primarch or draw ties to any founding chapter. It’s all just the emperor.

There really aren’t any stories or Black Library books for the Chapter, just supplements and rule books, but that doesn’t stop any of the fans out there from filling in all sorts of gaps. Not at all saying there aren’t likely some decent people out there who picked this as their chapter… just saying, most of them ones who have picked them probably picked it for other reasons.