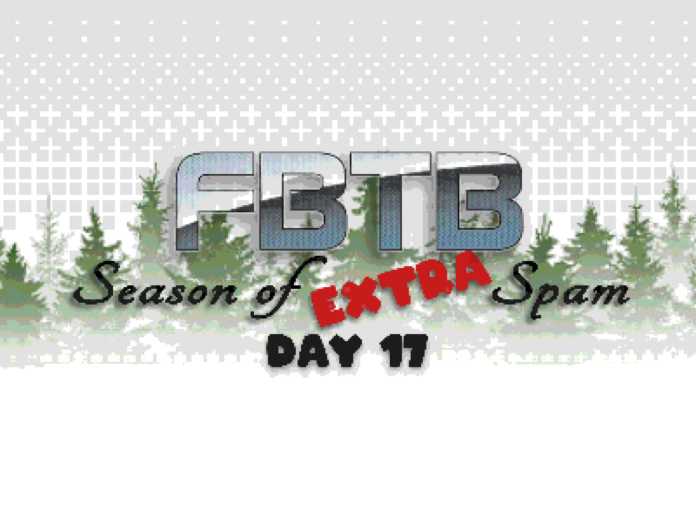 Ace got the dud yesterday while Nick and Eric were pleasantly surprised by their builds, before Nick was distracted by a shiny marine and Eric burst into flames. 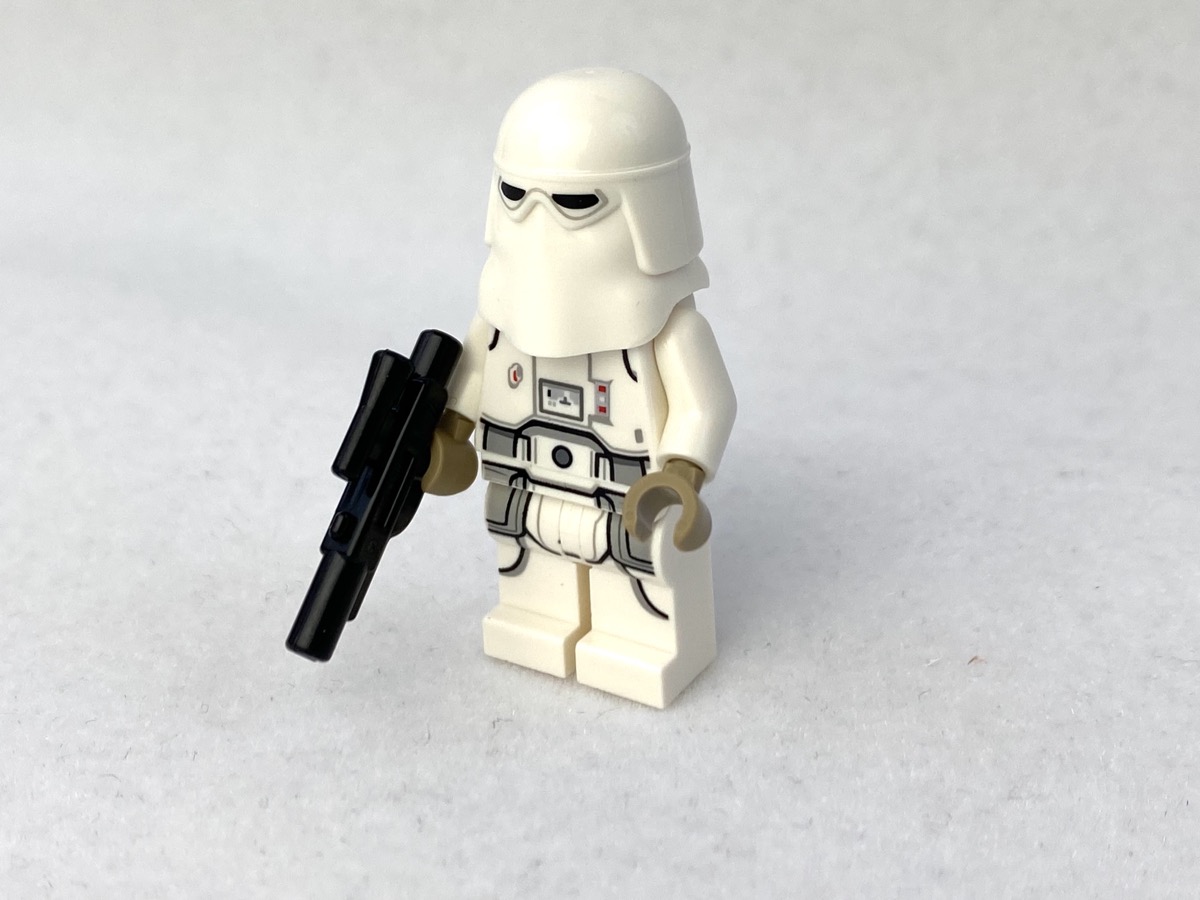 And here’s the man behind the curtain. Or in this case, the Snowtrooper behind the weapons rack and shooting hole. Except here, he already has a weapon. So what’s with the stud shooter? A backup weapon? I don’t know. I’m not a fan of the weapons-rack-one-day-and-trooper-minifg-the-next combo deal we seem to get annually. I should have taken a pic of the head under the cowl because it wasn’t the usual fleshy head we get. I think the only thing that could make the Snowtrooper better is if it came with a soft goods skirt. I’m rambling I know. I’m trying to figure out if I like this figure or not. It’s not the shirtless Stormtrooper I theorized we were going to get, so I guess it’s a pleasant surprise. Thumbs up it is then.

In other news, my other calendar came. I’ll probably be able to get all the posts updated by Monday.

Okay, full disclosure: I did an inventory of the sauces remaining. Now that the reaper’s behind us – I think it’s smooth sailing. I might not even need milk. Thank God, because this holiday is stressful enough already.

Wow what a build. WOW. By far the worst so far – it’s supposed to be a bowl. It’s not a bowl. It’s a button. This is like a first draft build, and I am shocked that this is the one LEGO went with. Again, Half-Bl ood Prince is not the greatest movie, but there are still some good scenes to adapt. But nope – couch man and bad bowl are all we get. 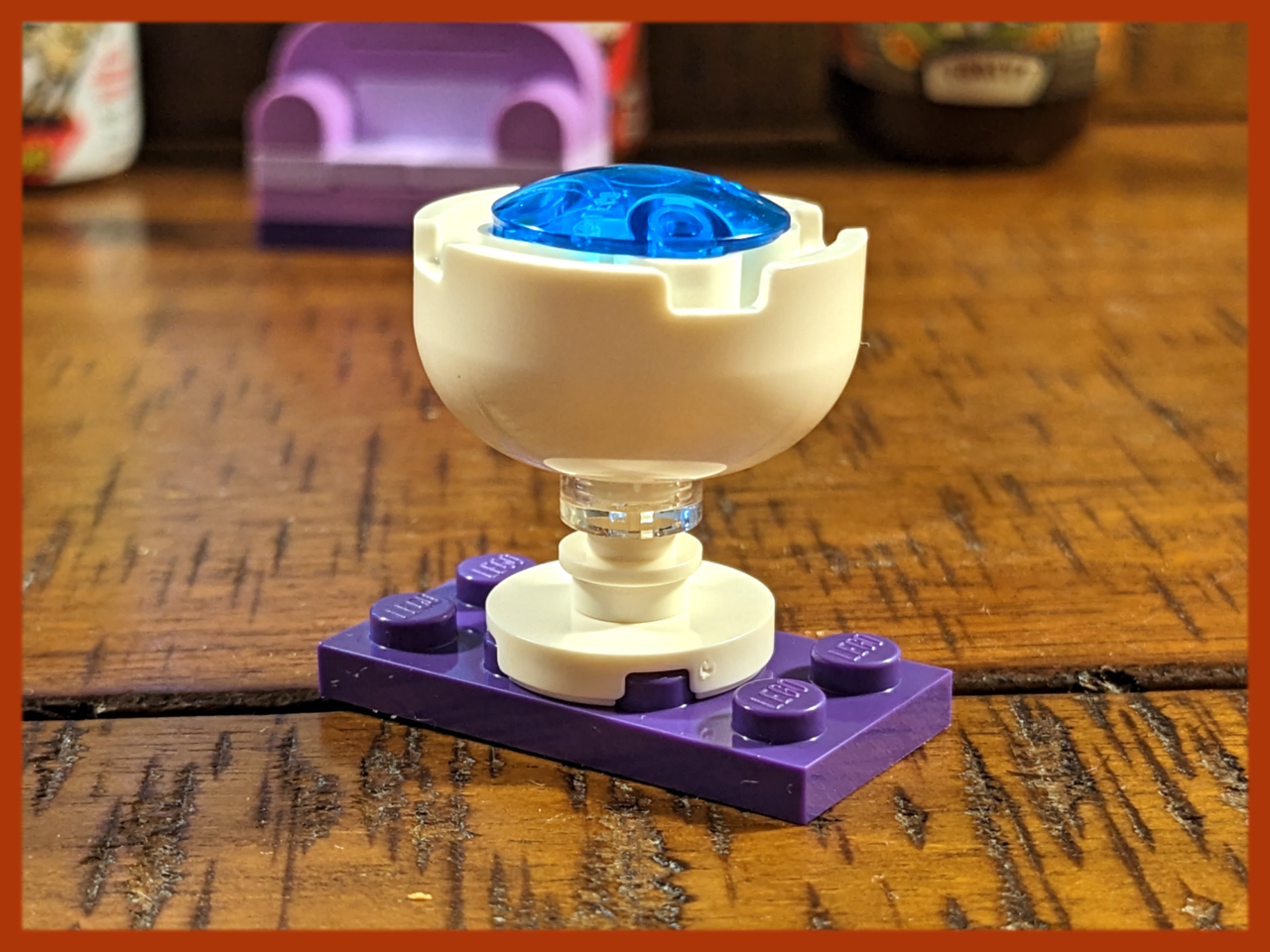 I mean, seriously? That’s all I’ve got to say.

But shout out to today’s hot sauce – PINEAPPLE PAPAYA BBQ. One of the few sauces that is actually really good. 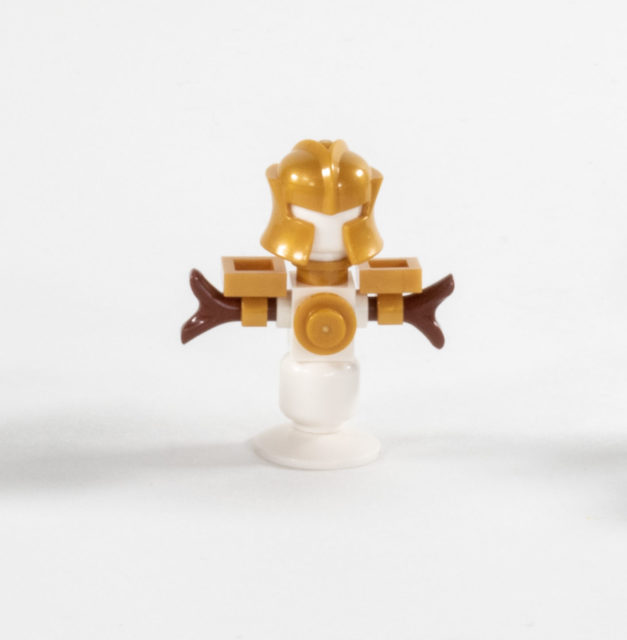 I look at this and suddenly the Frozen song flies into my head, but honestly, I don’t want to build a snowman. I should love this thing, but… I just don’t. Yes, it’s holiday, and on theme, but the proportions on it are just so weird. The giant arms, with the tiny center, together, it just looks off. That it’s Thanos is a nice, but even a tiny something like snowballs, or a target, or something else to jazz it up would help. I don’t know how they could grow the bottom or the center more to fix the proportions, either, or maybe make it taller, but it needed something. It was close, but still feels more a miss than a hit.

Anytime someone tells you that Warhammer 40k is a serious game, you have three things you you can always fall back on to deflate that argument in an instant:

They may be two different chapters, or they may be the same chapter, 40k is all hinged on both the unreliable narrator overall and the fact that there are contradictions all over the place. The timescales, the distance, and the sheer amount of things happening fill it all with things that change or may not make sense.

That whole unreliable nature comes big into play, making these either a new (2nd founding – or just after the Heresy) or 23rd founding (37th millennium). They’re a fleet-based chapter, and until very recently, didn’t even operate around a home base, instead just moving as a nomad fleet from engagement to engagement. They also tended to really lean into the whole shark thing and decorate their armor with scrimshaws and talismans, which, you know, is a look. YouTube painter Dana Howl did probably the best conversion of one of a Carcharodon marine you will ever see.

Like a lot of the other successor chapters we’ve gotten that have showed up in Black Library stories or supplemental books, the Carcharodons were involved in the Badab War. That conflict was one of the larger ones in more recent years which did not involve the old-school traitors, instead making new ones and involved a bunch of marines intentionally, and accidentally, turning against the Imperium. Most of these happen in a great old series called “Imperial Armor” – which unfortunately Games Workshop has repurposed as a book for people (like me) that provides rules ludicrously overpriced resin models from ForgeWorld, but no longer have the buckets of lore that they used to. Maybe with the recent move away from Resin and stuff increasingly moving to plastic (thanks to the relaunch of Horus Heresy under the GW banner), it can come back.

And with it, the Space Sharks can reign supreme!