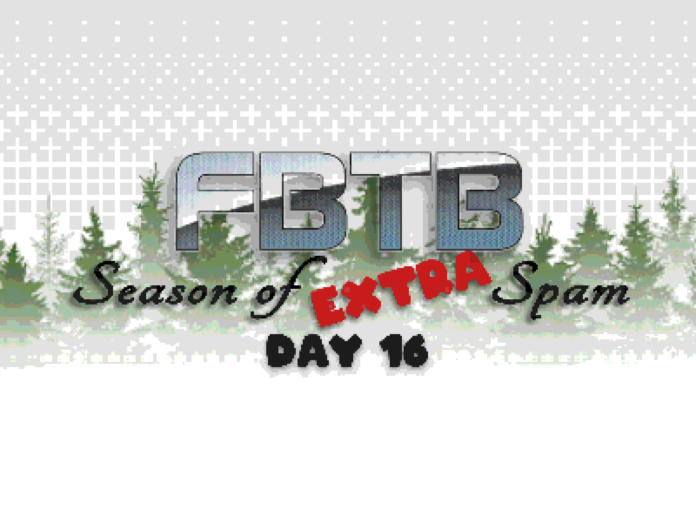 We’re in real danger of Marvel managing to pull even here, while the Harry Potter advent is trying its hardest to be awful. Poor thing, you can never be as awful as your namesake’s author is, no matter how hard you try. 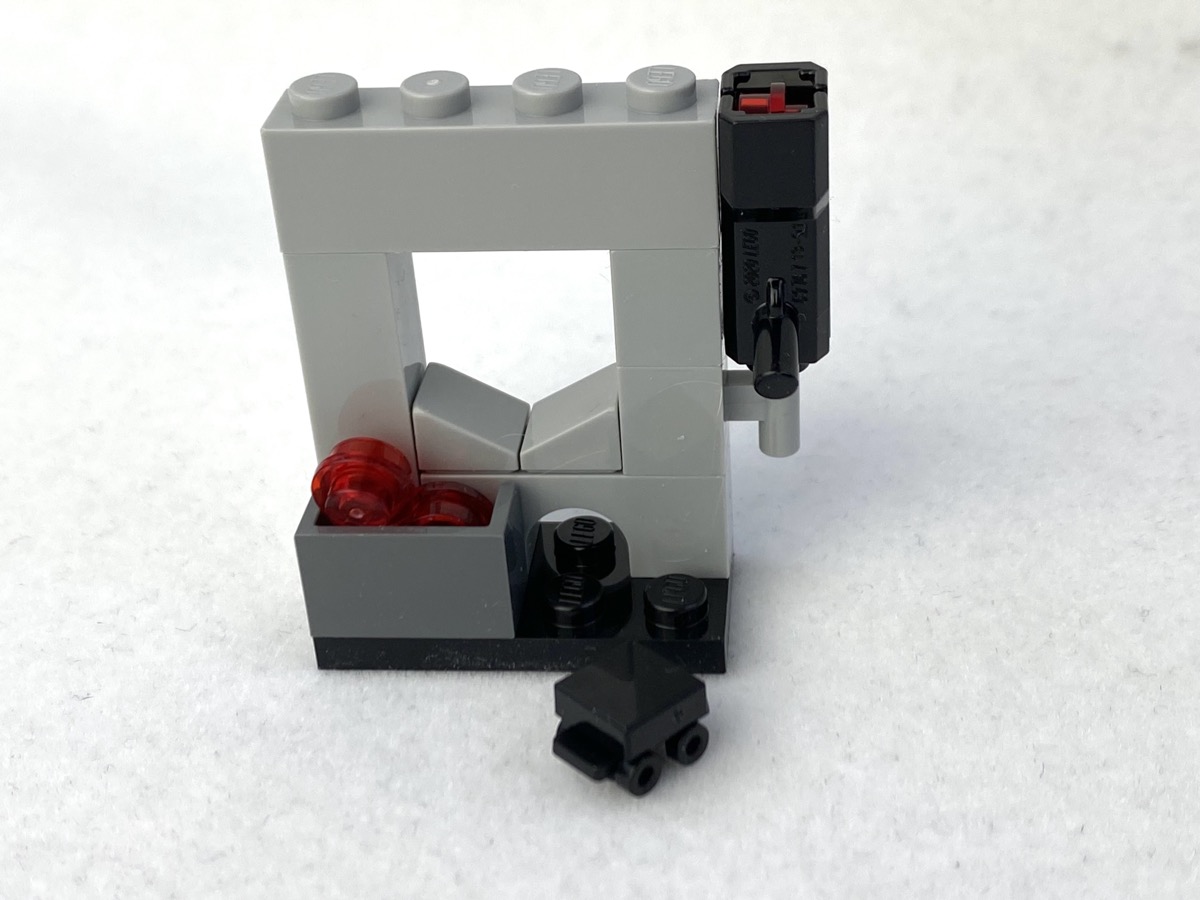 Oh look: a weapons cache! The blaster is mounted to the side of the window that I guess you’re supposed to shoot though. There’s a little pocket with two more 1×1 stud ammo pieces. There’s also a mouse droid. The mouse droid is made up by a 1×1 tile and a minifig rollerskate. It’s the best thing about the build. I guess we’ll have to wait until tomorrow to see what we get. I’d guess a Snowtrooper but given we got Beach Shirt Vader, I wouldn’t be surprised if it was a shirtless Stormtrooper or something similarly beachy. But without tomorrow’s build, by itself, it sucks no matter how endearing that mouse droid is.

Today we start with the Half-Blood Prince. You know, this calendar more than any other really makes me want to watch the movies and write up reviews. Might be a good idea for 2023 – I’ll think on it.

Anyway, let’s see what the first build is!

To be fair, I can think of only one good set piece from this movie, and I bet LEGO felt the same way (although we’ll see what tomorrow is) – so they threw in a second minifig: Horace Slughorn. The couch version. 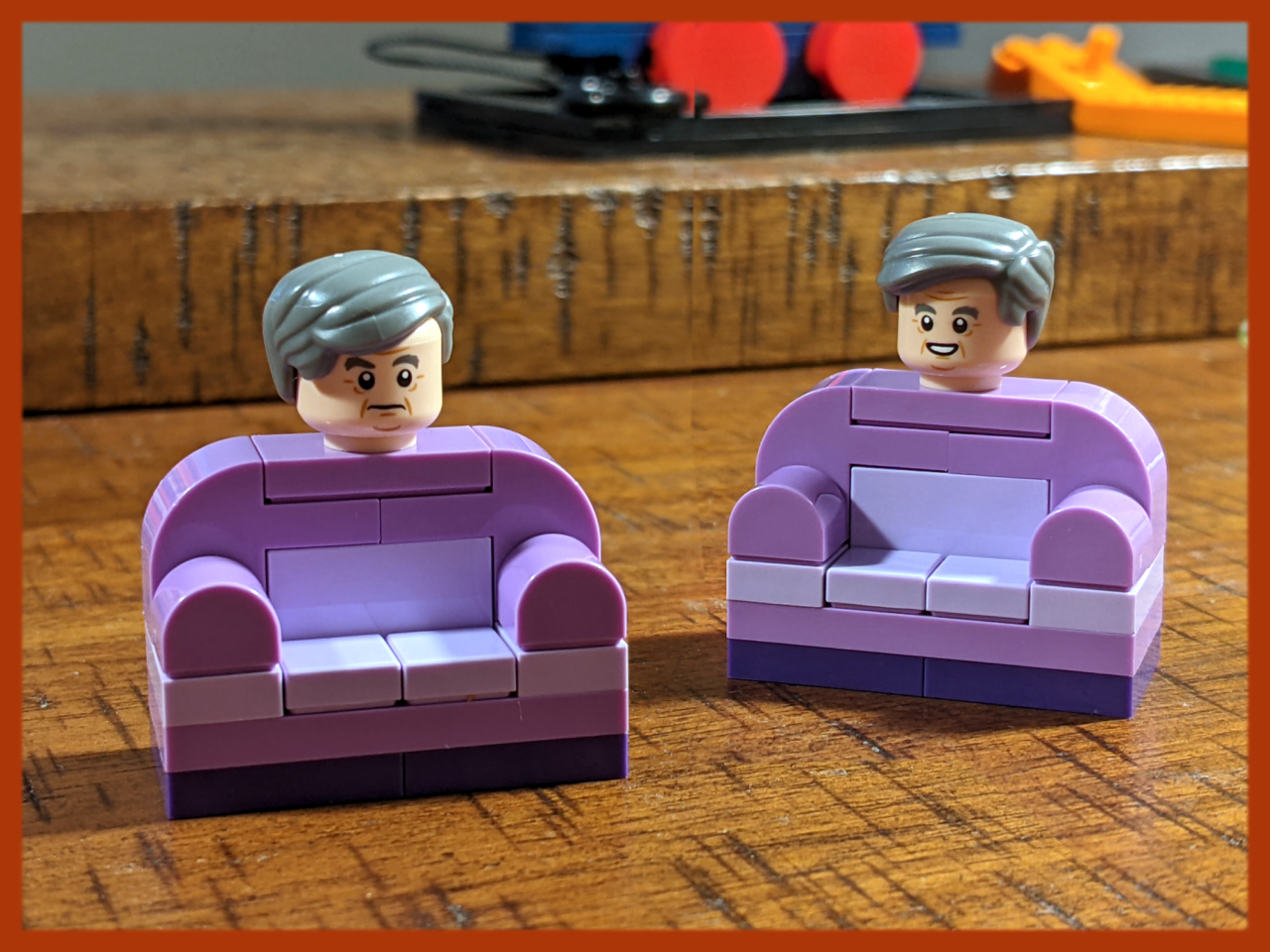 If you’re very confused, he’s hiding from the bad guys. Harry and Dumbledore show up, and his head pops out of a couch. Apparently LEGO really liked this moment since I’m pretty sure you can also play as couch-Slughorn in the LEGO Harry Potter video game, too.

Personally, I like it. I like his dumb smile. It’s like he’s saying “yes, I know I’m a couch. I know this is stupid.” Plus, it beats LEGO throwing in, like, the Hogwarts Express because they didn’t have any better option for this bland movie.

Today’s hot sauce is called SPONTANEOUS COMBUSTION. Which, to be fair, is pretty much how the inside of my mouth felt. This is one of the hottest ones so far. Not ghost pepper hot, but right below that line.

I wonder what we’ll get tomorrow… 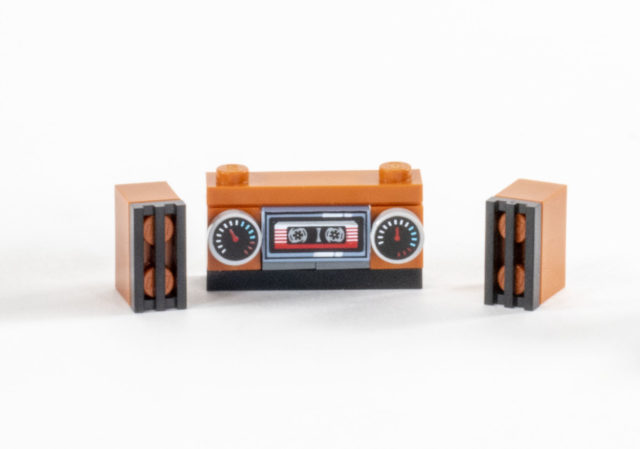 Okay, this isn’t a Christmas build. I’m honestly not sure it’s even a mini build… it’s just a great little build. This is a solid little thing and better than any of the little radios that ever got put into the Milano or the Benatar. It’s simple but fun, and a welcome change from all the awful we’ve gotten overall. Somehow, inexplicably, this calendar has managed three good things in a row.

It takes something rather spectacular in the galaxy of 40k to get the word “cursed” attached to something, but the 21st Founding of Space Marines somehow managed that. In the 36th millennium, the Imperium, for reasons, decided they needed more armored seven foot tall giants around to get to murdering heretics and xenos scum. Several new chapters were formed…

And, of course, our Copper-colored boys up there, the Minotaurs. Fun fact about the history of the Minotaurs, not even the Inquisition can dig into it. And they’re effectively like if someone decided to make a character by blending together Judge Dread, the Pope, Gandalf, and Magneto with far more questionable morals and an unshakeable believe that everything they did was right and critical to the survival of the Imperium. For some context, Inquisitors have the ability to end a planet without question, via Exterminatus. Full commanders in the Imperial Fleet, a High Lord of Terra, or someone like that can jump through hoops to do it, but an Inquisitor can just go “okay, no, this is too far, end it.”

And they’re not allowed to find out what the Minotaurs were all about back then. But hey, they’re totally cool now, and have been for a couple thousand years. It’s unknown who their Primarch was or what chapter they were formed from, and even their geneseed tithe -every space marine has two organs implanted to “grow” the material for the next generation of Space Marines – is sealed and protected.

While they follow the precepts of the Codex Astartes, they don’t divide their forces, they move as a whole Chapter, rather than company, as most others do. So when they deploy, they deploy in force. The Codex Astartes limited a Chapter to 1000 battle brothers, give or take (everyone, even the Ultramarines, finds ways to wiggle around that number), and a company has 100 brothers in it, divided into 10 chapters. A squad of marines is as powerful as some armies, a company is enough to secure most planets, but bringing an entire chapter every time an engagement starts… that’s just saying this bolter only shows up to chew bubble gum and smite the enemies of the Emperor.

And bubble gum has been declared heretical by order of the Emperor.